GARETH SOUTHGATE was the calmest man in the country after seeing England take a 1-0 lead against Italy in the Euro 2020 final. 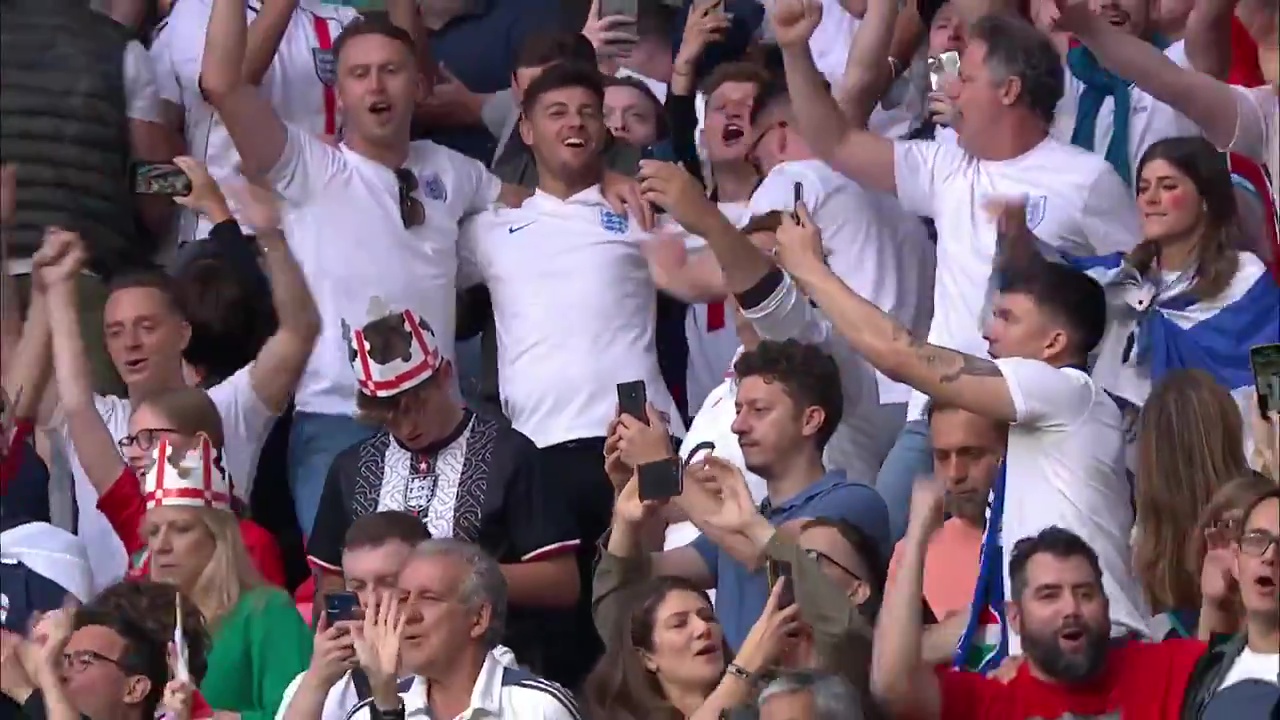 Southgate’s reaction was very different to the fans inside Wembley 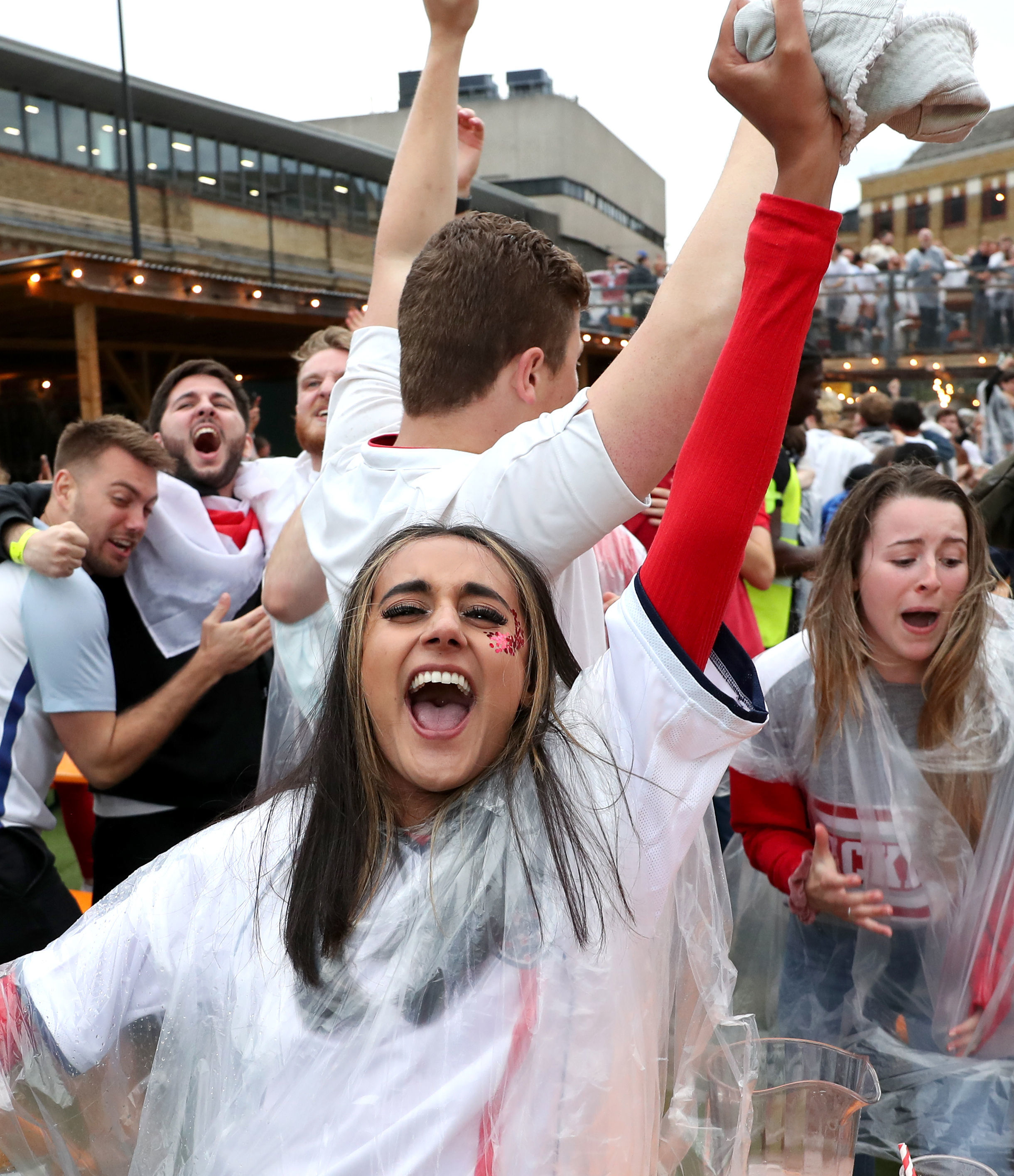 England fans could barely believe what they had seenCredit: PA 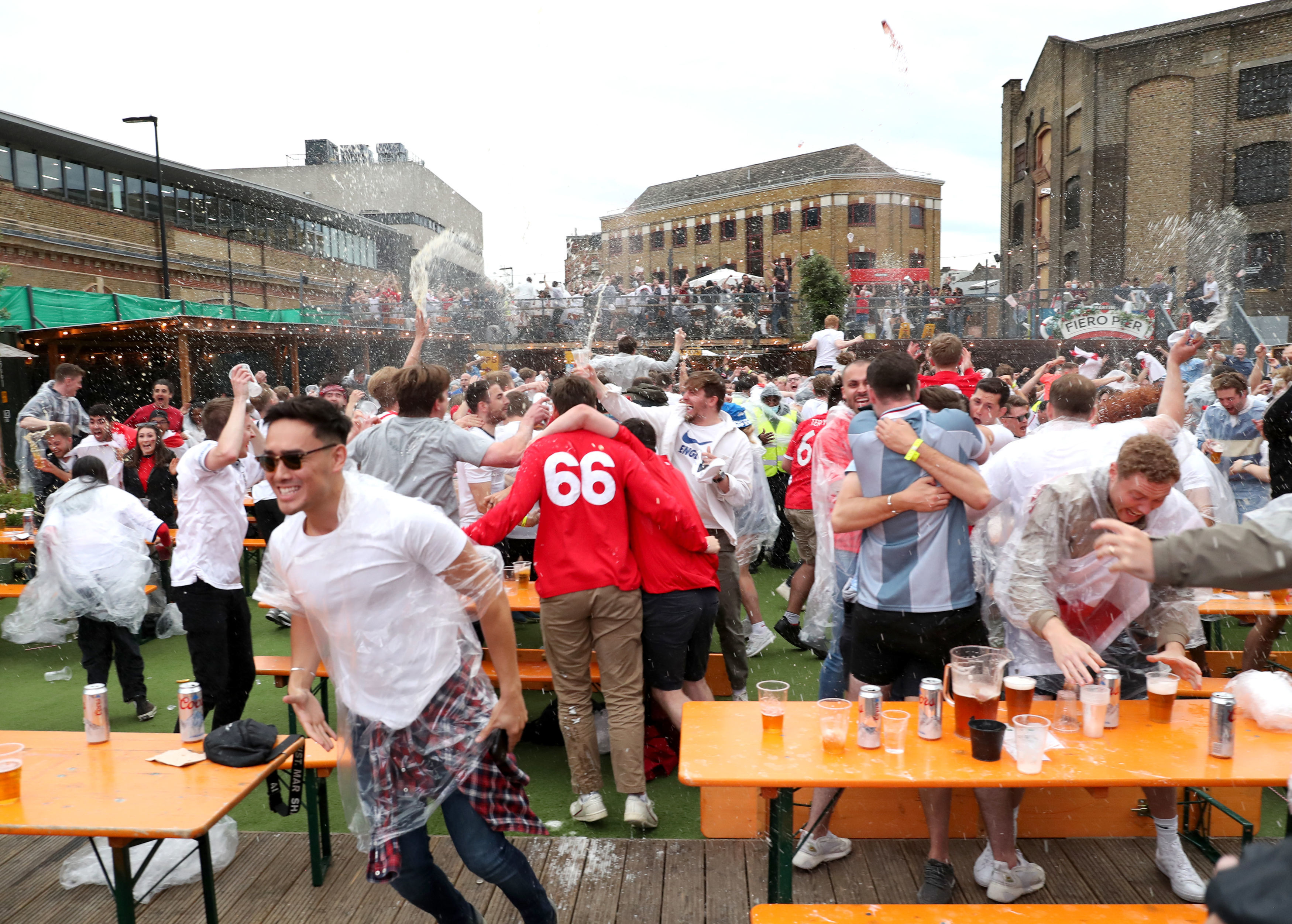 The party was starting all over the country after Shaw’s openerCredit: PA

Fans all around the nation were throwing their beers in the air to celebrate England taking such an early lead in their bid to end 55 years of hurt.

But the boss on the sidelines was much more reserved, choosing to politely clap the opening goal.

The former Southampton defender made no mistake with the goal at his mercy either, hitting the ball first time.

Shaw showed perfect technique to keep the ball down as it careered off the post and into the net past a despairing Gianluigi Donnarumma.

At just one minute and 57 seconds into the game, the goal was the earliest in European Championship final history.

The previous quickest was scored by Spain’s Jesus Maria Pereda at Euro 1964, when he scored in the sixth minute of his nation’s win over USSR. 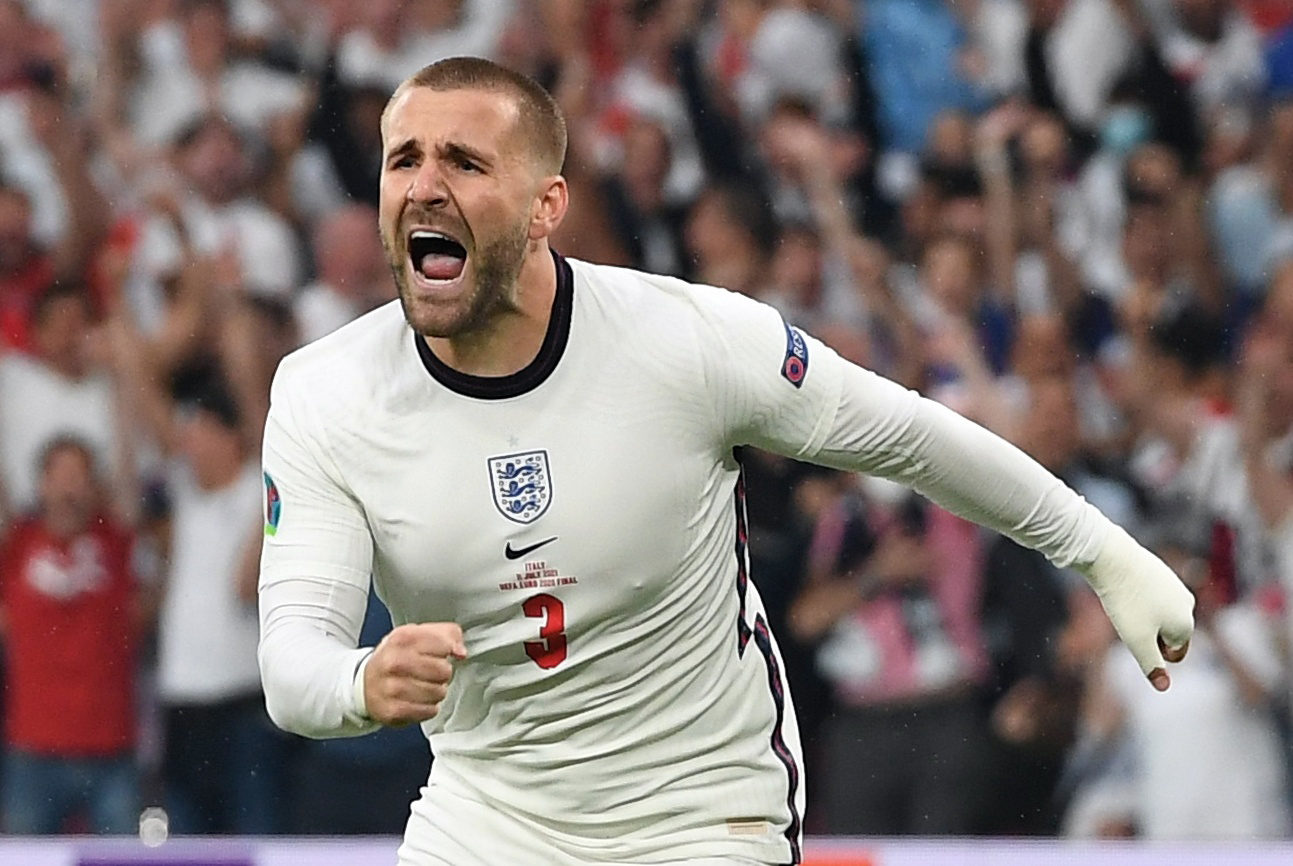 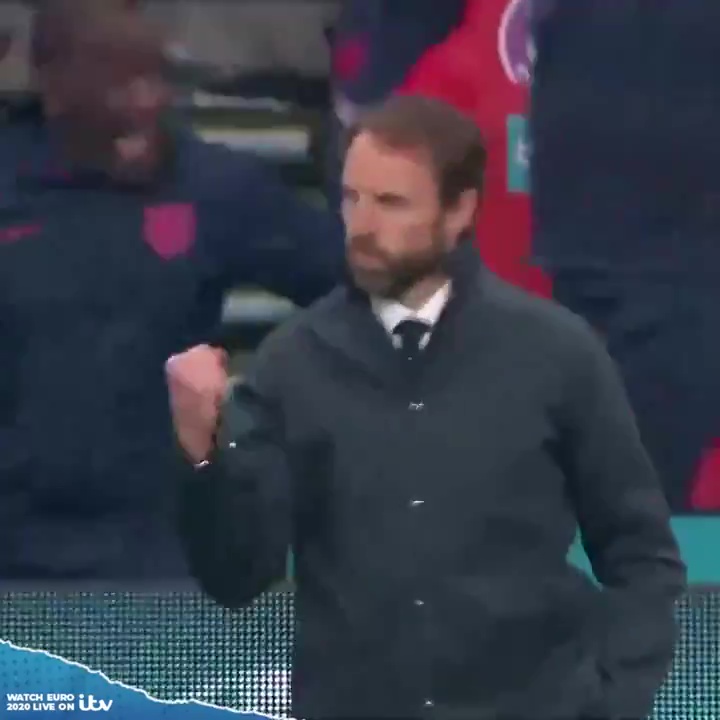 The Three Lions gaffer gave a fist celebration too 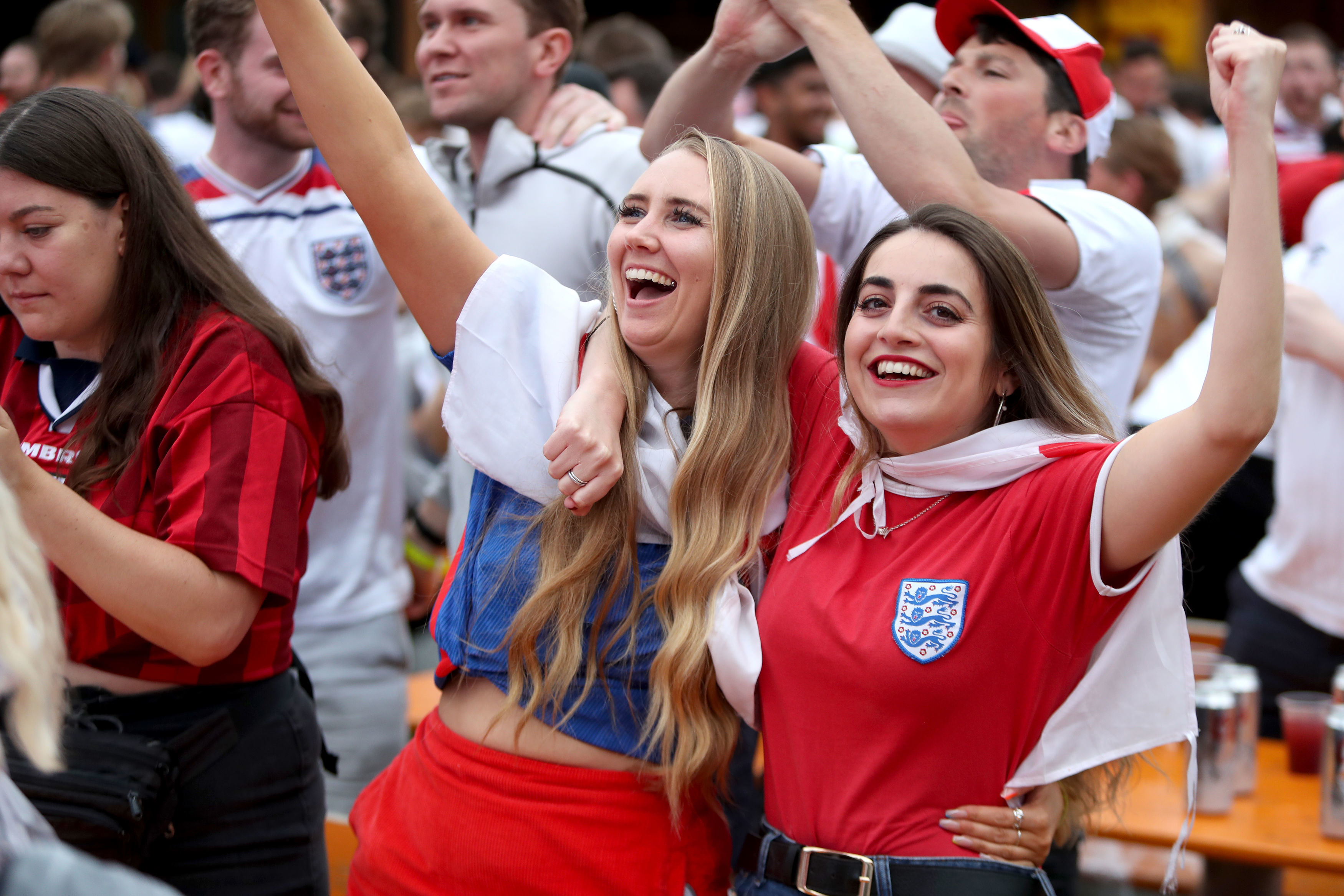 It was instant party time for England fans celebrating around the countryCredit: PA

Beers were chucked into the air after Luke Shaw volleyed England aheadCredit: PA

The goal was also England’s earliest goal at a major tournament since the 1982 World Cup.

Not only that, the strike also fell on the the eve of Shaw’s 26th birthday and was his first ever goal for his country in his 16th appearance.

Only Cristiano Ronaldo and Patrik Schick have been involved in more goals at Euro 2020 than Shaw now, such has been the England man’s performances at both left-back and left-wing-back. 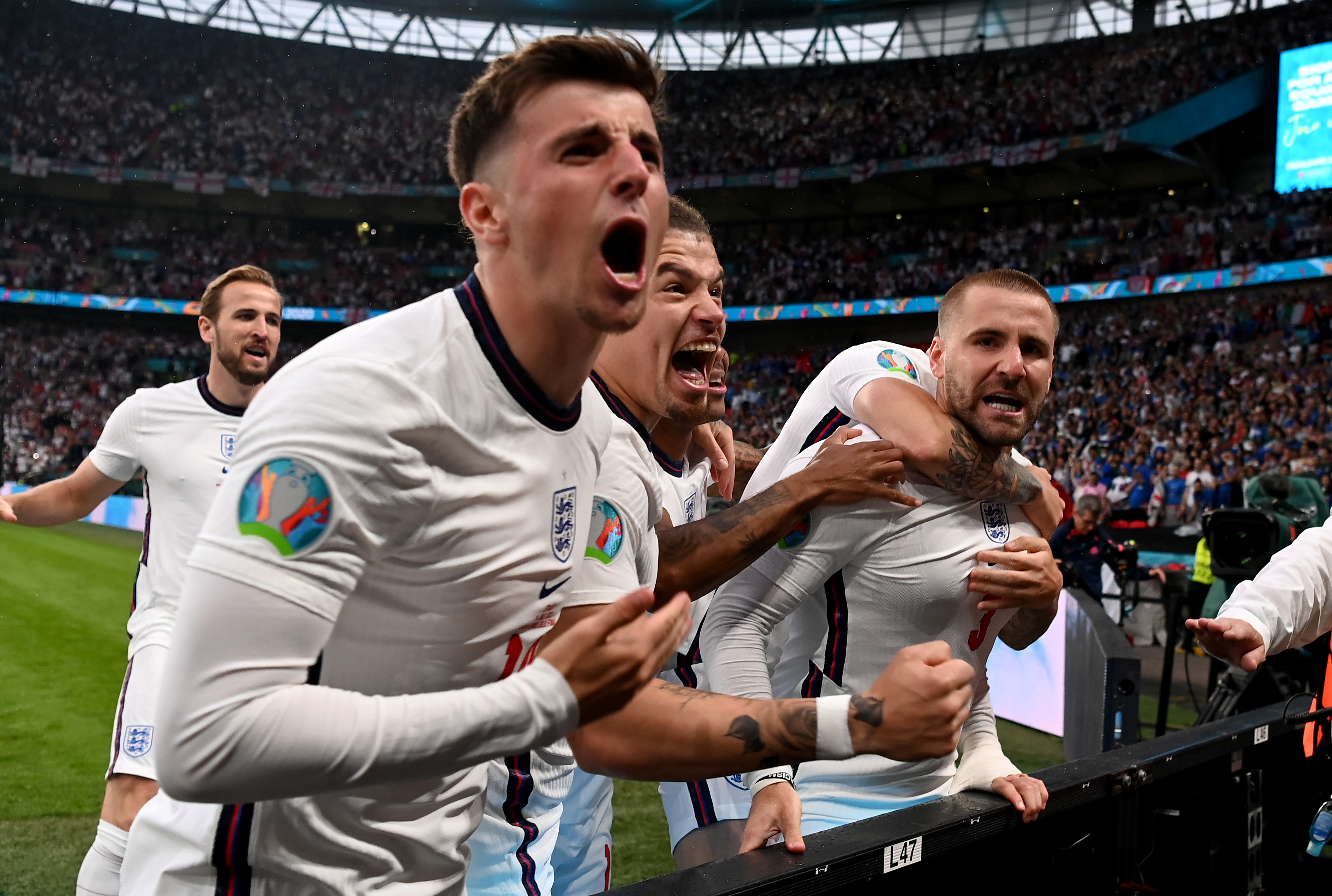