FOUR players were sent off in a fiery game between Sporting Kansas City and Colorado Rapids.

The bad-tempered MLS affair boiled over in the final seconds as a mass brawl resulted in three straight-red cards being dished out by ref Drew Fischer. 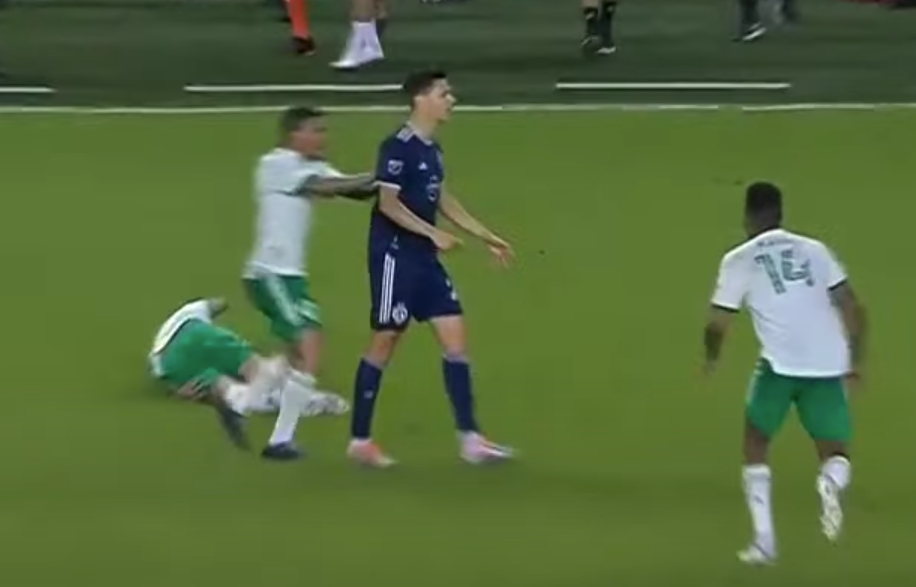 The Sporting KC striker was hit from behind by Lucas Esteves 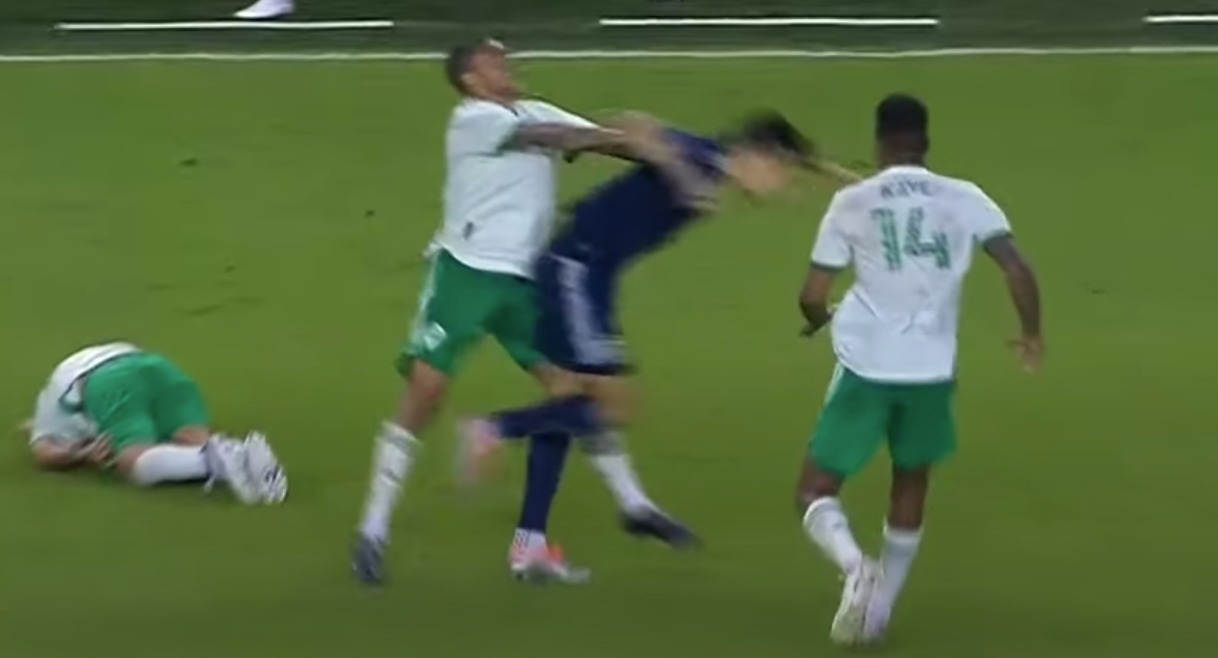 Salloi went flying but would see red after a VAR review 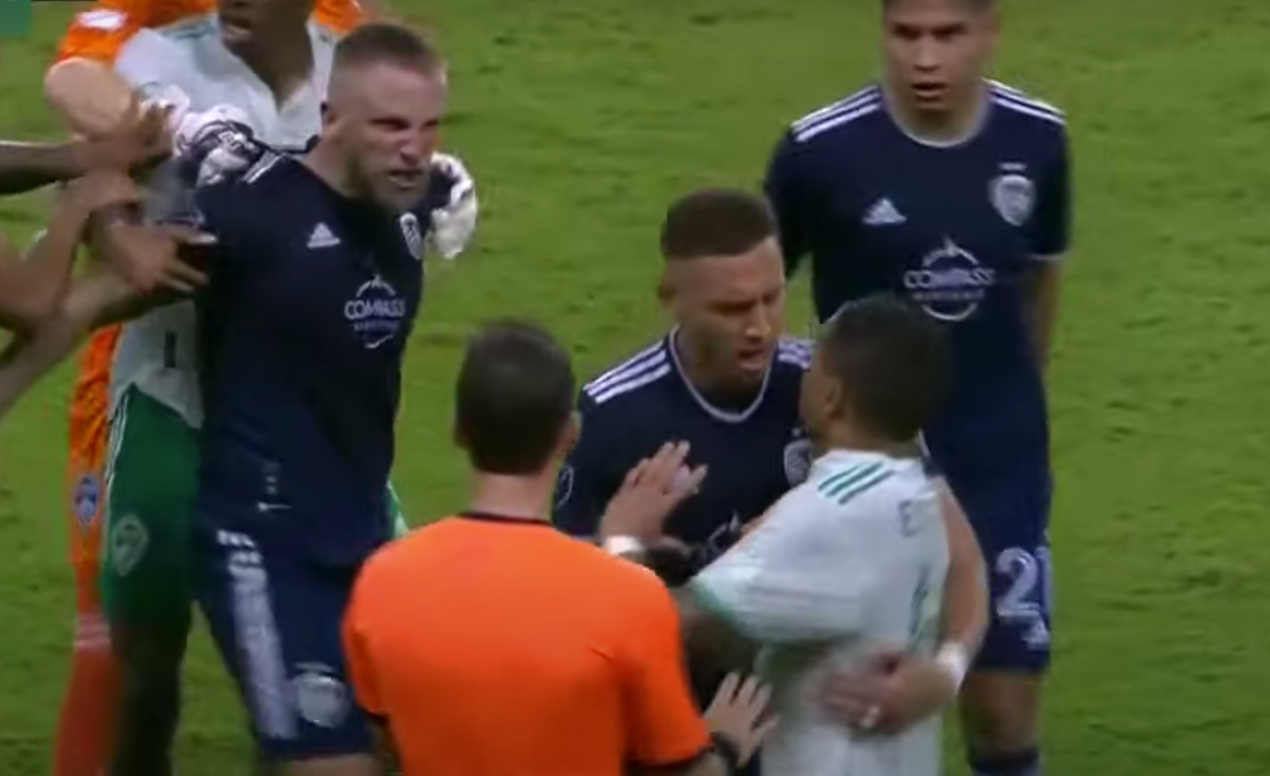 The fracas saw players from both teams pile in 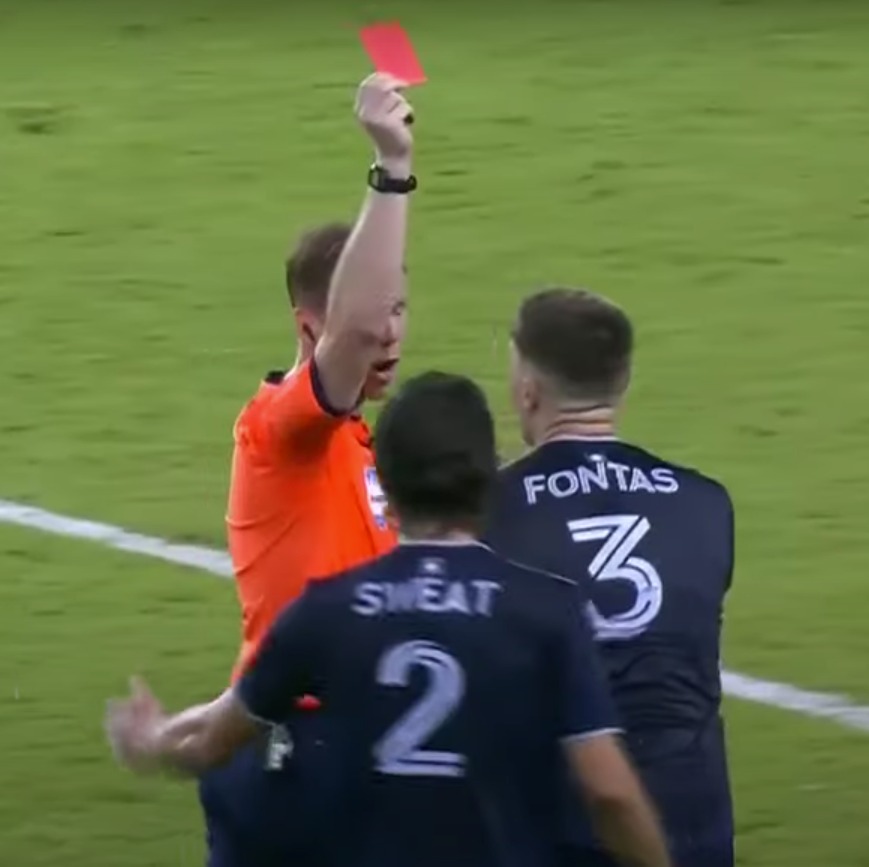 Leading 2-1 heading into stoppage time, Kansas City were holding on as the Rapids pressed for an equaliser.

But a stray tackle by Austin Trusty looked to end Colorado’s chances, with the defender receiving a second yellow card and his marching orders.

The worst was yet to come though, as both teams saw red in a crazy period of added time.

Although only four minutes were allocated, there were an incredible SEVEN total cards dished out in a frantic ten minute period.

Marinos Tzionis led the charge on the break for KC as they looked to put the game to bed, but was brought down by a late challenge.

The referee said no freekick and an enraged Daniel Salloi – who had netted both goals for Kansas City in the game – left a challenge in on Nicolas Mezquida.

That resulted in all hell breaking loose, with Lucas Esteves racing over to shove Salloi to the floor from behind.

Players from both sides piled into the brawl, with the referee losing control and the benches threatening to enter the field.

Rapids’s star Diego Rubio hit the deck after contact from Andreu Fontas with the coaches trying hard to prevent substitutes from getting involved.

Both Fontas and Esteves received straight red cards, before a FOURTH was dished out moments later.

Salloi had avoided a red for his initial challenge which sparked the melee, but after a VAR review he was deemed to have committed a professional foul.

The four red cards tie for the most ever in an MLS game, with the last occasion a game between the MetroStars and Miami Fusion way back in 2001.

Sporting Kansas City held on to win the game 2-1, a result which takes them off the bottom of the Western Conference.

It ended a barren run of seven games without a win.

The defeat is a blow to the Rapids playoff hopes with the side now sitting in eighth place in the table. 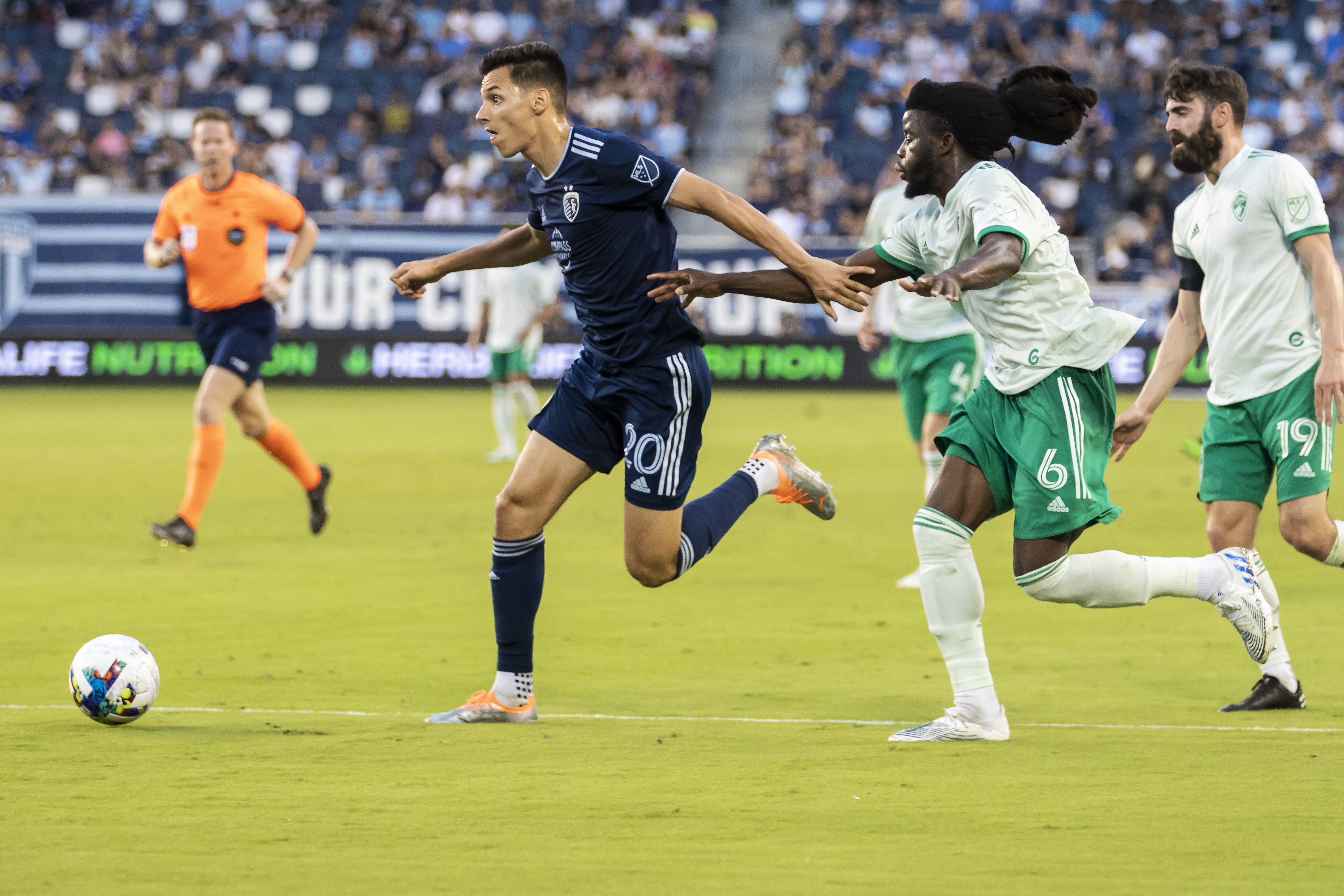 Salloi had netted twice to give KC the advantage before seeing redCredit: AP