CRISTIANO RONALDO sent a cheeky message to his doubters as he crashed in a first-half hat-trick against Cagliari.

The Juventus superstar has copped a lot of flak this week, on the back of his side’s disappointing Champions League exit to Porto.

That’s a first half HAT-TRICK for Cristiano Ronaldo! ? 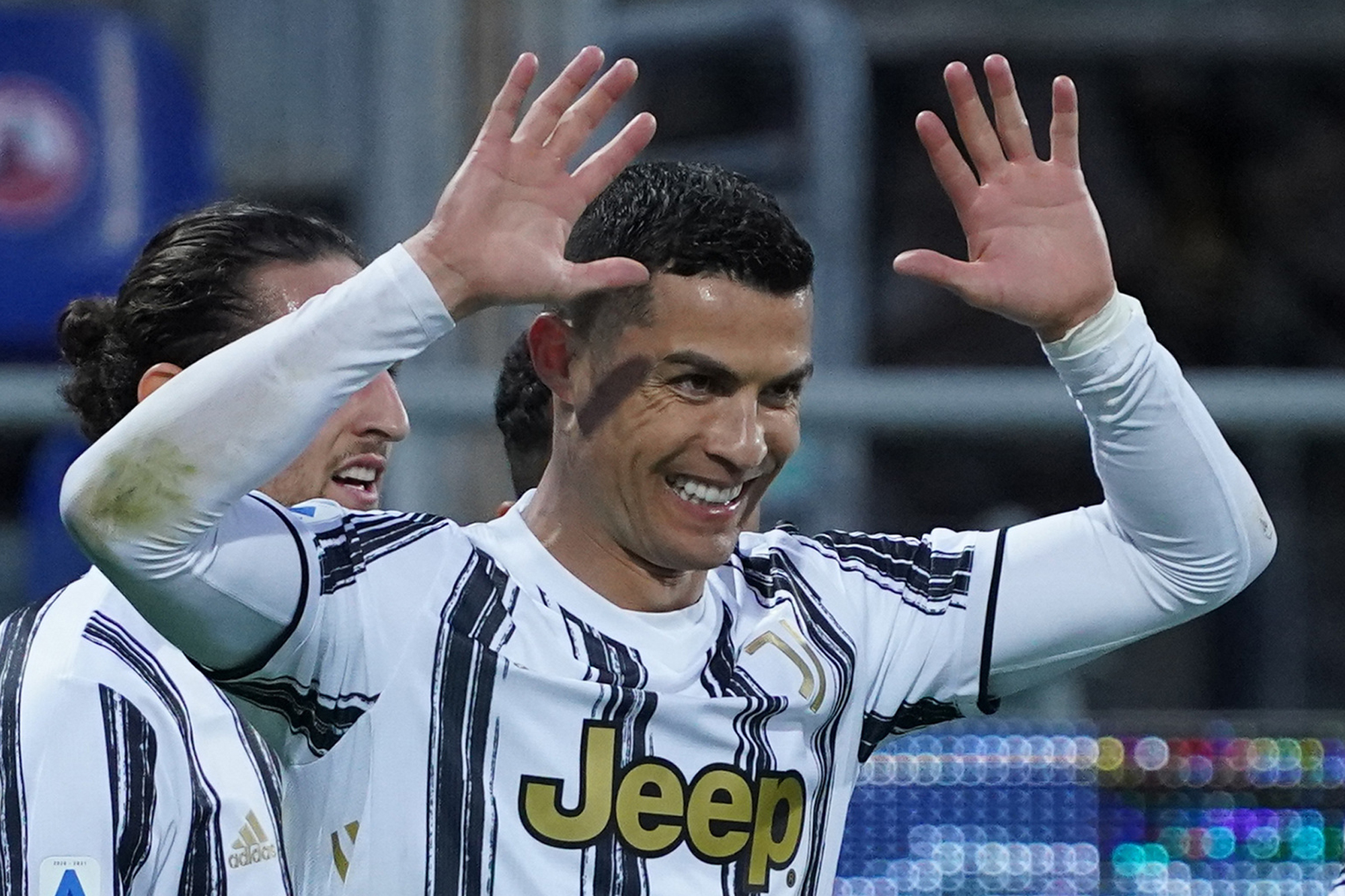 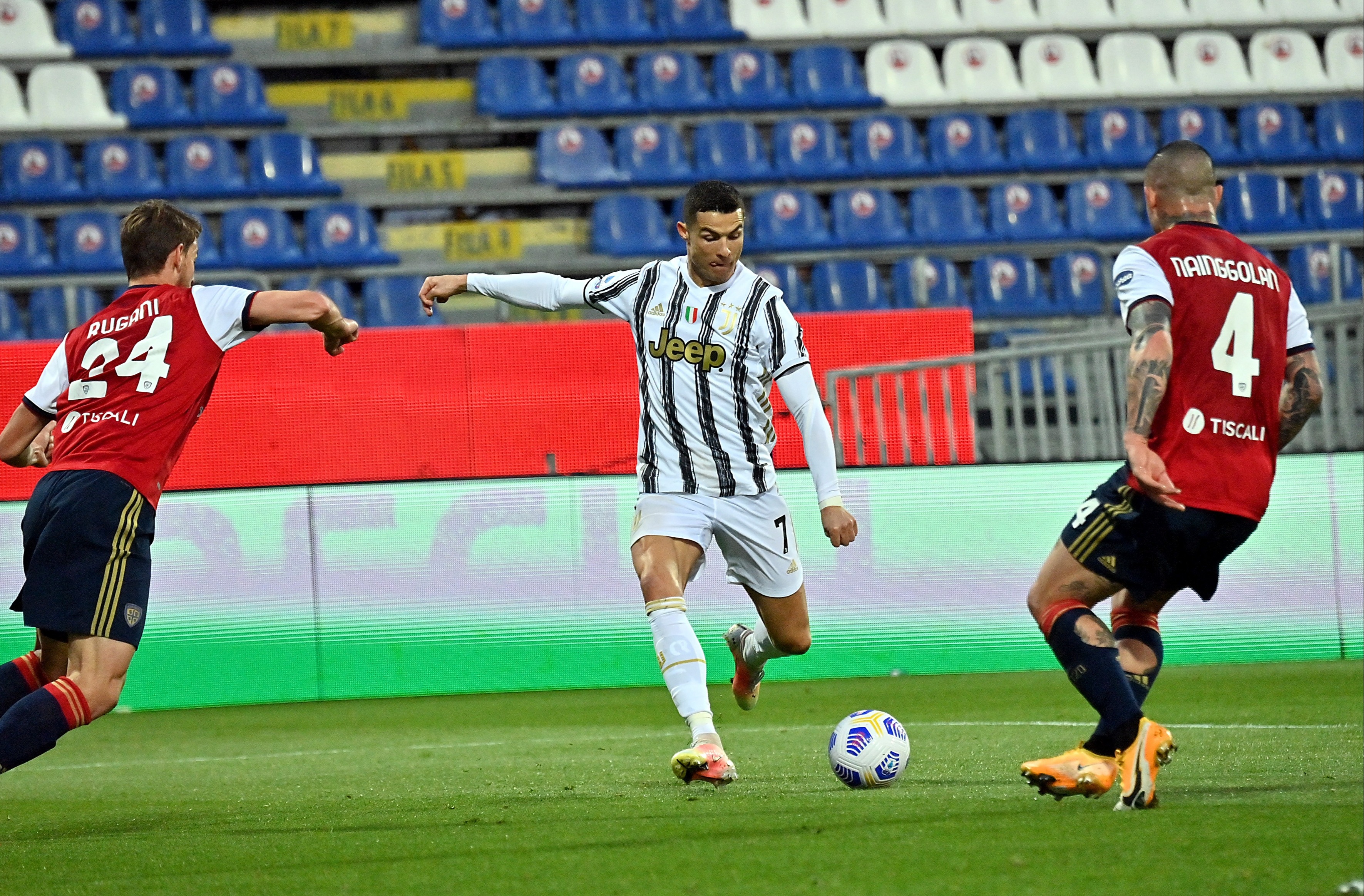 Reports have since surfaced that the Italian giants are even willing to cash in on the five-time Ballon d’Or winner for just £25million.

But in response, the 36-year-old smashed in a hat-trick by the 32nd minute of today’s trip to Cagliari.

He grabbed the first after just minutes, launching a trademark leap to convert a free header from Juan Cuadrado’s out-swinging corner.

And it was 2-0 around 15 minutes later, when he coolly netted from the penalty spot.

And at the end of his lung-busting run, the 23-year-old calmly found Ronaldo on the right side of the penalty area.

The former Real Madrid star chopped onto his left-foot, before rifling the ball past the helpless Alessio Cragno.

Cristiano Ronaldo powers in a header from the corner! ?

A trademark leap and an emphatic finish to give Juve the lead ⚫⚪ pic.twitter.com/kzC8CXV5rX 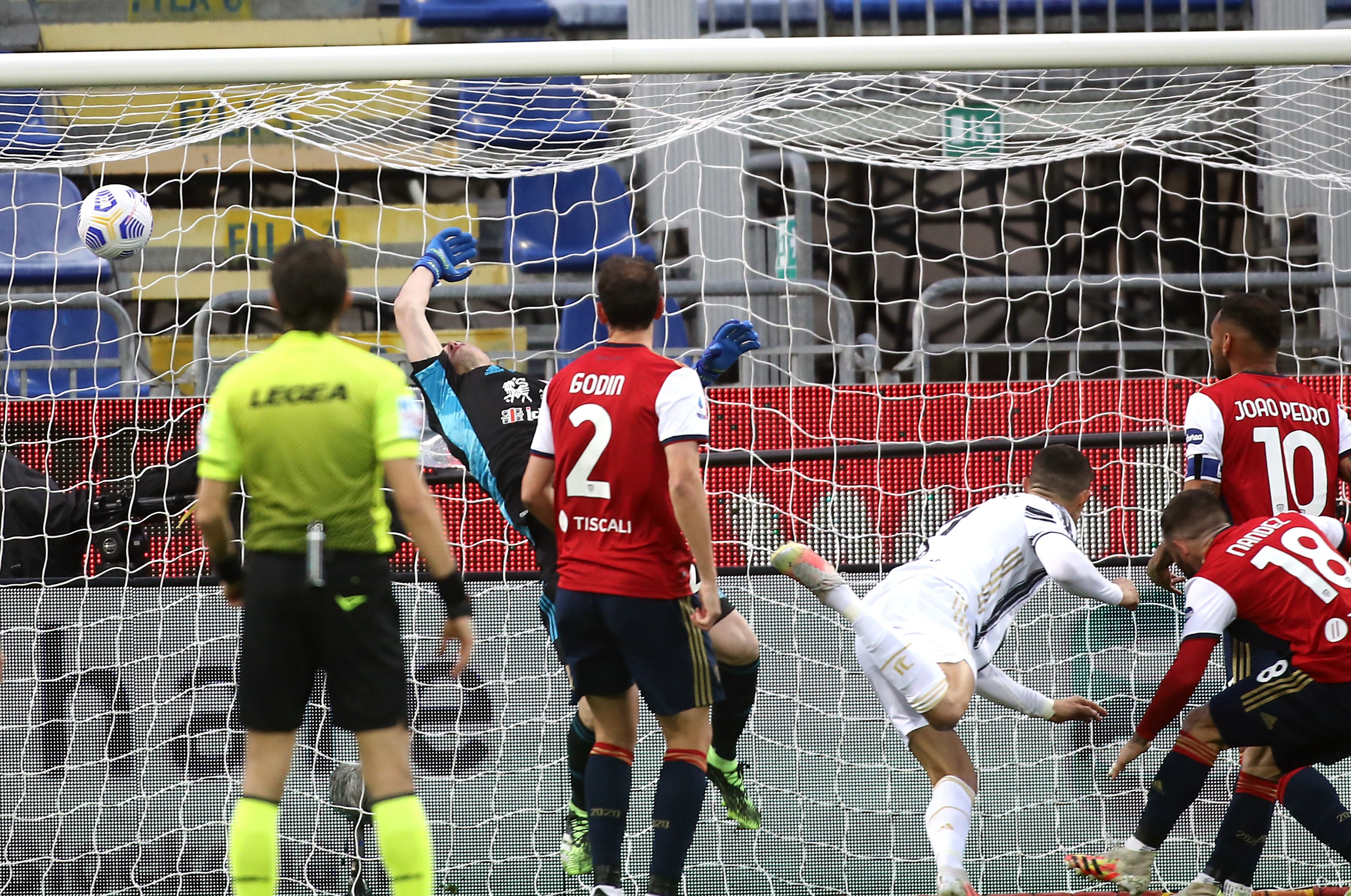 In celebrating the goal, CR7 ran to a camera on the touchline, before pointing to his ear in defiance.

Giovanni Simeone did manage to pull a goal back for the home side just after the hour mark.

But Juve held out to secure a big three points for Andrea Pirlo’s men.

The result sees them go back to within ten points of league leaders Inter Milan with a game in hand, after Antonio Conte’s side beat Juve’s city rivals Torino 2-1. 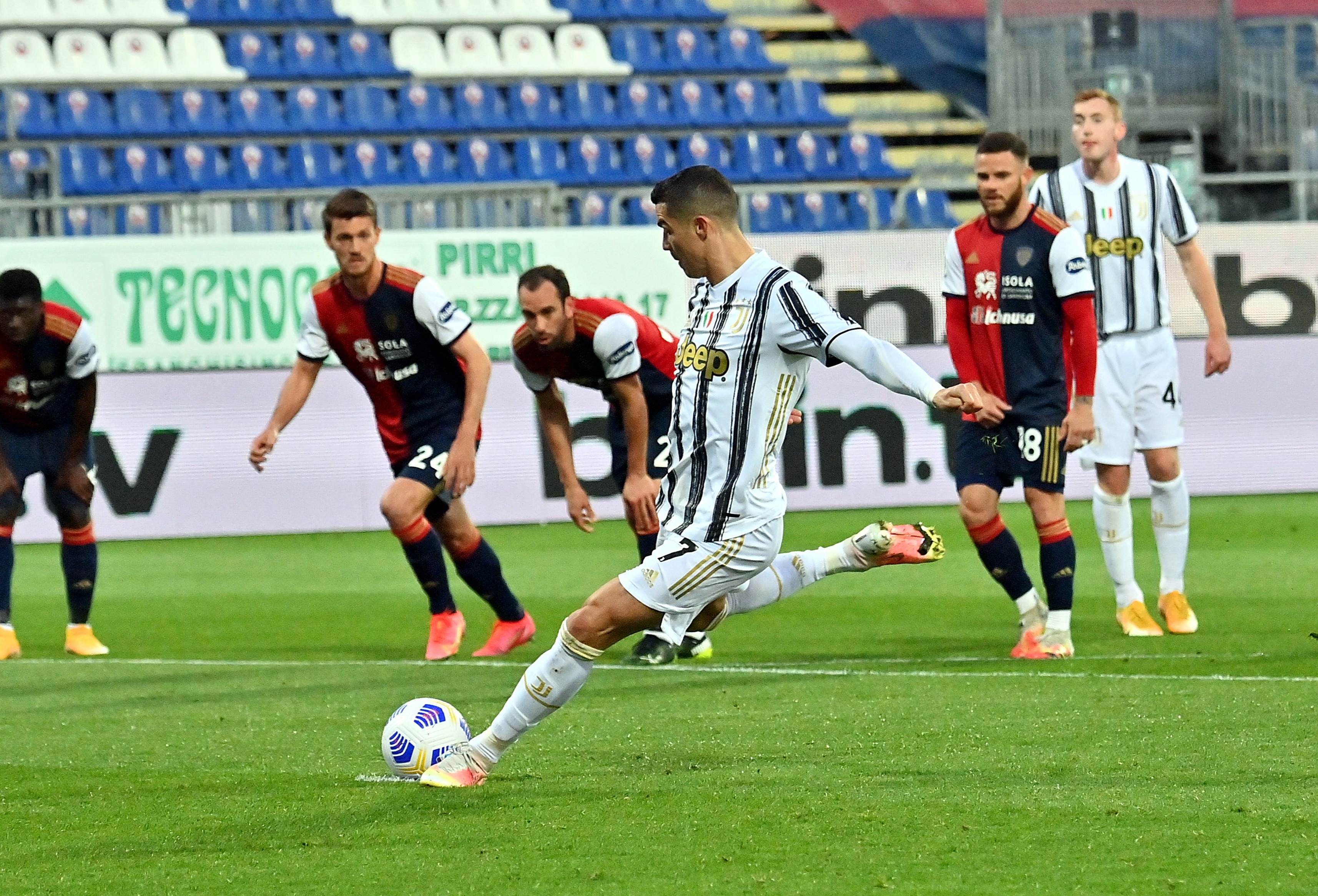