COULD one of the cleanest tackles of the season be “the best own goal ever”?

Coleraine’s Northern Ireland midfielder Josh Carson simultaneously won the ball AND lofted a 35-yarder past his own keeper. 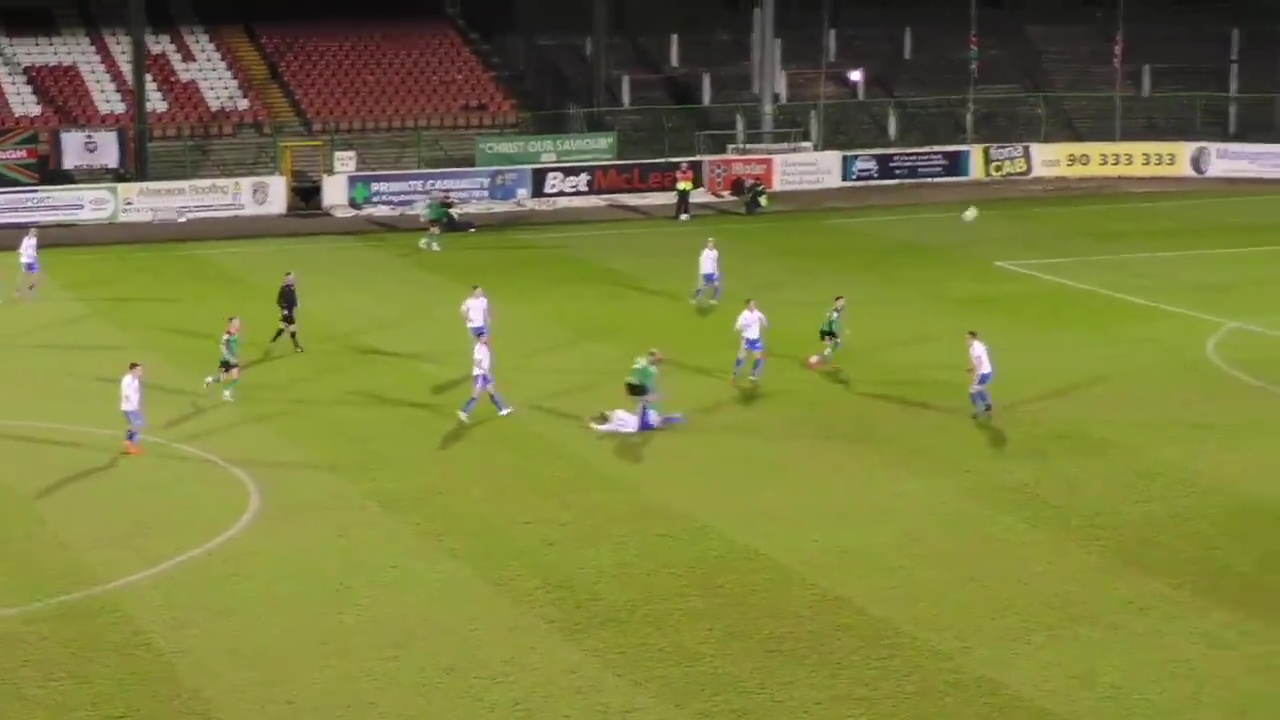 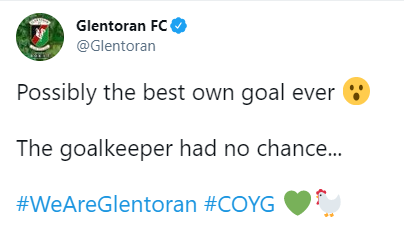 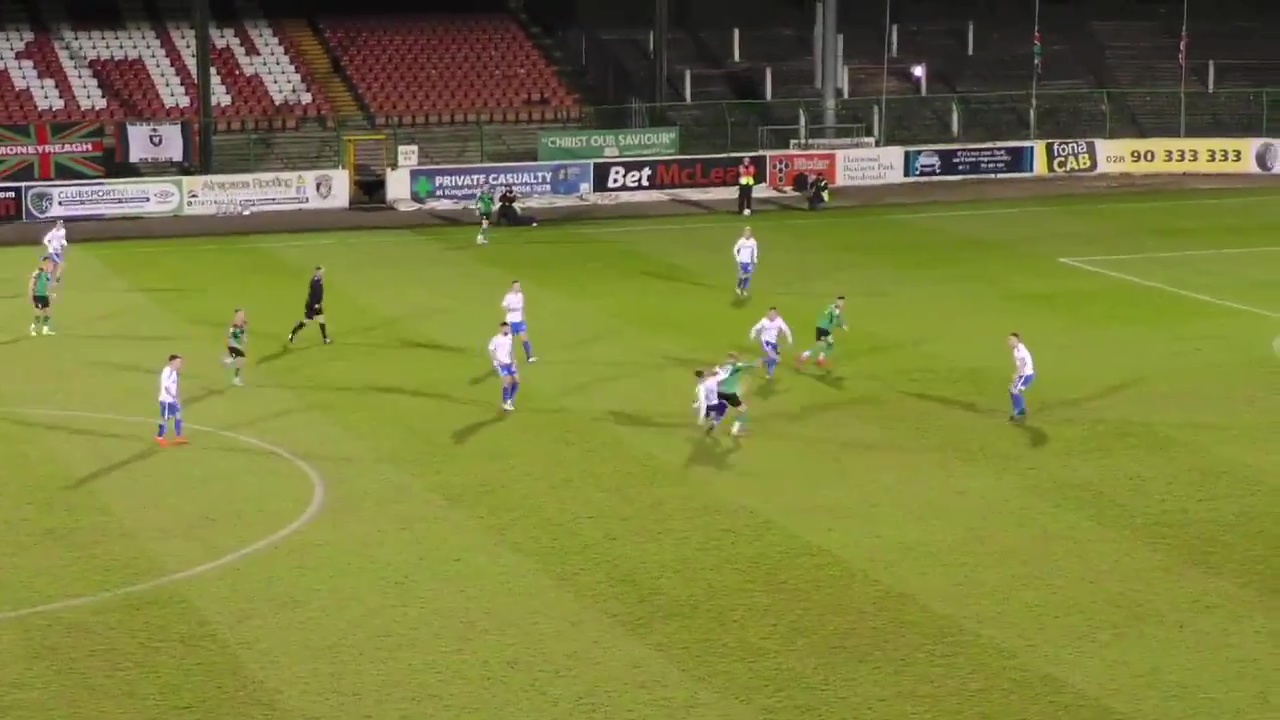 Northern Ireland ace Josh Carson pretty much did everything right with this tackle on Croatian midfielder Hrvoje Plum, except he was facing his own goal

That handed Glentoran a 2-2 draw in a top-three NIFL Premiership clash.

And Glentoran themselves were quick to give Carson his unwanted nomination, tweeting: “Possibly the best own goal ever. The goalkeeper had no chance.”

To be fair they were virtually replicating the verdict of the TV commentators, one of whom called Carson’s mishap “the best own goal I’ve ever seen”.

Unlucky Carson was facing his own goal as he slid in to intercept on his left foot ahead of Glentoran’s Croatian star Hrvoje Plum.

But the ball flew over Coleraine goalie Martin Gallagher, who was on his six-yard line.

Incredibly, it was the second time in a week Glentoran have bagged a crazy long-ranger.

Striker Rory Donnelly completed a double in a 2-0 victory over Dungannon with a 40-YARD header past former Manchester United keeper Roy Carroll.

Ex-Wigan and West Ham ace Carroll, 43, had rushed out to nod clear.

So he was stranded when Donnelly lopped a header over him.

And after Carson followed that up with his own farcical finish, one fan tweeted: “Wtf is going on with the goals in the glens games these days.”