LIONEL MESSI was mobbed by fans leaving a restaurant as he enjoys a much-needed summer rest with his family. 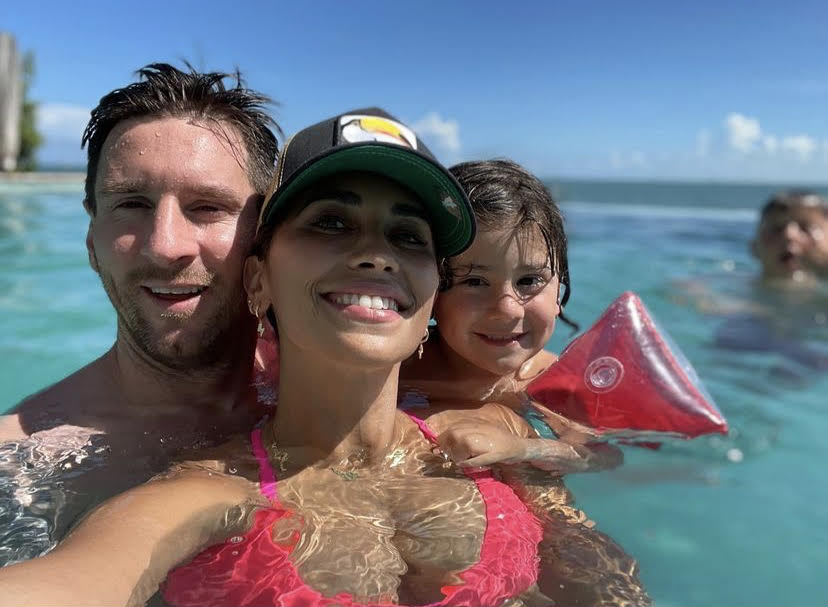 And the 34-year-old put his feet up on a sun lounger at his Miami holiday hideaway as he awaited confirmation he is staying at Barcelona after reportedly agreeing to take a 50 per cent pay cut.

Photos published by his wife Antonela Roccuzzo on her social media show the footballer’s first hours of rest and relaxation with his family following their arrival at their beachfront property.

The mum-of-three also posted an adorable snap of her and Lionel in the water with their youngest son Ciro, who wore red armbands to keep him afloat.

Messi’s well-deserved rest day came after he was mobbed by fans as he left a restaurant in Miami on Thursday night.

He had to be helped to his car by security as supporters massed outside the eaterie and put their arms around him in desperate attempts to take selfies alongside their hero.

The six-time Ballon d’Or winner, who became a free agent at the end of June after his Barca contract expired, picked exclusive Italian restaurant Cafe Ragazzi.

Owner Ricardo Montaner, an Argentinian-Venezuelan singer-songwriter, wrote on his Twitter alongside a picture of Messi inside the posh diner during his first night out on American soil: “The world number one came to eat @RagazziCafe.

“Thank you Leo for allowing us to honour you and thank you also for the happiness you gift us all the time.”

“Cafe Ragazzi in Miami. Copa America champion Messi leaving and Argentinian fans waiting for him outside.”

It has not yet been revealed exactly where Messi and his family are staying in Florida.

But the striker reportedly splashed out £5million on a luxury apartment in the area earlier this year.

The purchase was said at the time to be his second in Florida after he bought an apartment in the Porsche Design Tower just down the road.

That pad was reported to have cost Messi at least £7.25m.

The Porsche Design Tower, completed in 2017, boasts three car lifts that allow residents to park their vehicle on the same floor as their suite.

Messi is expected to remain in Miami with his family for around a week before jetting back to Barcelona to put pen to paper on a new agreement.

Local reports in the Catalan capital say he has agreed to take a 50 per cent pay cut but will be offered a five-year deal instead of the two years initially talked about.

A lower salary for Messi is key to keeping him at the Nou Camp because of the club’s financial disarray.

Sergio Aguero, Eric Garcia and Memphis Depay have all signed for the LaLiga giants on free transfers this summer.

Antoine Griezmann could end up returning to old side Atletico Madrid as part of a swap deal with Saul Niguez to help with the operation to keep Messi at Barcelona. 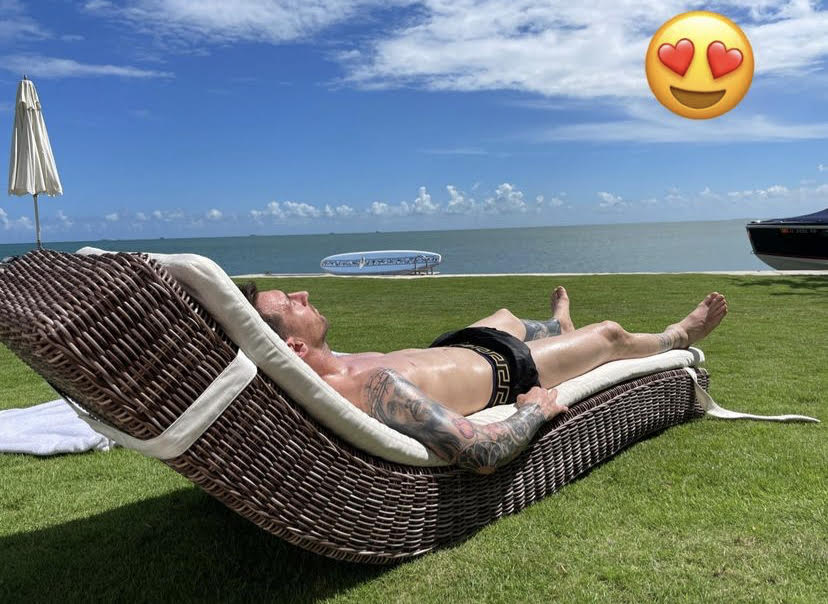 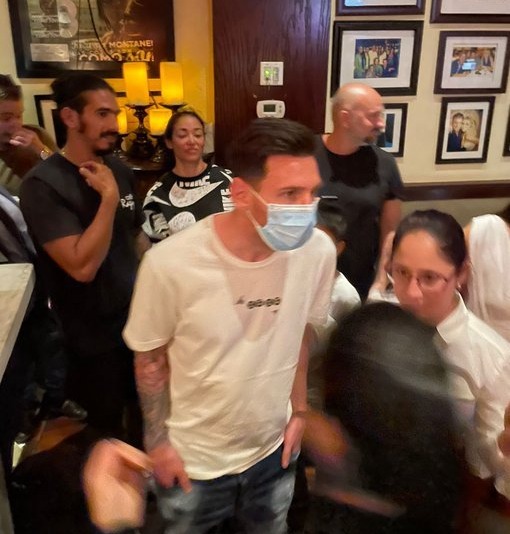 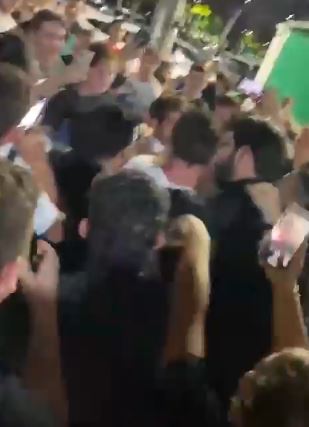 Plenty of supporters were waiting for him outside wanting selfies

Lionel Messi works out with stunning wife Antonela in gym