CRISTIANO RONALDO almost lost it after he was denied a penalty late on a miserable return to Portugal.

He and his Juventus team-mates suffered a 2-1 defeat in the first-leg of their last-16 Champions League clash with Porto. 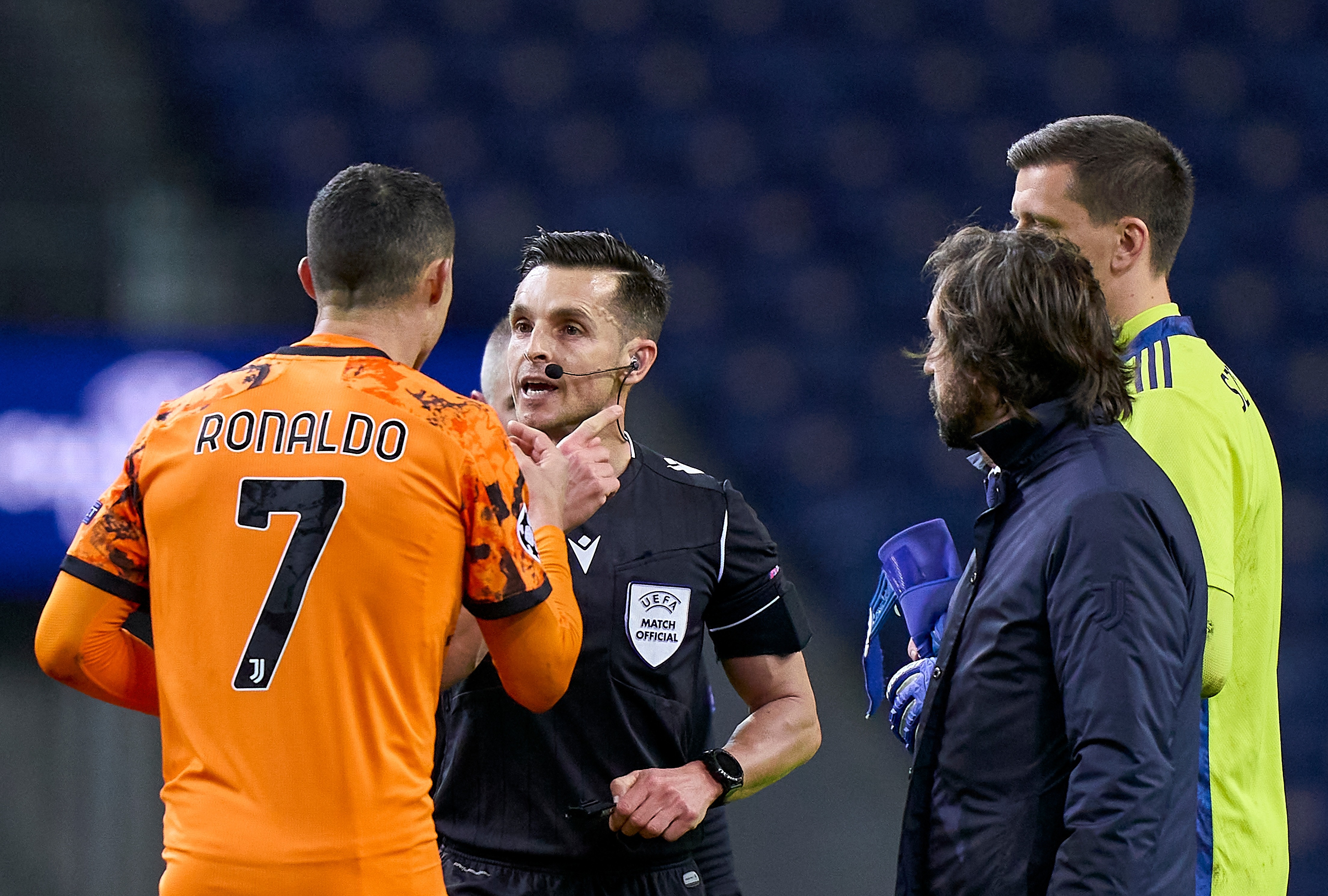 Crstiano Ronaldo let rip at the referee after he failed to award him a penalty against PortoCredit: Getty 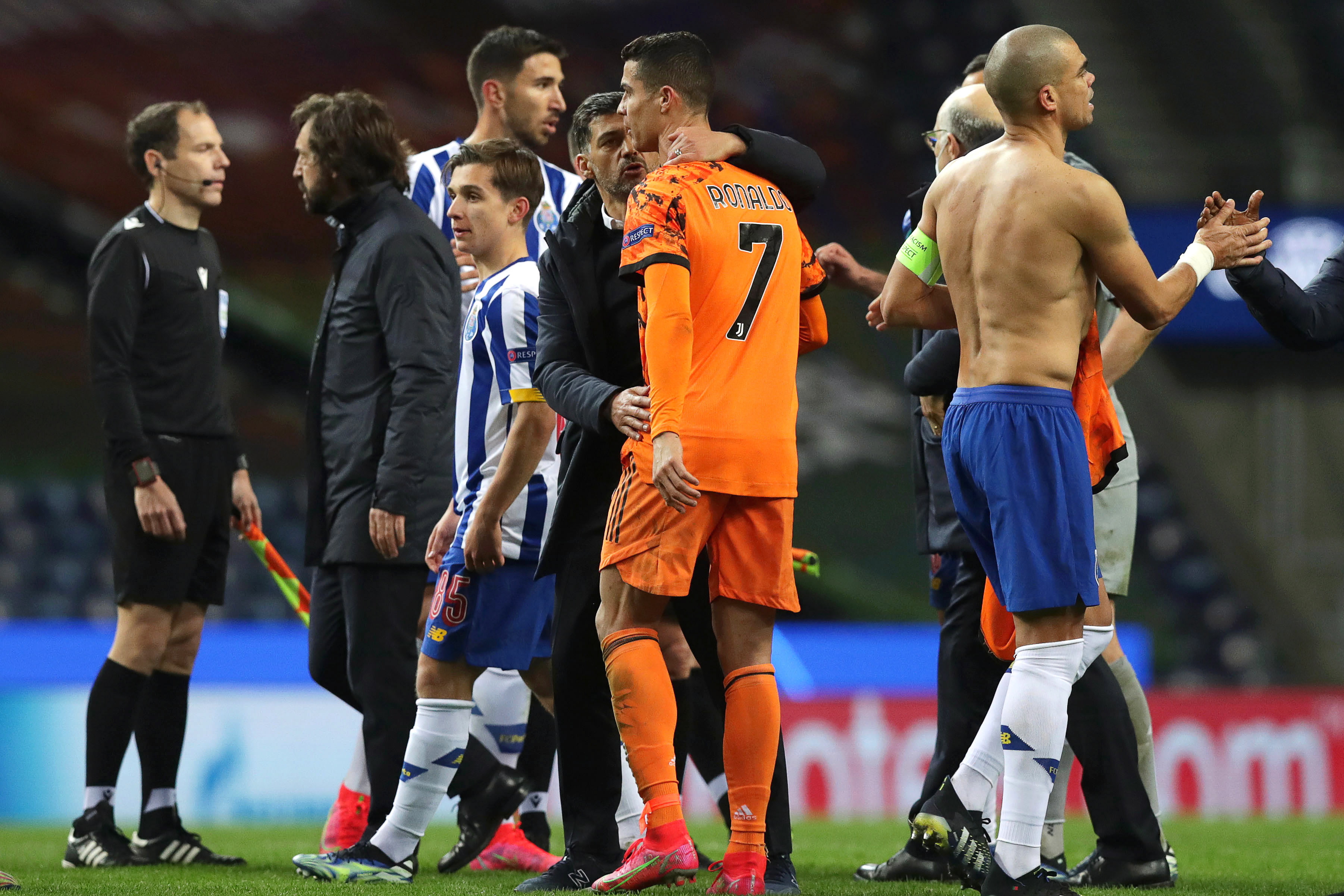 The Juventus striker angrily shouted and jabbed his finger at the official following his team’s 2-1 defeat in PortugalCredit: EPA

No foul is given and Porto win the first leg 2-1! ?⚪️ pic.twitter.com/ehaWWw1nBR

The Serie A giants were trailing 2-0 but secured a precious lifeline when Federico Chiesa grabbed an important away goal late on.

And it could have gotten even better for Juve seconds before the whistle when Ronaldo brought down the ball and flicked it backwards inside the area before colliding with defender Zaidu Sanusi.

The 36-year-old instantly fell to the floor and demanded a penalty only for the ref to wave his pleas away.

Zaidu sarcastically applauded Ronaldo after the challenge, indicating what he thought to be play-acting from the five-time Ballon d’Or winner.

VAR was called into action but ruled that the former Manchester United and Real Madrid icon was already going to ground before coming into contact with Sanusi.

That decision infuriated the veteran as he angrily let rip at the full time whistle.

Ronaldo was spotted shouting at the officials while continuing to angrily jab and point his finger towards them.

The whole night started badly for Juventus as Rodrigo Bentancur’s back pass was pounced on by Porto’s Mehdi Taremi to break the deadlock after just 63 seconds.

That was the quickest goal conceded by the away side in Champions League history.

The visitors started the second period just as badly as they fell two behind just seconds into the half courtesy of Moussa Marega.

But Chiesa’s late strike was a huge boost on an otherwise forgettable night for the Italian champions. 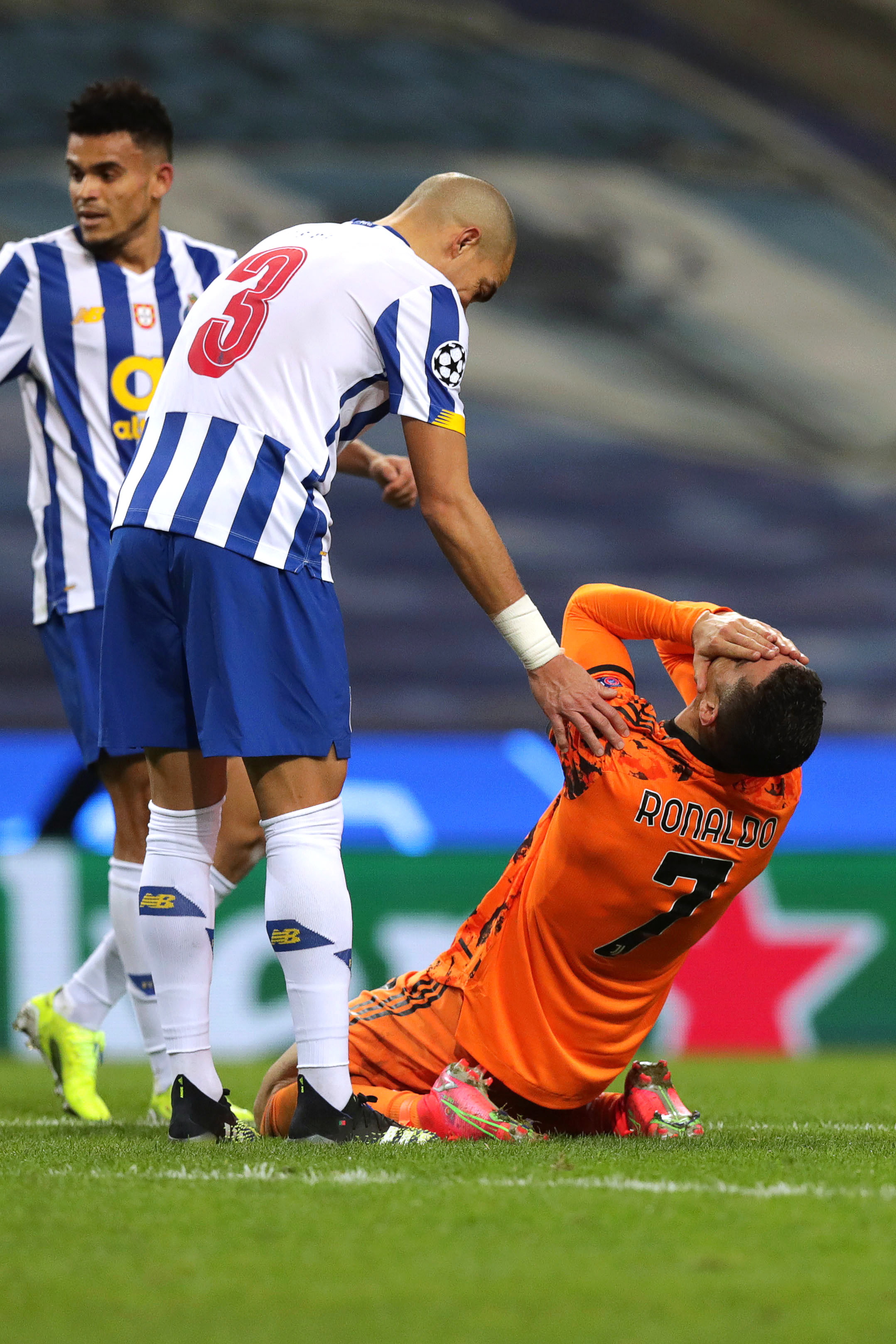 The Juve striker went down after colliding with Porto’s Zaidu SanusiCredit: EPA