WELSH fans have been left devastated as the national team was knocked out after Denmark takes a 3/0 lead.

They have been packing out Cardiff’s pubs after being banned from travelling to Amsterdam as they watch their country’s Euro 2020 last-16 clash.

Scores of supporters dressed up in red taking to the streets of Cardiff to cheer on Gareth Bale’s menCredit: Getty 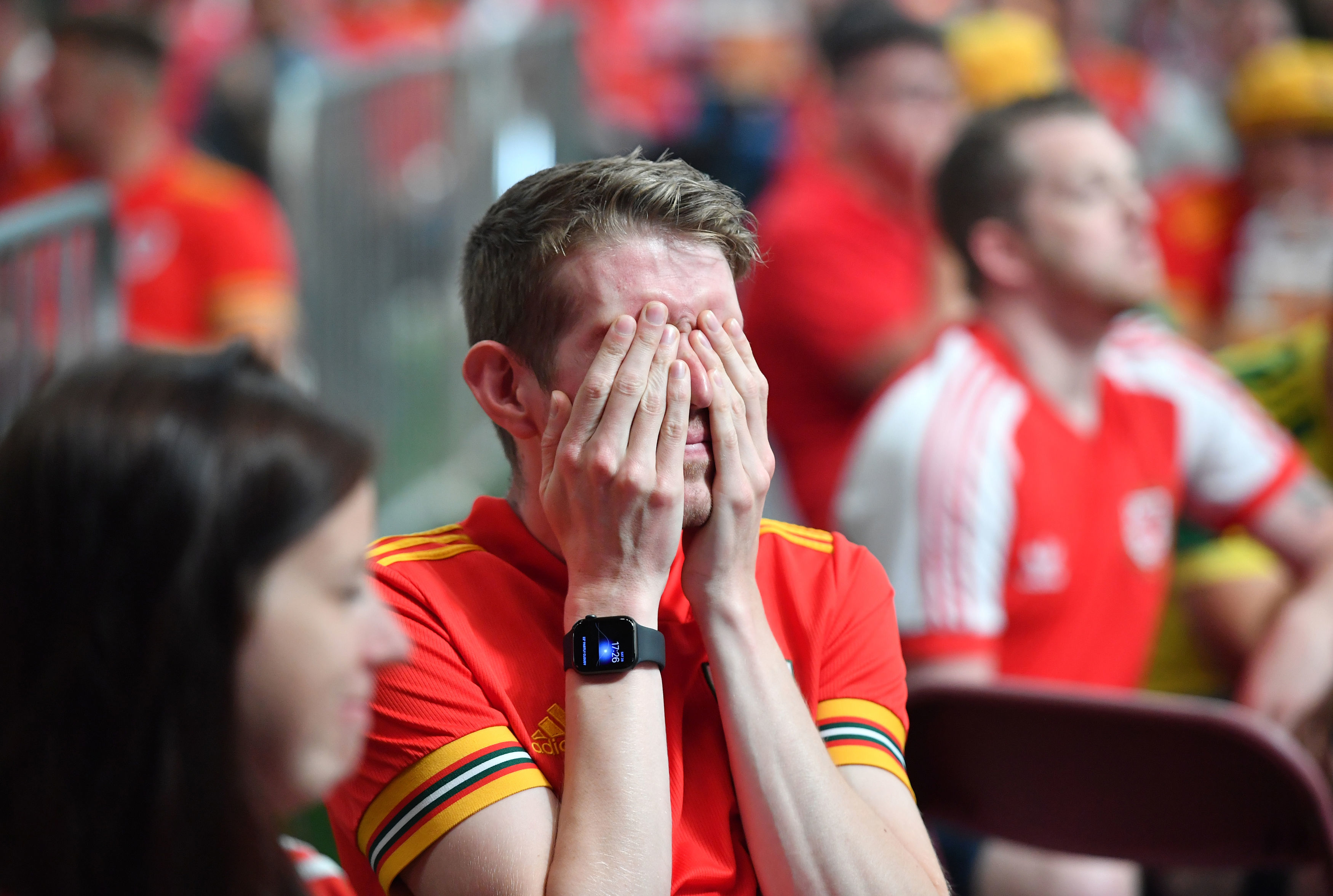 A Wales fan places his hands over his eyes as Denmark scores a second goal after halftimeCredit: PA 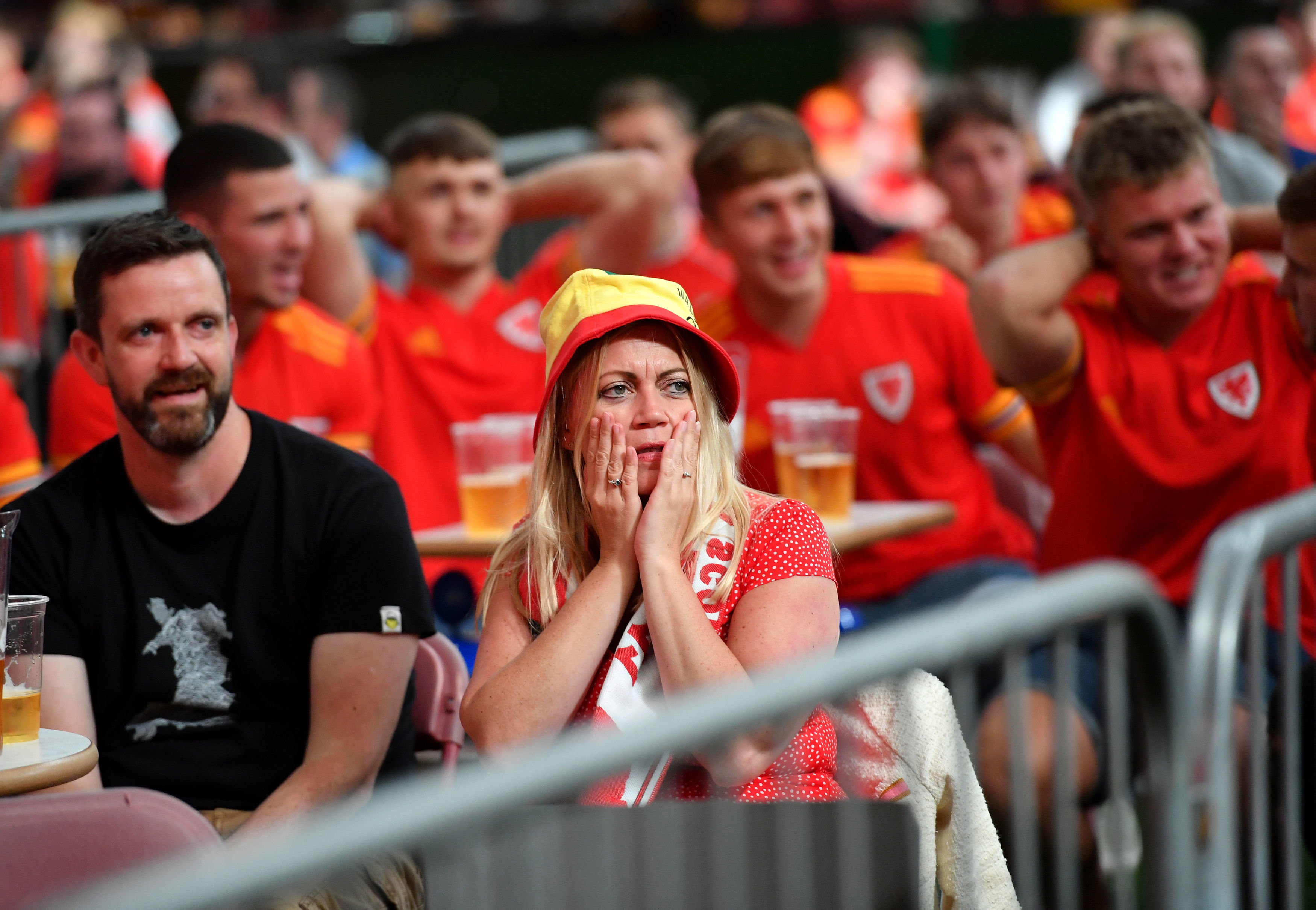 Welsh fan’s nerves were rattled when Denmark’s forward Kasper Dolberg put his country 1-0 up against Wales after just 26 minutes.Credit: PA 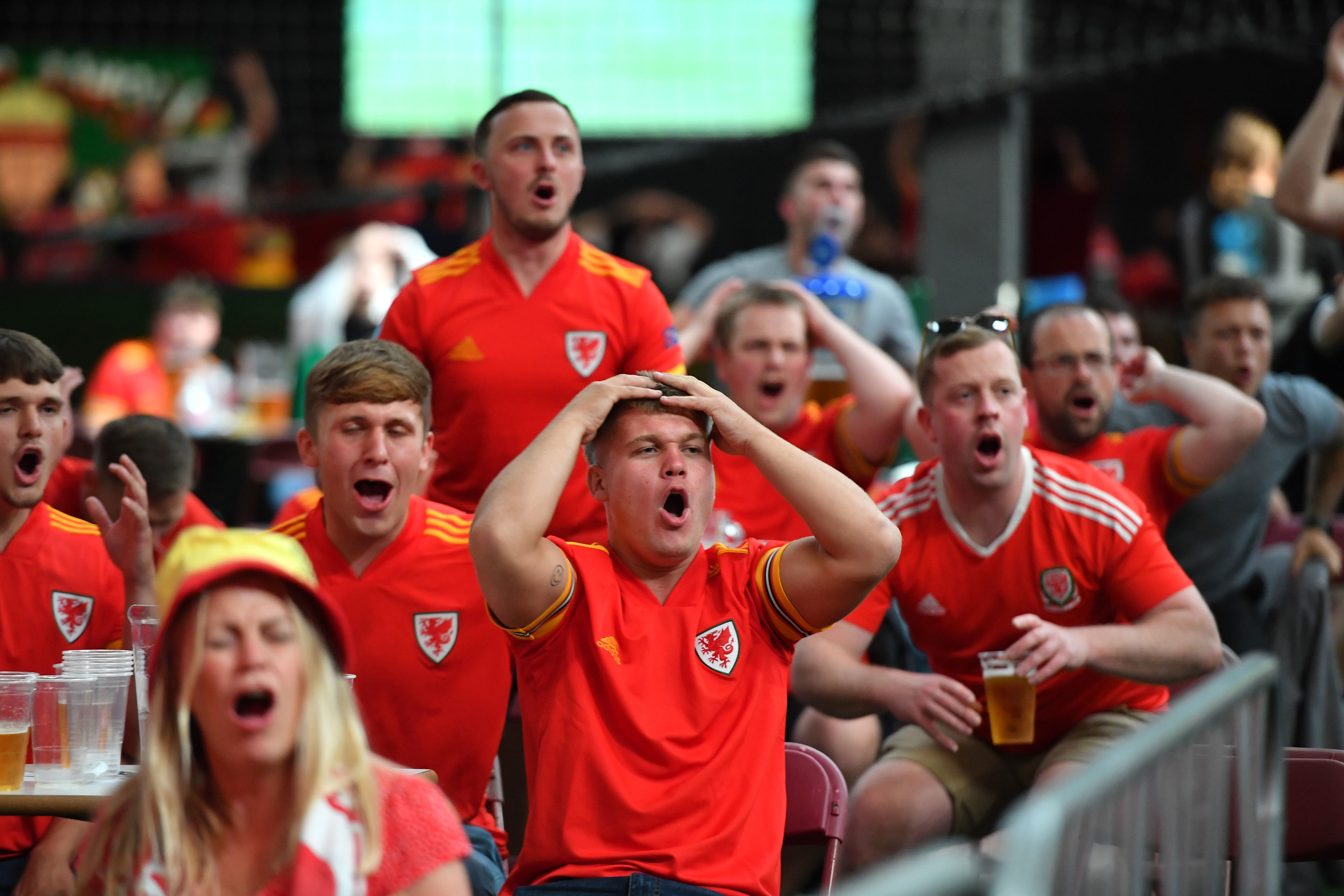 Wales fans watch on the edge of their seats as they take on DenmarkCredit: PA

The fans vowed to party hard from home, with supporters dressed in red taking to the streets of Cardiff to cheer on Gareth Bale’s men.

But Welsh fan’s nerves were rattled when Denmark’s forward Kasper Dolberg put his country 1-0 up against Wales after just 26 minutes.

Events then took a turn for the worst when Denmark doubled their lead three minutes after half-time.

Wales wanted a free-kick after Simon Kjaer collided with Kieffer Moore but play was allowed to continue.

But as the clock ran down, Denmark knocked out the team with a third goal.

Meanwhile, at the stadium, hoards of Denmark fans cheer on their team.

Danish supporters were able to travel to the country if they entered and left Holland within 12 hours.

That meant he avoided having to quarantine on their arrival. 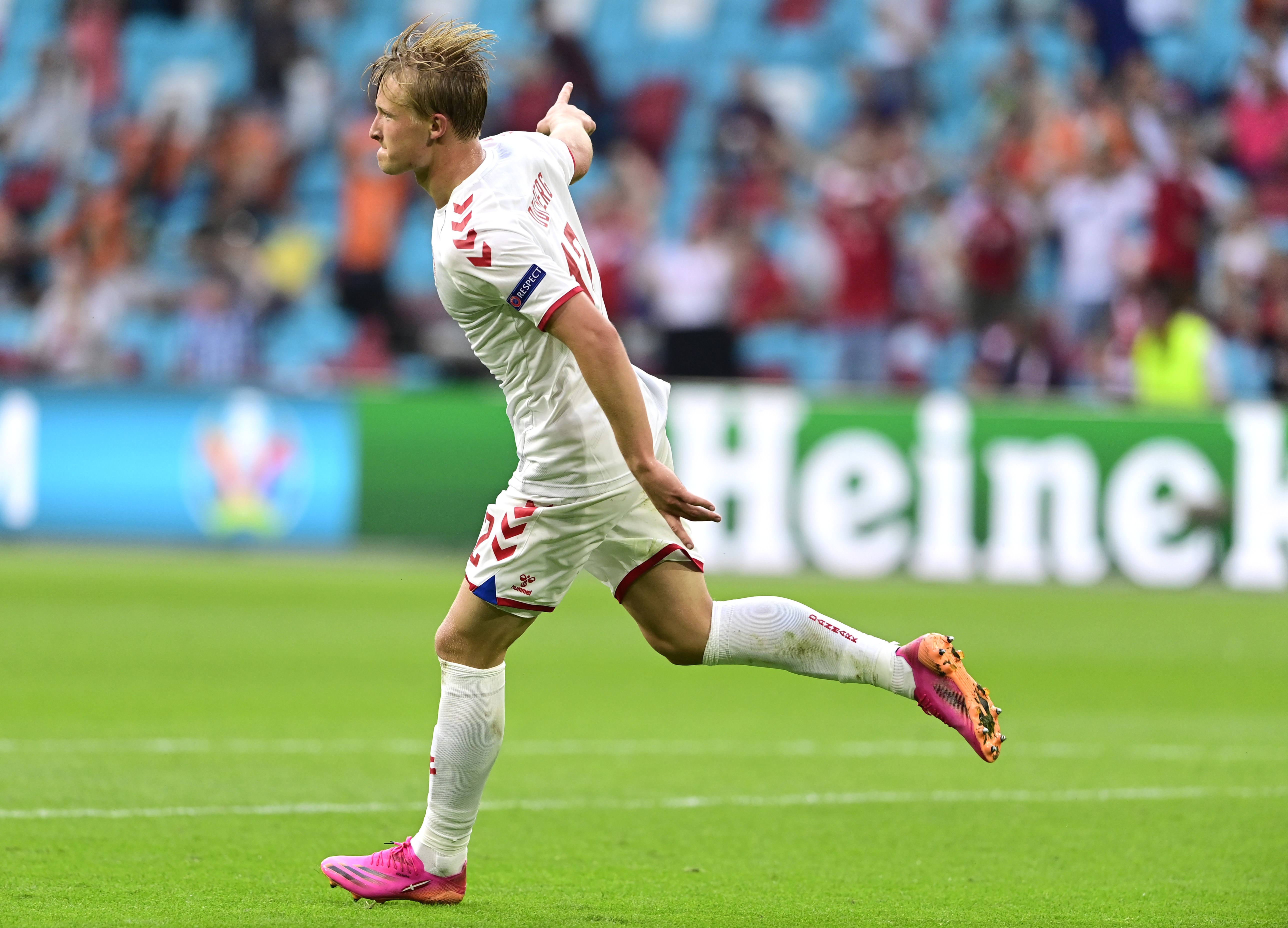 Permission was granted because both Denmark and the Netherlands are in the EU Schengen travel area — but Wales is not.

Both countries are not on the Netherland’s safe country list.

Erik Brogger, director of Denmark’s Ministry of Foreign Affairs’ Citizen Service,said: “You can get to football, but you have to plan quite carefully if you do not want to risk being quarantined in a hotel room.

“It should be technically possible, but you have to plan it pretty carefully.

“For most people, it will probably be better to stay at home. We encourage you to watch the match at home.”

Danish authorities said that fans are allowed to attend if fans present a negative PCR test that is at most 72 hours old. 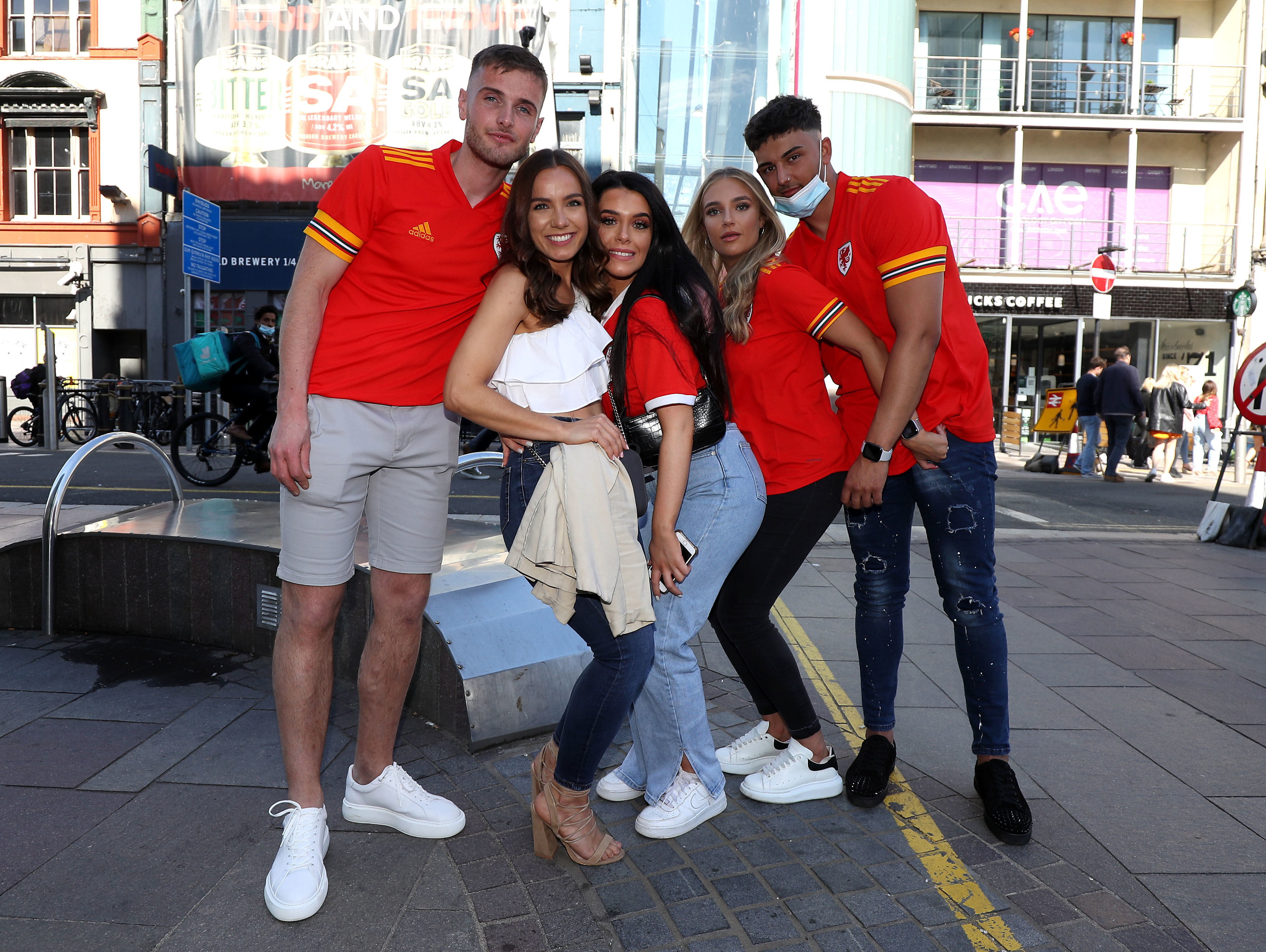 Fans pose as they head into Cardiff city centre 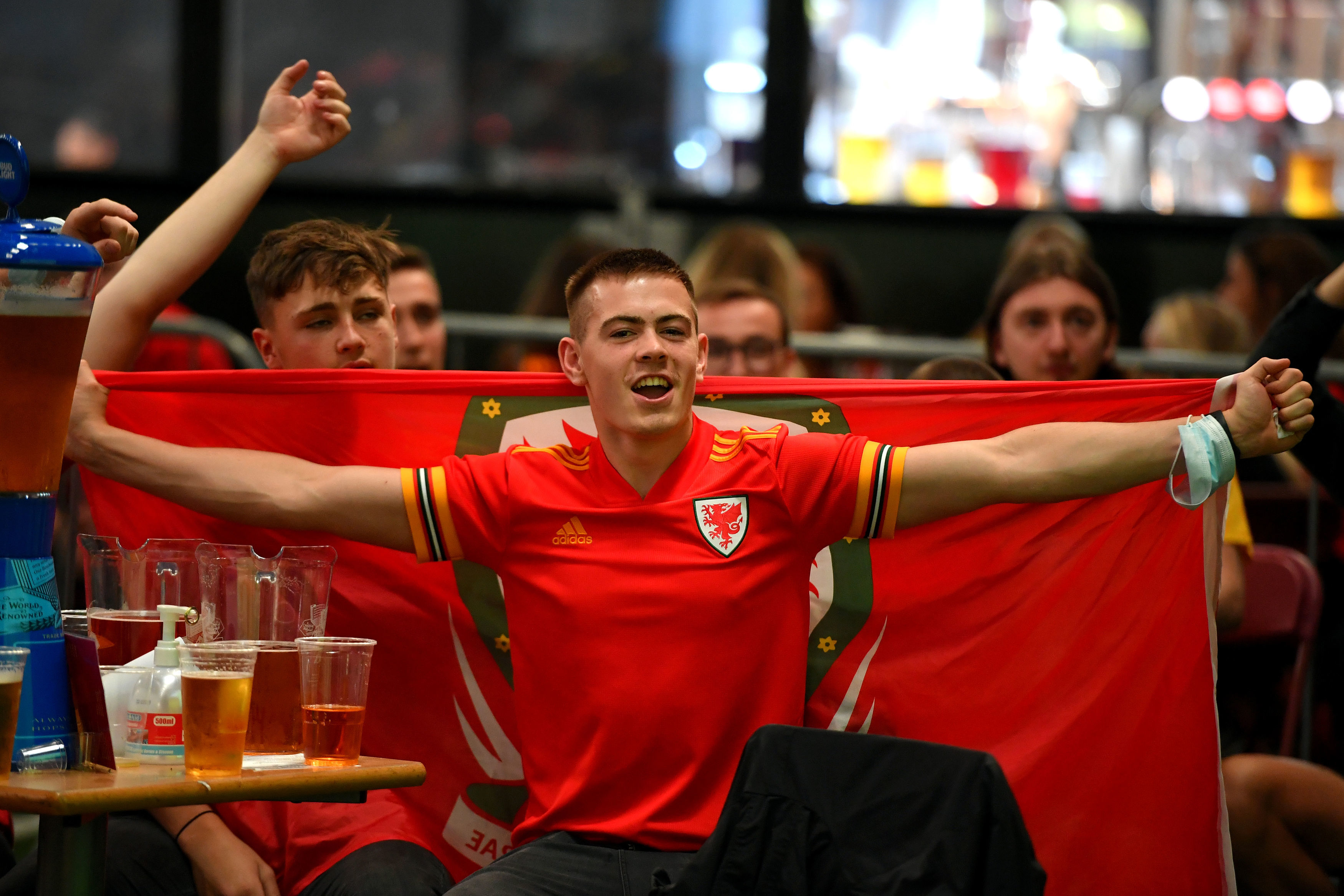 Fans vowed to party hard from home, with supporters heading into CardiffCredit: PA 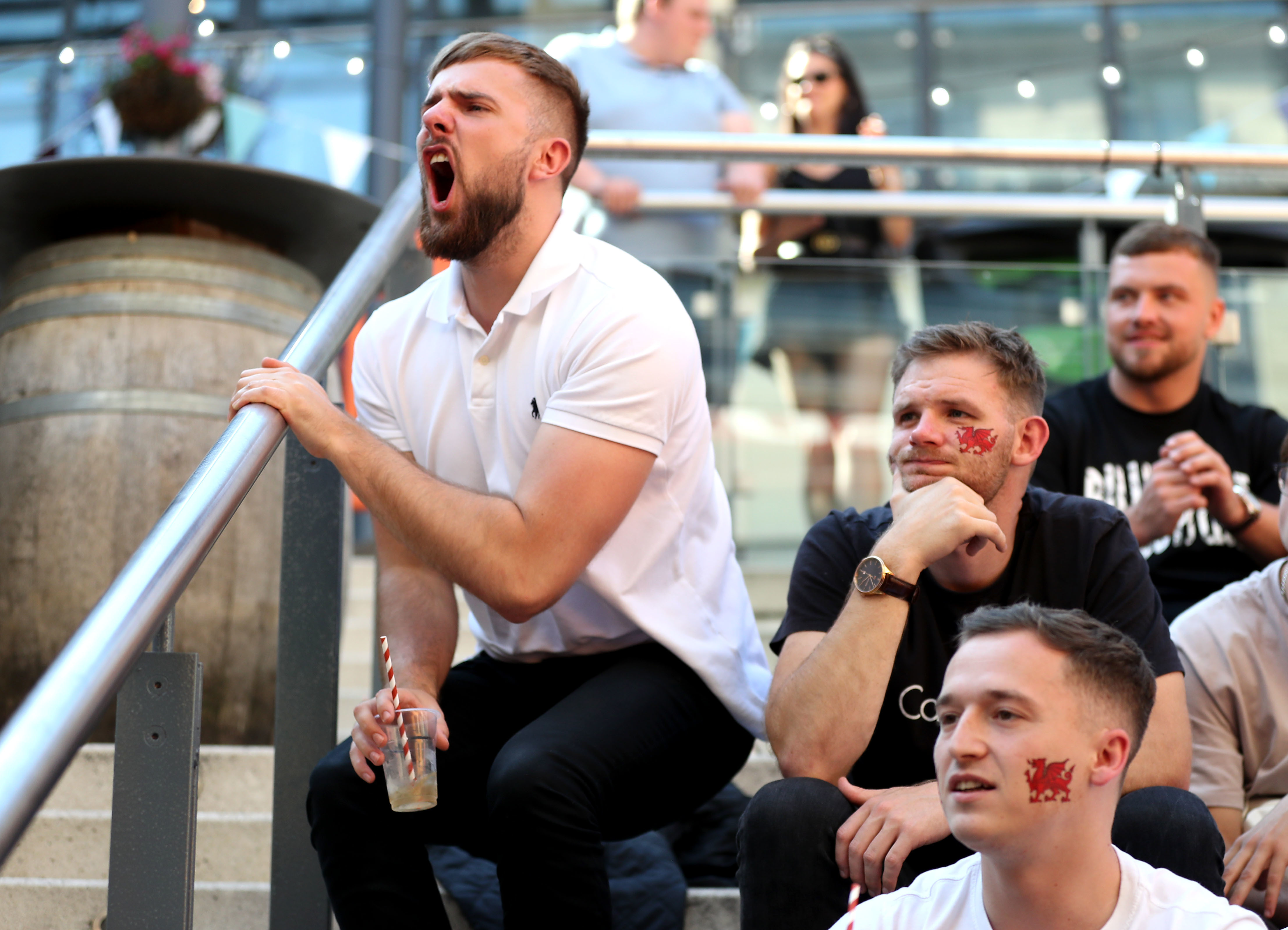 Fans are unable to attend the game at the Johan Cruyff Arena due to Covid rulesCredit: PA 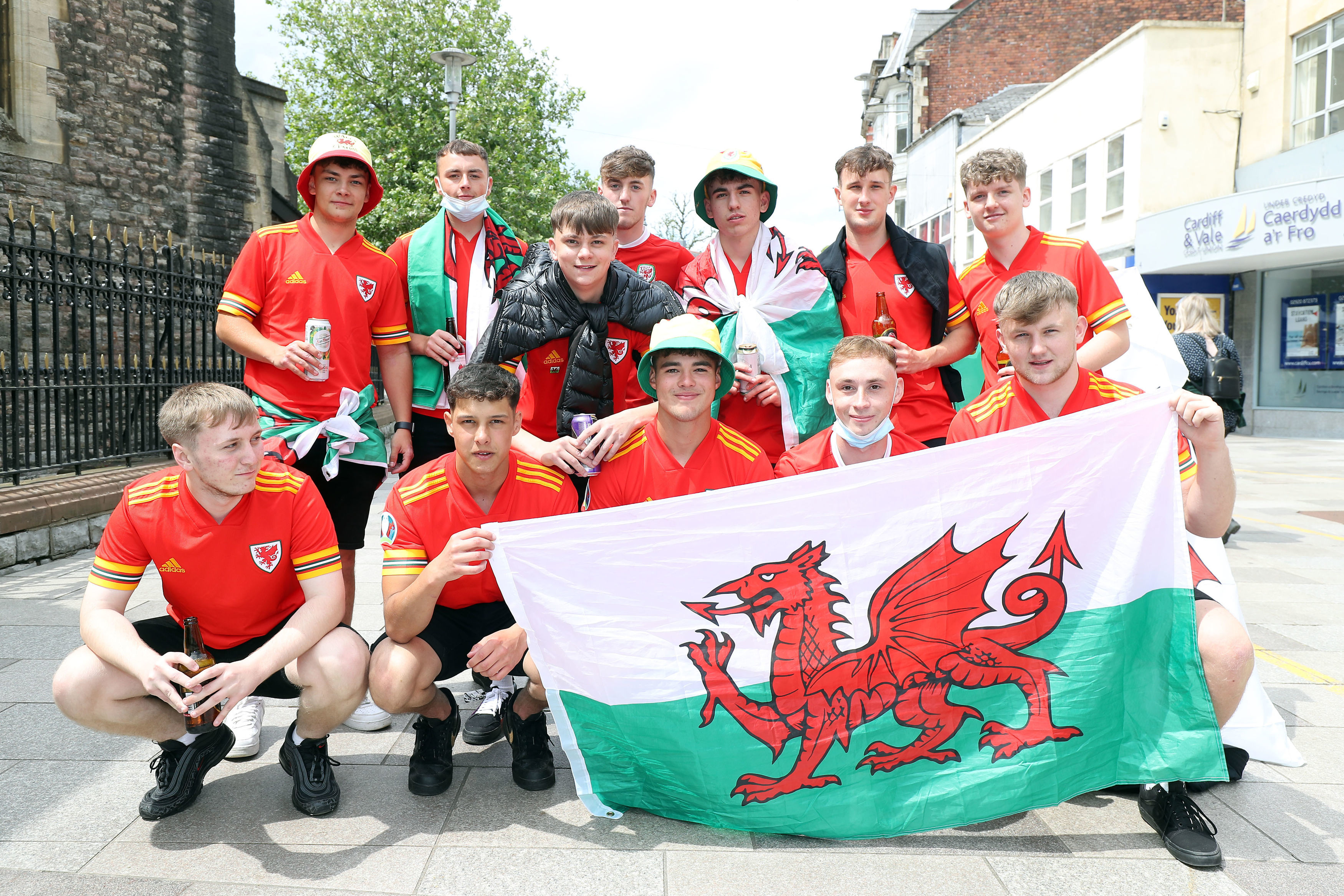 Fans have vowed to cheer their team on for homeCredit: PA 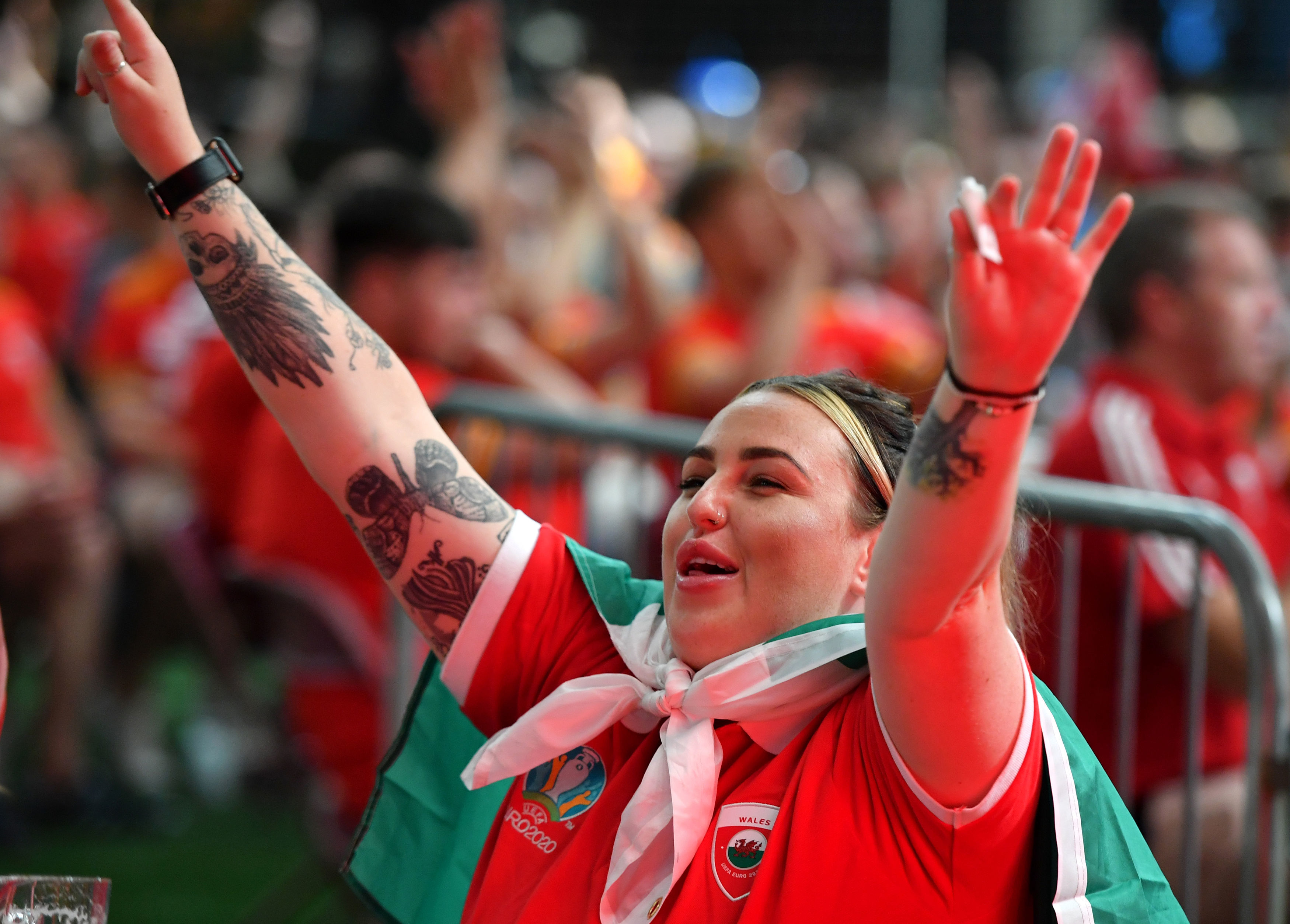 Pubs in the capital city have been packed out with passionate fansCredit: PA

SunSport revealed that the last-16 tie – which kicks off at the Johan Cruyff Arena – favours the Danes due to coronavirus travel guidelines.

Later that week, the Inter Milan ace was discharged from hospital in a major boost.

And Eriksen even visited his Denmark pals at training ahead of their last-16 showdown with Wales. 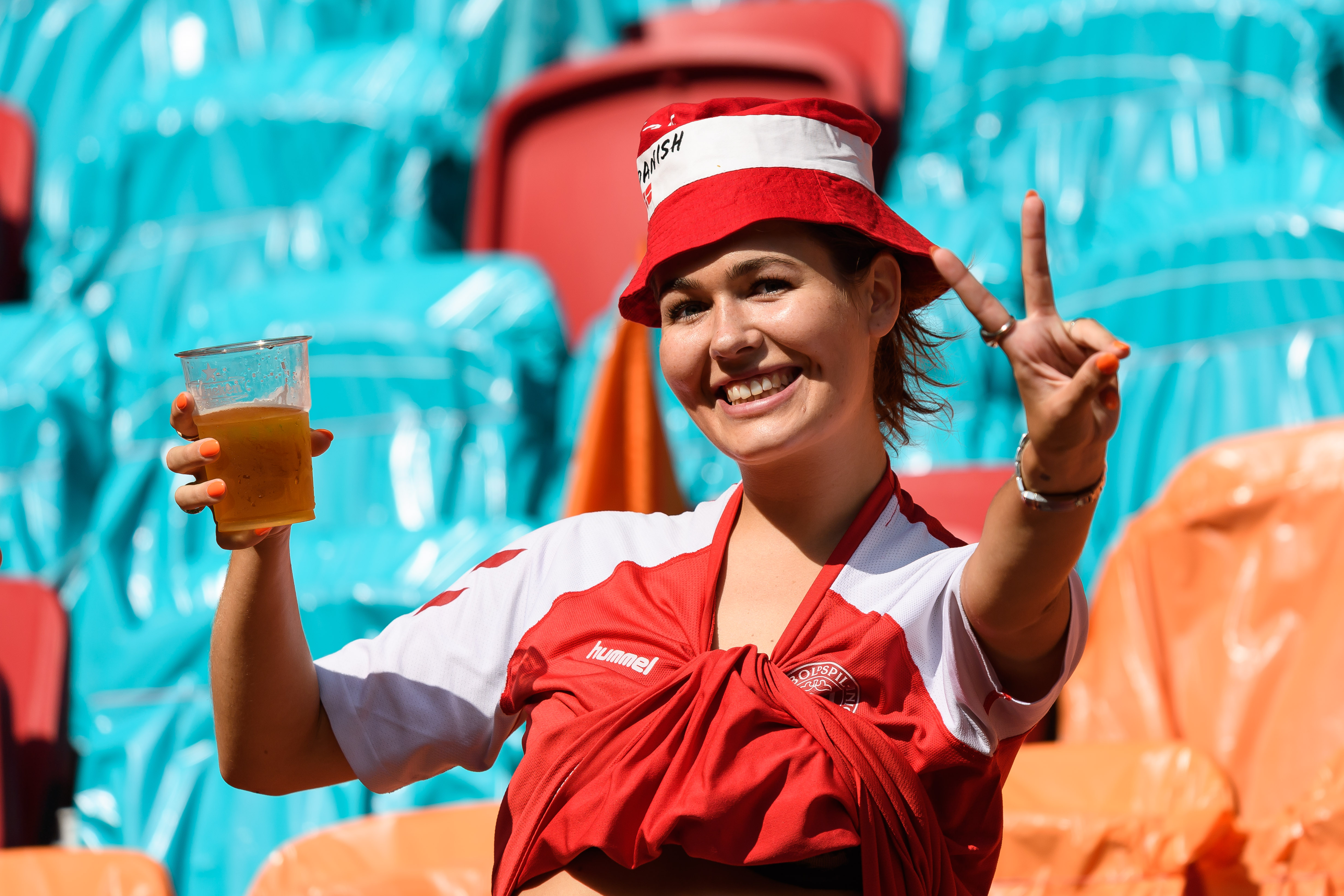 A supporter of Denmark gestures prior to the UEFA Euro 2020 Championship Round of 16 match between Wales and DenmarkCredit: Getty 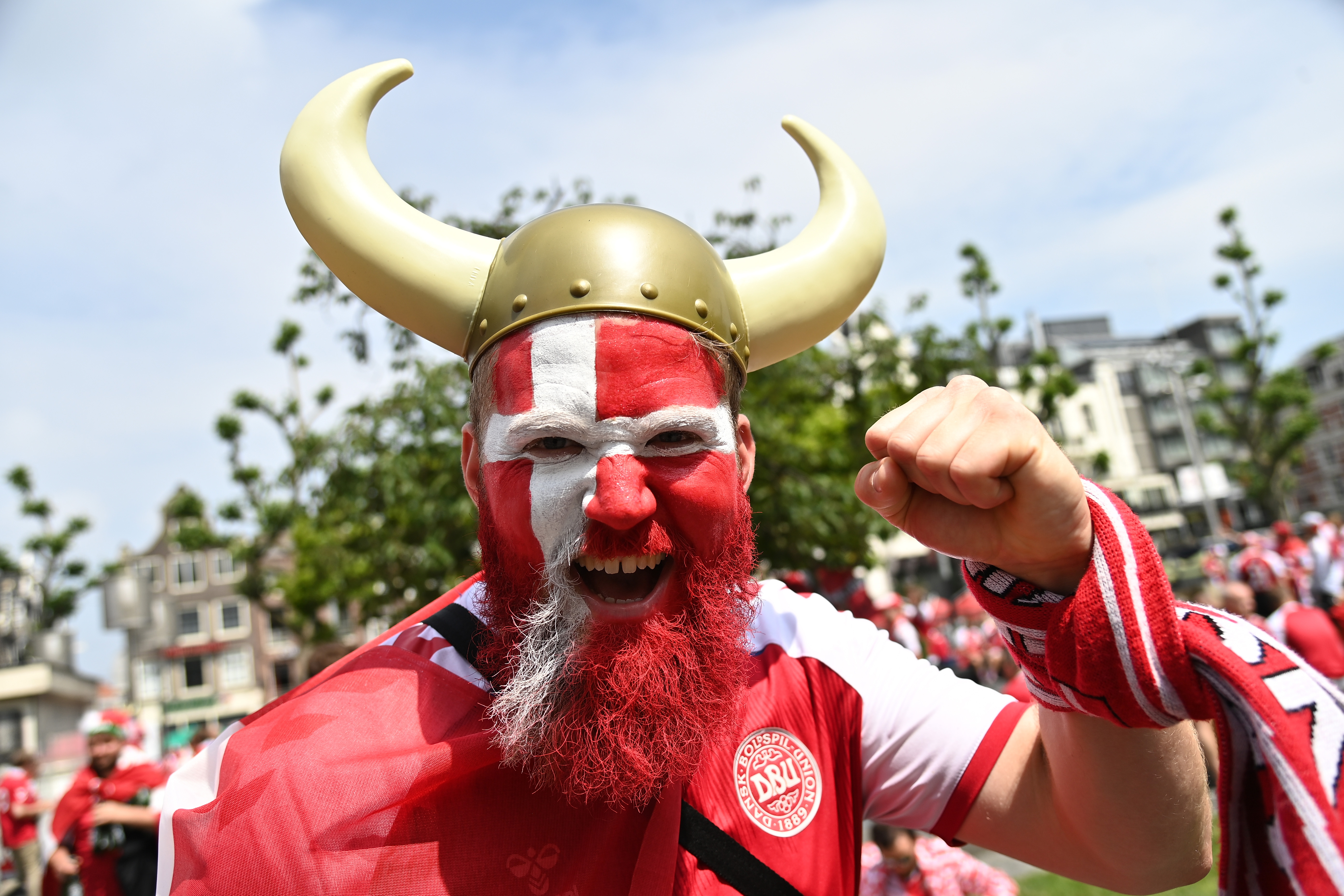 Fans showed their support with face paint and dying their beardsCredit: Getty 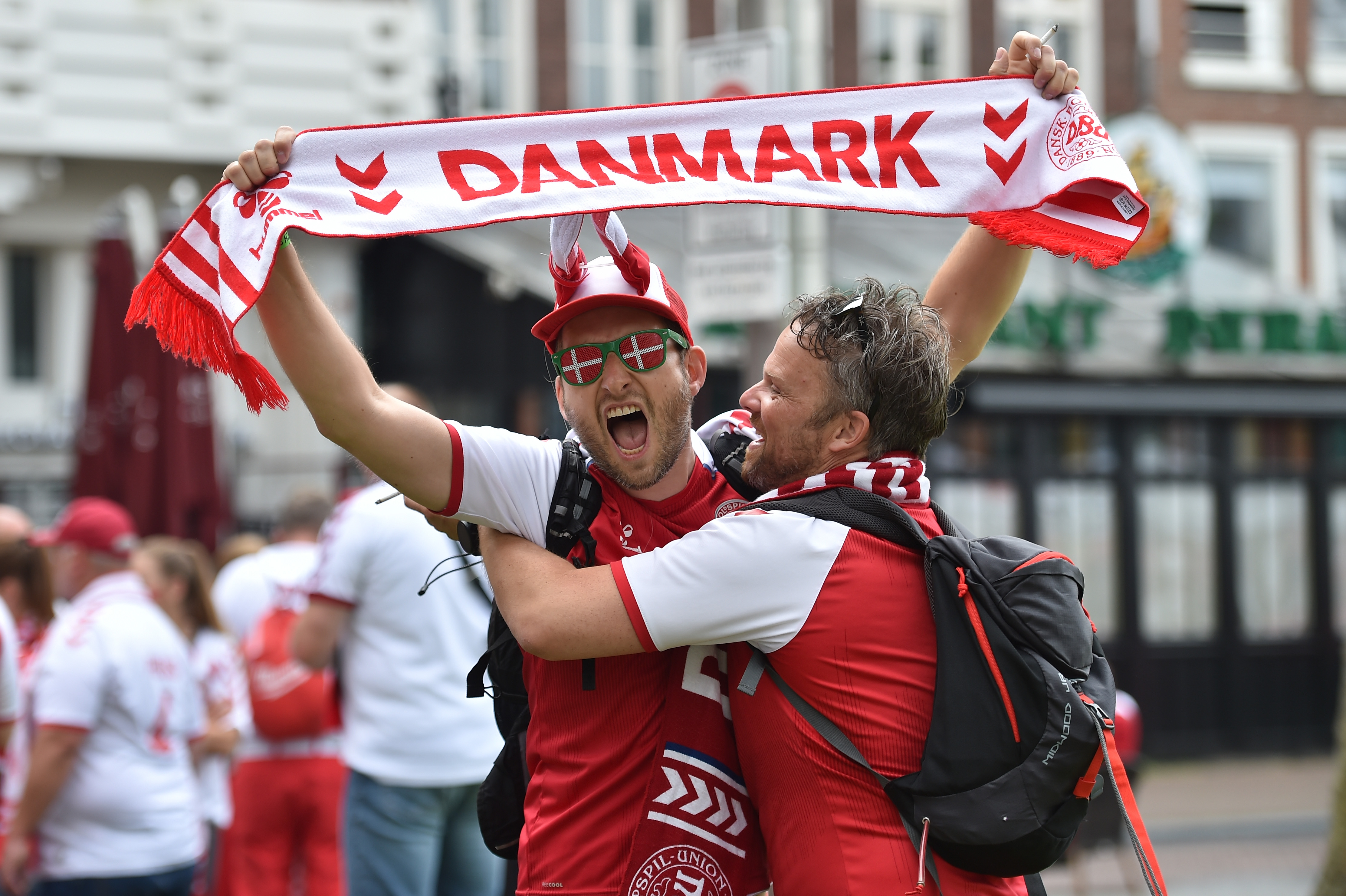 Denmark will face either the Netherlands or Czech Republic should they beat WalesCredit: Getty