RED FACES for Chelsea and claret everywhere as Burnley enjoyed the last laugh on and off the pitch.

Chelsea boss Thomas Tuchel had to swallow it in the dugout after clashing with opposite Burnley number Sean Dyche when really he should have directed his anger at his misfiring superstars.

Burnley frustrated Chelsea as they secured a late 1-1 draw on SaturdayCredit: Reuters 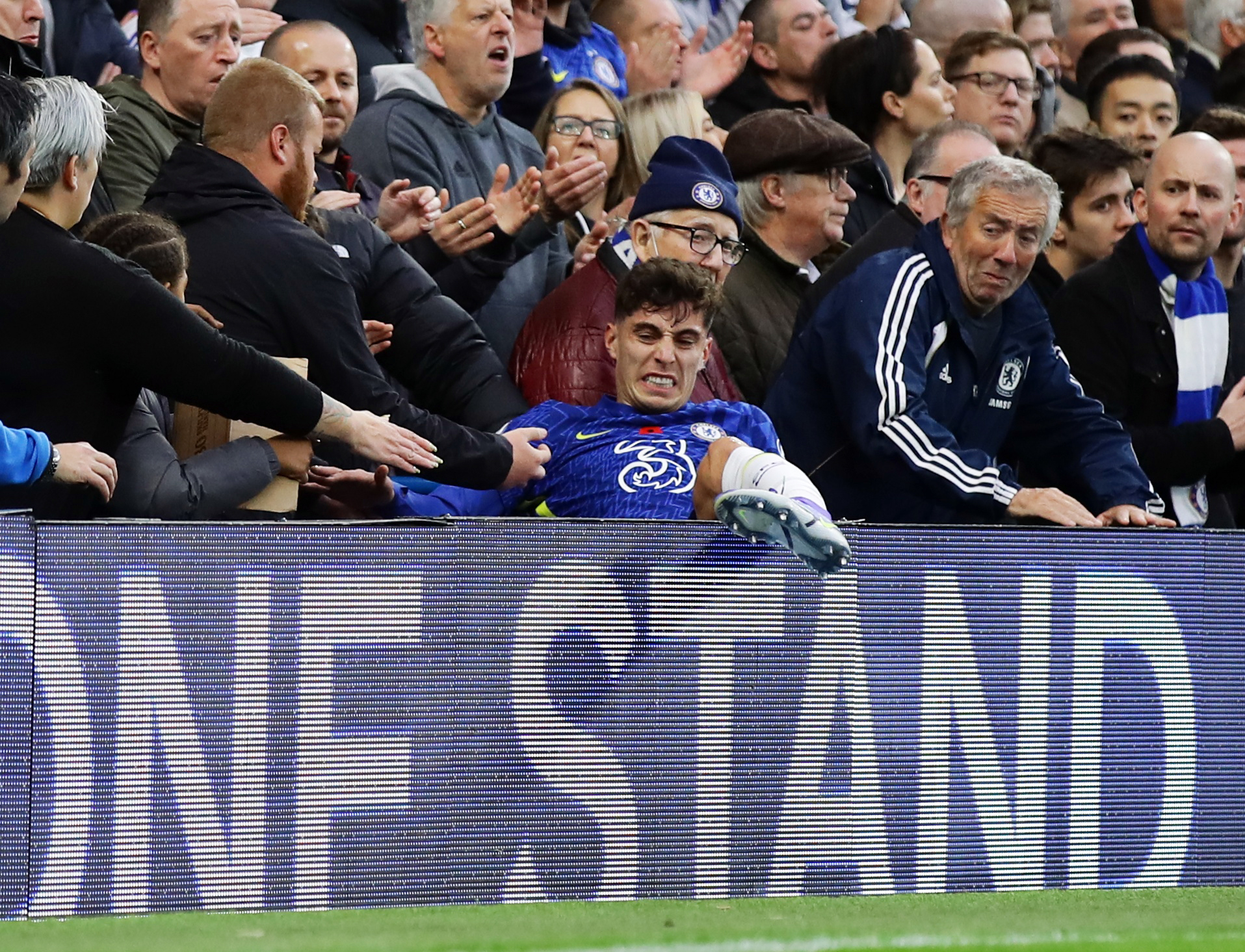 It was a bad day for the Blues as they were denied the chance to go five points clear at the topCredit: Reuters

Despite threatening to run away with the game in the first half, the Premier League leaders failed to land the knockout blow and then allowed a bottom three opposition to claw back a most unlikely point.

Burnley join Manchester City as the only teams to take any points off Chelsea at home this season to underline the magnitude of their performance today.

And the late shock means that while Tuchel’s team stays top of the table, their lead over second-placed City has been cut to three points.

There is now a two international week break to ponder and review how a game that was supposed to be a routine win threw up such an unexpected result.

It will be a comfortable fortnight for Dyche, not so for Tuchel who will be in at the training ground every day watching reruns of his players squandering chance after chance to put the opposition away only to let it all slip away.

Dyche’s double second half substitution was a piece of mastery which injected fresh legs into his team having watched his players cling on for the vast majority of the game. 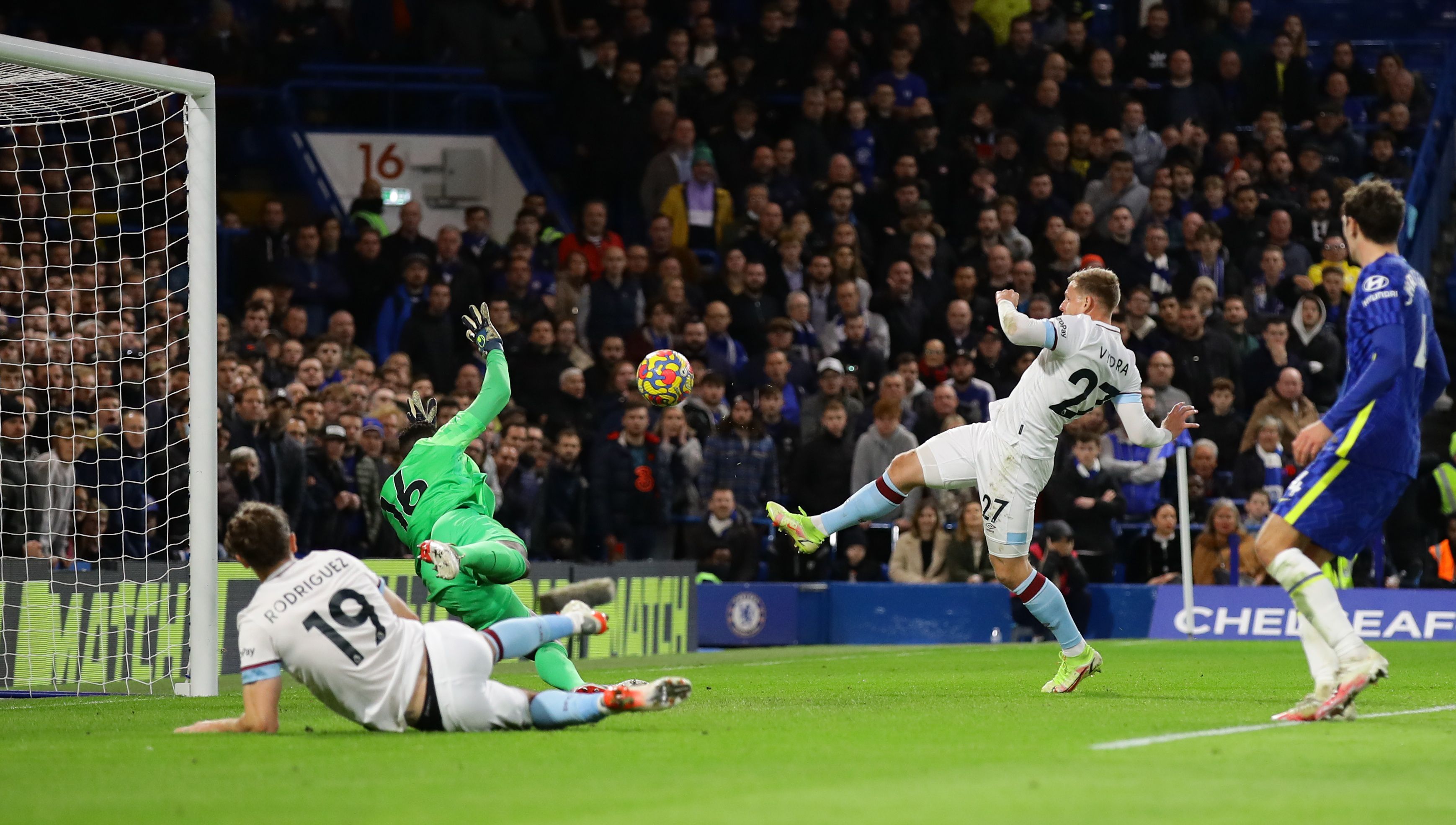 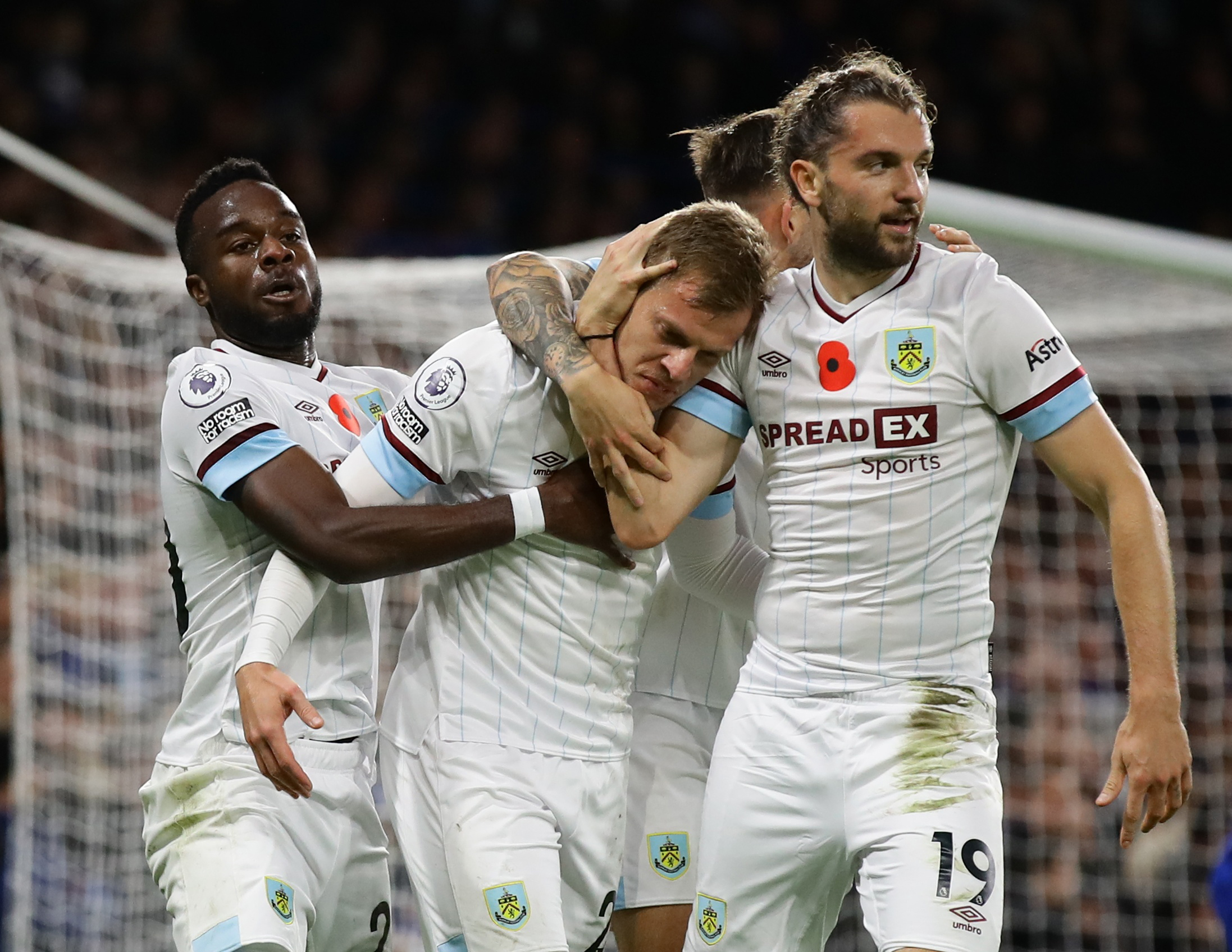 Ross Barkley, Thiago Silva, Callum Hudson-Odoi and Atonio Rudiger all came close to scoring but not quite close enough and ultimately end up costing their team two points in the title race.

To put it into perspective, a speculative overhead kick by Maxwel Cornet had been pretty much it from Burnley before Dyche’s two second half subs combined to grab a point that will feel like three given the nature of this match.

In the 79th minute, Ashley Westwood dropped a cross to the far post in front of the Matthew Harding Stand.

His header back across goal found Matej Vydra who turned the ball past Chelsea keeper Edouard Mendy, who had been enjoying an afternoon off until that point.

Vydra had only been on the pitch for nine minutes and after a pause for a VAR check, Burnley’s players rejoiced in the goal. Not so Dyche and his assistant Ian Woan and Steve Stone. 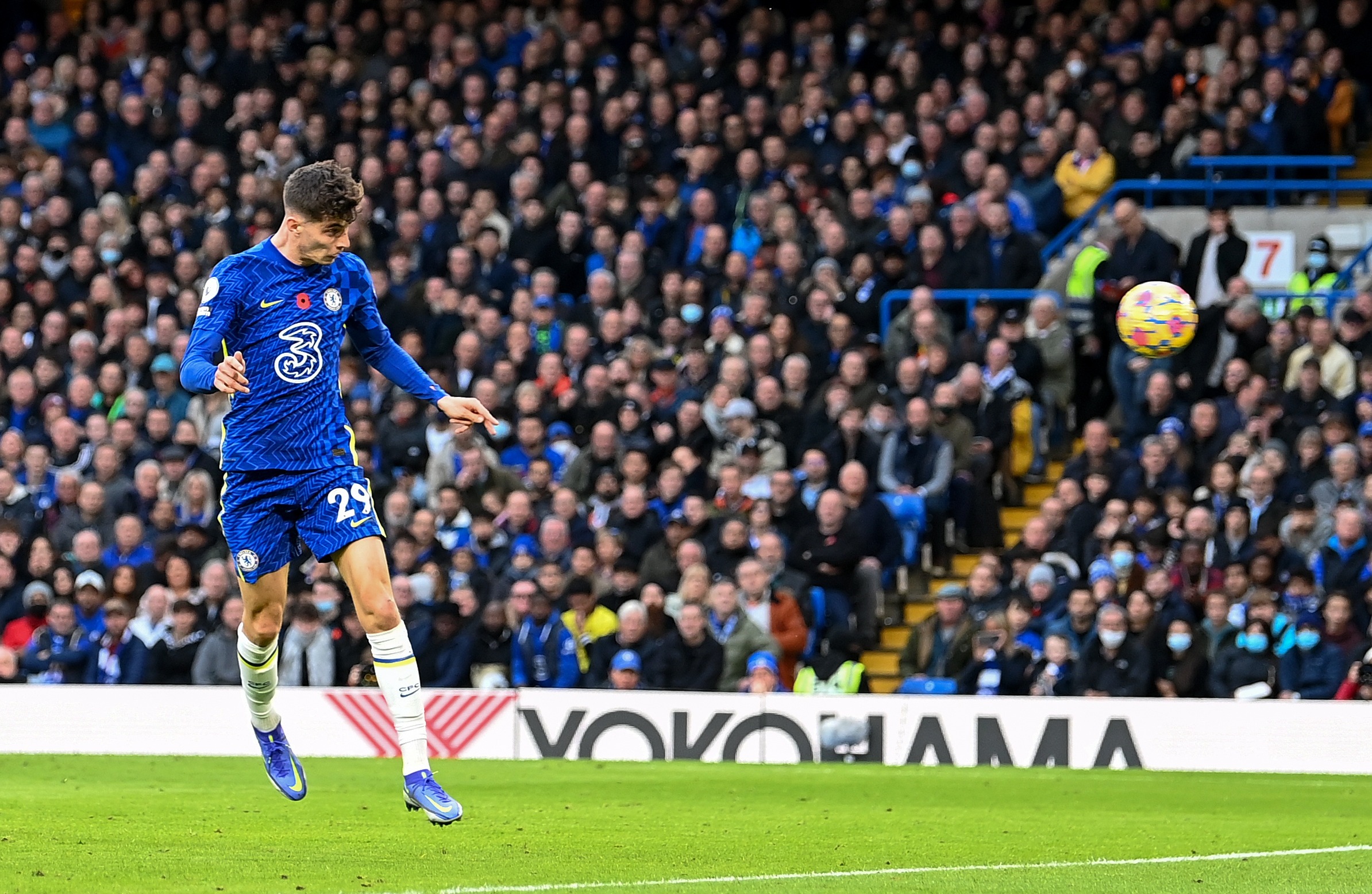 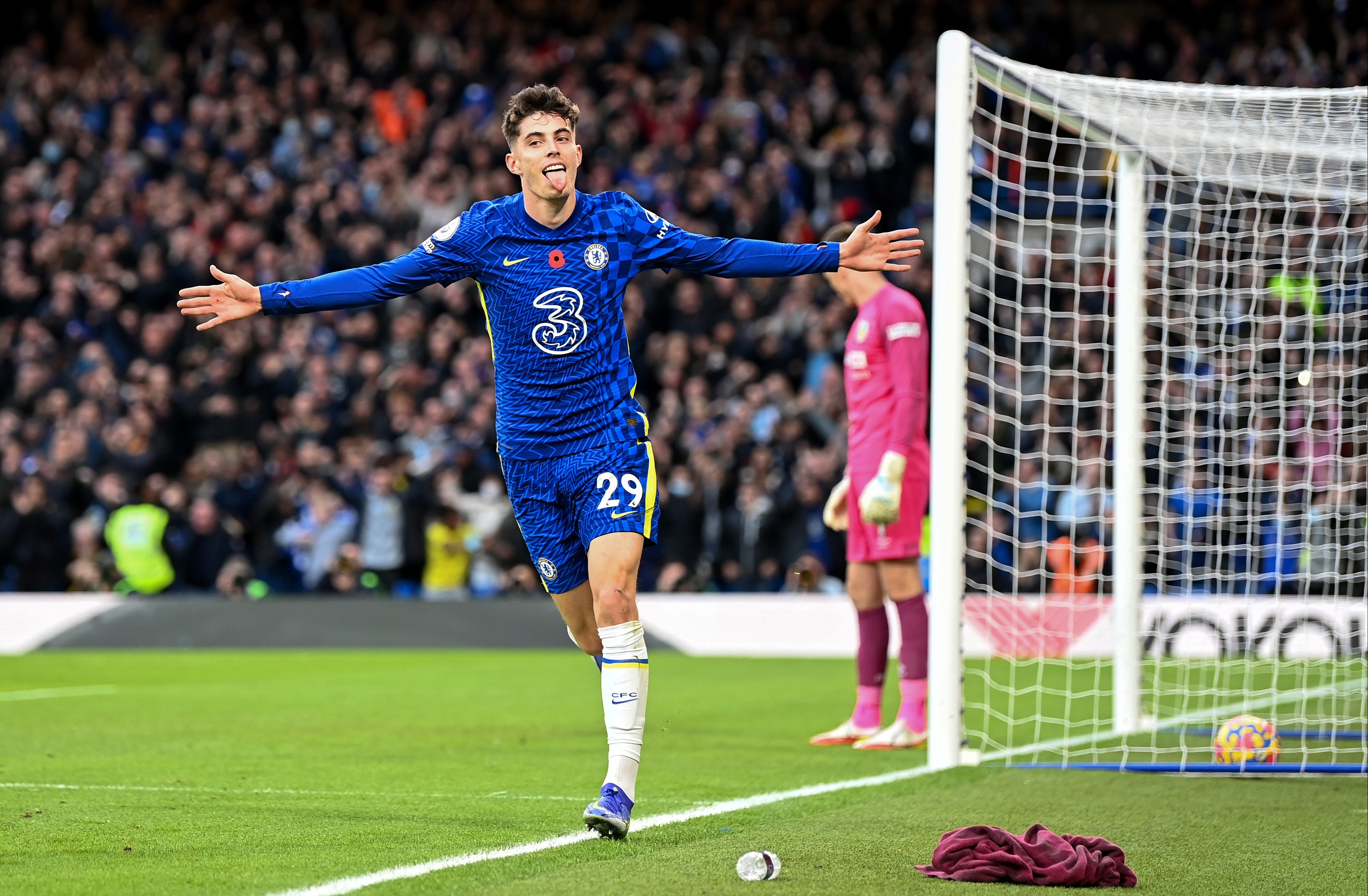 The German was leading the line again in place of injured duo Romelu Lukaku and Timo WernerCredit: Getty

They kept a deliberate cool just to rub Tuchel’s nose in it after a bust-up between the benches earlier in the game.

That had resulted in Clarets’ number two Woan mouthing obscenities at Chelsea’s manager and Tuchel exaggerating his celebrations when Kai Havertz put hs team ahead in the first half.

A simmering feeling on the touchline right through to the final whistle when all the coaches shook hands on a full-blooded contest.

Burnley come away from South West London with an unlikely point in their battle against relegation and a smug grin on the faces having humbled the European champions on their own patch. 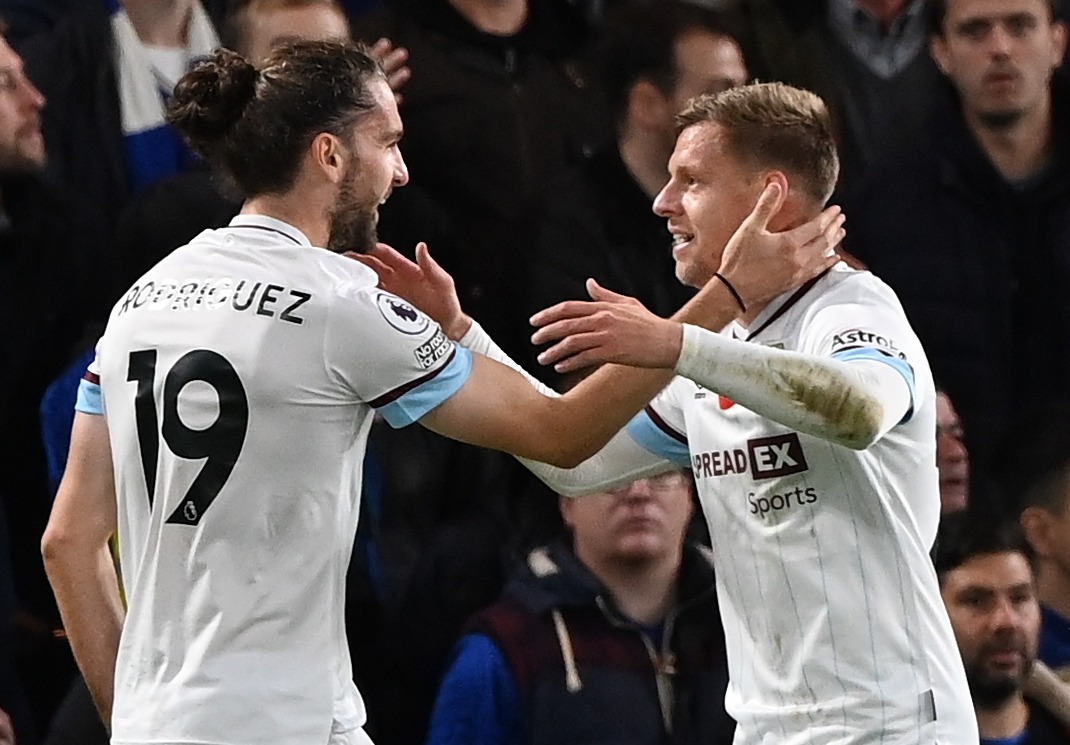 Jay Rodriguez and Matej Vydra celebrate after they combined for Burnley’s equaliserCredit: EPA 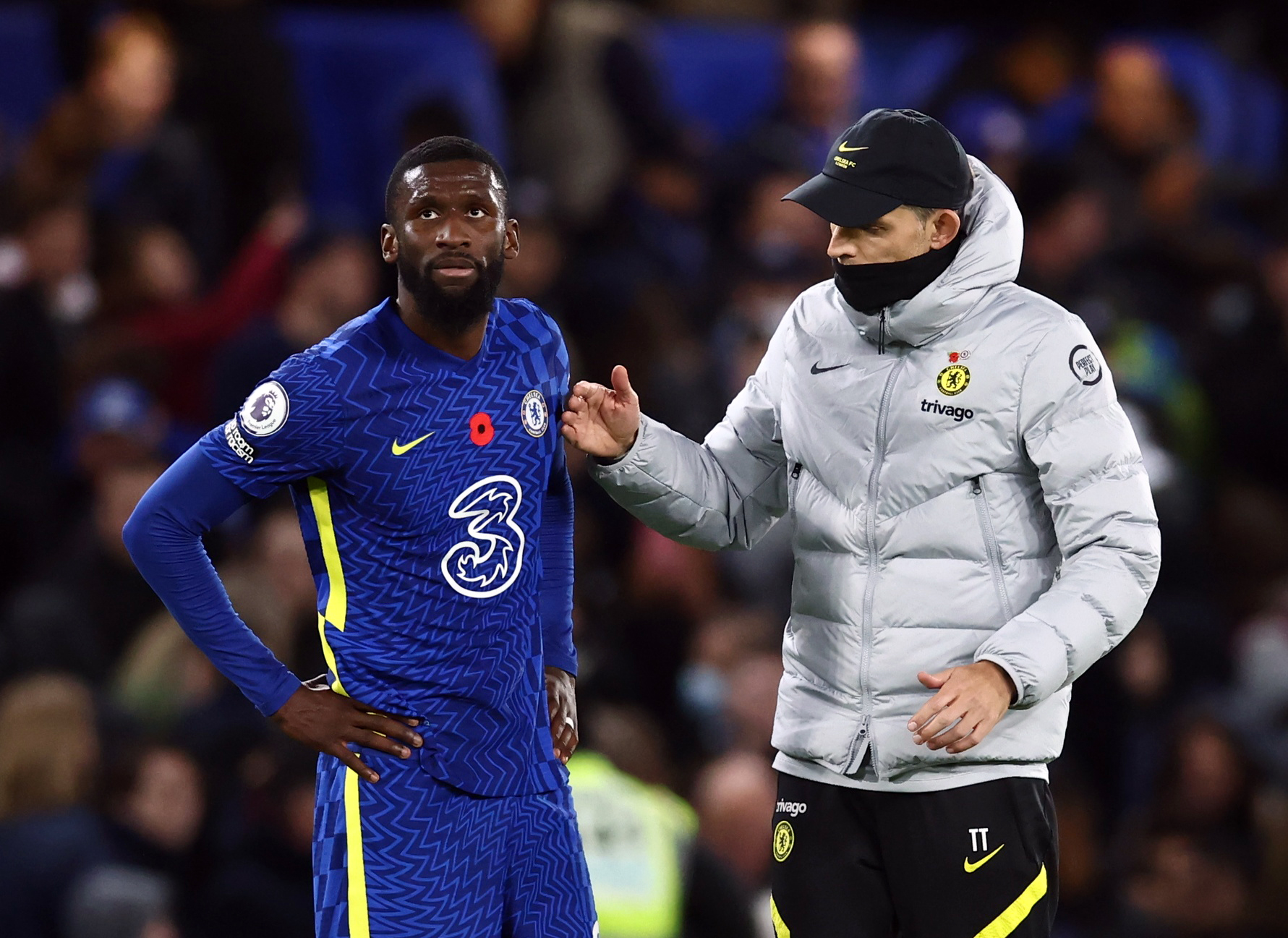 Thomas Tuchel will have time to reflect on the result over the international periodCredit: Reuters

Tuchel will have to stew in his own juices for a while until domestic action resumes with a game against Leicester on the 20th. Even with injuries and illness Chelsea should have wiped the floor with Burnley on paper.

Ross Barkley was handed his first Premier League start for more than a year as Tuchel tinkered up top with his team.

Kai Havertz partnered Callum Hudson-Odoi in a makeshift and unusual twin strikeforce which dominated the chances but could not tuck them away.

Havertz in particular has struggled to make an impact this season after scoring the goal which won Chelsea the Champions League in May.

But he picked himself up from being out-of-form to put his team ahead on 33 minutes with a glancing header from a Reece James cross.

Havertz also had to pick himself up from the front row of the stands after being tipped over the hoarding by Burnley defender James Tarkowski.

The German disappeared from sight completely until a raised hand signalled for help and he was hauled back into the action and two minutes later nodded in his first Premier League goal since August.

But they failed to build on the one goal lead and while Tuchel was losing his battle on the touchline with Dyche, the Chelsea players also failed to land the killer punch on Burnley and ultimately paid the price. 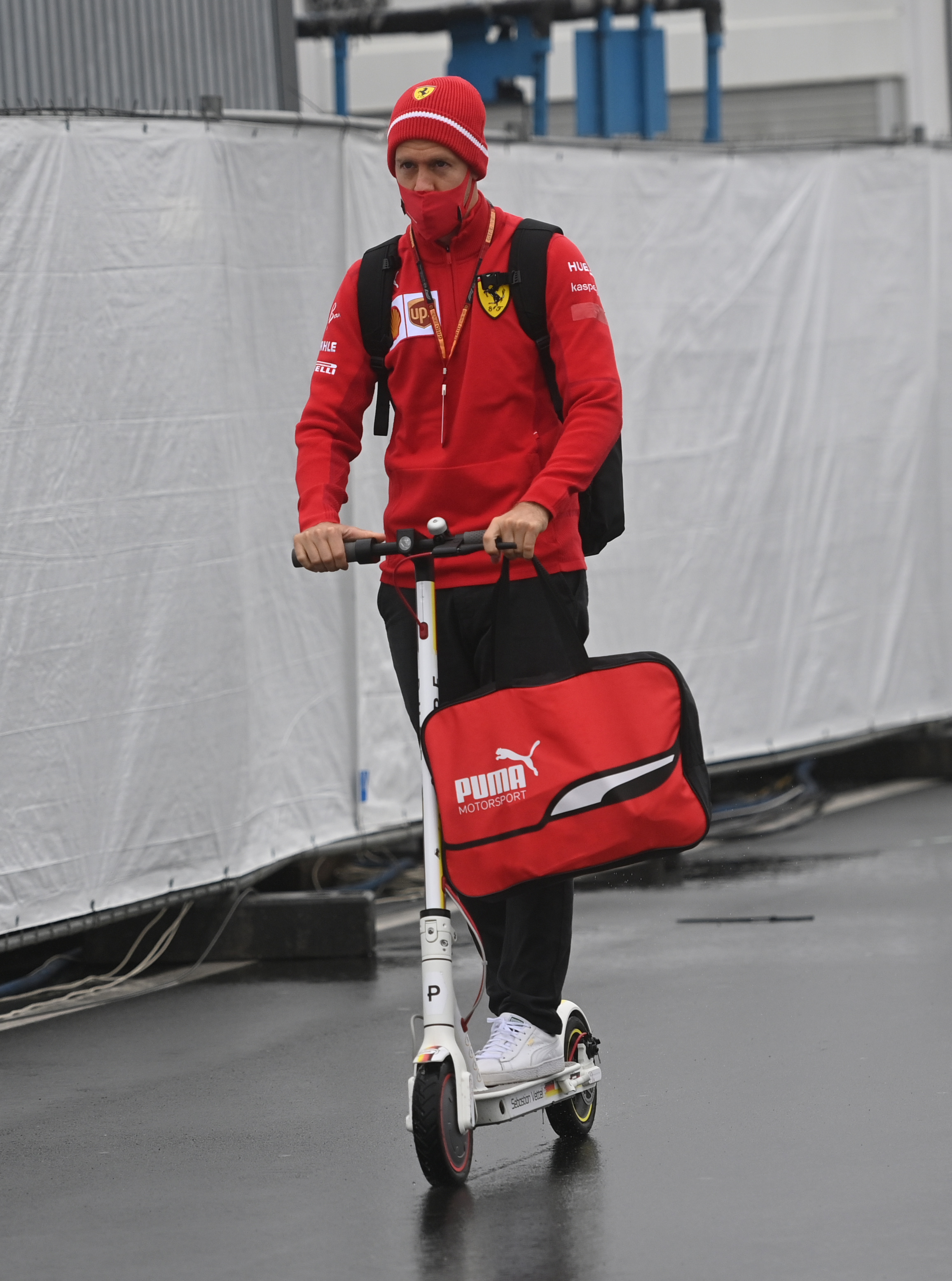