A controversial proposal to have a breakaway competition for the continent’s top clubs – like Bayern – was revealed last year and then quickly shelved after widespread backlash from across football.

Bayern were not one of the 12 founder members who proposed the idea and have publicly voiced their opposition to it.

Retired Liverpool legend and now Sky Sports pundit Carragher is one of many who have slammed the plan.

And after Unai Emery’s underdogs knocked six-time champions Bayern out of the Champions League with a dramatic win on Tuesday, Carra said it highlighted the folly of assuming there is a settled elite.

He tweeted: “What a result for Villarreal and another reason to show why the Super League was bulls***.” 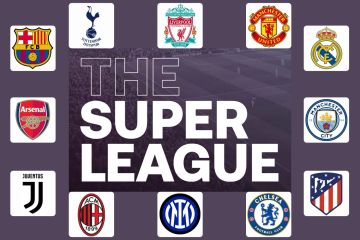 The ESL project was canned last year just days after its announcement after fans protested against football fat cats.

The proposed breakaway tournament was left in tatters after the six Premier League clubs, who had signed up, withdrew following fierce backlash.

Inter Milan and Atletico Madrid and AC Milan then all followed suit.

But the proposal has remerged this year with Barcelona president Joan Laporta saying last month it is “far from being abandoned”.

Barca, Real Madrid and Juventus chiefs have clung on to hopes of a revival.

In an interview with Mundo Deportivo, Laporta said: “Super League abandoned? No, far from it.

“We are there with Juventus, Madrid and waiting for the other teams.

“The English and German clubs are waiting to see if it will be a new format of competition or it will be an improved Champions League.”