The Dutchman, 23, took a painful whack on his left side in a challenge from Saints skipper James Ward-Prowse. 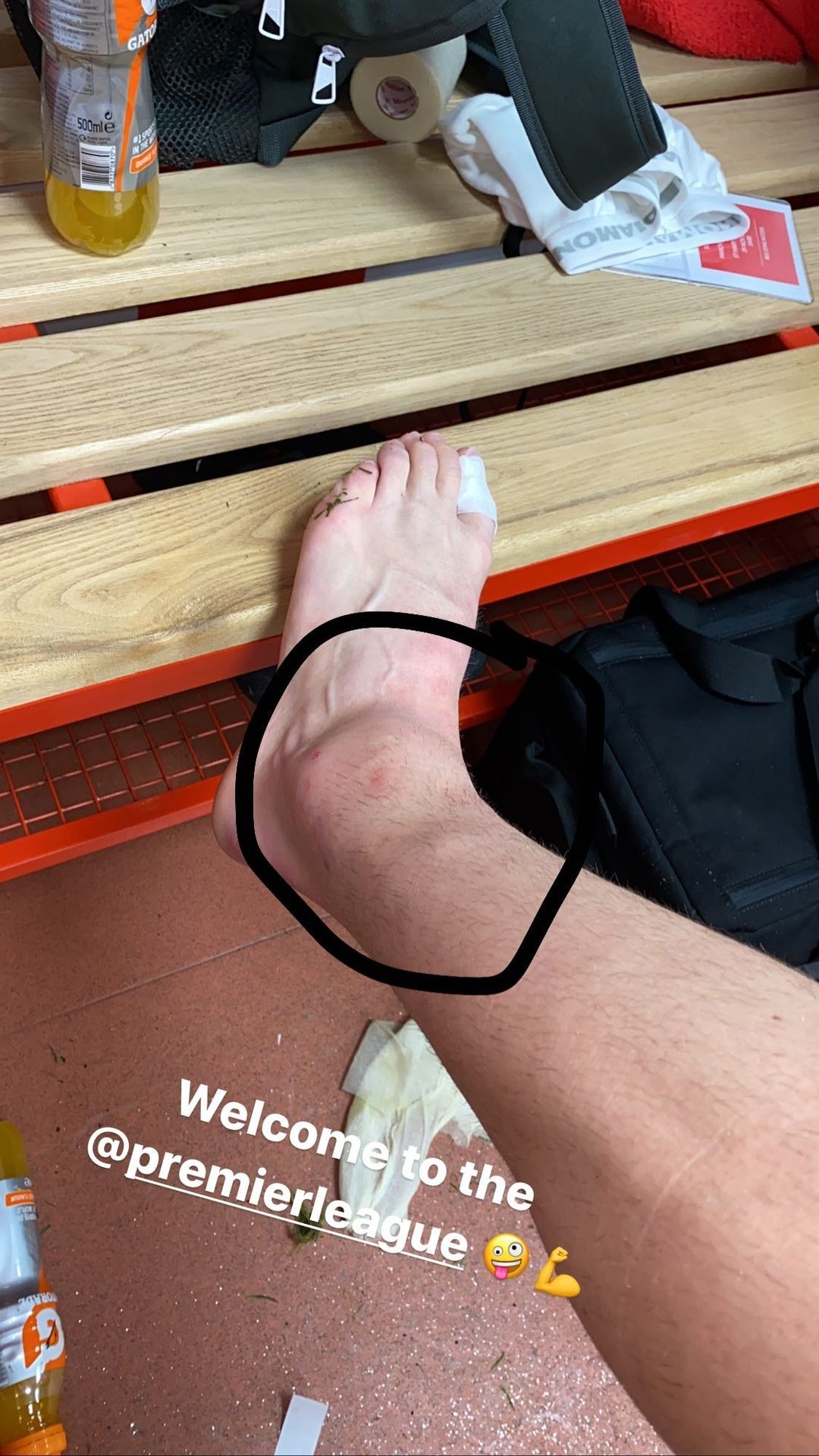 Donny van de Beek took a nasty whack on his left ankle in the win over SouthamptonCredit: Instagram @donnyvdbeek 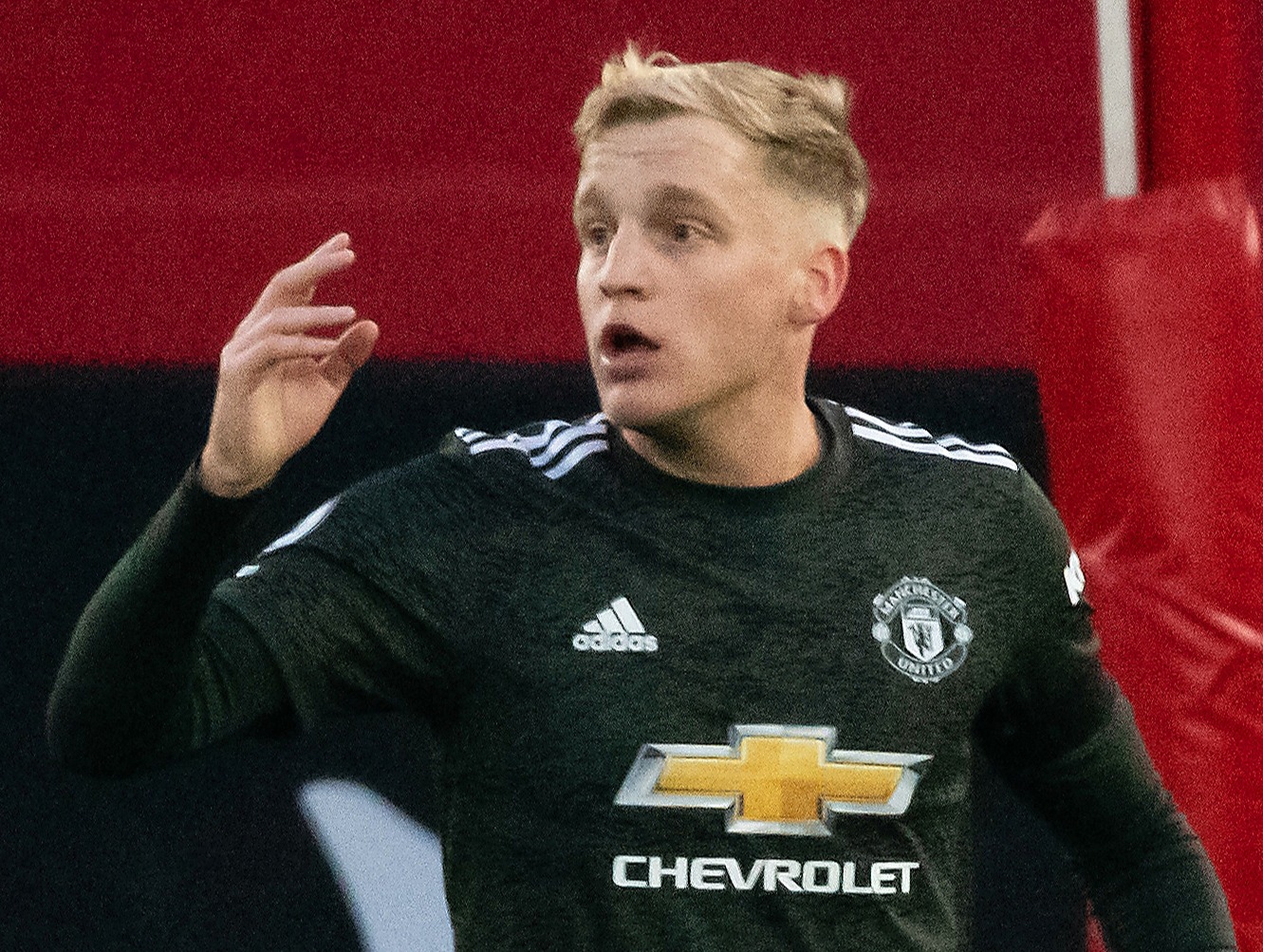 The Dutchman was making his first Premier League start since arriving from AjaxCredit: Getty Images – Getty

And he shared a picture from the away dressing room at St Mary’s of the lump.

Van de Beek took the hit with 15 minutes gone in the game as Ward-Prowse caught him late with United looking to attack.

He let out a mighty scream as he collapsed to the turf, only to be the next player to receive the ball and appeared to be moving freely.

The No34 managed to continue for the full 90 minutes before the ankle seized up and inflamed.

United’s £39million summer signing from Ajax was handed his first league start on the south coast.

And it looked as though it was going to be a day to forget when Jan Bednarek and then a trademark Ward-Prowse free-kick put the hosts 2-0 up at the break.

But super-sub Edinson Cavani changed the game with two goals and an assist to win it for the Red Devils.

And it no doubt softened the blow and helped numb the pain for Van de Beek after full-time.

However, even if Van de Beek’s swelling goes down in time for him to be fit for Wednesday’s home clash with Paris Saint-Germain, Ole Gunnar Solskjaer is sweating on the fitness of up to six other players.

David De Gea and Alex Telles both went off injured at St Mary’s while Anthony Martial missed out because of illness so are doubts.

Luke Shaw, Paul Pogba and Scott McTominay continue their recoveries from injuries and look set to be unavailable. 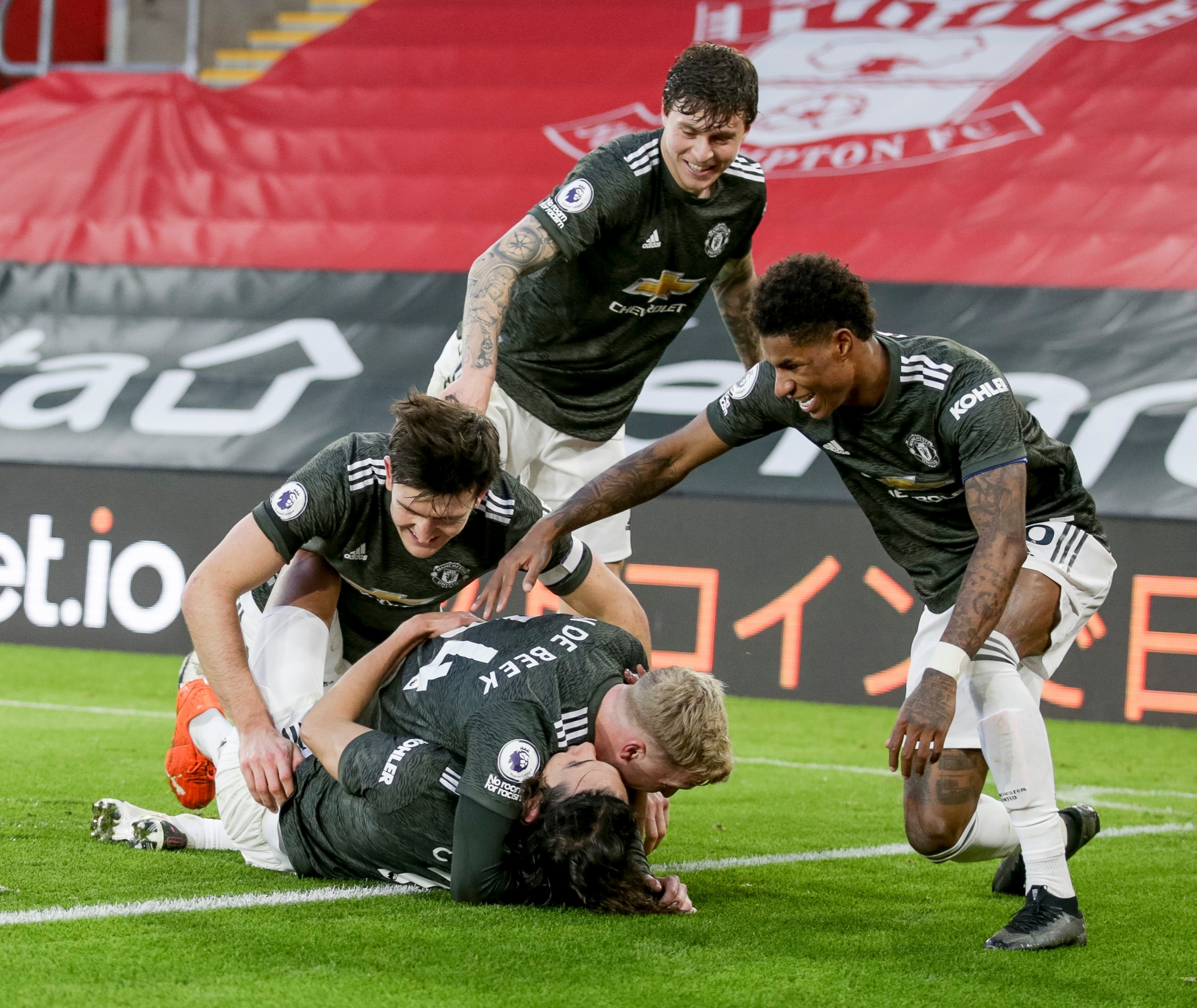 Van de Beek played the full match and was at the centre of the wild celebrations when Edinson Cavani scored the winnerCredit: Getty Images – Getty