PATRICK VAN AANHOLT slammed ‘likkleman’ Matteo Guendouzi and threatened to ‘snatch that wig off your head’.

The pair clashed during the heated Marseille vs Galatasaray Europa League tie in Turkey on Thursday night.

Matteo Guendouzi and Patrick van Aanholt were at loggerheads on Thursday nightCredit: Getty 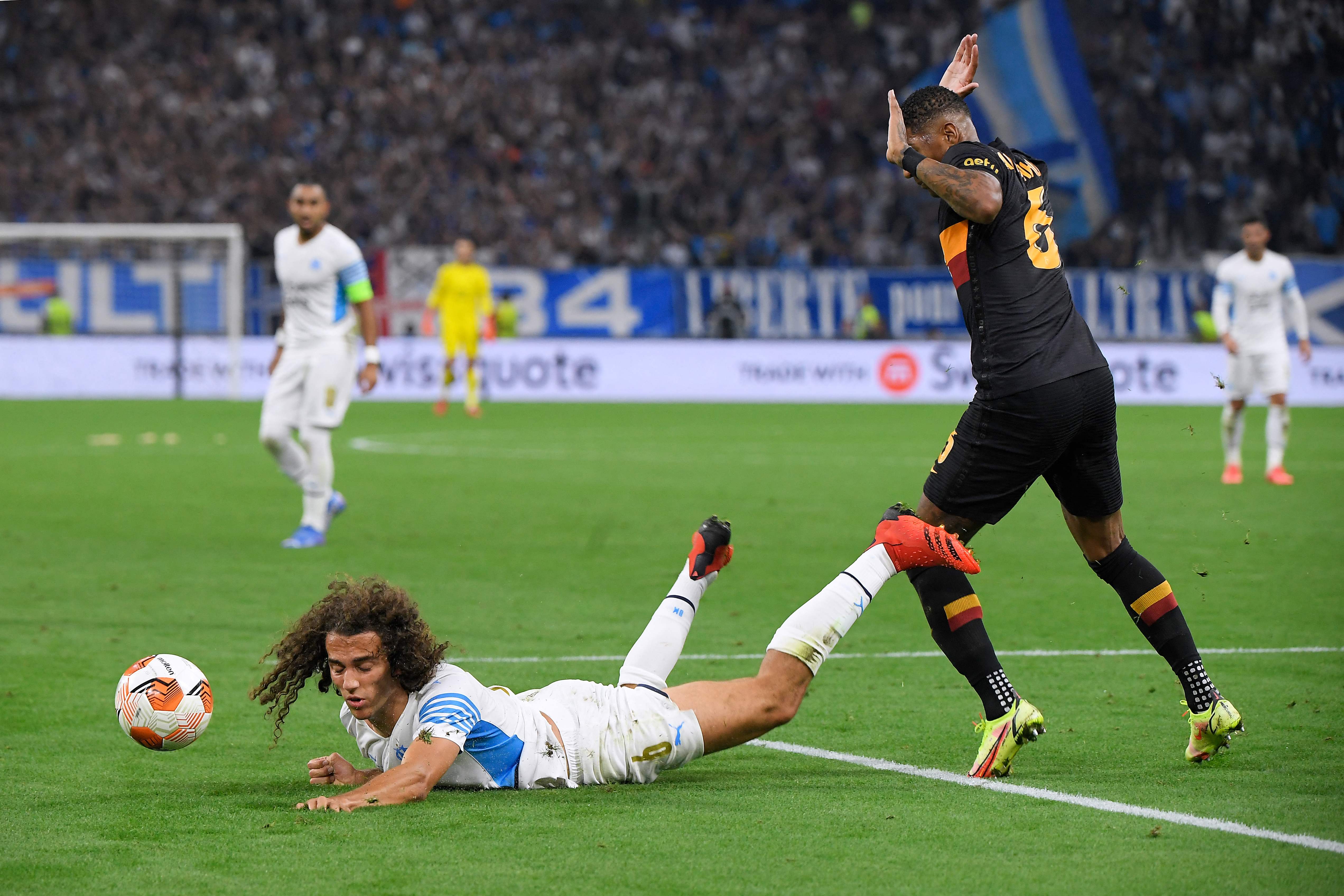 Guendouzi saw a penalty overturned by VAR during the 0-0 drawCredit: AFP 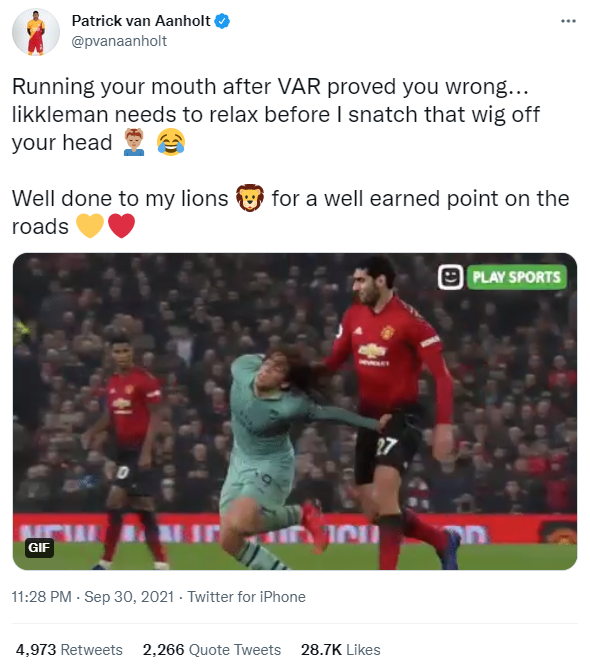 With 15 minutes to go and the scores still level at 0-0, the on-loan Arsenal midfielder went down under a challenge from Van Aanholt.

Referee Pawel Raczkowski gave the penalty – much to the dismay of the former Crystal Palace left-back.

But after a lengthy VAR check, the decision was overturned as Guendouzi argued with the officials.

The match at the Stade Velodrome ended 0-0 – however, that was not the end of the drama.

Guendouzi and Van Aanholt squared up after the full-time whistle and had to be separated by team-mates and backroom staff.

But the 19-cap Dutch international carried on the feud on Twitter.

“Likkleman needs to relax before I snatch that wig off your head.”

“Well done to my lions for a well-earned point on the roads.”

But the game was also suspended just before half-time as rival fans launched flares at each other and brawled in the stands.

Play was suspended for around eight minutes as supporters hurled pyrotechnics and battled the stewards trying to tame them.

Galatasaray boss Fatih Terim and both skippers Fernando Muslera and Dimitri Payet attempted to restore calm by appealing to the yobs.

Riot police were eventually called in to bring back a sense of peace and the game resumed. 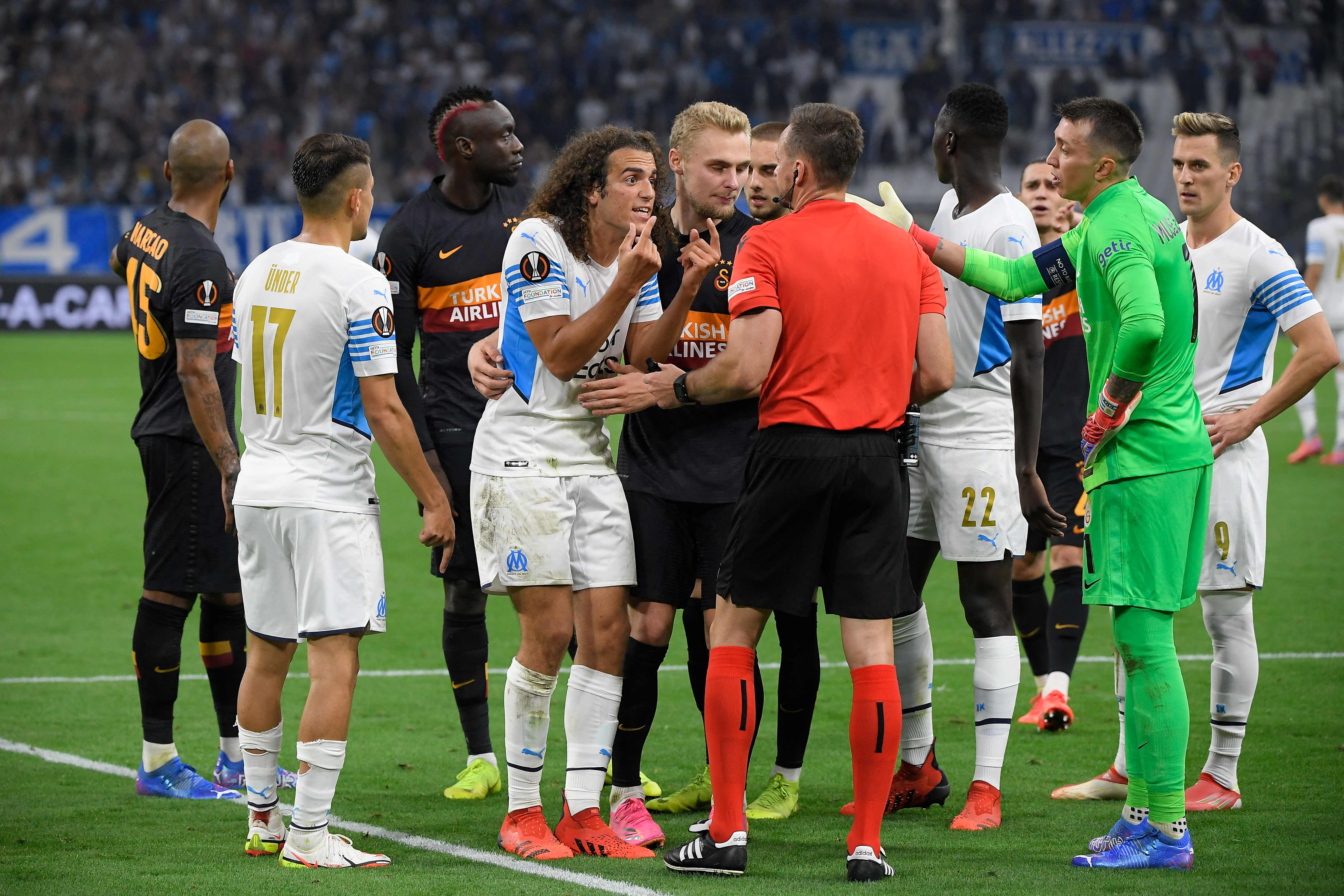 The on-loan Arsenal midfielder made his complaints known to the refereeCredit: AFP 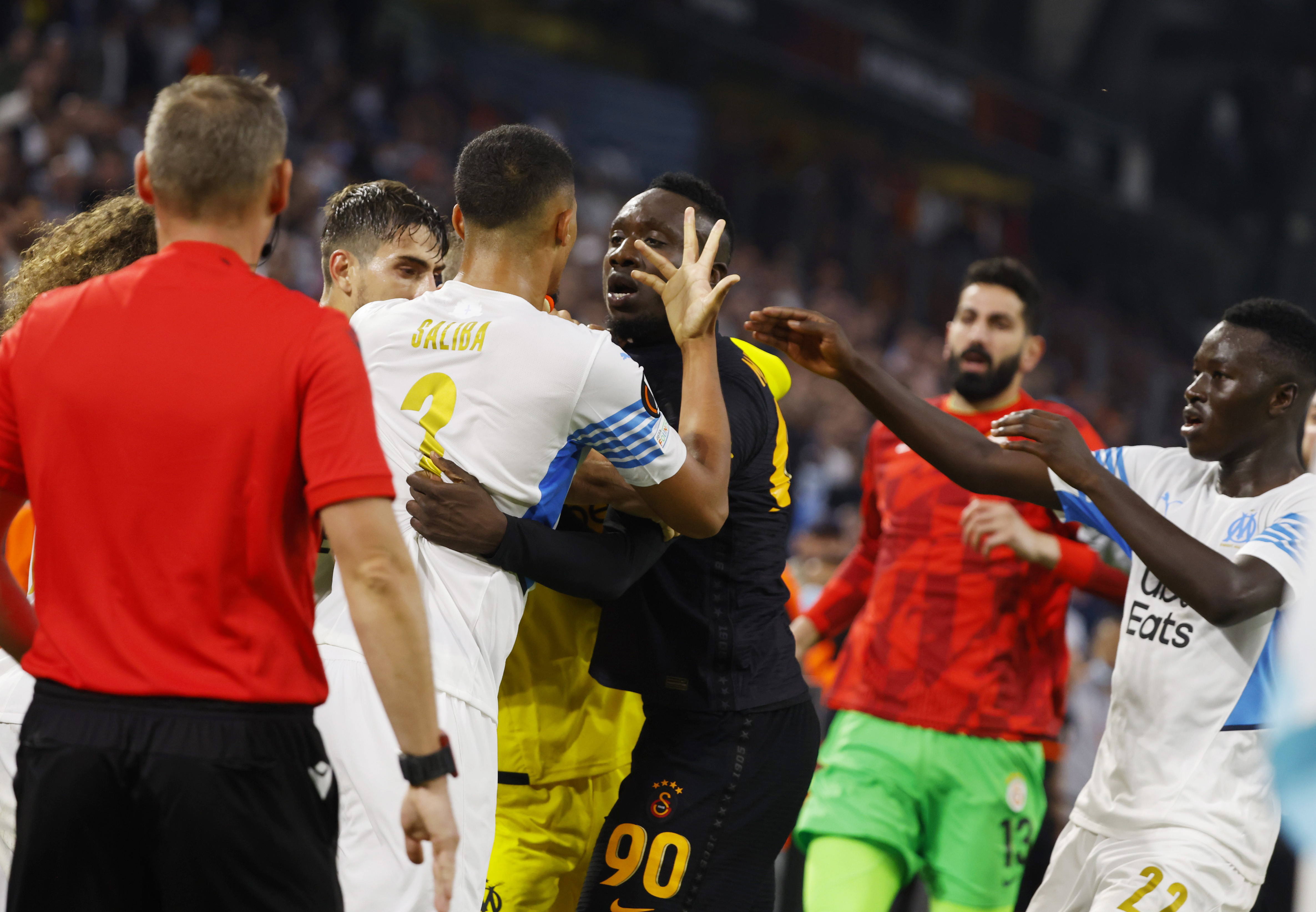 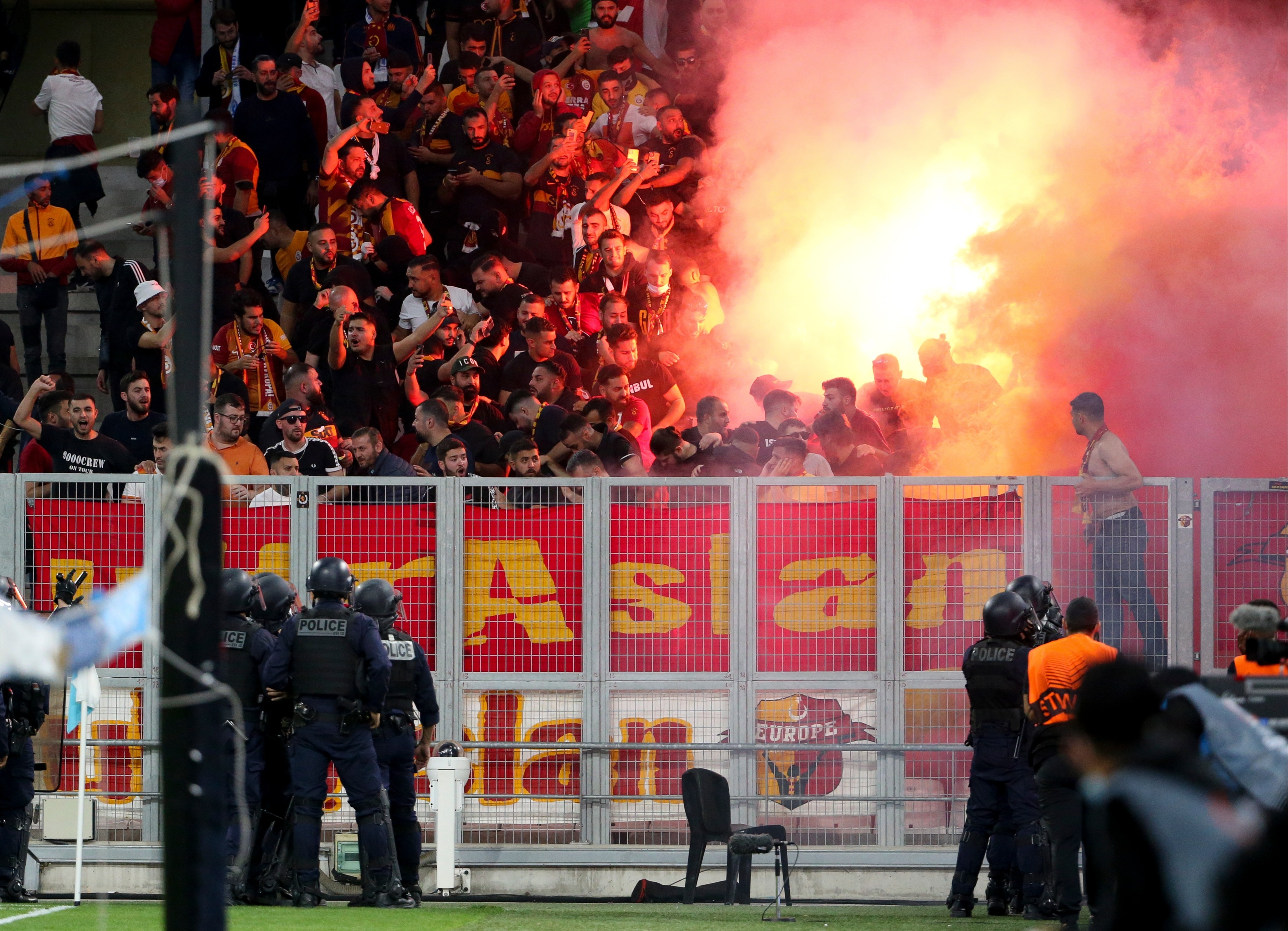 Fans let off flares in the first half and the Europa League clash was suspendedCredit: Getty

Marseille and Galatasaray fans throw flares at each other