And Malinovskyi has warned England that “everything is possible” in tomorrow’s quarter-final in Rome, following earlier shocks in the knockout stages. 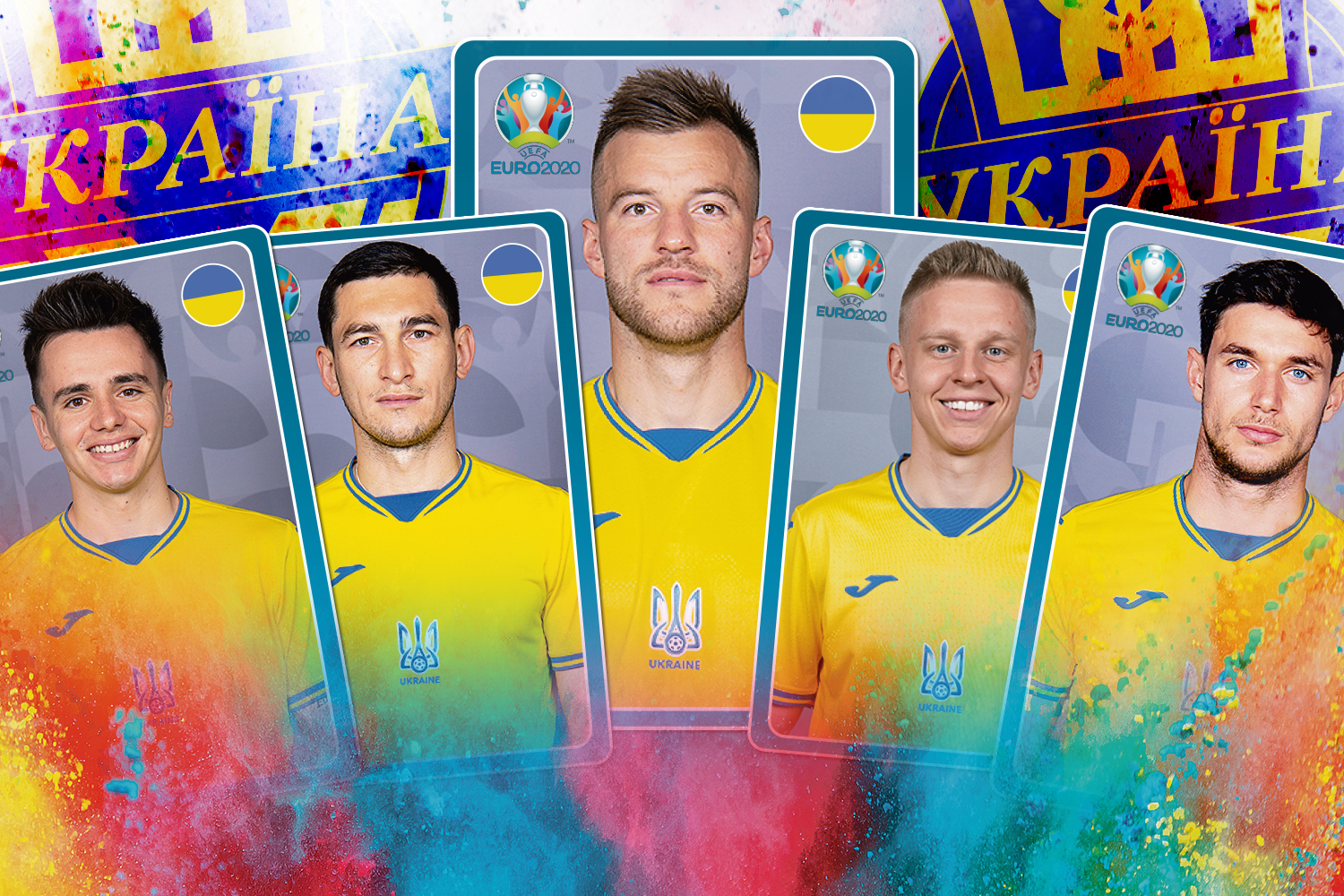 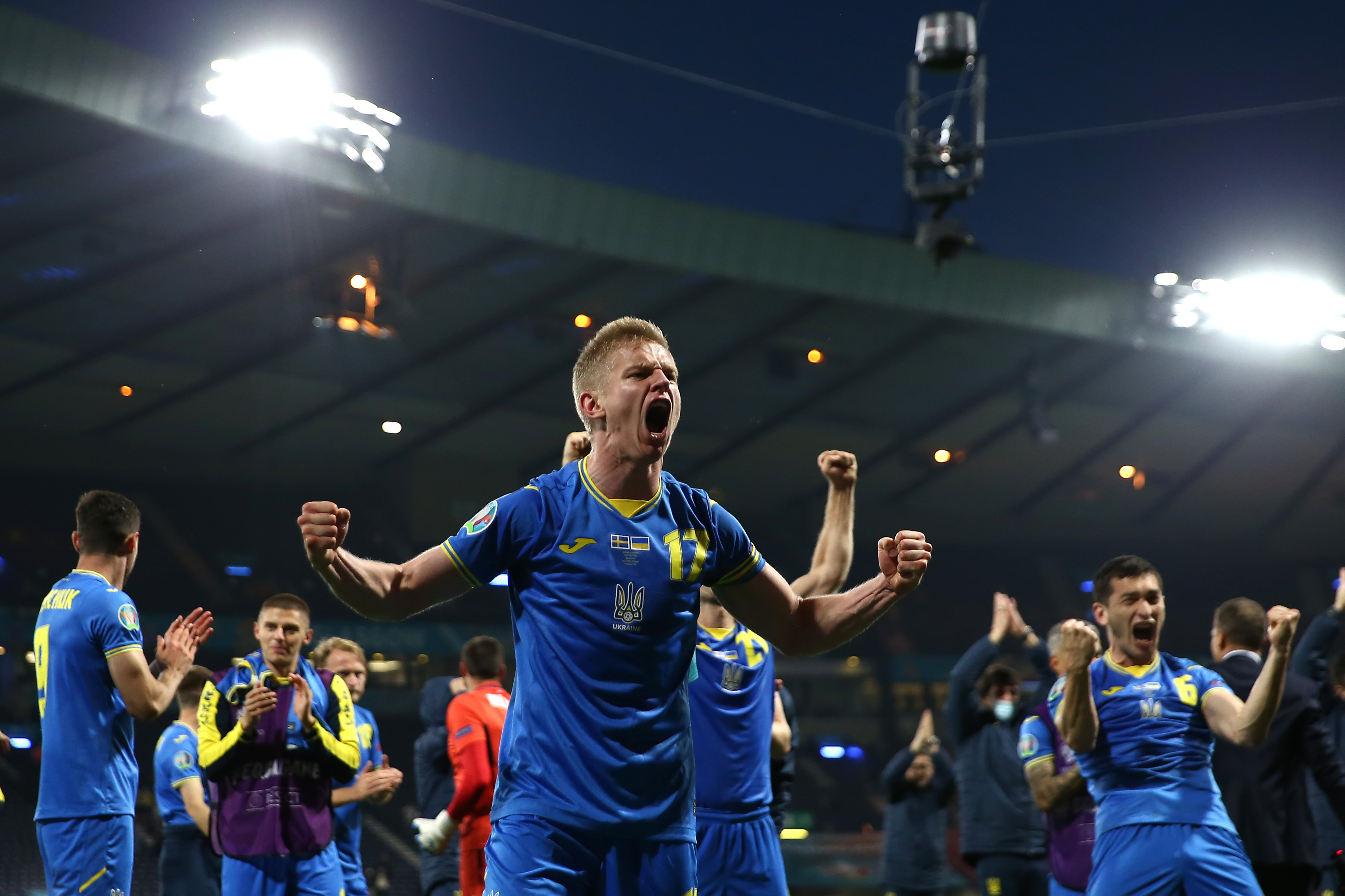 Ukraine has been involved in conflict with neighbours Russia since 2014 and the midfielder, 28, said: “For Ukraine, football has been really special during this competition because we have not so good things in our country — like the war.

“With Covid, a lot of people have lost their jobs.

“With our results that we have, what we can give is a little bit like peace for the people of Ukraine. We play for them.”

Fans who travel from England and Ukraine will not be allowed into the Stadio Olimpico.

But Malinovskyi and team-mate Roman Yaremchuk are hoping Italian-based ex-pats from their country will be out in force.

Malinovskyi said: “We know the whole country will support us. A lot of Ukrainian people live in Italy and I am sure a lot of people will come to support us. 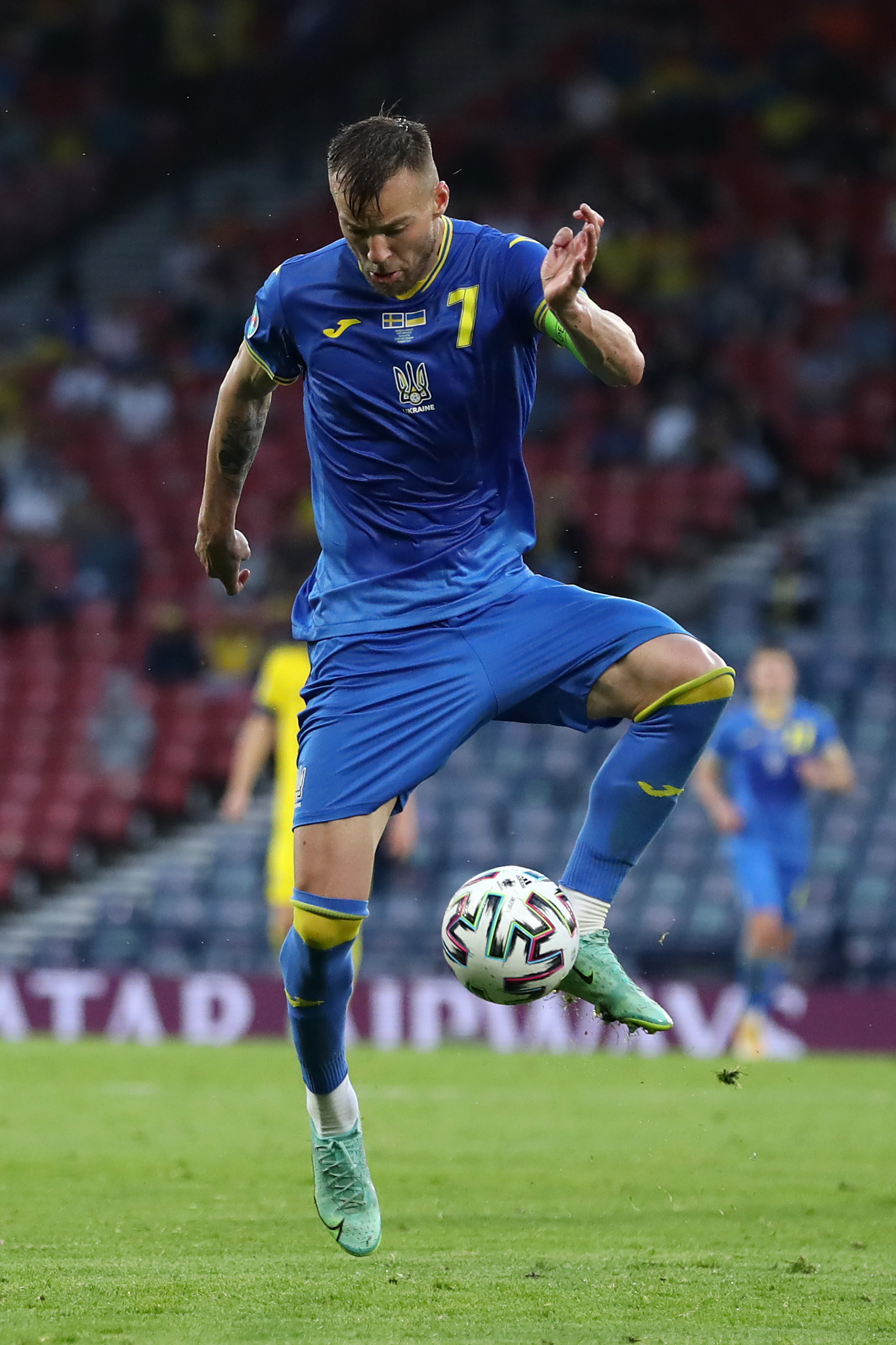 VIOLENCE in eastern Ukraine between Russian-backed separatist rebels and Ukrainian troops has seen more than 10,300 deaths, with 24,000 injured since April 2014.

The crisis in the country of England’s Euros quarter-final opponents began with protests in the capital of Kiev in November 2013 — sparked by president Viktor Yanukovych’s decision to reject a deal for greater  economic integration with the European Union.

After a violent crackdown by state security forces led to   increased protests and escalated the conflict,  Yanukovych fled the country in February 2014.

The following month, Russian troops took control of Ukraine’s Crimean region, with  Russia’s president Vladimir Putin citing the need to protect the rights of their citizens in Crimea and south-east Ukraine.

The rebels have been fighting with Ukrainian troops ever since. 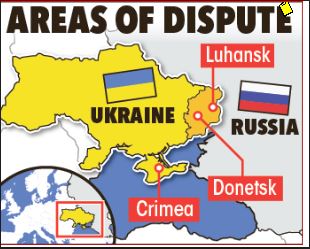 “A lot of people live in the UK and they came and supported us so hard. It gave us something, to go faster, to be more strong and for the mental part.

“The tournament has already been long with all the preparation but it has given us something.

“To push more and be focused that we play not just for ourselves, we play for the whole country.”

Atalanta star Malinovskyi believes Ukraine have more than a fighting chance against England after Switzerland dumped out favourites France.

Malinovskyi said: “We saw a lot of results that we didn’t expect from the other teams like Switzerland and the Czech Republic beating the Dutch.

“It shows that, in this tournament, everything is possible.”

Ukraine chief Andriy Shevchenko slammed his team after they scraped into the knockout stages by coming third in Group C. 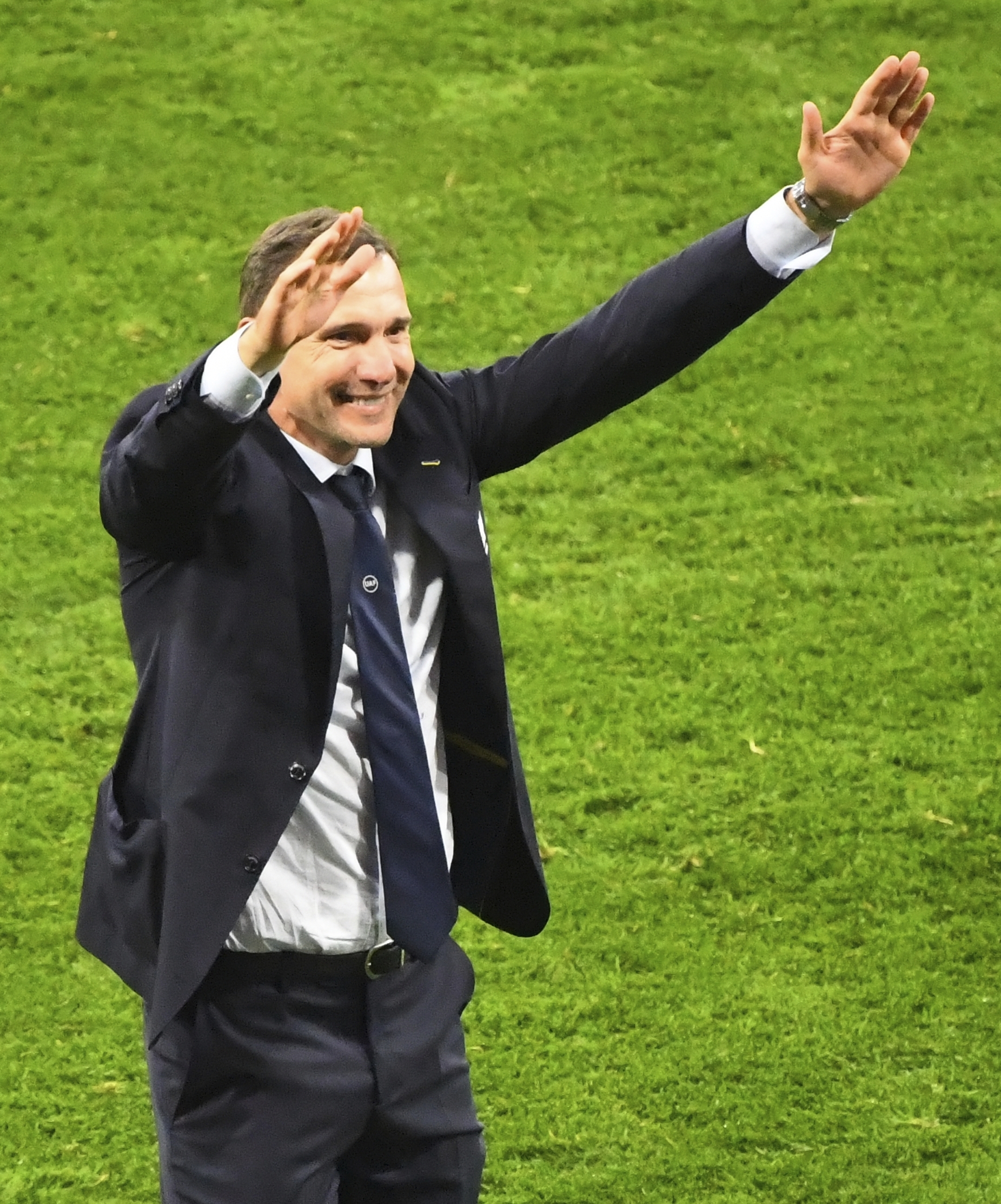 Andriy Shevchenko criticised his side’s struggle in coming third in their group before they KO’d 10-man Sweden 2-1 to reach the last eightCredit: AP 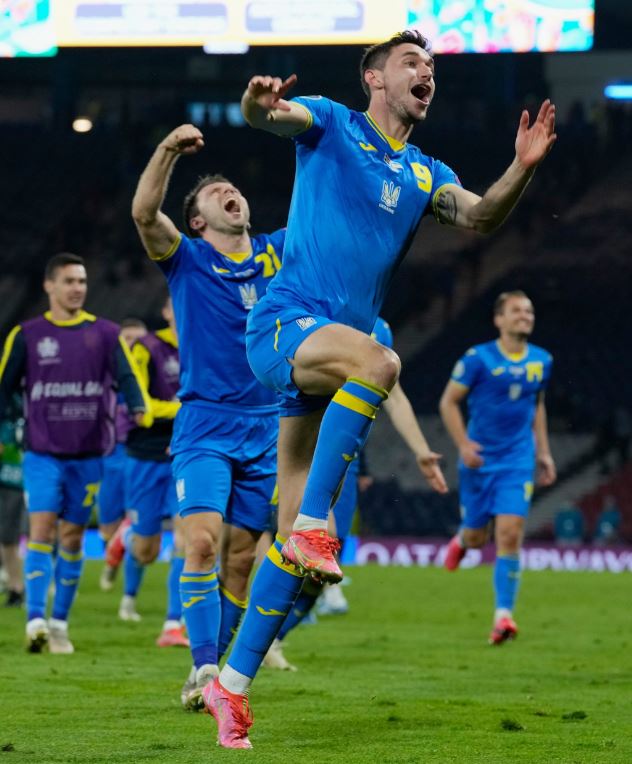 But they responded with a much- improved performance in the dramatic last-16 win over ten-man Sweden in  stoppage time of extra-time.

Striker Yaremchuk, 25, said: “We haven’t shown our best football yet but we played much better against Sweden.

“Now in the next round every game is like a final and we will have a chance to show something special against England. We will show we are fighters.”

Shevchenko has already achieved something special by leading Ukraine to the last eight of the Euros for the first time.

Malinovskyi said: “The coach has a lot of personality. He has given something new to the team that we didn’t have before. 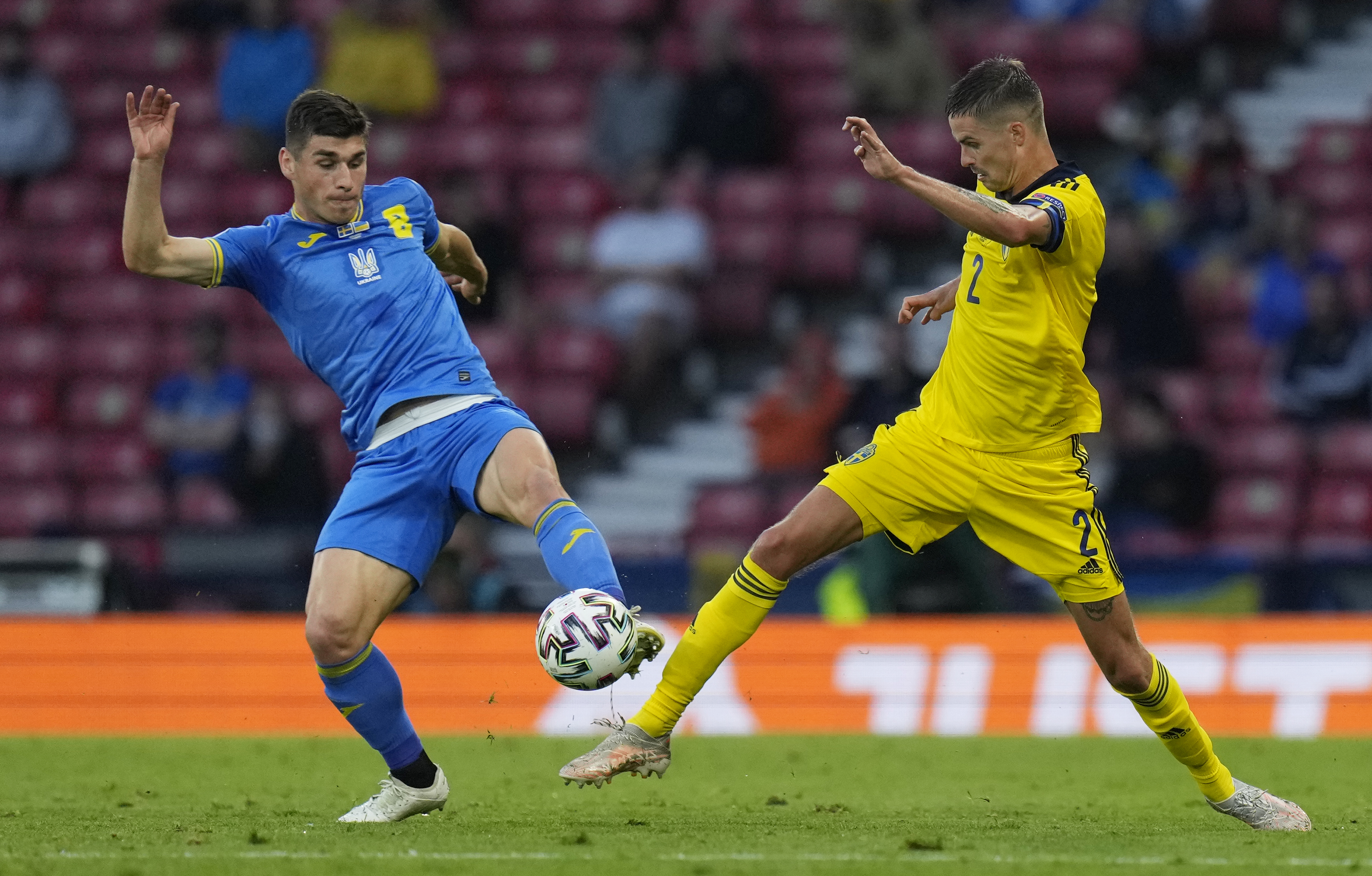 Ruslan Malinovskyi came off the bench just after the hour as Ukraine beat SwedenCredit: AP

“We have grown up as a team because of this. We have learned a lot of things, a more European way.

“Before we played more simple, now we look for other things, everything is new.”

West Ham’s Andriy Yarmolenko, who has recovered from an injury-hit season to  captain his nation, will certainly have the bit between his teeth tomorrow.

Malinovskyi said: “Last month when he didn’t play for his club he thought a lot about it and prepared to be fit for the Euros.

“He’s a real captain, he takes the team with him, he will be fit and motivated to play against England.

“It’s special for him because he plays in England and against the England  team it will be a chance for him to show that he deserves to play in the Premier League.”

But it is Gareth Southgate’s Three Lions who have it all to prove in a game for which most people make them big  favourites.

Malinovskyi said: “It’s nice to be in this position, that England are favourites. It gives more pressure for them than for us.”

Yaremchuk added: “They will feel pressure for sure, because it’s a famous team. It’s a big chance to go to the next round.”