THOMAS TUCHEL wrote his own piece of Chelsea history after outdoing any of his predecessors by stretching his unbeaten start to 13 games.

The German masterminded a flawless 2-0 victory over Atletico Madrid in the Champions League last 16 second leg on Wednesday night. 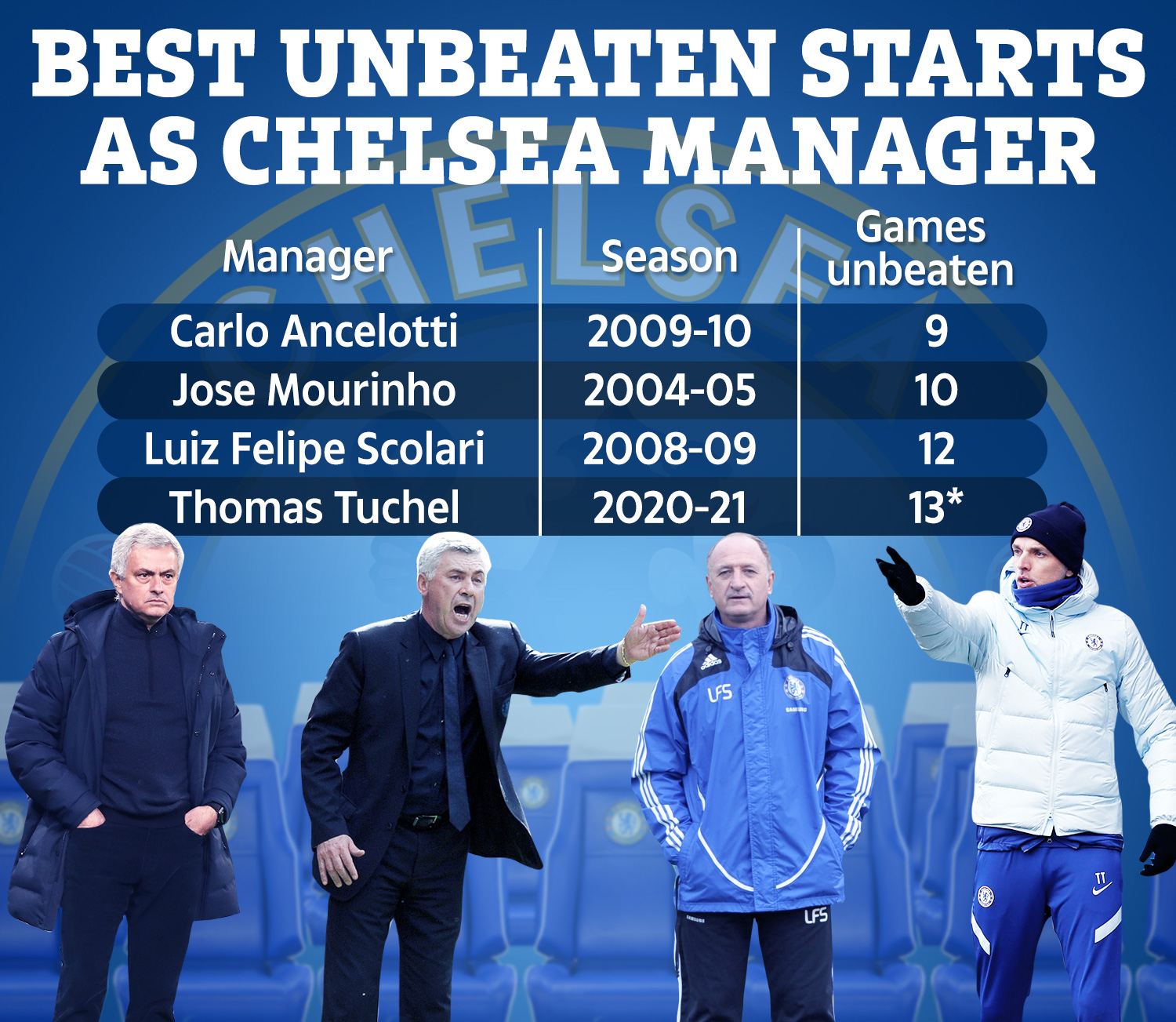 The Blues secured their place in the quarter-finals for the first time since 2014 as goals from Hakim Ziyech and sub Emerson saw off the LaLiga leaders 3-0 on aggregate.

And the impressive display gave the former PSG boss a new Chelsea record.

Scolari racked up 12 games without a loss at the start of the campaign but Tuchel has gone one better after a stirring performance saw him get one over counterpart Diego Simeone.

Ancelotti kicked off his double-wining 2009-10 season with nine games undefeated.

And Mourinho, after introducing himself to the English press as ‘The Special One’, made it to double figures in his first stint at Chelsea in 2004-05 – before leading the West Londoners to their first league title in 50 years.

Tuchel is yet to taste defeat since he took over from sacked Frank Lampard in January, winning nine and drawing four of his 13 games in charge in all competitions. 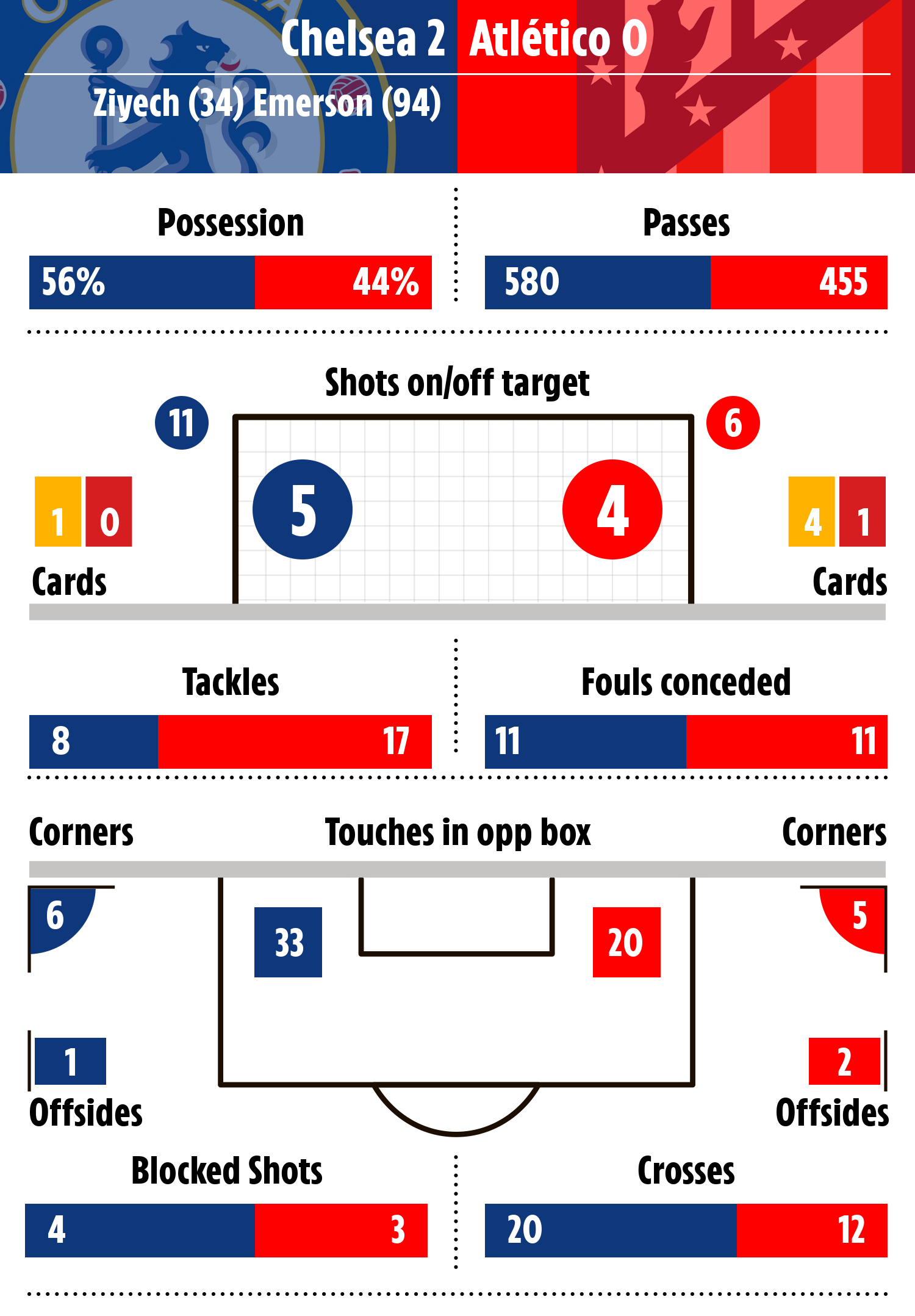 The backbone of his incredible run has been Chelsea’s resolute defence which has helped the side climb into the Prem’s top four.

Tuchel is yet to concede a single goal at Stamford Bridge in six home games and has watched his side let in just two on the road.

One of which was Antonio Rudiger’s calamitous own goal at Sheffield United, with Liverpool loanee Takumi Minamino the only opposition player to notch a goal against Tuchel’s side for Southampton.