BRIGHTON finally landed a winning Prem punch thanks to some Boxing Day stunners.

The Seagulls had gone 11 league games without a victory before Brentford arrived on the south coast – scoring just seven goals in the process.

Brighton comfortably beat Brentford at the Amex to move back into the top-half on Boxing DayCredit: PA 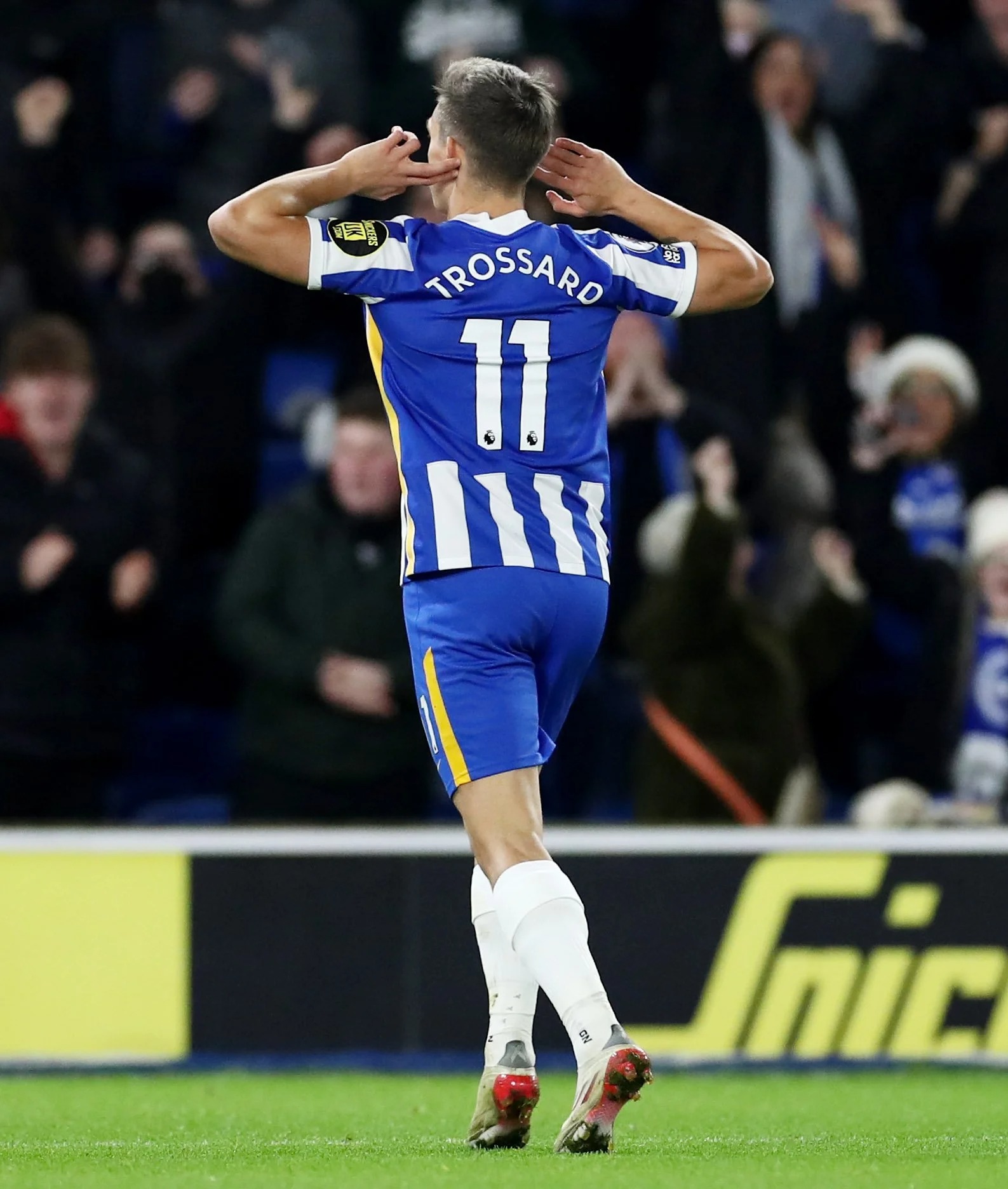 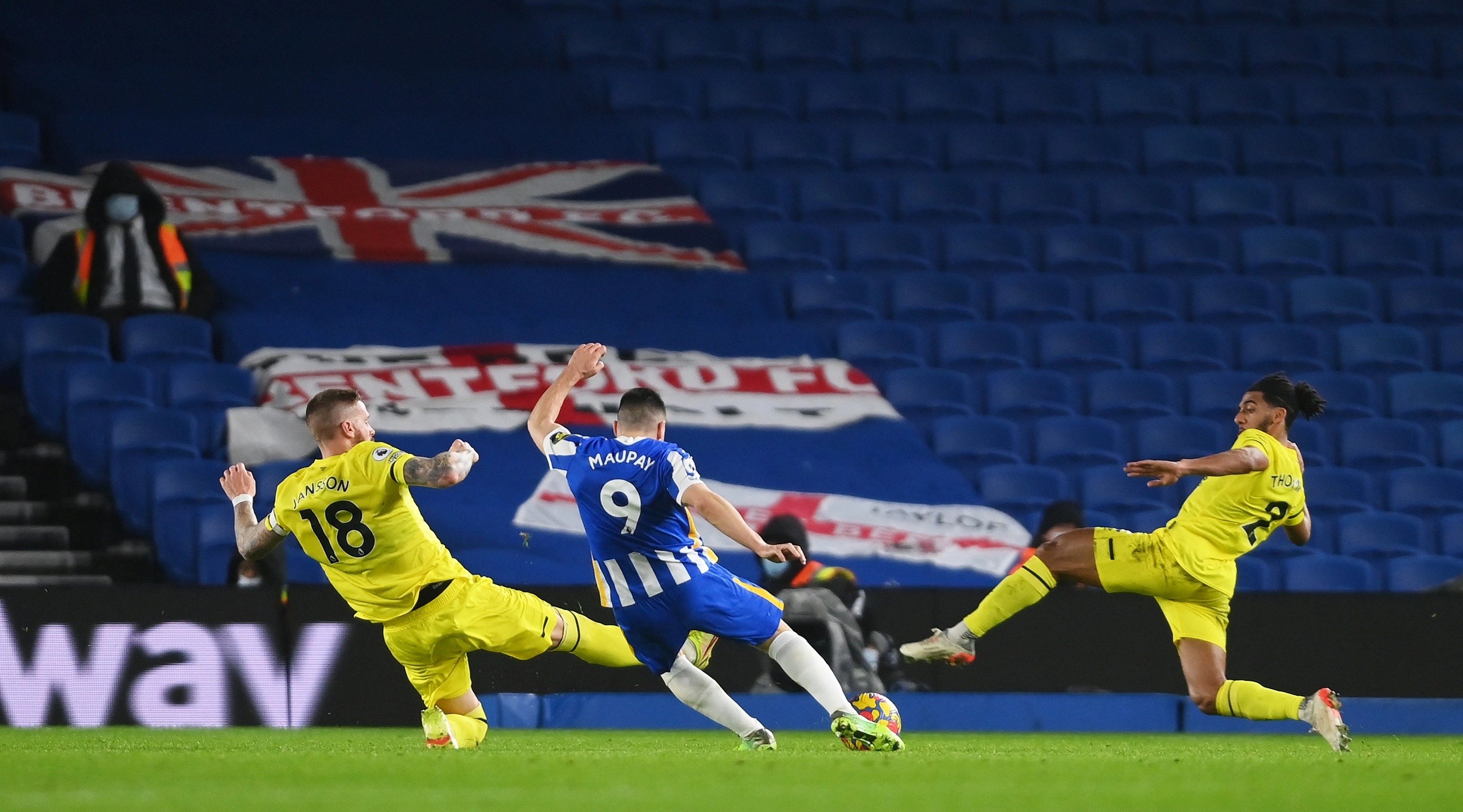 And Neal Maupay’s peach sealed the Seagulls’ first win in 12 before half-timeCredit: Getty

To say a touch of class has eluded them is a serious understatement.

But Santa must have treated Brighton’s goal-getters to some shooting boots as they delivered at the 12th time of asking to end the division’s longest winless streak.

Leandro Trossard got the party started with real panache – a first time volley outside the box to lob Bees keeper Alvaro Fernandez in the 34th minute.

And eight minutes later Neal Maupay fired a rocket from range into the top corner.

At last, a killer instinct from Brighton. Where has this been since their previous three points on September 19 against Leicester?

To make matters worse for Thomas Frank’s Brentford, both scorers have history in west London. 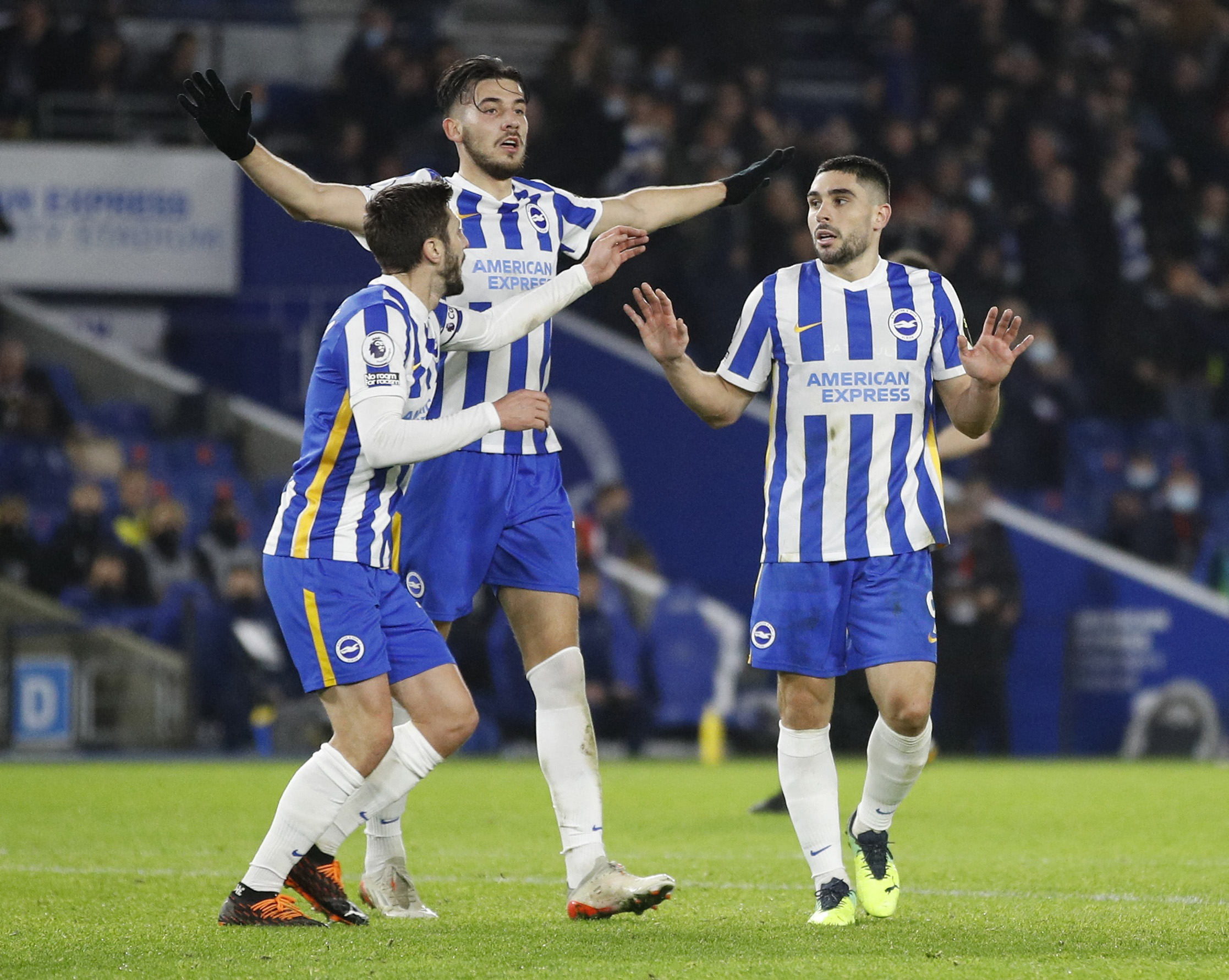 Maupay refused to celebrate the goal against his old sideCredit: Reuters

Trossard netted an injury time winner in the reverse fixture three months ago, while Maupay was once a Brentford hero before joining Brighton in August 2019.

This result means Brentford are on a torrid run of their own – failing to win away from home since turning over West Ham on October 3.

The visitors were hit with Covid-19 before kick-off with Vitaly Janelt testing positive as Frank made three changes from their Carabao Cup defeat to Chelsea four days previous.

Potter made four changes – despite the fact his Brighton side had 11 days to prepare for this one following their cancelled visit to Manchester United on December 18.

It was the hosts who started looking the more jaded however, as Brentford went close through Bryan Mbeumo and Shandon Baptiste in the opening stages.

Brighton responded by suffocating Brentford on and off the ball. Dan Burn’s looping header smacked the bar.

This was turning into a real midfield slog-fest before Enock Mwepu decided to take charge with an inch-perfect ball over the top that caught out Pontus Jansson and Ethan Pinnock.

Trossard had gambled with his run and after letting the ball drop over his shoulder he stuck out a leg that left Fernandez rooted watching the ball roll into an empty net.

Judging by the celebrations, this one felt just as good as a 90th minute winner.

Maupay loves a late strike – his last three goals coming in the dying moments as equalisers – but this time he hit with a only few minutes left of the first half.

Jakub Moder jinked through a misshapen Brentford defence and teed it up for the Frenchman on the edge of the box and he gladly let rip.

Both sides made changes at the break – Danny Welbeck replaced Trossard while Mathias Jensen and Mbeumo were yanked for Frank Onyeka and Yoane Wissa.

Brentford improved. Robert Sanchez was forced into a brilliant fingertip save to deny Pinnock’s header on the hour mark before Marc Cucurella cleared an effort off the line.

Yet Brighton were determined not to be undone twelve times on the spin.

The elation may be brief – a trip to Chelsea on Wednesday Beckons – but Potter at least has this unwanted 11-game monkey off his back.