AN emotional Trent Alexander-Arnold roared with delight after setting up Liverpool’s opening goal in their rout of Arsenal on Saturday night.

The defending Premier League champions ran out 3-0 winners at the Emirates thanks to a brace from Diogo Jota and an 18th goal of the season for Mohamed Salah.

Alexander-Arnold set up Jota’s first with a delicious cross from the right-wing, which the Portuguese nodded past a helpless Bernd Leno.

And seconds after Jota headed home, a fired-up Alexander-Arnold – who was recently dropped from the England squad – spun around and roared like a man possessed.

Sky Sports commentator Gary Neville was quick to comment on how jubilant the full-back was.

He said: “You just think about the fact that [Rob] Holding is in there against Jota, but the cross is just too good.

“It’s absolutely brilliant. And that celebration is an extraordinary one from Alexander-Arnold because he’s been questioned this last week.

“Being left out of the international team from where he’s been in these last 12 months was a real shock to everybody.”

England boss Gareth Southgate omitted Alexander-Arnold from his latest squad due to a dip in performance.

Kieran Trippier, Reece James and Kyle Walker were all selected ahead of the Premier League and Champions League winner.

Reds chief Jurgen Klopp was thoroughly impressed by Alexander-Arnold’s display against the Gunners but refused to be further drawn on his omission from the latest England squad. 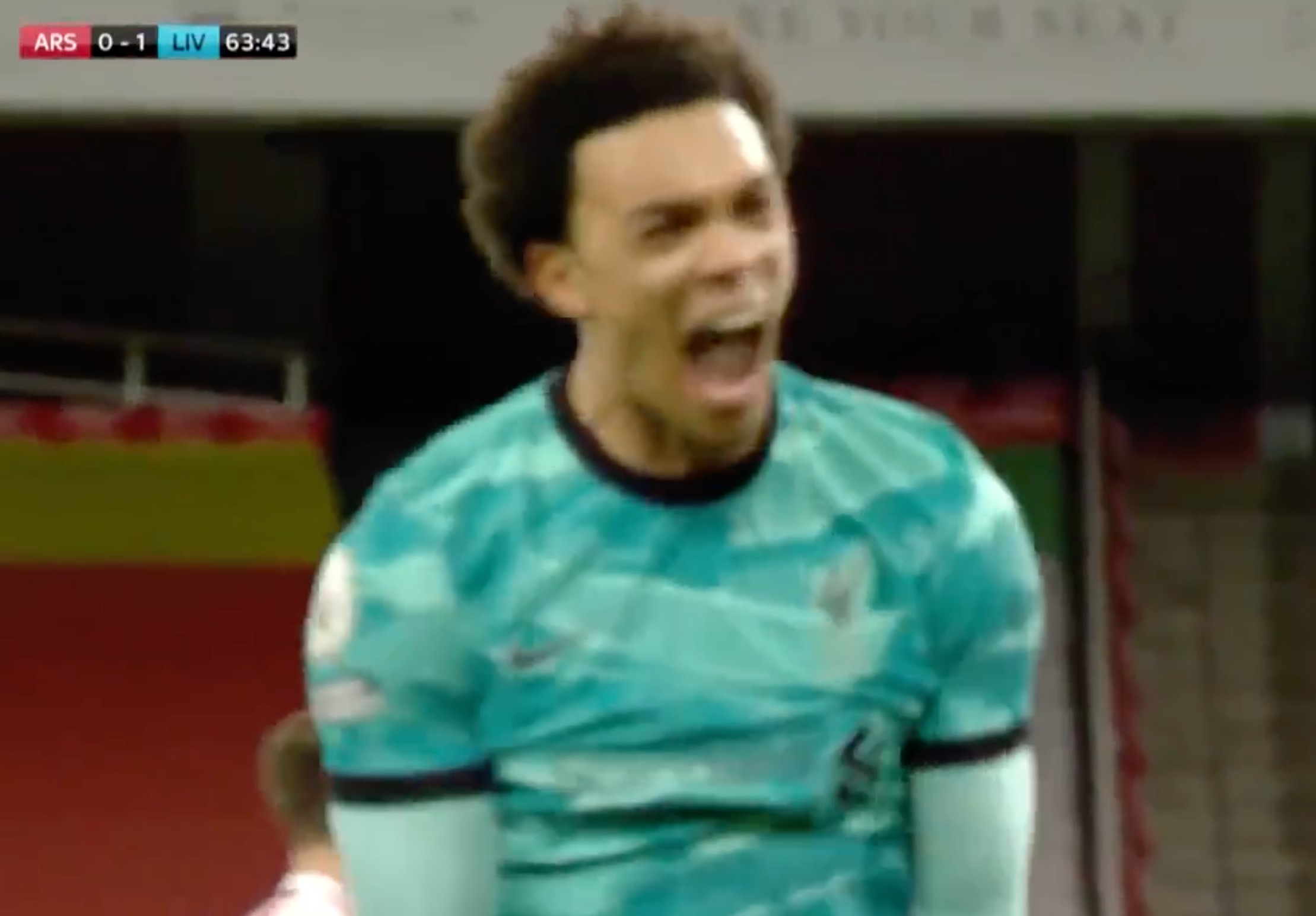 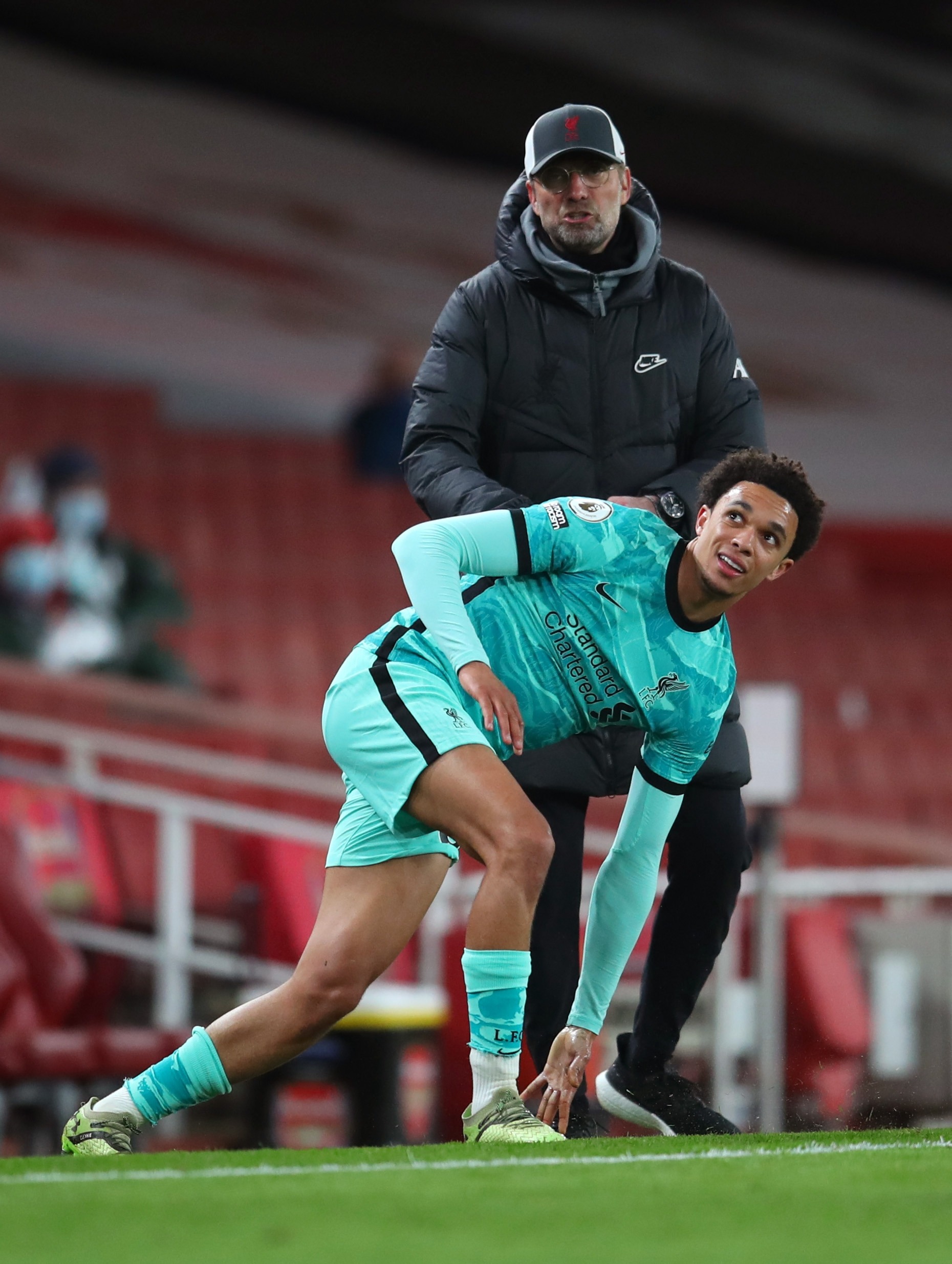 “I don’t want to make a funny discussion about it. It was Gareth’s decision and he is blessed with the choice he has.

“But Trent is in good shape and if someone says he is not I have to say that is wrong. That’s all.

Alexander-Arnold and his Liverpool team-mates will be back in action on Tuesday night, travelling to the Spanish capital to take on Real Madrid for the first leg of their Champions League semi-final tie.