And goals from Maren Mjelde and Fran Kirby helped the 10-player Blues turn their nightmare start into a victorious 2-0 dream finish. 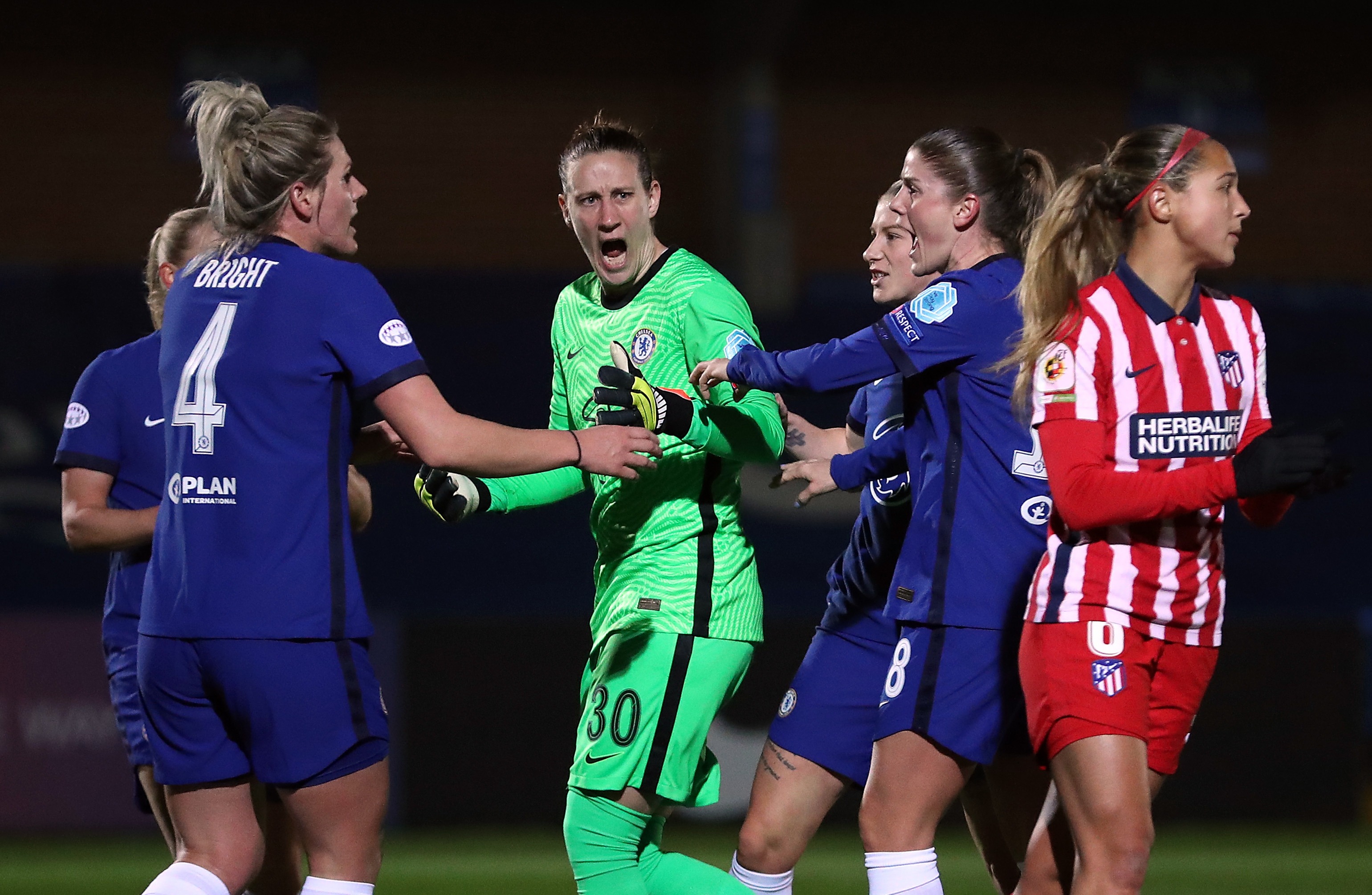 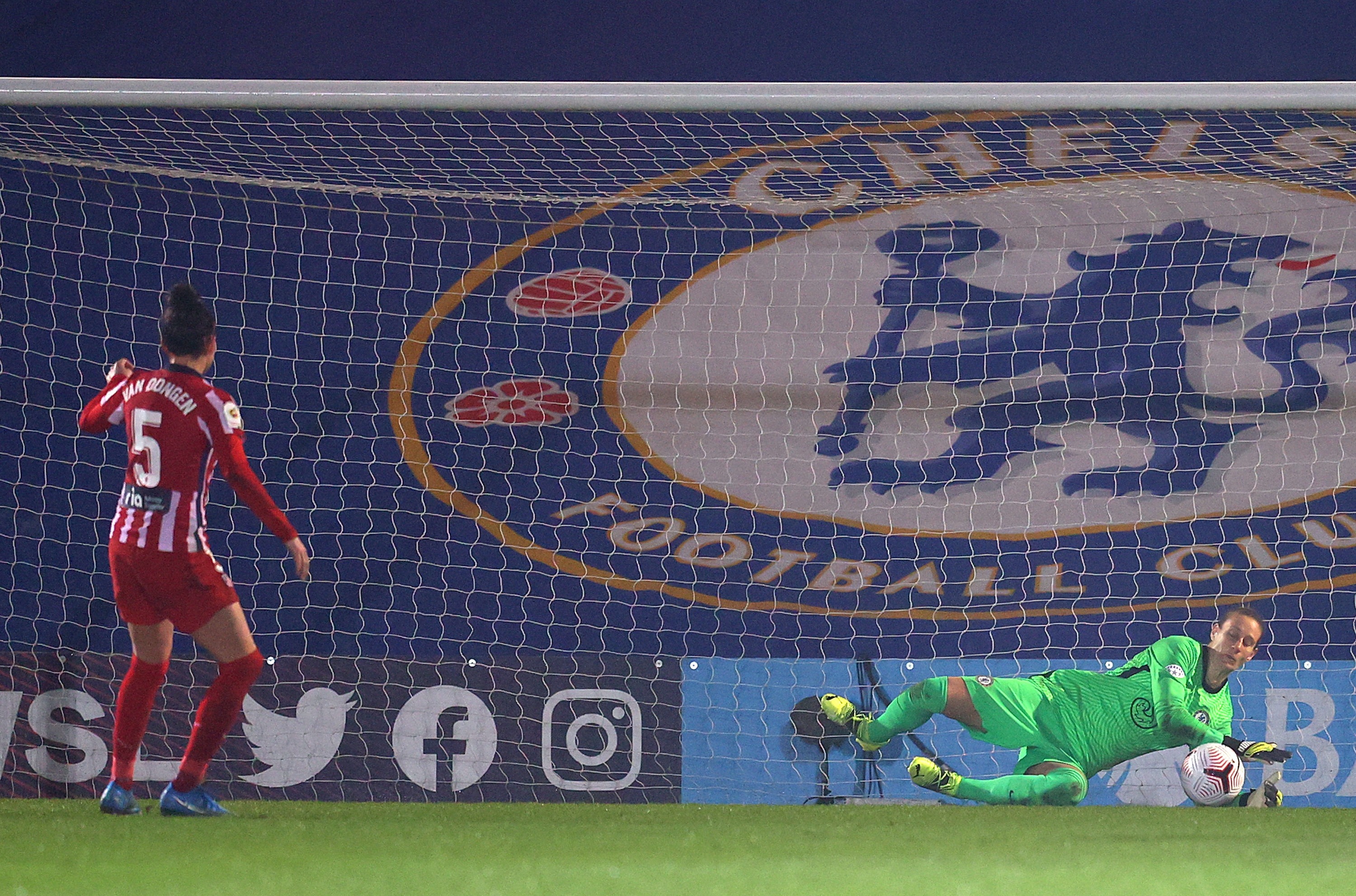 Prior to kick-off, Emma Hayes said the clash between her WSL aces and their visitors would be the tie of round 16.

And it proved to be the case for Chelsea who were missing skipper Magda Eriksson due to injury and who saw Sophie Ingle given her marching orders.

But hero Berger helped her team bounce back after they went down to 10 players helping them grab a vital win ahead of the second leg.

“She’s the best shot-stopper in the league, everyone in my squad says she’s extremely difficult to beat.

“Let’s give her the credit tonight, she was absolutely brilliant.

“That’s whether you’re going down to 10 players, conceding a penalty, making some changes that are not necessarily the ones you’d expect to make at that time of the game. 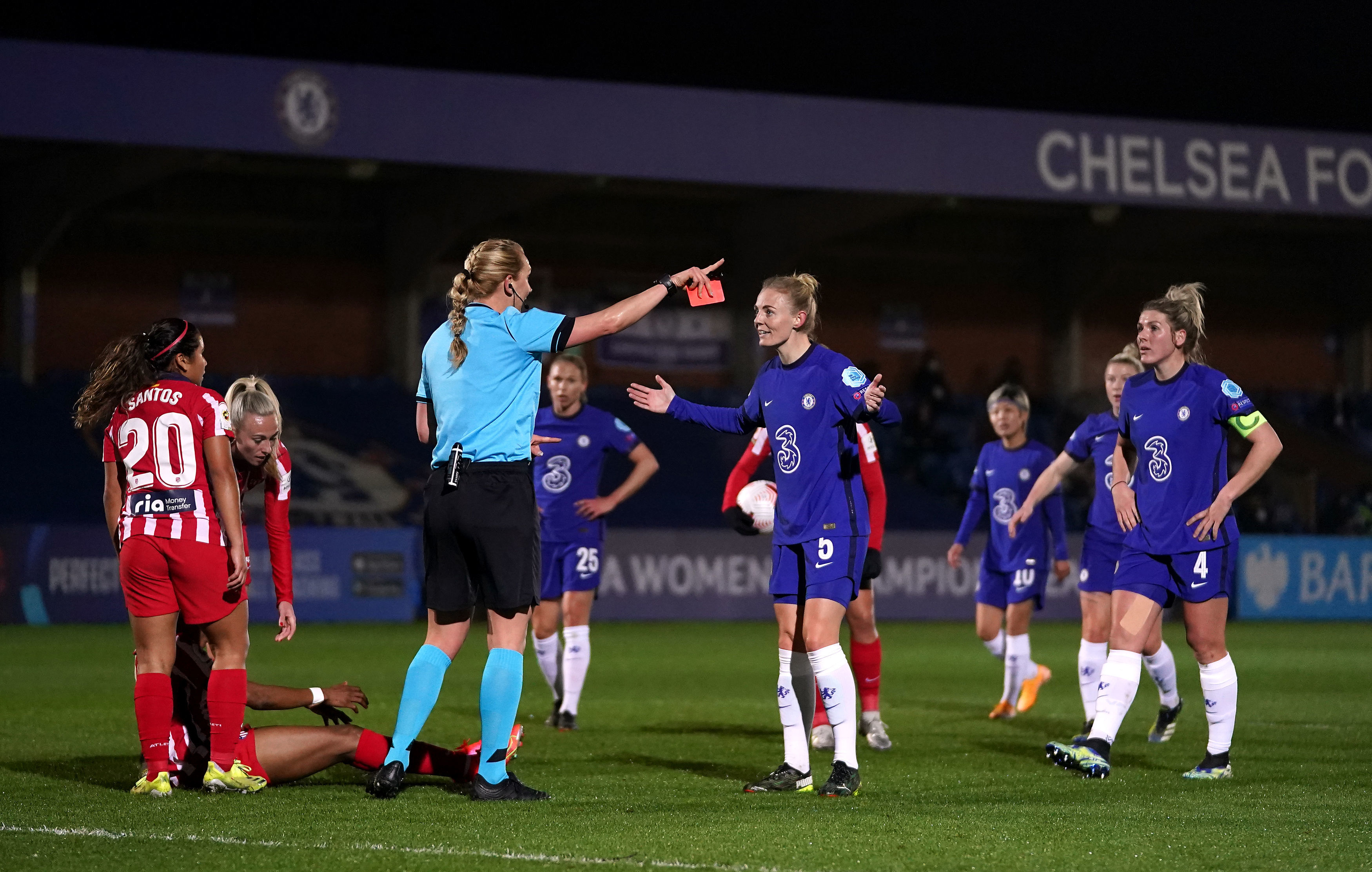 Chelsea were reduced to ten players after Sophie Ingle was sent off in the first-halfCredit: PA:Press Association

“I think there are three words – discipline, structure, game management.

“They are the three things that this team is built around, but I have a group of leaders that cope with difficult moments.

“You’re talking about our captain not being on the pitch today, throughout the spine of the team, in fact all over, it was a wonderful performance of doing the right things at the right time.”

In a cagey first ten minutes, the Blues had a few decent chances to open the scoring.

And then in the tenth minute with Pernille Harder forcing ex-Blues stopper Hedvig Lindahl to tip the ball over the bar. 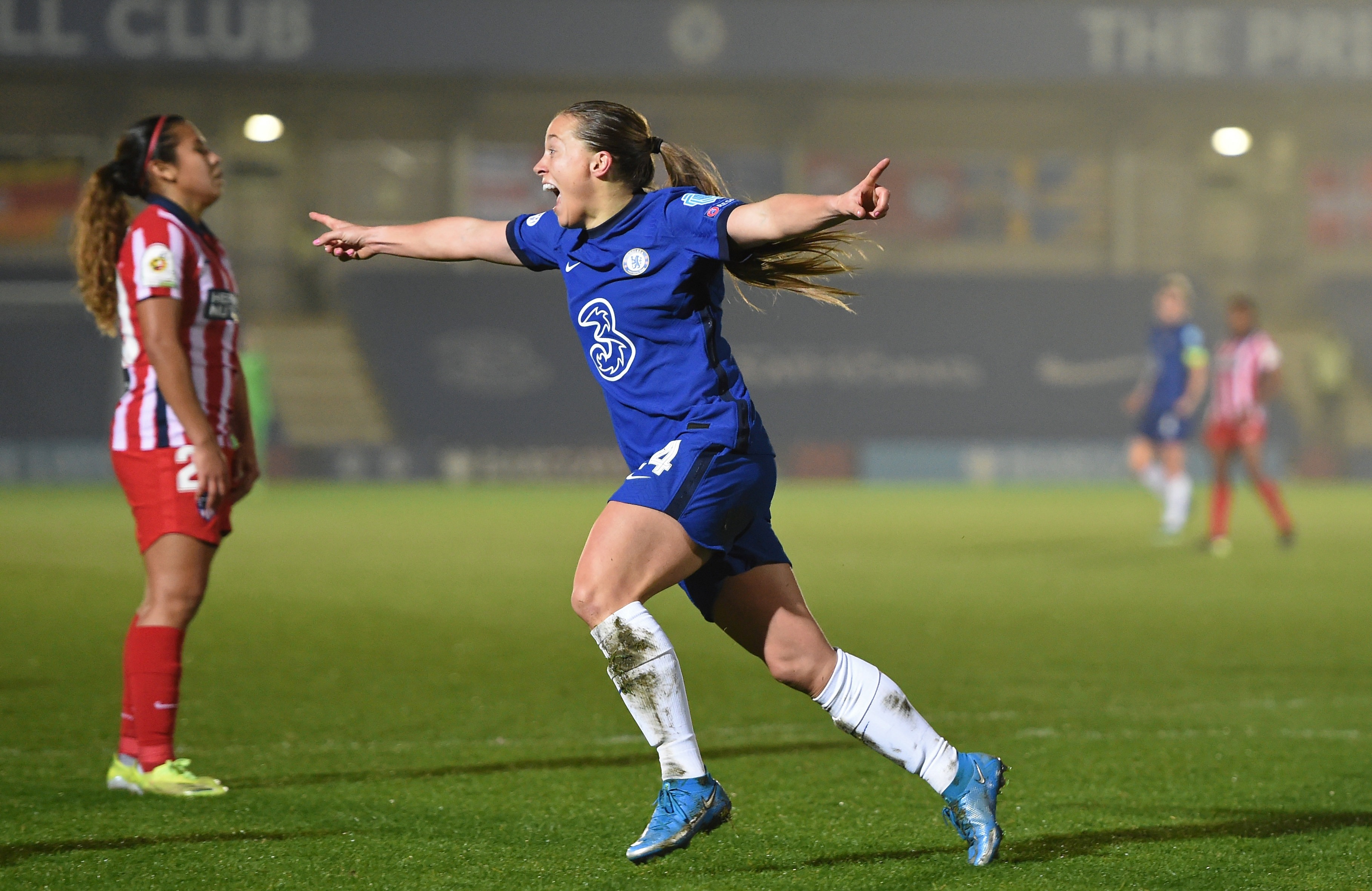 And it was Berger who came to Chelsea’s rescue, keeping out Deyna Castellanos’ 13th-minute penalty.

The red card forced the WSL champs to bring on Niamh Charles for Beth England and change to a 4-4-1 formation.

But their opponents – who knocked out Man City in round 16 of the contest last season – failed to make the most of their extra player advantage.

They would be punished for their lack of attacking ambition when they conceded a penalty in the 57th minute.

And it was Maren Mjelde who stepped up to convert, smashing the ball past an outstretched Lindahl.

The Blues went on to extend their lead seven minutes later, with Fran Kirby netting less than a minute after hitting the post.

Atletico would have another chance to score through a second penalty after Berger brought down Brazil ace Ludmila.

But the Germany stopper was the hero once again saving another spot-kick in the 79th minute.

It was enough to help Chelsea seal a 2-0 win ahead of a mouthwatering second leg in Monza in Italy.