INSTANT REPLAYS, rewinding live TV and slow motion have been revealed as the best technological innovations in sports broadcasting.

Research of 2,000 sport lovers also found 360-degree pitch-side cameras, spider and drone cameras and being able to stream sport to a phone or tablet are among the top developments of recent years.

Fans have not taken well to VAR, calling it one of the worst technological innovations in sportCredit: Andy Hooper-The Daily Mail

Goal-line technology, Hawk-Eye in tennis and photo-finish imagery in horse racing and running were said to be the best in-sport innovations.

Unsurprisingly VAR is deemed the worst tech innovation in sport by more fans (31 per cent) than any other development.

Despite that, nearly one in five fans said rugby is doing the best job of using technology to enhance the fans’ experience, suggesting there may yet be hope for VAR if officials learn how to use it properly.

Technology has had a major impact on sport, with 76 per cent agreeing it has had a positive effect on the fans experience.

The research was commissioned for Innovate 21, a new BT Sport competition to find the next big innovation in sports broadcasting.

Jamie Hindhaugh, chief operating officer, BT Sport, said, “There have been many impressive tech developments in the world of sport and broadcasting, particularly in recent years.

“This research has highlighted the importance of tech for sports viewers.

“Sport and sports broadcasting do not stand still though, and we are committed to remaining at the forefront of innovation.

8. Head and Neck Support (HANS) – used in motorsports, this keeps the head from whipping forwards and backward in a crash, while also preventing excessive twisting movements

9. Snickometer – used when televising cricket to graphically show whether a fine noise or snick occurs as ball passes bat

“This is why we’ve launched Innovate 21 to create the opportunity for someone to make a game changing mark on the world of sport.”

When it comes to nostalgia for sports technology, it was Teletext updates that topped the list, followed by waiting for Match of the Day highlights to catch up on all the goals.

Seeing the action more clearly as well as feeling closer to it and being provided with more insight and information were the most important roles of sports broadcasting, according to the study.

Nearly a third thought the most-important role of tech in sport was to make the game fairer, while one in six believed it to be improving performance of athletes.

Football topped the sports in terms of best utilising technology to enhance fan’s viewing experience followed by cricket and tennis according to the research via OnePoll. 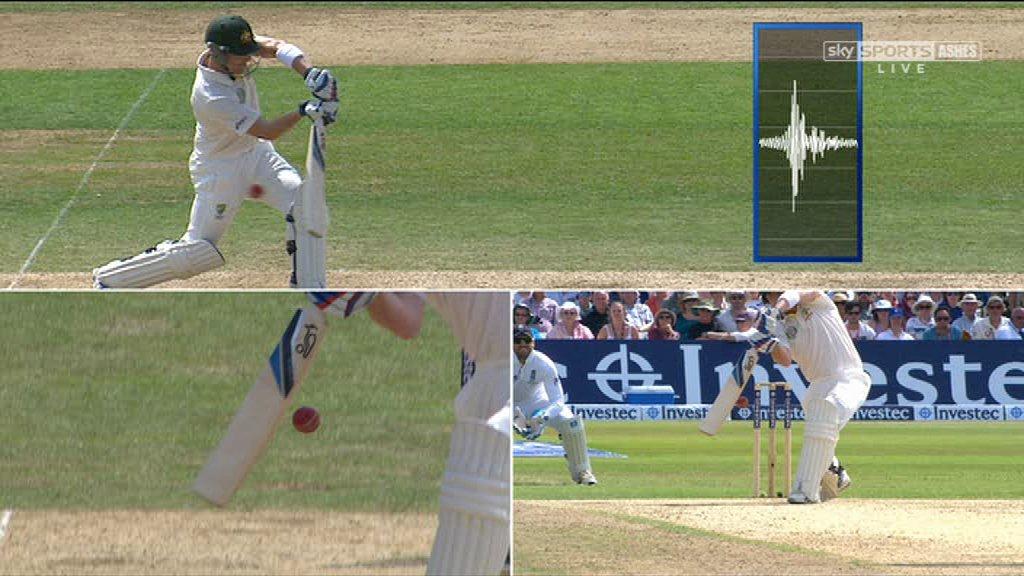 Snickometer divided sports fans with many seeing it as a great piece of tech while others found it less effectiveCredit: Sky Sports

And aside from television viewing, 53 per cent have watched sport on a PC or laptop while 41 per cent have soaked up the action via their smartphone.

Overall, 63 per cent believe technology has had a positive impact on playing sport and 74 per cent reckon it has made sport more accessible to a larger audience.

The competition will provide one lucky winner with the opportunity to work with BT to develop their idea for future use.

Since winning the 2018 BT Infinity Lab competition, Sceenic has worked with BT Sport to support last year’s launch of Watch Together on the BT Sport App.

*More details on how to enter are available at BT.