A BRAZEN TikToker filmed himself sneaking into Wembley to watch England’s Euro 2020 final with Italy.

Tiktok star J2hundred, 19, broke in through a ‘gap’ in an emergency exit door – making a mockery of shambolic stadium security. 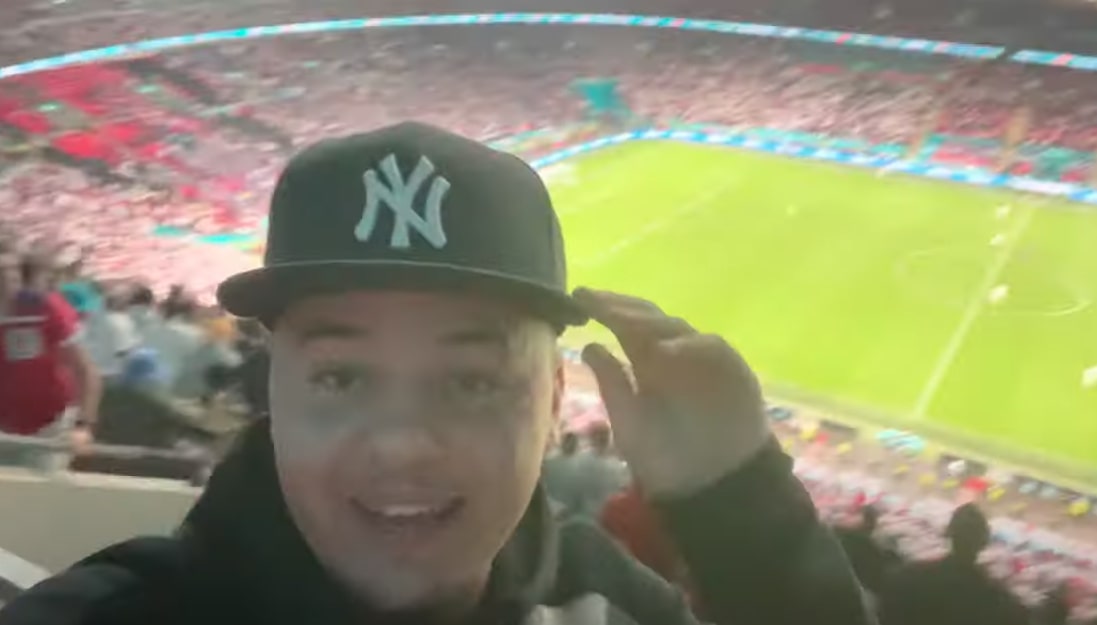 He and a pal sneaked into the stadium without once being challenged by securityCredit: YouTube

The teenager – who has 1.3 million followers – and a pal are not challenged once by police or guards as they breach two security fences and saunter around the stadium.

It comes amid shocking scenes at Sunday’s final as hundreds of ticketless fans stormed into Wembley.

One 17-year-old boy with a ticket was kicked out after a thug shoved in behind him.

Drunken hooligans broke through barriers and brawled as stewards battled to keep control, with fears that the chaos could scupper Britain’s bid to host the 2030 World Cup.

J2hundred told his followers he’d planned to film himself in London watching the game, but said: “Little did I know that I was going to sneak into Wembley Stadium”.

The friends are filmed on Wembley Way as crowds massed before the crunch game.

Supporters are seen arguing with riot cops as they try to gain entry to England’s biggest match in 55 years.

J2hundred approaches a steward and asks: “How much to let me in.”

But he refuses and replies: “I like my job”.

Smirking to the camera J2hundred later says: “We are going to try to break in.”

The friends are seen pushing apart some fencing and clambering through to the outer part of the stadium.

They amble up stairs towards the entrance to the stands before casually circling to find a way in.

Two other teenagers are then filmed pulling open what appears to be an emergency exit door.

It was a sign from God, we were meant to be in that stadium, there was just a gap in the door

J2hundred says: “It was a sign from God, we were meant to be in that stadium, there was just a gap in the door”.

Other fans join them to prise open the gap – with no security or police on hand to stop them.

The group clamber inside before J2hundred gleefully says: “I’m in.”

He and his pal stroll up the steps into the top tier of Wembley’s stands without anyone checking for their tickets.

The TikTok personality films himself watching the entire match – but isn’t approached once by security or stewards.

Sitting on stairs between rows of seats as extra time is played, he says: “We’re in, we’re in. I don’t know how we got in.

“We’ve done a madness, we have done an absolute madness”.

The friends are seen celebrating with fans when Jordan Pickford saves Jorginho’s penalty.

But after England lose the shootout, J2hundred is heard saying: “Look at the disappointment in our faces.

“We did all of that just to watch England lose.”

Shocking scenes of hooligans causing mayhem at Wembley have been widely condemned.

Harry Maguire’s dad was left with suspected broken ribs by ticketless yobs who broke into the stadium.

UEFA have charged the FA over four separate incidents which took place during Sunday’s final.

Disciplinary proceedings have been opened over a pitch invasion, throwing of objects by fans, booing the Italian national anthem and the stadium break-in.

The Met faced a barrage of criticism over policing failures at Wembley.

Nineteen Met Police officers were injured during violent clashes in London, with 86 arrests, 53 of them at Wembley.

An FA spokesman said “We strongly condemn the behaviour of a group of people that forced their way into Wembley Stadium before the EURO 2020 Final. This is entirely unacceptable.

“These people are an embarrassment to the England team and to all of the true fans who wanted to enjoy one of the most important matches in our history.

“We will work with the relevant authorities to take action against anyone who is identified to have illegally forced their way into the stadium.” 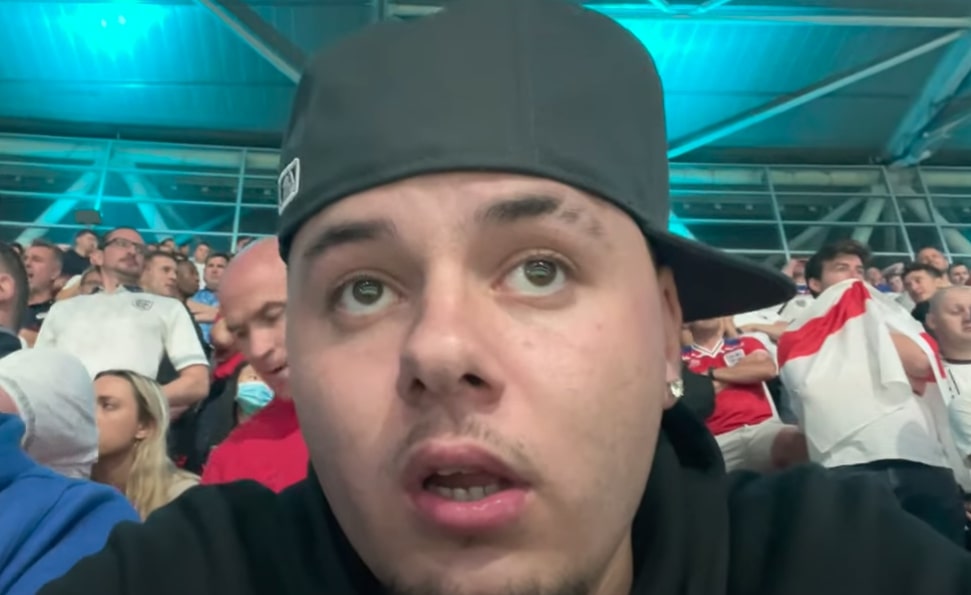 The 19-year-old TikToker and pal sit and watch the entire match without once being approached by security or stewardsCredit: YouTube