REAL MADRID secured their 14th European crown with a 1-0 win over treble-chasing Liverpool in Paris.

Vinicius Jr scored the winning goal, sweeping the ball home at the back post.

The Brazilian had right-back Trent Alexander-Arnold‘s number all night.

His direct running stretched the Reds.

But there were other key battles elsewhere on the pitch, between some of the world’s best defenders, attackers and midfielders.

SunSport’s Rob Maul breaks down the key battles in Paris.

Trent Alexander-Arnold was given a torrid evening the last time he met Brazilian Vinicius Junior, who scored twice as Real Madrid knocked out Liverpool in last season’s quarter-finals.

On this occasion, one lapse in concentration was all it took for the lightning quick Madrid left-winger to win the vital personnel duel again.

Right-back Alexander-Arnold was not even looking over his shoulder when the ball was whipped across the goal by Federico Valverde and poacher Vinicius was at the back post to stab in the winner.

Vinicius scored the winner after peeling off his marker Alexander-ArnoldCredit: GETTY 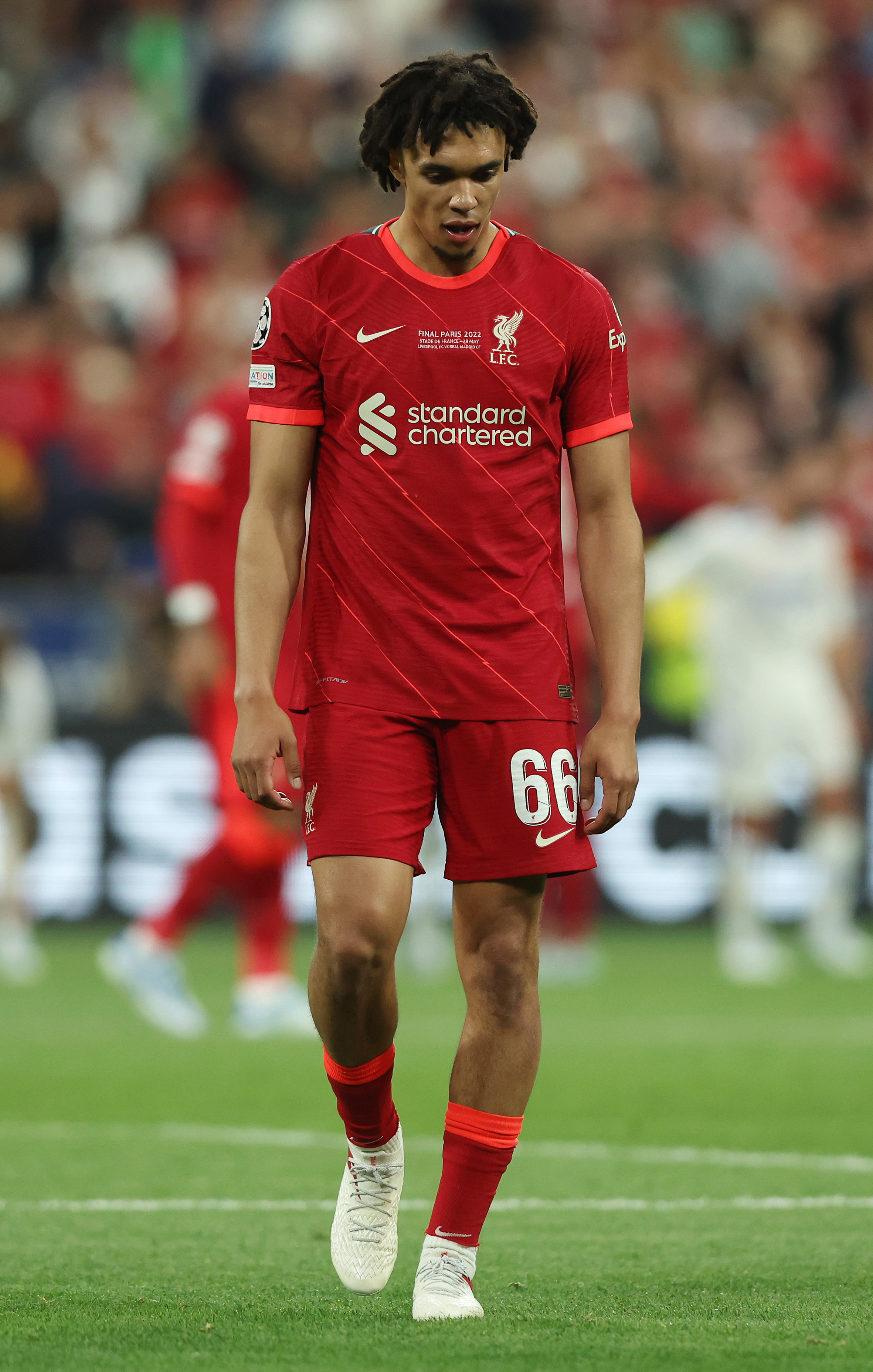 Alexander-Arnold struggled to keep up with ViniciusCredit: GETTY

Benzema, 34, has been the talisman for Madrid’s epic comebacks this campaign but he was unable to add to his 15-goal tally.

However, there was one moment shortly before half-time when Madrid’s top scorer cleverly evaded the otherwise rigid Liverpool backline and thought he had broken the deadlock.

But after an uncharacteristic Liverpool defensive blunder, the Los Blancos front man had his goal ruled offside – even following a lengthy VAR check. 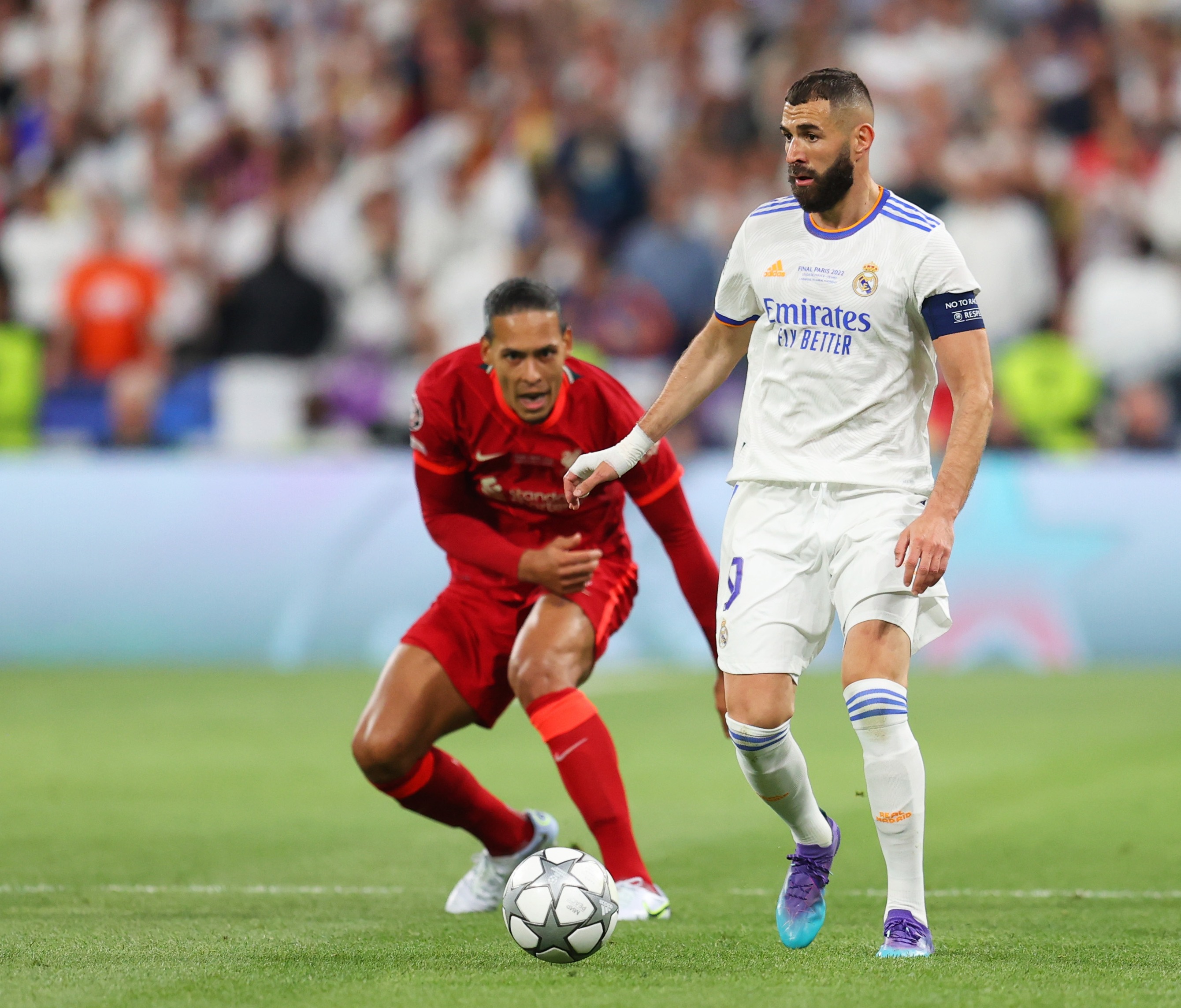 Benzema went up against each of Liverpool’s four defendersCredit: GETTY

It would be hard to find two better passers of the ball in European football than this pair but they almost seemed to cancel each other out in the key midfield battle.

Thiago Alcantara, 31, had been a pre-match doubt with a sore Achilles and though he did not lack the fitness, he was missing that same zip.

Luka Modric was not at his scintillating best here – England fans saw that at the 2018 World Cup – but the 36-year-old was still able to perform as Madrid’s fulcrum. 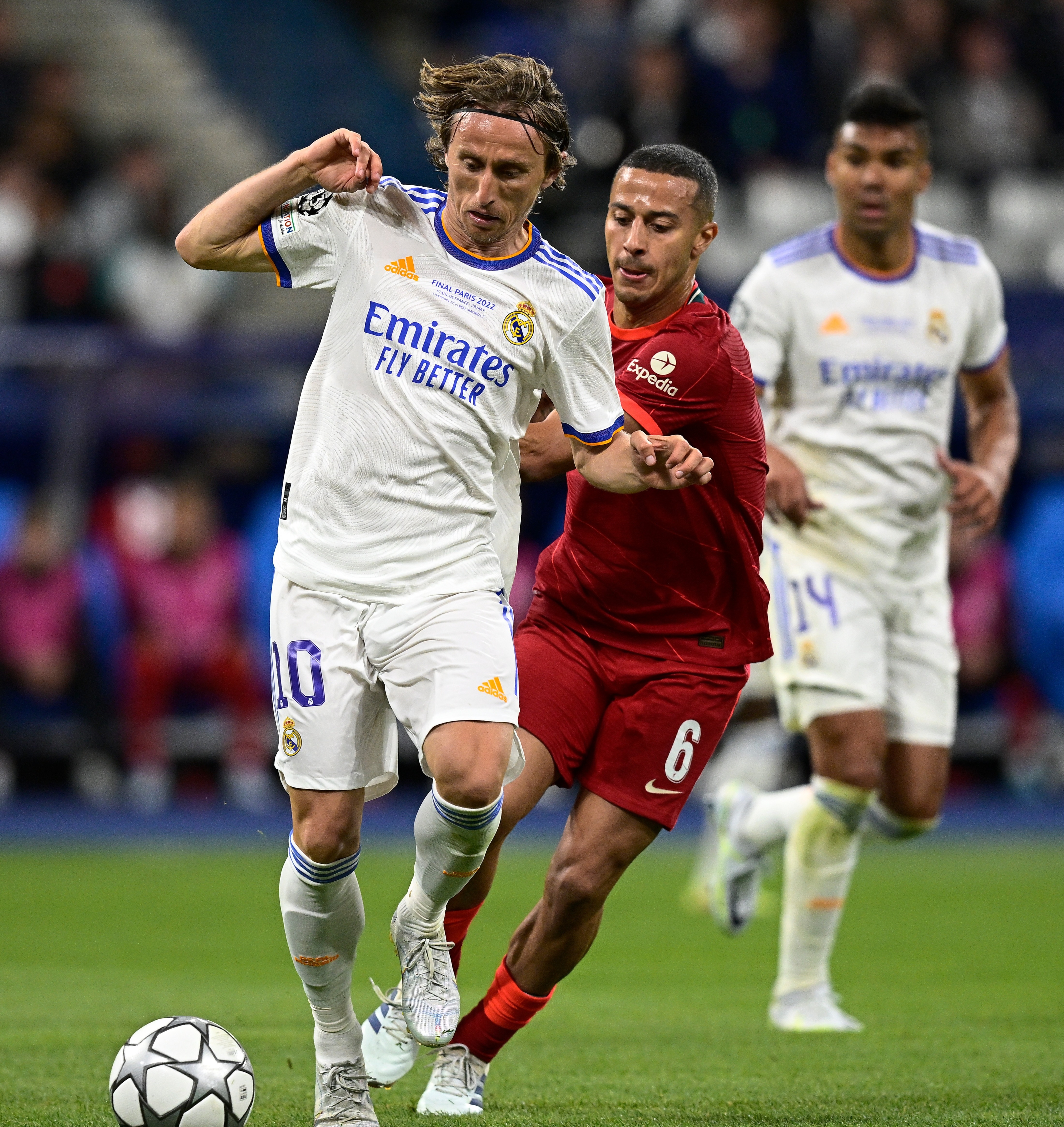 Modric came out on top in the midfieldCredit: GETTY