IT’S difficult to imagine ­Gareth Southgate being asked to sum himself up in one word and replying: “Genius.”

That was the description his Italian managerial rival Roberto Mancini chose to describe his own character in a TV interview.

Roberto Mancini’s suave style has not gone unnoticed during the EurosCredit: Getty

Even if said in jest, it suggests a man of supreme confidence, perhaps even bordering on arrogance.

The two men in rival dugouts are as ­different as spaghetti carbonara and roast beef.

When the game kicks off, he takes off his jacket and rolls up his sleeves to allow for expansive ­Italian hand gestures. It also allows the former ­Manchester City boss to show off his 18-carat white gold Richard Mille watch.

After a game, Mancini strolls up to the interview podium with his jacket over his shoulder looking effortlessly cool rather than pretentious.

It’s business-like, unflashy and ­suggests someone who likes to get the job done. 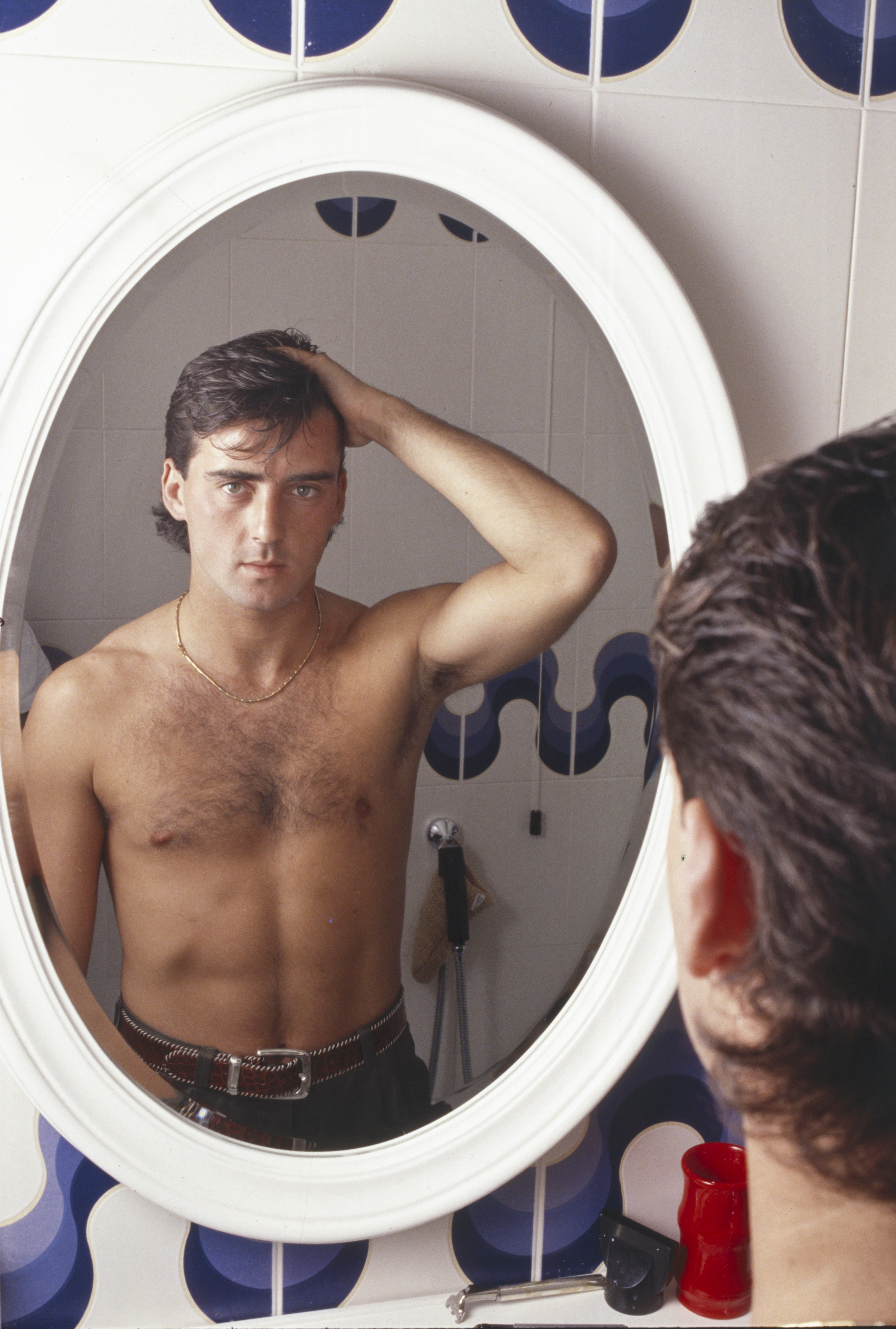 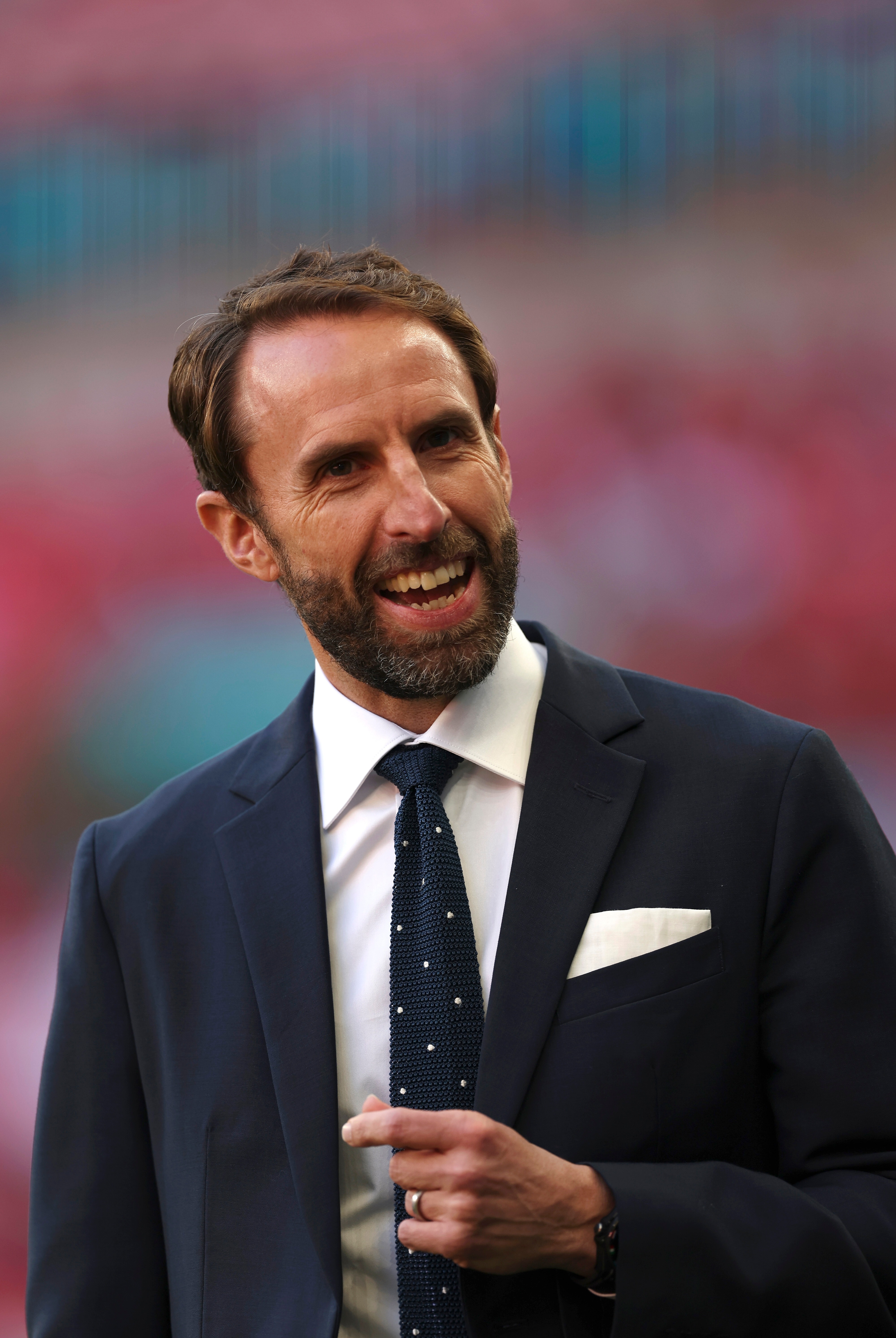 Gareth Southgate ditched the waistcoat for a polkadot tie this time aroundCredit: Getty

He also wears a lucky navy ­polkadot tie along with a white pocket square. The jacket stays on as Southgate encourages his team from the technical area.

The 50-year-old tends to wear the jacket throughout each game as he encourages his players with a gentle clap of his hands.

Then there’s their personal lives.

Southgate’s marriage to Alison — four years his senior — has survived the rigours of life in the spotlight of top-flight football.

The father-of-two has credited his ­family with helping keep him grounded.

He wrote in his 2003 autobiography: “On Saturday evening, our children are not too bothered whether Dad’s team have won or lost.

“Neither does Alison fret too much about football, and this is how I like it.

“Regardless of the result, it is up to me to ensure that no one’s evening is ruined because of things that ­happened on a ­football field. The agonising waits until Alison and the kids are asleep.”

After his famous penalty miss at Euro 96, one of Southgate’s closest friends, goalkeeping coach Andy Woodman said: “Alison was terrific.”

He recalled Alison comforting Southgate with the words: “F***ing football. It gets on my nerves.” 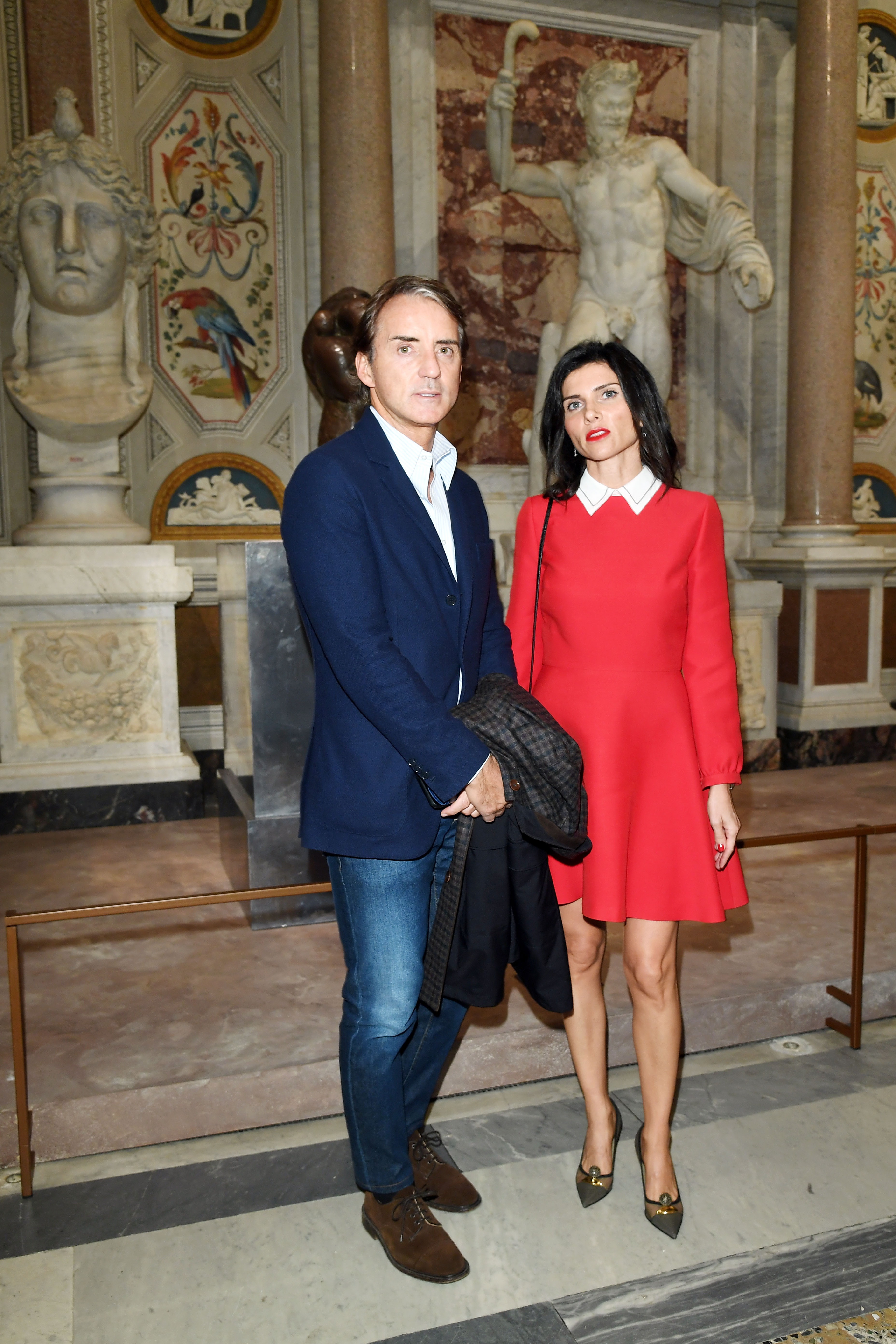 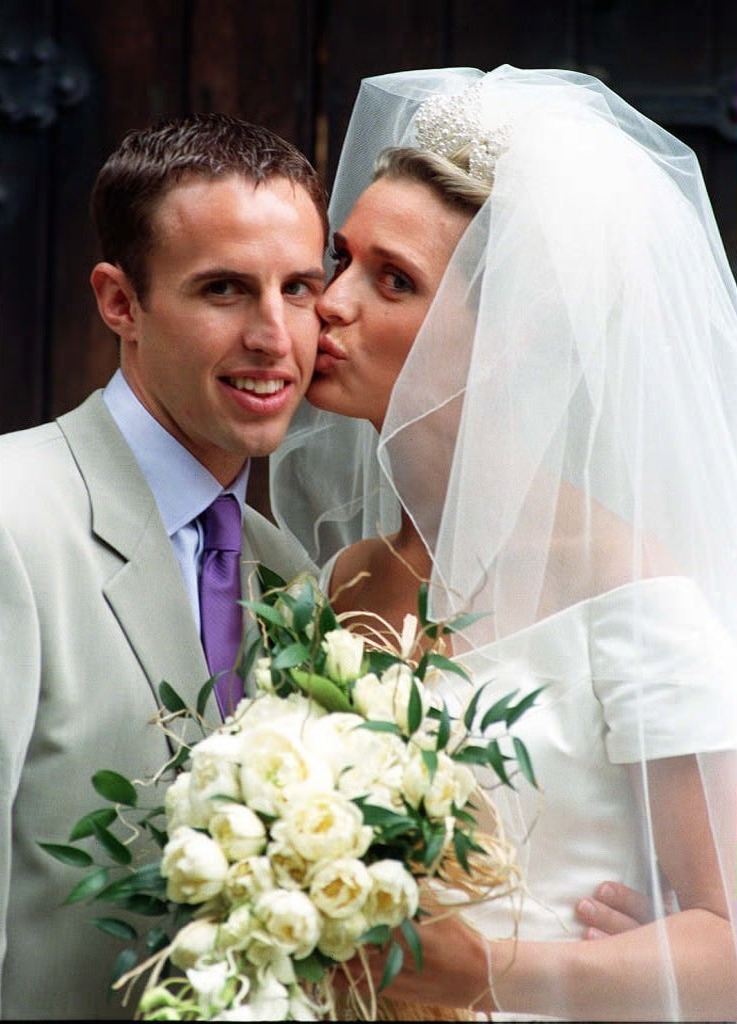 Gareth Southgate with his doting wife Alison on their wedding dayCredit: PA:Press Association

Mancini split from wife Federica in 2016 after almost 30 years together. He married Silvia Fortini in 2018. Before he settled down with his former wife, he played the field.

“I do not understand players drinking until they are drunk,” he once said when discussing English football’s drinking ­culture. We don’t have that culture in Italy. We would prefer to go off with a woman. That’s what I liked to do after a match, and I tell my players now it is better that they go with a woman than drink.”

The management rivals do have something in common, though.

They have both dragged international ­footballing fallen giants back to the pinnacle of the game.

Southgate took over an England side in ­complete disarray after the all-time low of losing to Iceland at Euro 2016 and Sam Allardyce’s ­resignation after a newspaper sting.

The Three Lions seemed more distant than ever from their fanbase and relations with the media were toxic. Southgate responded by taking an ­unfancied squad all the way to the 2018 World Cup semi-final.

It was the first time England had got that far in a tournament in 22 years. Relying heavily on youth, he was able to break the hex of England teams seemingly weighed down by history, rebuilding bridges with fans and the Press in the ­process.

Mancini took over as the Azzuris coach in May 2018 after the four-time winners of the World Cup had failed to qualify for that year’s championship in Russia. 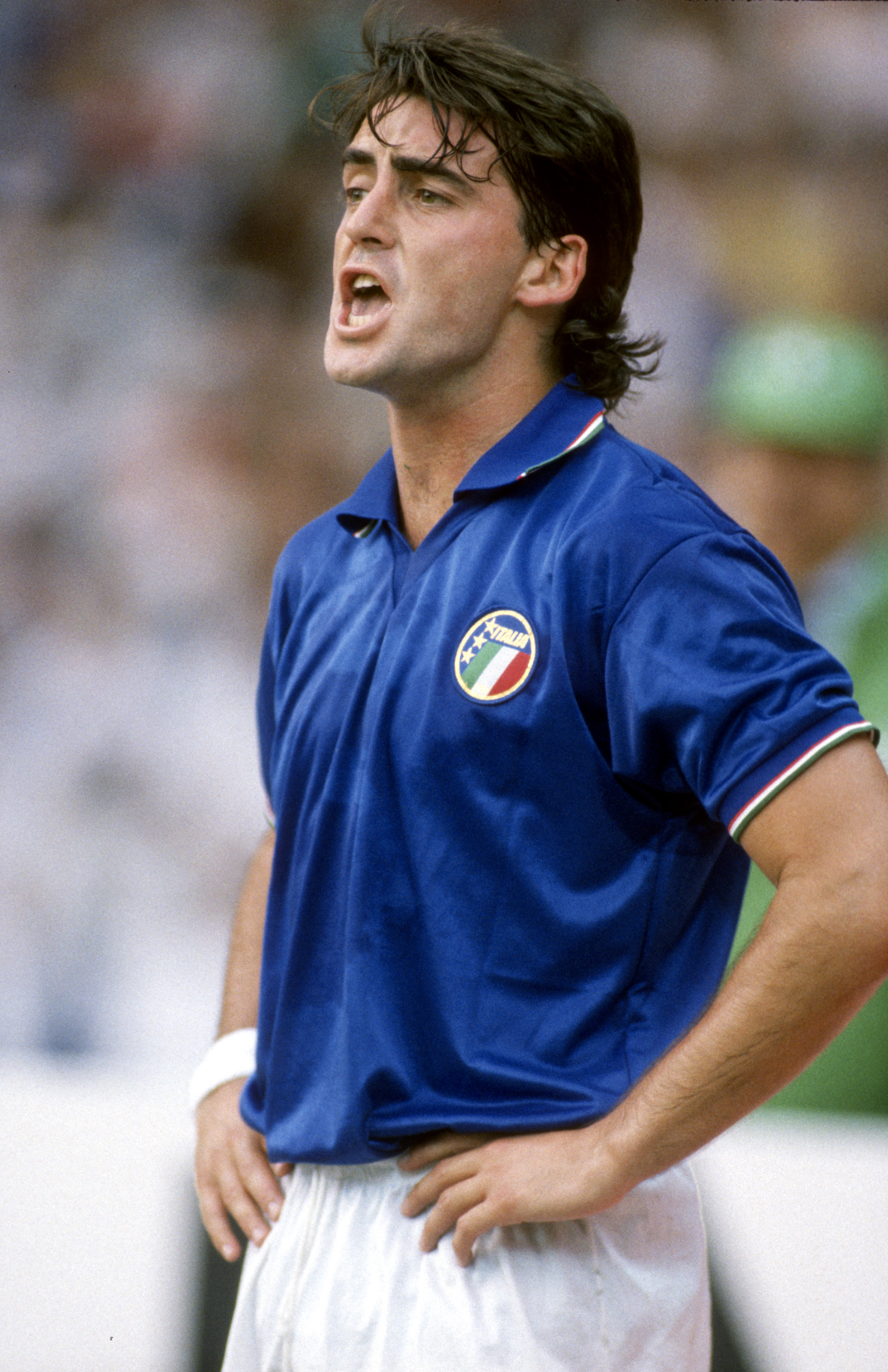 Now, Italy are on a 33-match unbeaten run — a national record — which has swept all the way to ­Sunday’s final at Wembley.

Italy winger Federico Bernardeschi says “madman” Mancini was the only person who believed they could make the Euro 2020 final when he took charge in 2018.

Mancini is credited with transforming Italy from being ultra-defensive to playing a more attacking and entertaining game.

Southgate says: “They have been a top team for the last couple of years. We have ­followed their progress. We know how they play, with great energy and style. They are always difficult to score against.”

There is sure to be mutual respect between two men who both had top playing careers.

Watford-born Southgate — the son of a plant manager with computer giant IBM — initially played in midfield and then as a solid and unflashy centre- back for Crystal Palace, Aston Villa and ­Middlesbrough.

His 57 England caps are overshadowed by that penalty miss at Euro 96 which saw England knocked out by Germany in the semi- final. 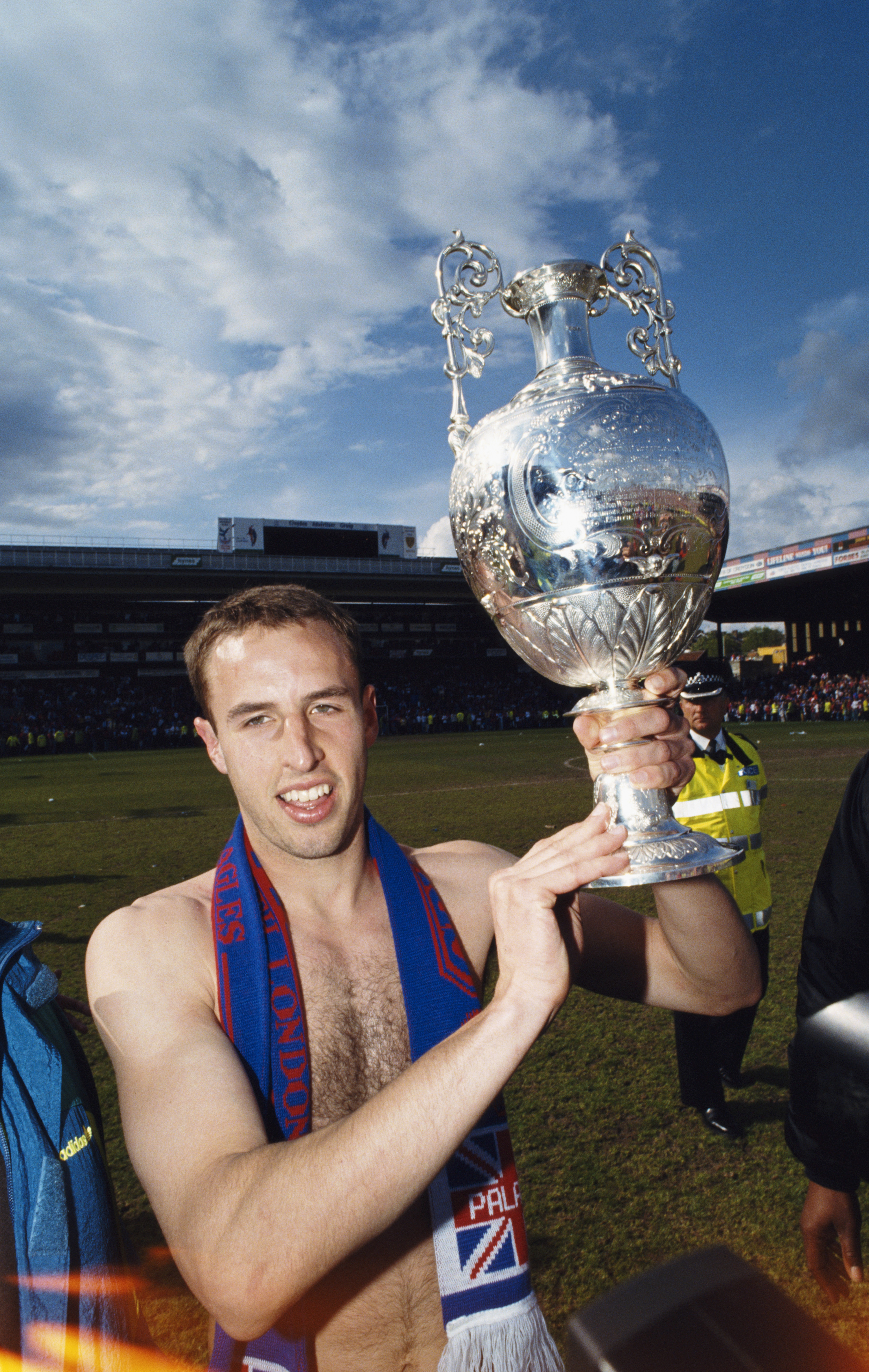 He took over as England manager after stints at ­Middlesbrough — from which he was sacked after relegation from the top flight — and with the Three Lions Under-21s.

Former altar boy Mancini, 56, was a ­dashing forward for Bologna, Sampdoria and Lazio — then four games for Leicester City to finish his career. He won 36 caps for Italy.

The furniture maker’s son was born and bred in Jesi, a small town 20 miles inland on the Adriatic coast.

Talented but volatile, in his first season at Sampdoria the then 18-year-old Mancini was involved in a training ground brawl with their new star ­signing, England star Trevor Francis.

Another former team-mate. Juan ­Sebastian Veron, revealed that he once swore in ­Mancini’s direction during an argument about a badly taken corner.

After the match, Mancini was waiting to fight him, stripping off to the waist.

“He is not an easy person, you know,” Veron says. “He has this complicated ­personality.”

“I’d wonder what I’d done to upset him,” Platt said. “He was just in another place. And ­brutal at half-time if things weren’t going right — the most vocal member of the dressing room.”

Mancini’s will to win saw him become a highly successful ­manager, ­winning three Serie A titles with Inter Milan before taking over at ­Man City in 2009. In 2012, Mancini guided City to their first league title in 44 years.

He was sacked the ­following year after losing the FA Cup final to Wigan.

It is to Wembley he will return tomorrow for what will be the biggest night in both his and Southgate’s careers.

The men — who somehow embody the national characteristics of their nations — stand on the threshold of greatness.

Two very different managers competing for a prize that only one can win.