The United talisman was left out of the starting XI by caretaker boss Michael Carrick for the 1-1 draw with Chelsea. 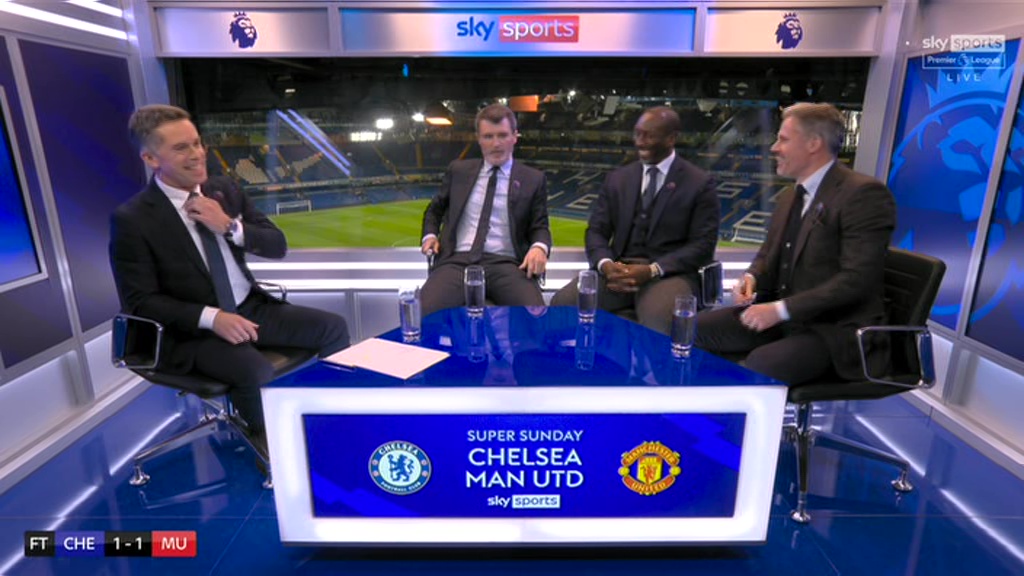 The pundits were arguing over Cristiano Ronaldo’s return to UnitedCredit: Sky Sports

The game was Carrick’s first – and potentially only – Premier League game in charge and he made his mark by naming the superstar among the subs.

United legend Keane was left open-mouthed by the decision and raged at Carragher after he suggested the Portuguese was best left out due to his lack of effort in defence.

“Ronaldo’s not going to fix Man United’s problems, but you don’t bring Ronaldo back to Man United to sit on the bench.”

Carragher responded: “Manchester United signed him because they were terrified he would go to Man City. There was no plan to sign Ronaldo. They signed him at the last minute.”

Keane shot back: “He was always going to play Jamie. They’re going to sign him so as not to go to City, but to come and sit with us on the bench? 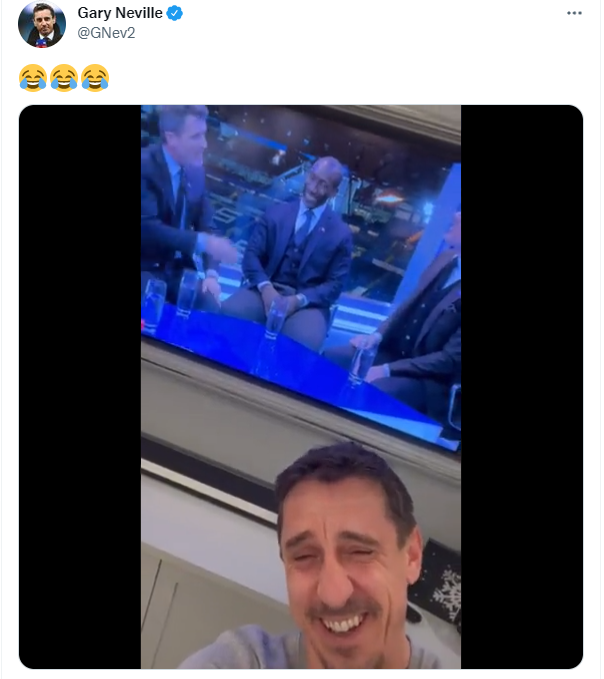 “His stats since he’s come back to Man United are good!”

Carragher then responded with a comment that really riled Keane. He said of Ronaldo’s record: “Goalscoring wise, yeah!”

That was the moment Keane decided he’d had enough as he exploded at his fellow pundit.

He raged: “What’s the game about?! You’re talking about [Mo] Salah… the game’s about goals Jamie!”

Chelsea legend Jimmy Floyd Hasselbaink was also part of Sky’s team for the blockbuster encounter and simply smiled as his colleagues went toe-to-toe.

But Gary Neville – Keane’s former team-mate and Monday Night Football co-star with Carragher – was even more amused by the must-watch telly.

The ex-United defender tweeted a video of himself crying with laughter as the debate raged on a big screen behind him.