ENGLAND put the nation in dreamland with a stunning 2-0 Euro 2020 triumph against old rivals Germany.

Goals from Raheem Sterling and Harry Kane saw the Three Lions progress into the quarter-finals, with the Germans sent home.

It was the first time since the triumphant 1966 World Cup final that England had beaten Germany in a major tournament.

And while Gareth Southgate‘s side fully deserved their victory, there were some hairy moments in the Wembley clash.

Here, SunSport runs through seven crucial moments that saw England progress through to face Ukraine in the last eight.

Southgate changed things up for this game, going with a 3-5-2 with wing-backs to counter Germany’s marauding flankers.

Kyle Walker was played as one of three alongside Harry Maguire and John Stones, with Luke Shaw and Kieran Trippier on the sides.

And it worked a treat.

Germany dominated the early stages, but as the game went on you could sense they were frustrated by England… frustrating.

Shaw and Tripper worked their socks off, and provided key passes onto Sterling and Bukayo Saka ahead of them.

Arsenal wonderkid Saka did have a quiet game, but that was overshadowed by a pitch-perfect team strategy. 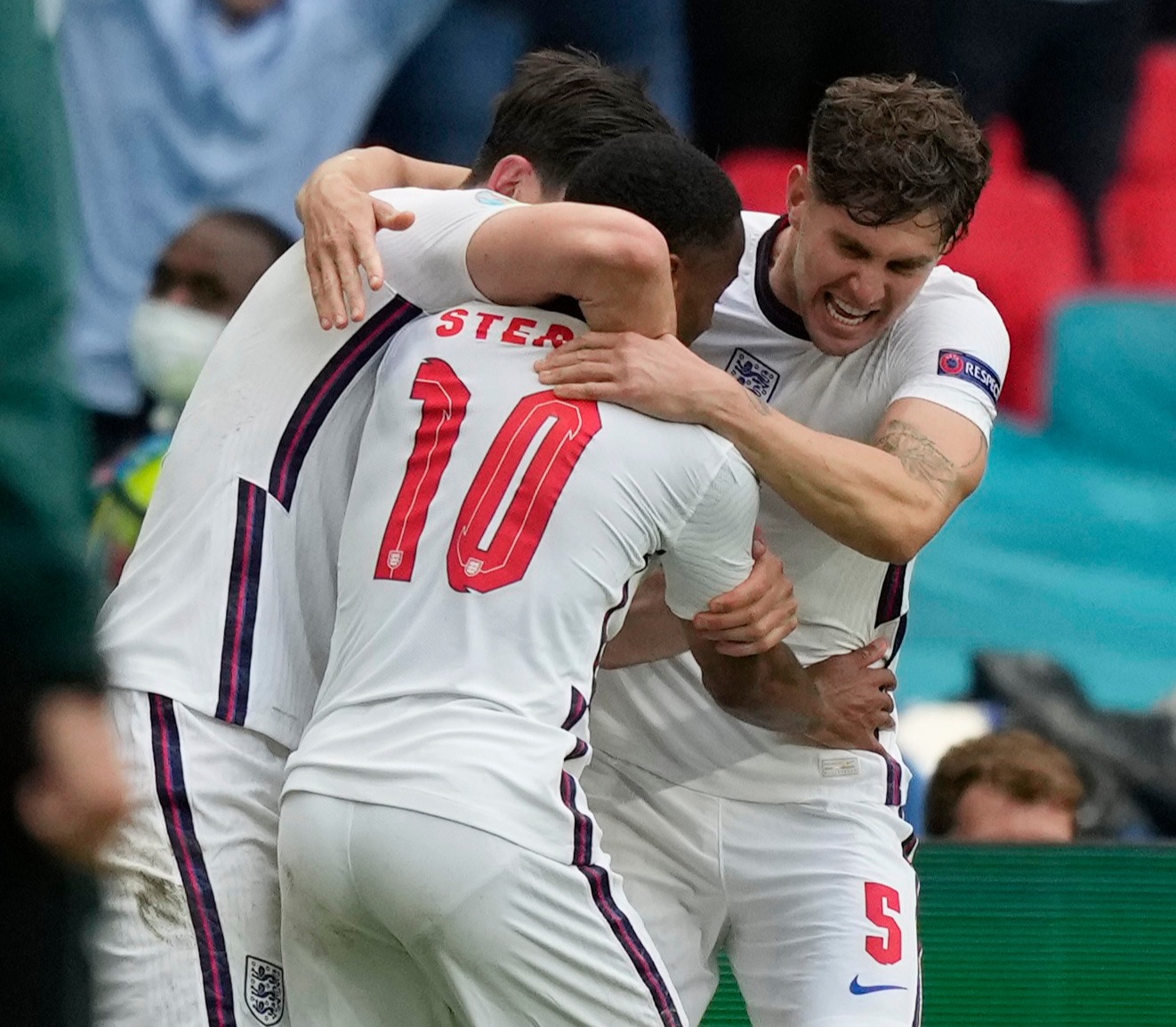 Many questioned Southgate’s team selection – but they had no need toCredit: Reuters

PICKFORD SAVE VS WERNER

England finally look they have that world class keeper between the sticks.

Jordan Pickford is yet to concede a goal at Euro 2020 and made several crucial saves against Germany.

But the one that really counted most was when the teams were tied at 0-0 in the first half.

Kai Havertz played a delicious through-ball to his Chelsea team-mate Timo Werner, but his smashed effort on goal was brilliantly deflected away by Pickford.

The Everton stopper went on to brilliantly deny Havertz with a fine tip over the bar too. 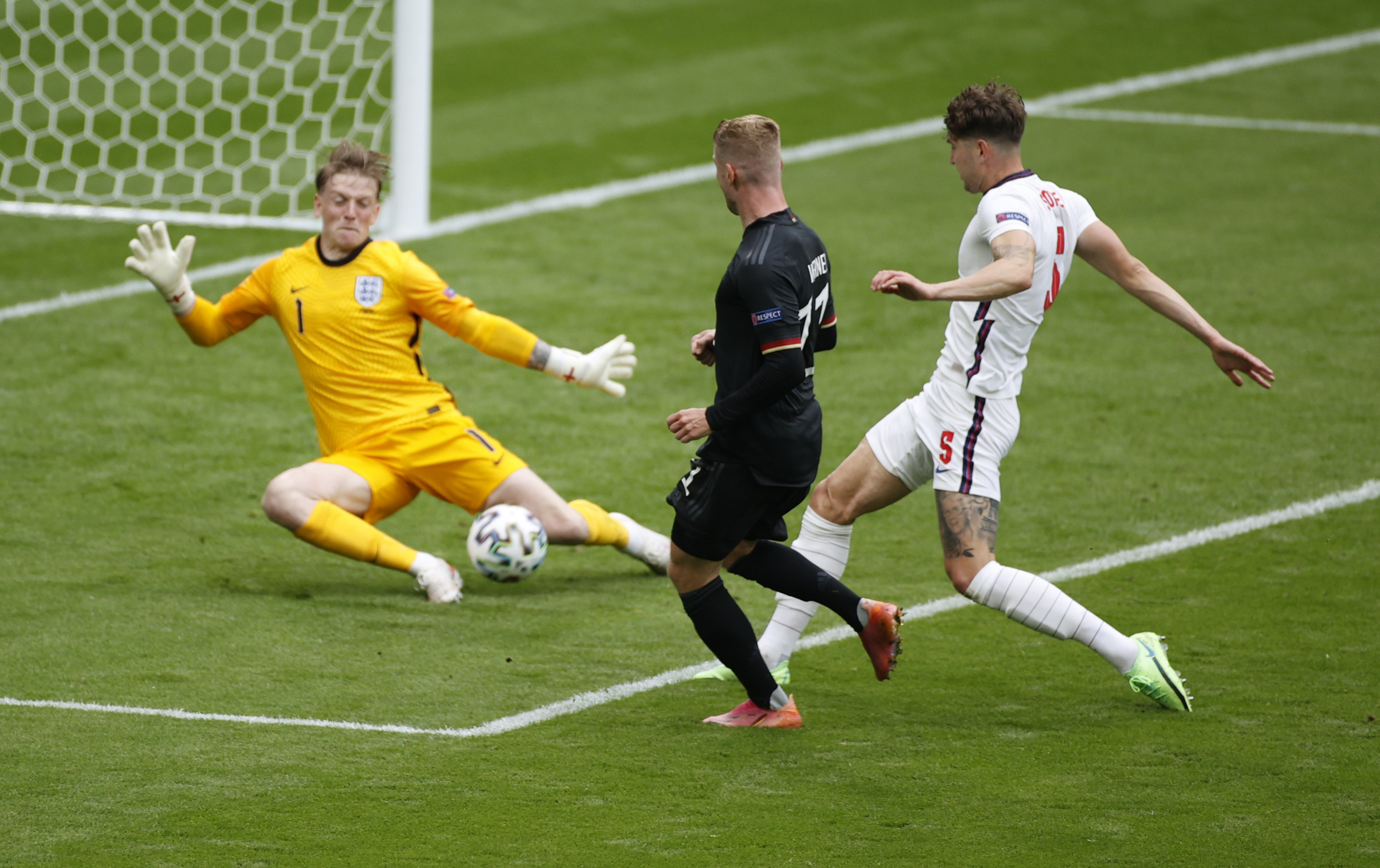 Jordan Pickford made this stunning save to deny Timo WernerCredit: Reuters

Makkelie actually had the red in his hands – but he was just shuffling the pack to find the yellow.

Leon Goretzka was the man hauled down, but thankfully the referee adjudged Walker to be the covering defender and so not denying a goalscoring opportunity.

Rice’s central midfield partner Kalvin Phillips was also booked in the game in that first half – but both young players showed terrific nous to see out the game. 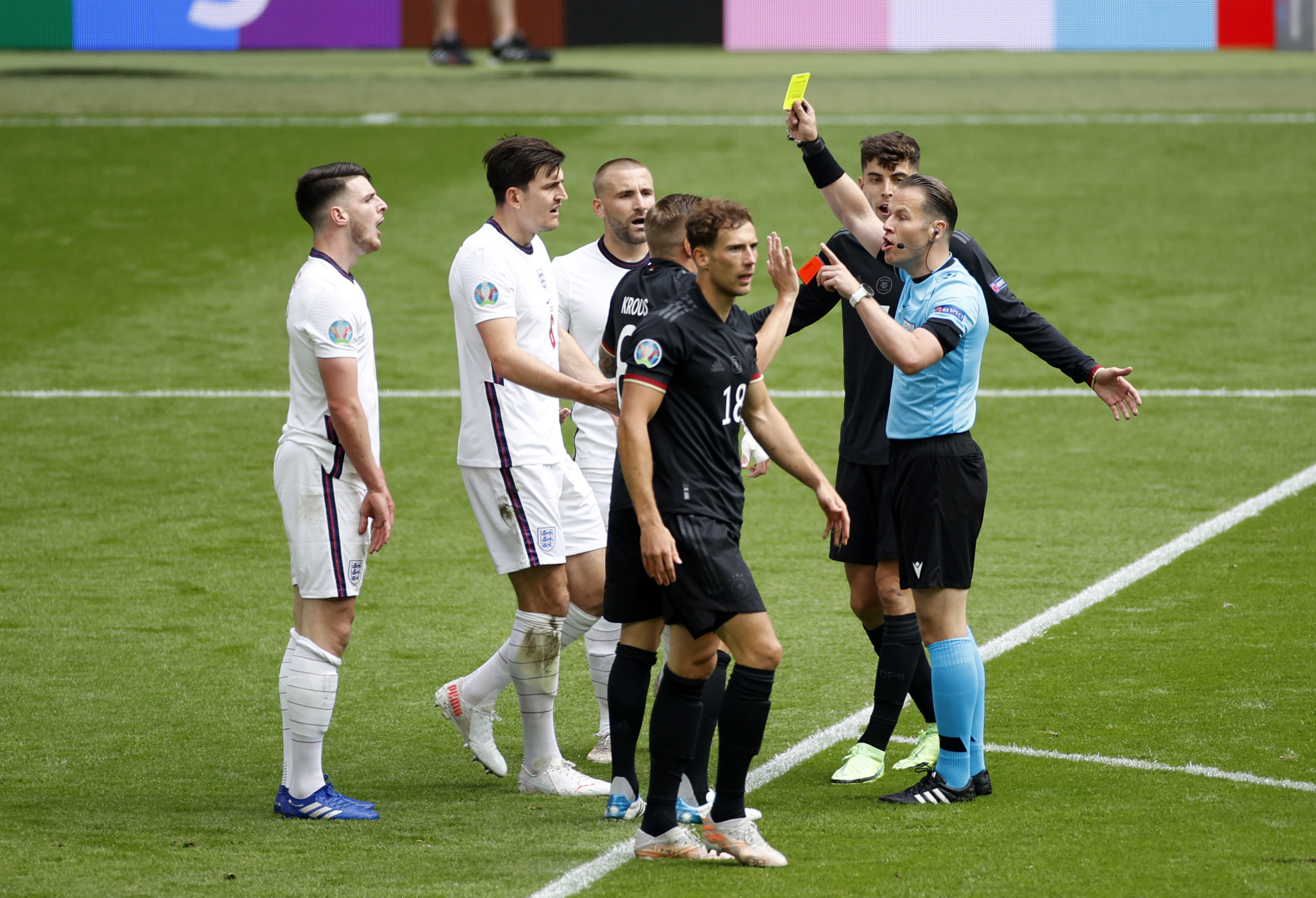 Declan Rice was thankfully only shown a yellow card and not the red the referee had in his handCredit: AP

Just when it seemed England were settling for dreaded penalties, Jack Grealish decided to sort that out.

The fans were baying to see the Aston Villa man get on the pitch – and when Southgate finally relented on the 69th minute, the game was changed.

Grealish was involved in Sterling’s opener, and then assisted captain Kane to finally get off the mark.

The question now is whether Grealish is the impact player England have yearned for, or a certain starter.

Over to you, Gareth.

England’s player of the tournament scored his third goal in four games to send Wembley into ecstasy.

Suddenly fans watching inside Wembley and on TV screens around the country realised Southgate and co were NOT settling for penalties.

Manchester City have recently been rumoured to be prepared to offer Sterling as a makeweight in a deal to sign Tottenham striker Harry Kane.

This tournament has shown that would be a silly move. 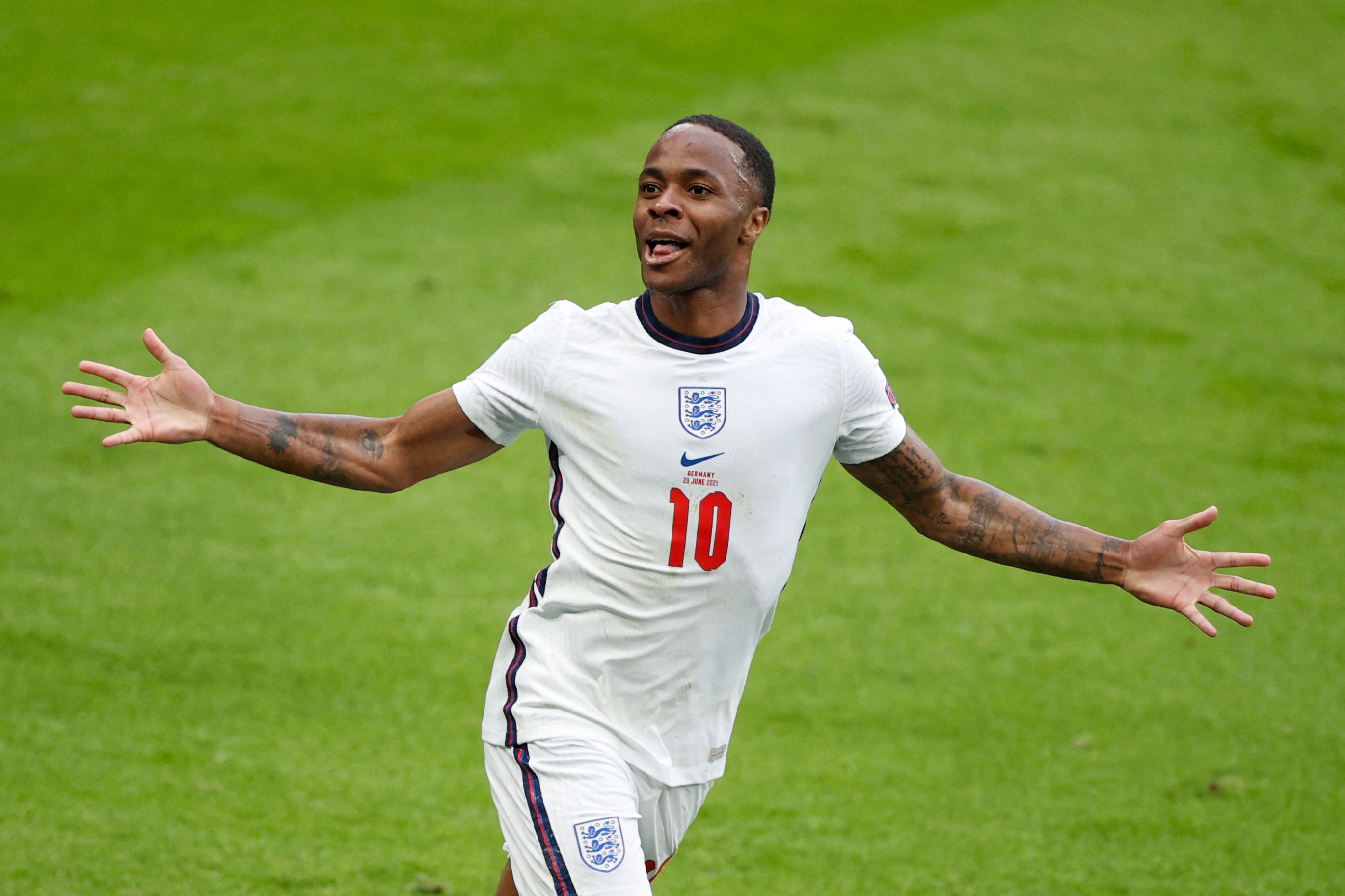 One of Germany’s leaders and a constant thorn in England’s side Thomas Muller fluffed a glorious chance to level the game.

Sterling had fired England ahead on 75 minutes but Muller had an instant chance to level things up.

It was England’s goalscorer who gave away possession that saw the ball played through to the 31-year-old Bayern Munich star.

But one-on-one with Pickford, he flashed an effort the wrong side of the post and Wembley breathed a huge sigh of relief. 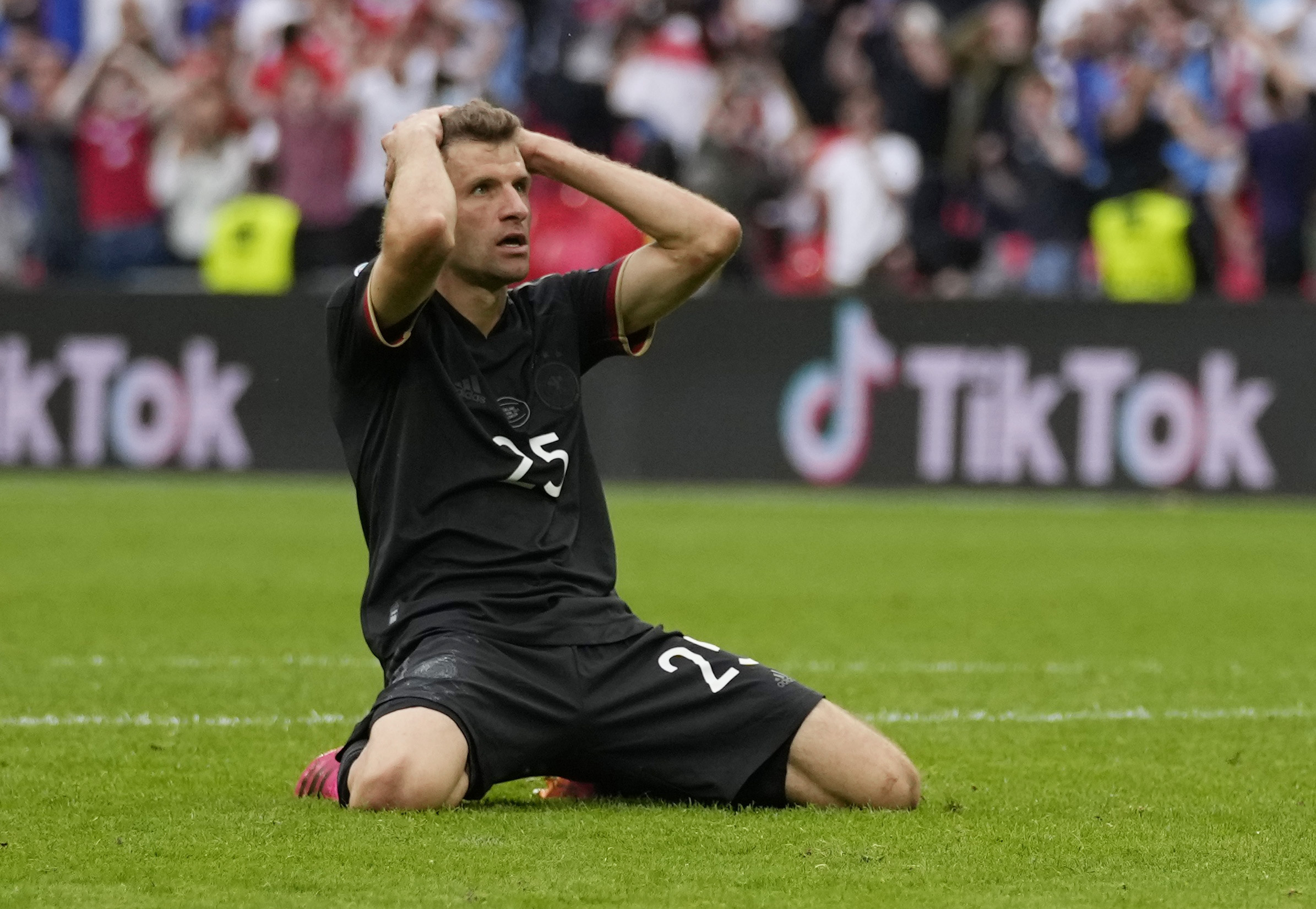 The legendary German forward could not believe he had missedCredit: Reuters

The Tottenham man had been having a torrid tournament, and didn’t start the Germany game too well either.

But like the rest of the team, he was instantly buoyed by Sterling poking England noses ahead.

Suddenly his runs were cleverer, and Germany’s centre-halves were losing him.

There was no finer sight that seeing the England captain stooping to head Grealish’s inch-perfect cross past Manuel Neuer into the goal for that crucial second.

Harry Kane is finally off the mark for England this tournamentCredit: AFP

FANS BACK IN WEMBLEY

What a treat to have fans back inside the national stadium.

England had that advantage before a ball had even being kicked – but you’d have been forgiven for forgetting that Wembley was only half-full.

The fans inside made the most of it – constantly urging the team forward but also accepting when the lads were out of possession.

It just felt different. Let’s hope England are are back at the famous old stadium come July 11.

England fans will not forget their day at Wembley for a whileCredit: Reuters