JUVENTUS scored three goals in SEVEN MINUTES to come from 3-1 down to beat Roma 4-3 in a Serie A classic.

Roma were cruising to victory but Juventus strike three times in seven minutes to take the lead! ⚫️⚪️

José Mourinho must be LIVID! 👀 pic.twitter.com/JI2c6sqL1e 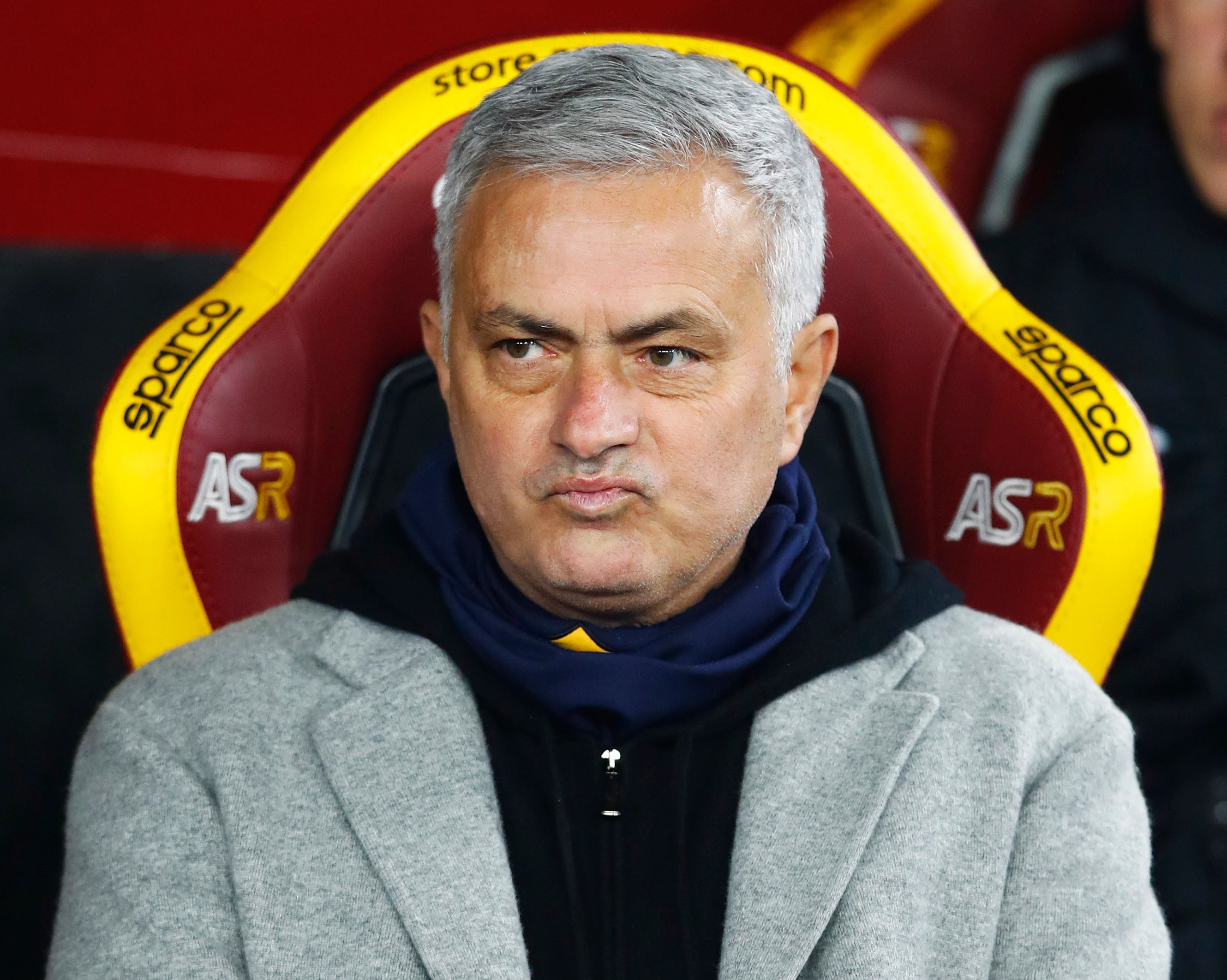 Jose Mourinho was left fuming after watching his ‘mentally fragile’ team throw away the leadCredit: Getty

But the second half saw an eruption of excitement unfold in the Italian capital.

Henrikh Mkhitaryan and Lorenzo Pellegrini scored early in the second period to seemingly kill off the game.

Yet Juventus refused to go down without a fight.

Manuel Locatelli and Dejan Kulusevski scored within two minutes of each otherwise to equalise, leaving the shellshocked crowd silenced.

And Jose Mourinho and Co were left stunned after Mattia De Sciglio put Juve in front to cap off a breathless seven minute period.

Roma had the chance to equalise too, after Matthijs de Ligt was sent off following his handball in the penalty area with just nine minutes left of the 90.

Pellegrini stepped up to grab his second, but Wojciech Szczesny guessed the right way to leave Roma fans speechless.

The result saw Mourinho’s men fail to break into the top six, with Juventus opening up a six-point gap in fifth.

After the game, the Special One bemoaned his side’s ‘mental fragility’ having ‘controlled the game for 70 minutes’.

Mourinho ranted: “Unfortunately I can criticise the team…

“[It was] 70 minutes of absolute control, the team played well, with a mentality of making the game. The approach was right, with the desire to tactically control.

“Then we collapsed psychologically.

“With a strong mentality team it would not be a problem, but the psychological fragility emerged.

“There is a reason why Roma didn’t win against the top teams last year and it’s difficult this year too.

“If the game ends in the 70th minute, it’s an extraordinary game, but it didn’t end there.

“We have limits on the bench, my soul hurts because I’m not used to this team profile.”