ITALY will be looking to carry on from their perfect start to the Euros against Turkey in their second group A match against Switzerland.

The Azzurri go into this game knowing that a win will book their place in the last 16, regardless of results elsewhere.

Immobile scores in the 3-0 demolition of TurkeyCredit: AP 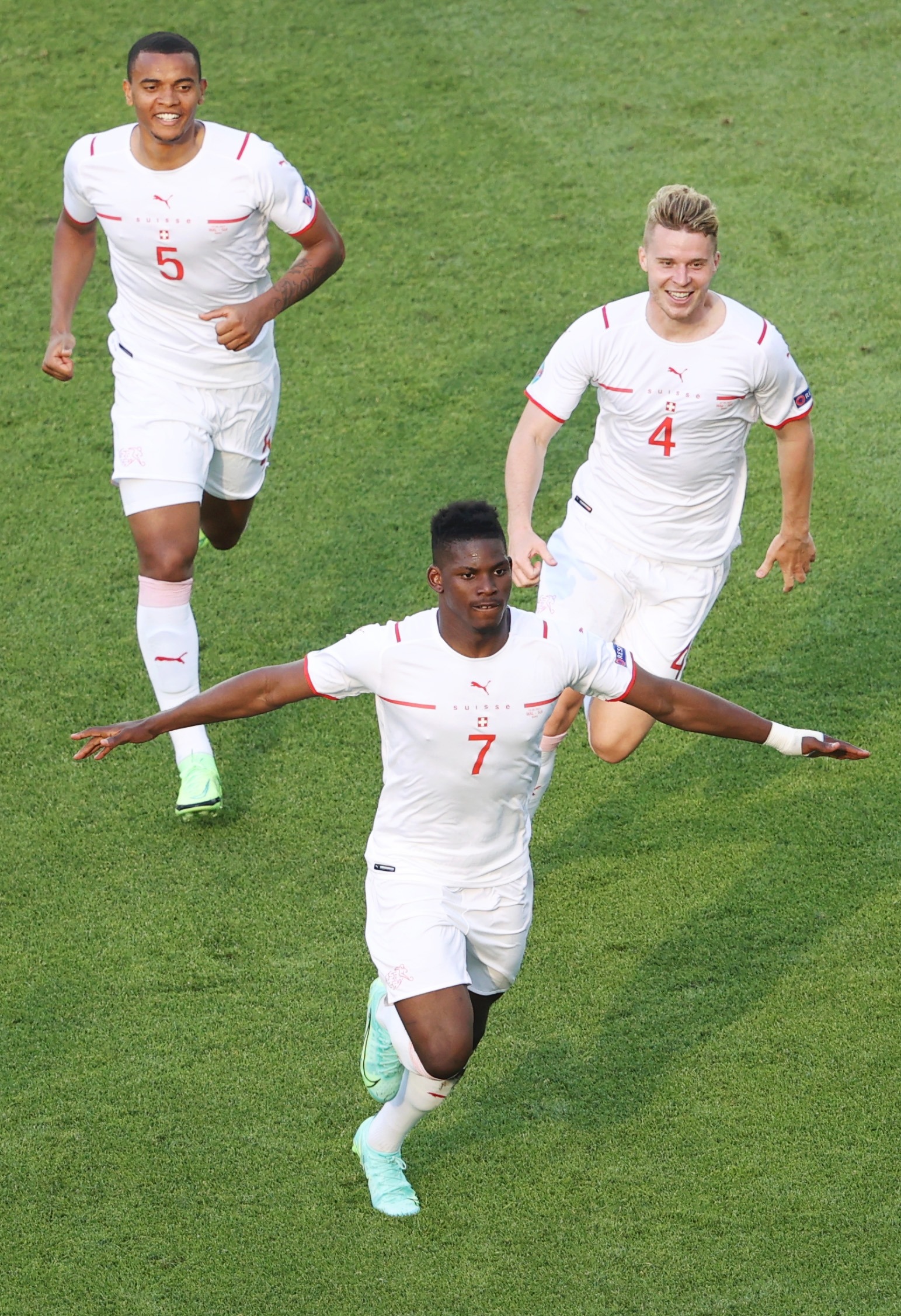 Breel Embolo celebrates putting the Swiss 1-0 up against WalesCredit: Getty

Italy will have home advantage once again in Rome and you can watch all the action live at 8pm on ITV1.

Italy boss Roberto Mancini has been front and centre of an Italian resurgence that saw the Azzurri win all eight of their Euro 2020 qualifying games.

They have since continued that form with nine wins and three draws and most damming of all – have not lost a game since 2018 to make it a remarkable 24 games unbeaten.

Switzerland on the other hand are an improving nation that have reached the knockout stages in their last three major tournaments, including advancing to the last 16 five years back at Euro 2016.

The Swiss outplayed group A rivals Wales in their Euro 2020 opener on Friday but were made to settle for a draw after a late equaliser. 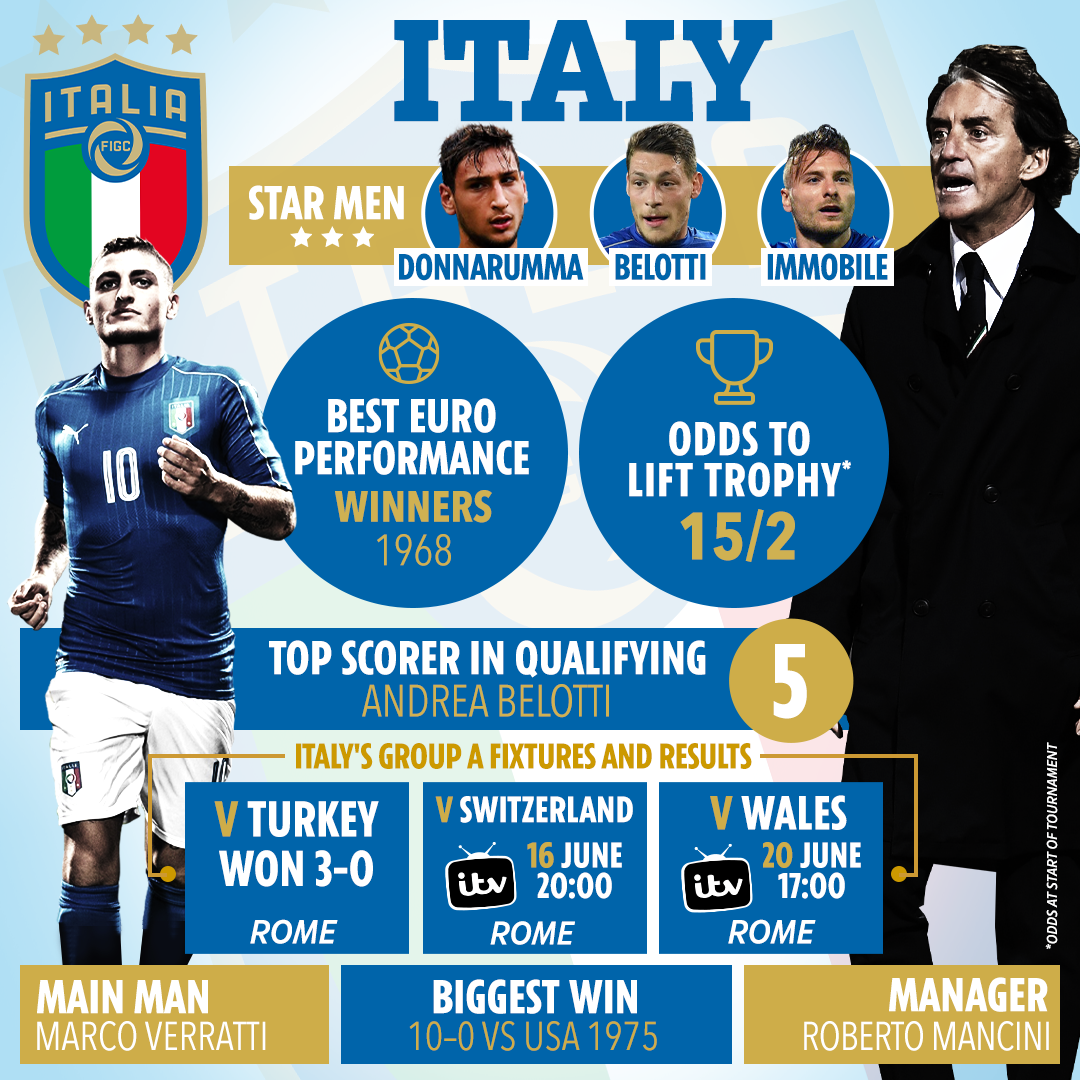 Marco Verratti is the only player short of fitness in the Azzurri squad and there will be no need to rush him back into contention.

There have been some changes in personnel, with both Inter Milan’s Stefano Sensi and Roma’s Lorenzo Pellegrini withdrawing due to injury, being replaced by Atalanta’s Matteo Pessina and Fiorentina’s Gaetano Castrovilli.

However, there is no such reason to change the playing eleven that performed admirably on matchday 1.

Switzerland boss Vladimir Petkovic is most likely to stick with the same XI that started against Wales.

The Borussia Monchengladbach quartet of Yann Sommer, Nico Elvedi, Denis Zakaria and Breel Embolo will be crucial, while Premier League duo Granit Xhaka and Xherdan Shaqiri will be equally as important. 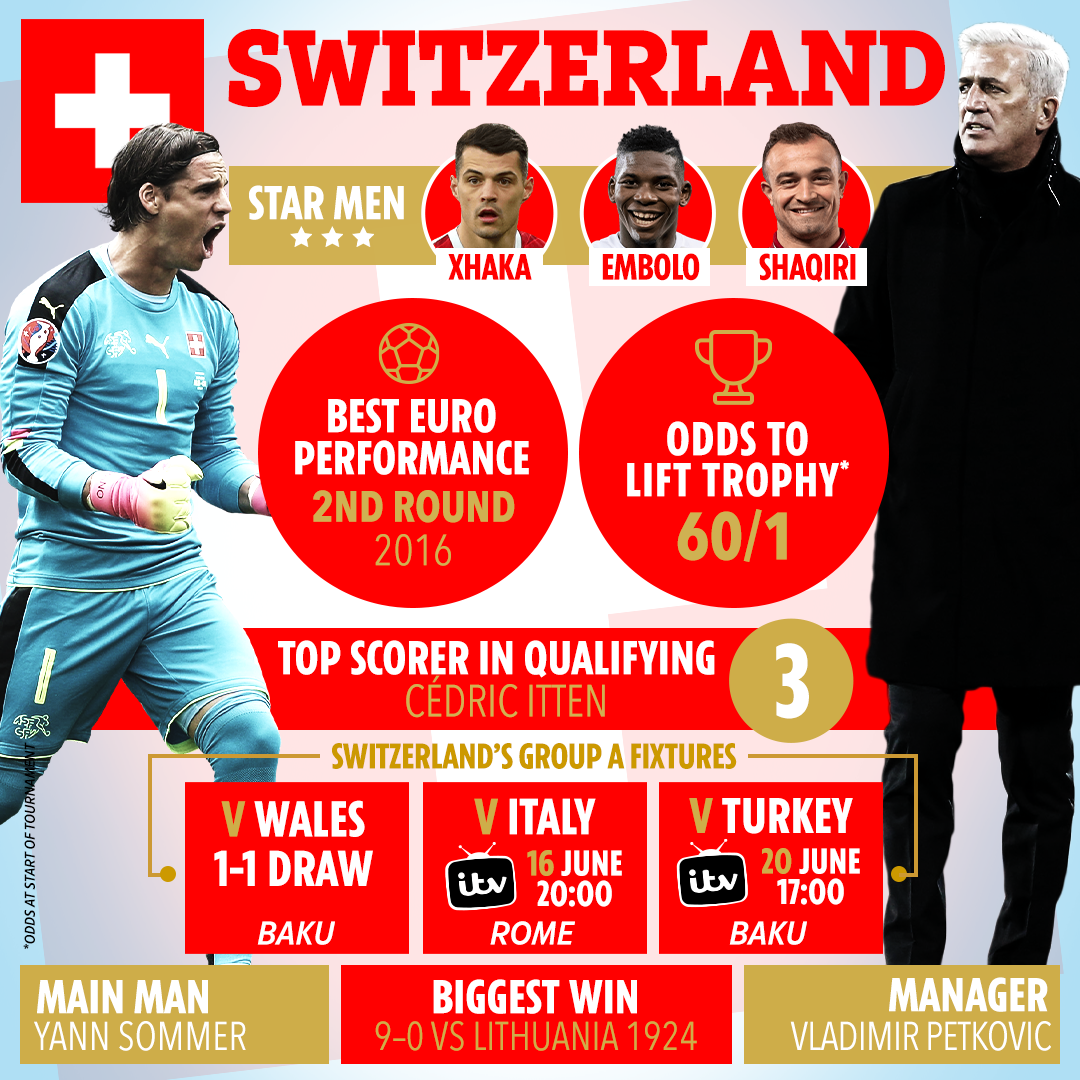 Ciro Immobile. The Lazio marksman bagged one goal last time out against Turkey and could have had a couple more.

The 31-year-old equalled the record for the most number of Serie A goals (36) during the 2019-20 season and subsequently won the European Golden Boot ahead of Robert Lewandowski (34).

The striker has had what you could consider a slight dip in form this season – but has still netted 25 goals across all competitions with his club.

See if you can spot the stunning Italian sports presenter Diletta Leotta, who has over 7.8million instagram followers.

Leotta uploaded a story on instagram of her and her boyfriend in the stands during Italy’s opener against Turkey on Friday – so there’s every chance she’ll be there tonight.

Diletta Leotta and her boyfriend watching on from the stands