CROATIA looked a shadow of the team which reached the World Cup final in 2018 when they lost to England in their opening Euro 2020 group D fixture.

England were by far the better team and Zlatko Dalić will need to get his Croatia side back firing in a must win game. 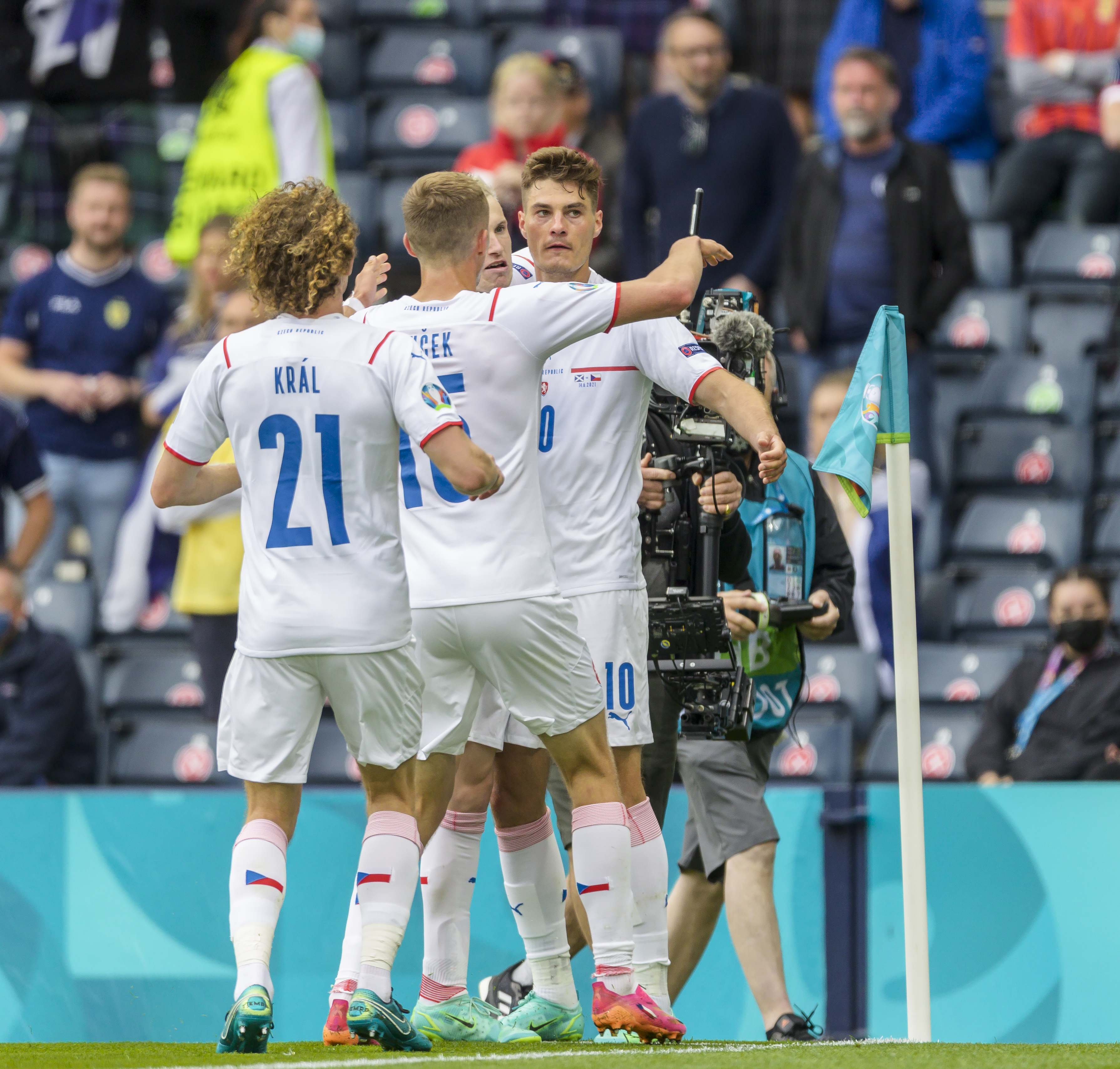 Czech Republic will have a slight advantage in having already played at Hampden Park, in their 2-0 thumping of Scotland and you can catch all the action live from Glasgow at 5pm on BBC ONE.

It will be all or nothing for Croatia and they will be expecting to overturn their disappointing start to life in group D after a 1-0 defeat to the hands of England.

The Croats are not the force they were back in 2018 and their recent form is not good – having lost eight of their last 12.

Jaroslav Silhavy’s Czech Republic side have blown hot and cold over the past year and have won seven from 12 since the beginning of 2020.

The Czechs however can can come into this one full of confidence after impressing against Scotland and Patrik Schick’s 50-yard wonderstrike..

“It’s always hard to play against us as we have a lot of hardworking players,” Schick said

“Scotland were a tough opponent. But I saw the goalkeeper off his line – I checked in the first half where he was standing.” 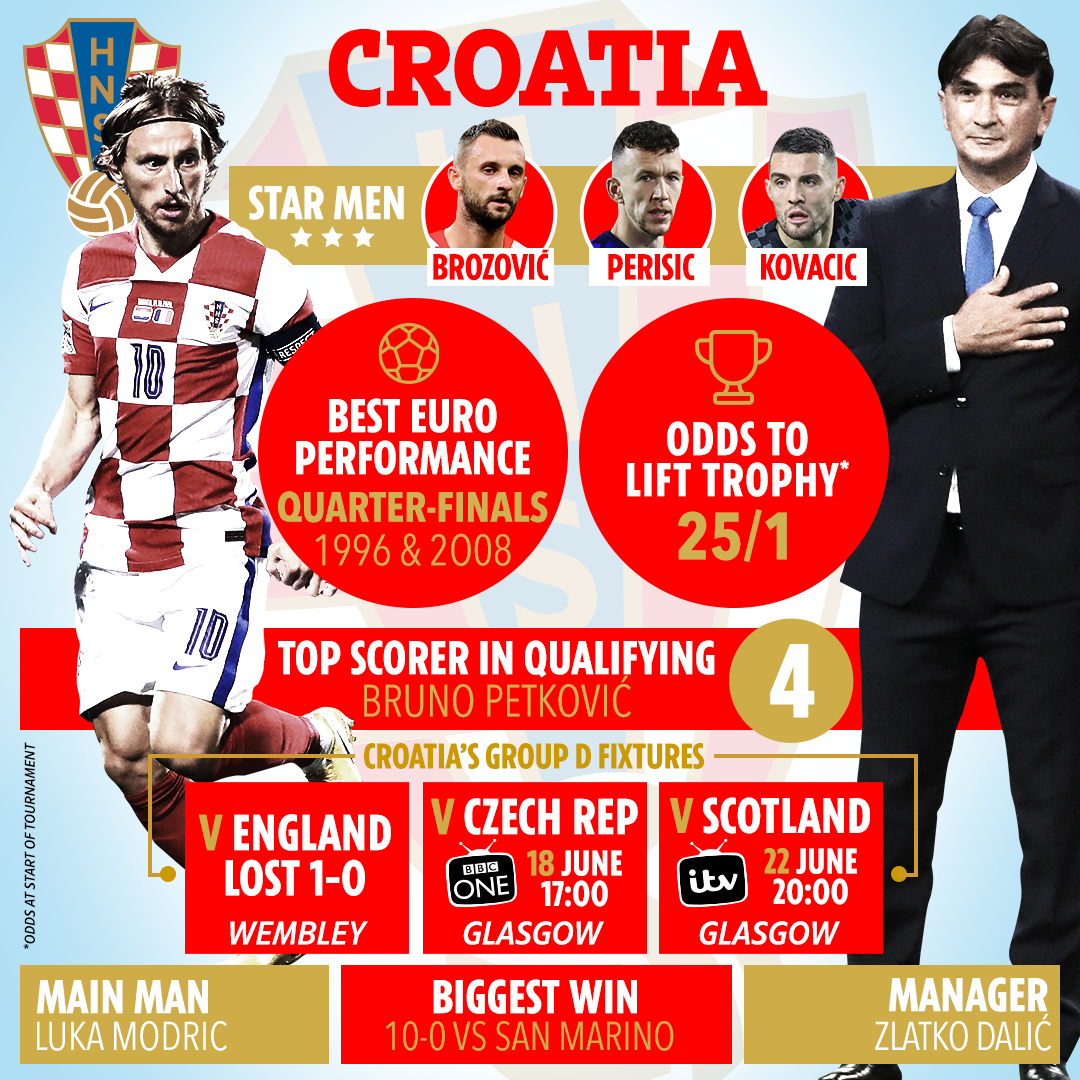 Croatia’s Dejan Lovren is expected to miss out and still hasn’t fully recovered from injury – although there are some bright signs for the 31-year-old as he is back in light training.

Both Marcelo Brozović and Mateo Kovačić were taken off late against England, but it is believed that was just a caution and that the pair will be starting come Friday.

The Czech Republic do not have any injury or suspension concerns so you can expect their squad to pick itself – with one Patrik Schick leading the line. 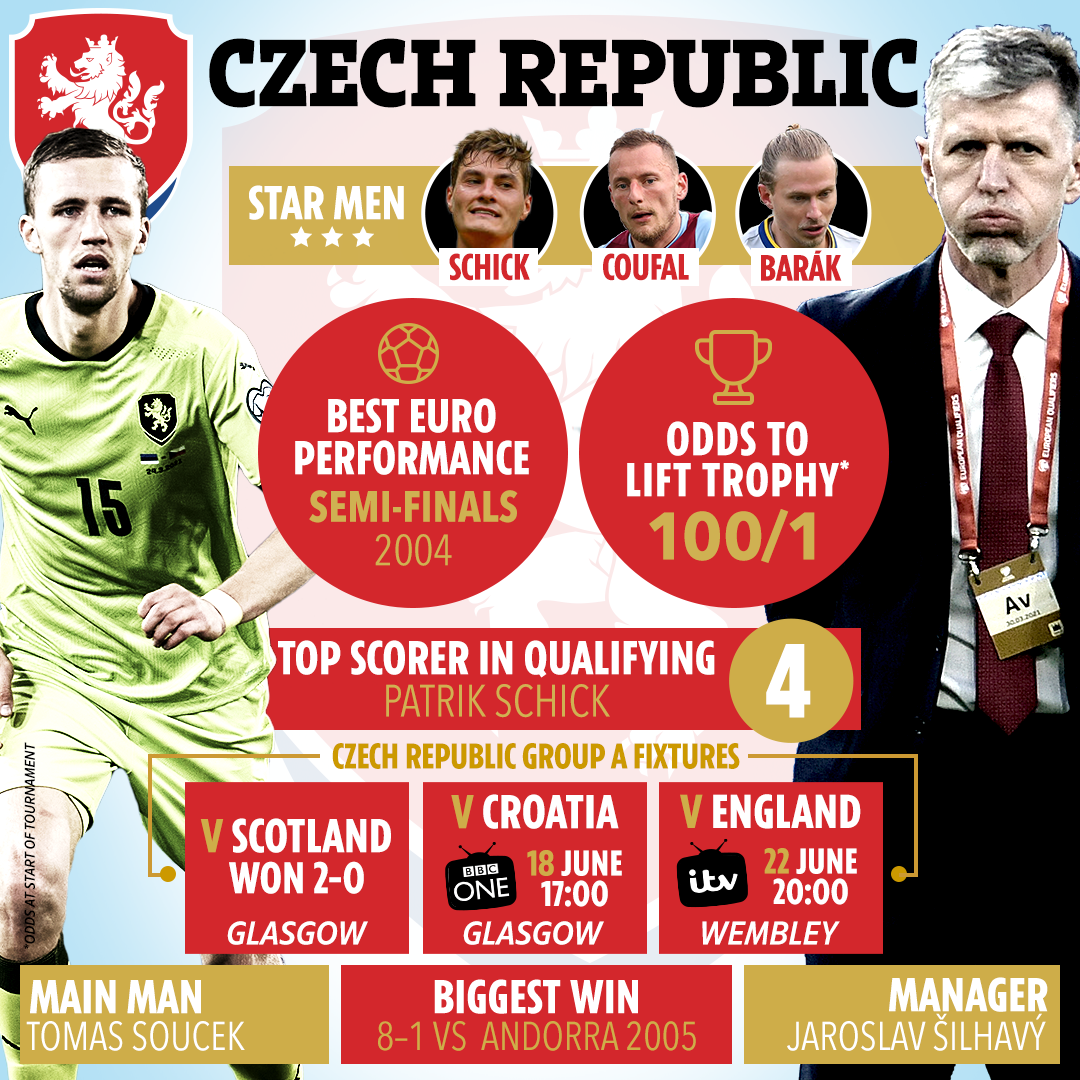 Of course we’ll study our opponents, but our main focus is on the performance we want to give ourselves. I’m sure they are certain they will win the game.

Who to watch out for

If you hadn’t heard of him before then you most certainly will have done after his second goal against Scotland.

The Bayer Leverkusen forward first broke the deadlock in their 2-0 win with a fine header, before scoring what will go down as one of the most iconic goals in the history of the European championships.

And if you haven’t seen it… Well here’s the goal. What a beauty.

Izabel is the founder and owner of a successful range of organic and eco-friendly baby products ‘Lunilou’, which she launched in 2015.

The 28-year-old sells the likes of baby moccasins, pillows and other accessories – alongside her older sister, Ivana Lucic.

And she also holds an economics degree after studying at the University of Zagreb.

The pair got married in June 2017 and spent a reported £250,000 on their wedding where an estimated 600 guests were invited.