THE SWITZERLAND fan who went viral for his celebration of his country’s equaliser against France was given an all-expenses-paid trip for their Euro 2020 quarter-final tie with Spain.

Luca Loutenbach became the subject of thousands of memes following his display of the range of emotions footy fans across the world often experience.

Switzerland don’t have Granit Xhaka for their clash with Spain, but they have Luca Loutenbach, their most famous fan. Swiss Air have paid for his business class flights to Russia, with Red Bull and the Swiss Tourist Office also getting in touch with him. pic.twitter.com/JzwfJhX84W

Loutenbach was spotted close to tears seconds before Mario Gavranovic’s 90th-minute equaliser sent the Swiss fans at Bucharest’s National Arena into a state of ecstasy.

Cameras quickly returned to Loutenbach after Gavranovic’s strike and captured the him topless and letting out a primal roar.

But they bagged him a free trip to St Petersburg for his country’s last-eight clash with Spain.

Swiss Air gave Loutenbach a ticket for Friday evening’s match and flew him out to Russia in business class.

Switzerland’s unlikely mascot was over the moon with the freebies, smiling like a Cheshire Cat as he posed with his nation’s flag before boarding the flight.

Luca Loutenbach was almost in tears before Switzerland’s equaliser against FranceCredit: UEFA EURO 2020 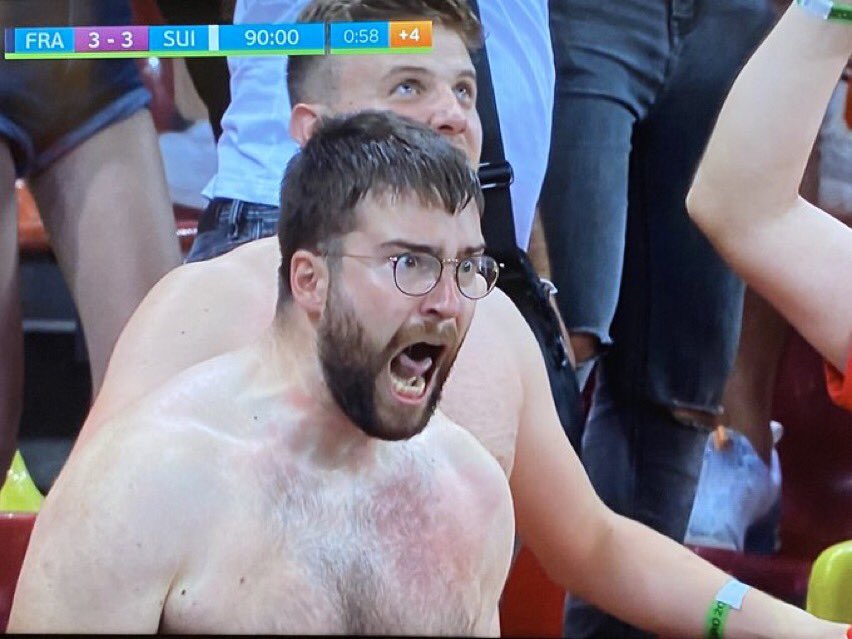 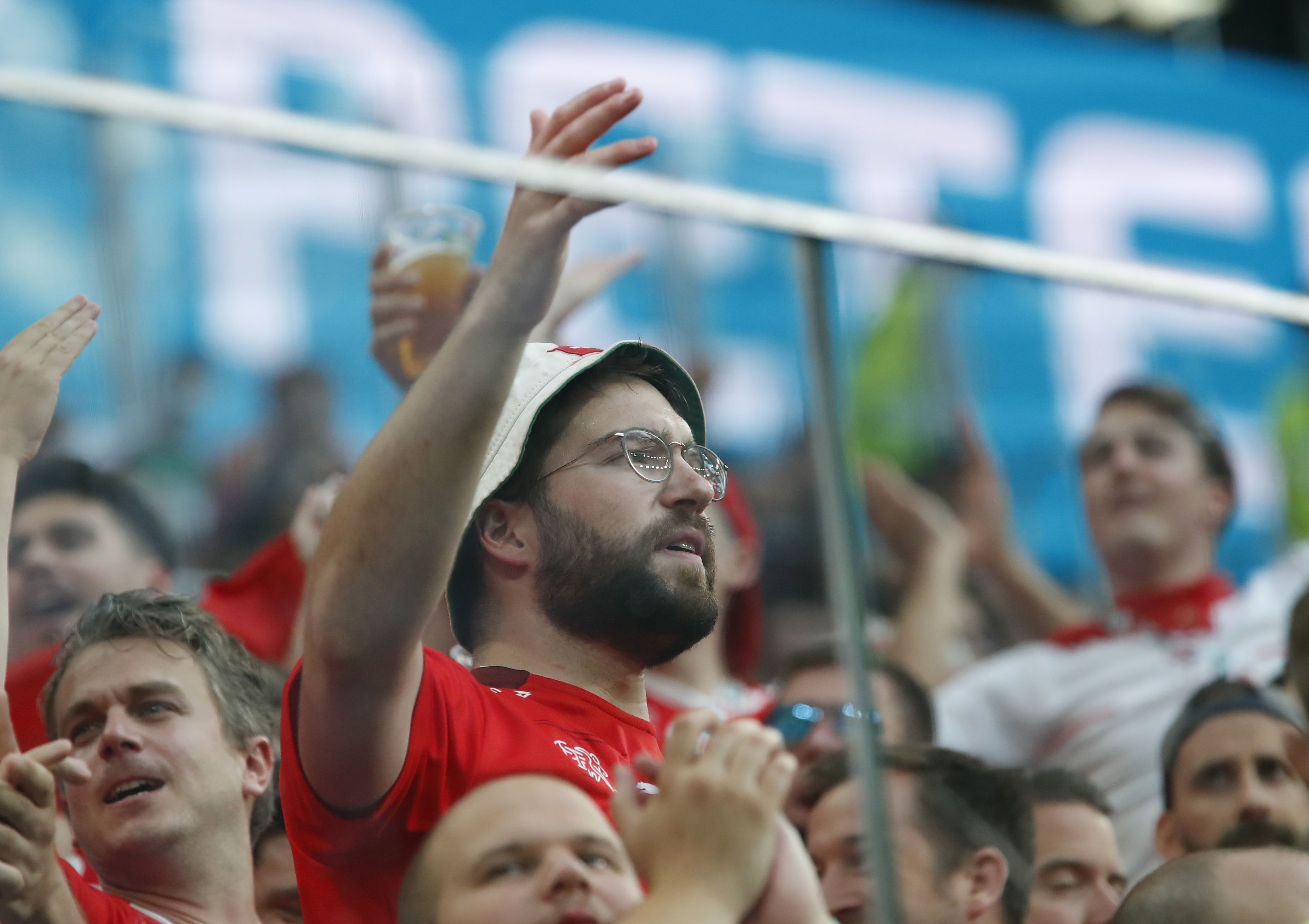 An over-the-moon Loutenbach then posed for a photo with the crew.

It didn’t take long for Loutenbach to be spotted by the cameras, who showed the Swiss super fan singing his heart out with his countrymen.

Loutenbach reflected on his 15 minutes of fan in an interview with The Blizzard, saying: “I tried to take my shirt off during the goal but my glasses were blocking it a bit so I removed it a few seconds after and afterwards, I was just so relieved by the goal and so emotional.

“My reaction was mainly because during the first half I started to really believe it was our day.

“And from that point, it felt like we were losing everything.

“I was just in such a state of disbelief, to once again, miss a big chance to write history. And then the comeback was so unexpected, it was just the best moment ever.”

He said: “I try to never miss a game as much as possible.

“But it was logistically almost impossible to make the round trip to Baku-Rome-Baku.

“It’s the most beautiful day in the history of Swiss football. Let’s not be afraid of these words.”

Loutenbach’s presence in St Petersburg wasn’t enough to guide Switzerland to the semi-finals as they crashed out on penalties to the three-time tournament winners.

Vladimir Petkovic’s side lost the shootout 3-1 thanks to misses from Fabian Schaer, Manuel Akanji and Ruben Vargas.