SWANSEA ace Morgan Whittaker has been racially abused amid the mass social media blackout with police investigating the issue.

The 20-year-old has been targeted with sickening abuse after he scored against former side Derby in the 2-1 win at the Liberty Stadium on Saturday. 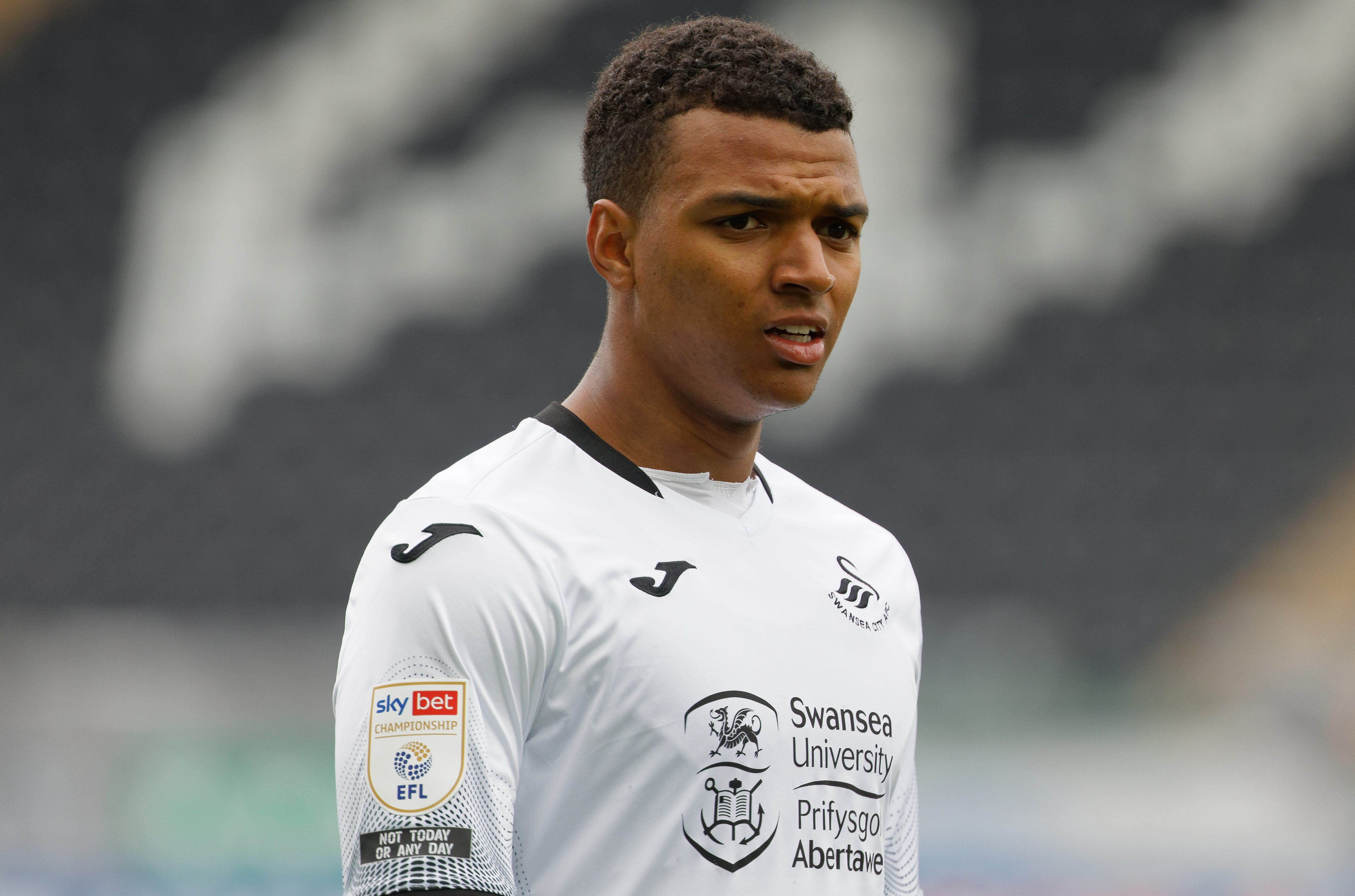 Whittaker – who left the Rams to join the Welsh outfit earlier this year – is the fourth Swans star to have suffered racist abuse since February.

Jamal Lowe, Yan Dhanda and Ben Cabango have all been targeted, with the latest incident occurring during the social media boycott.

The Championship outfit released a statement condemning the abuse, as the said: “Swansea City is saddened, angry and appalled by vile racist abuse received by Morgan Whittaker via social media following Saturday’s game against Derby County.

“The abuse in question has been reported to South Wales Police and the club is assisting them in their investigation.

“The fact that this has happened across a period where clubs, players and stakeholders have come together for a boycott of social media for this very reason, again shows just how much work still needs to be done.

“Morgan is sadly the fourth Swansea City player to suffer such abhorrent and disgraceful abuse online since February – a damning indictment on the world we live in.

“As a club we will continue to strive for change, urging social media companies to take strong action and implement real change on their platforms that will enable its users to open their accounts and not have to worry about what they might find.

“Chief executive Julian Winter recently wrote to both Twitter and Facebook, the latter replying with examples of how they try to combat online abuse. 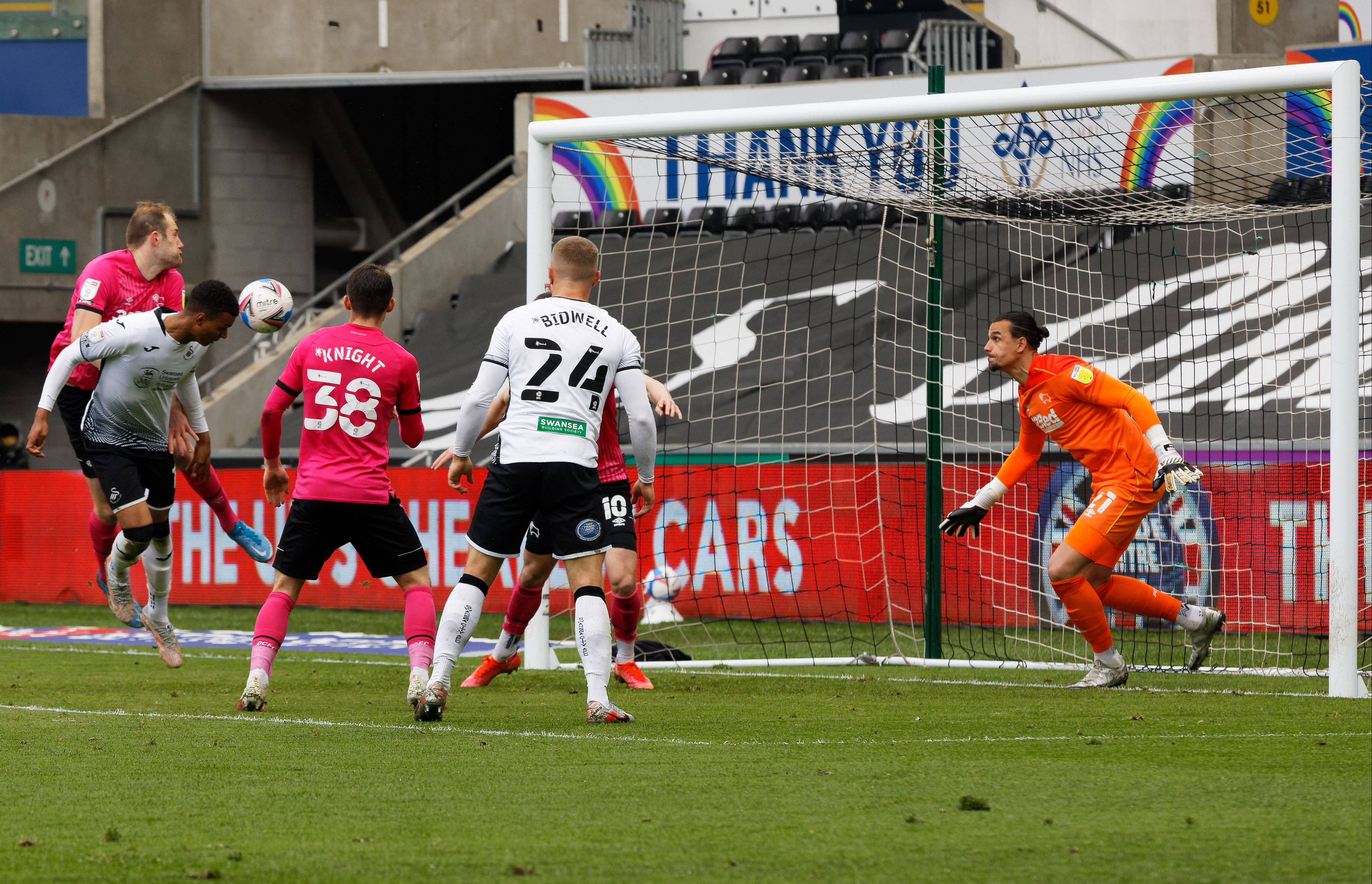 Whittaker headed in an equaliser against former side Derby on Saturday in a 2-1 winCredit: Getty

“But with vile incidents appearing on a daily basis, stronger action is clearly required.

“Morgan has the full and unwavering support of everyone at Swansea City, and our message remains clear. Enough is enough.”

“South Wales Police has designated football liaison officers who work with clubs throughout the force area to help prevent and deter crime and anti-social behaviour.

“Tackling hate crime has always been a priority for South Wales Police – this behaviour is something that will not be tolerated in our community.

“The force takes hate crime seriously and works closely with those involved in football to raise awareness of hate crime amongst players and supporters.”

Swansea took a stand against online abuse and discrimination on April 8 by not posting any social media content for seven days.

The Welsh club called for social media platforms to introduce tougher policing and punishments for those found guilty of sending online abuse.

Birmingham and Rangers quickly supported Swansea’s stance of a seven-day boycott, and on Friday much of the sporting world followed suit.

The boycott – which started at 3pm on Friday and runs until 11.59pm on Monday – saw a coalition of football’s largest governing bodies and organisations go silent on social media in a show of solidarity against online abuse.