The 29-year-old, who is serving a three-match domestic ban, could only make an impact on the fashion world as PSG chased three precious points. 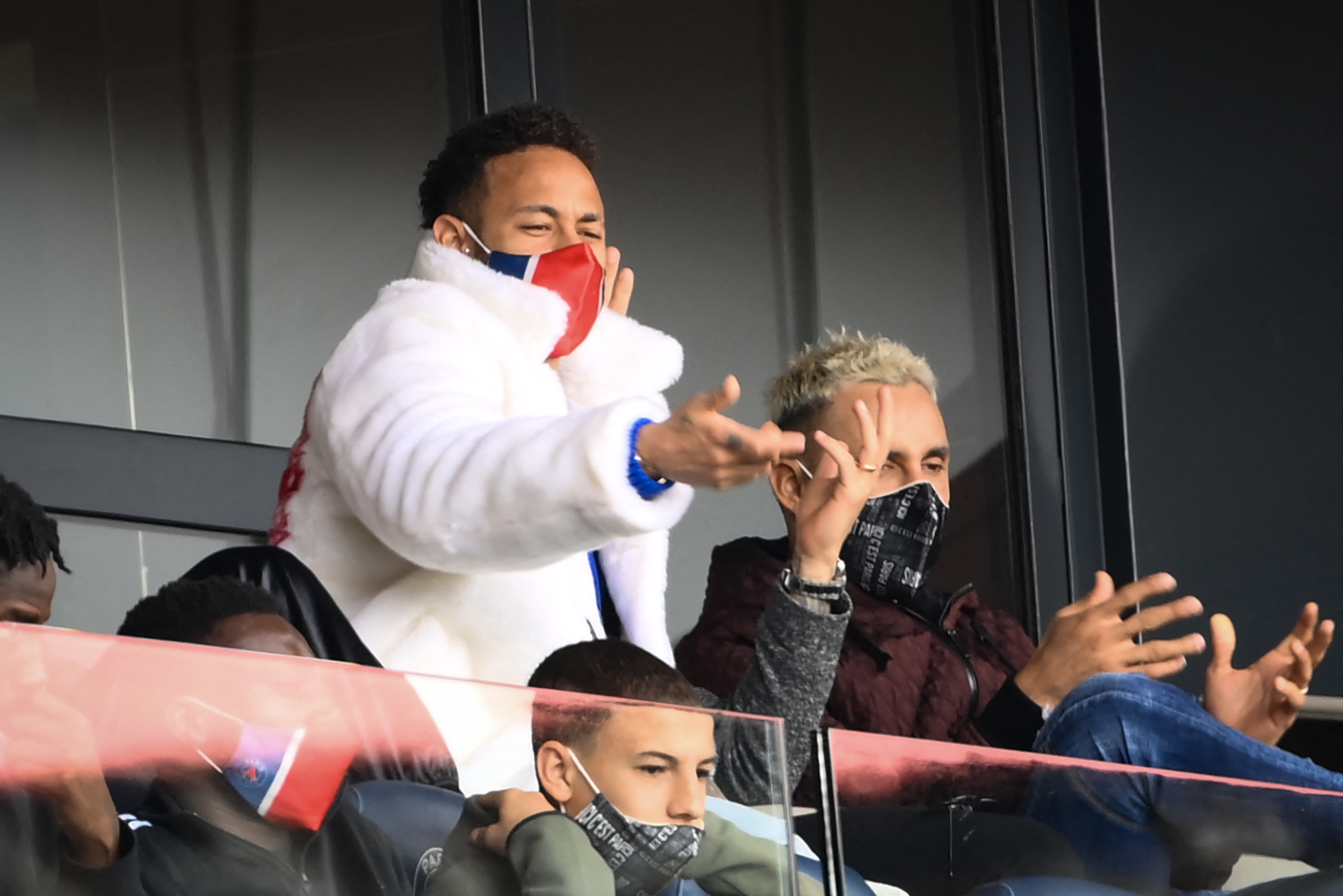 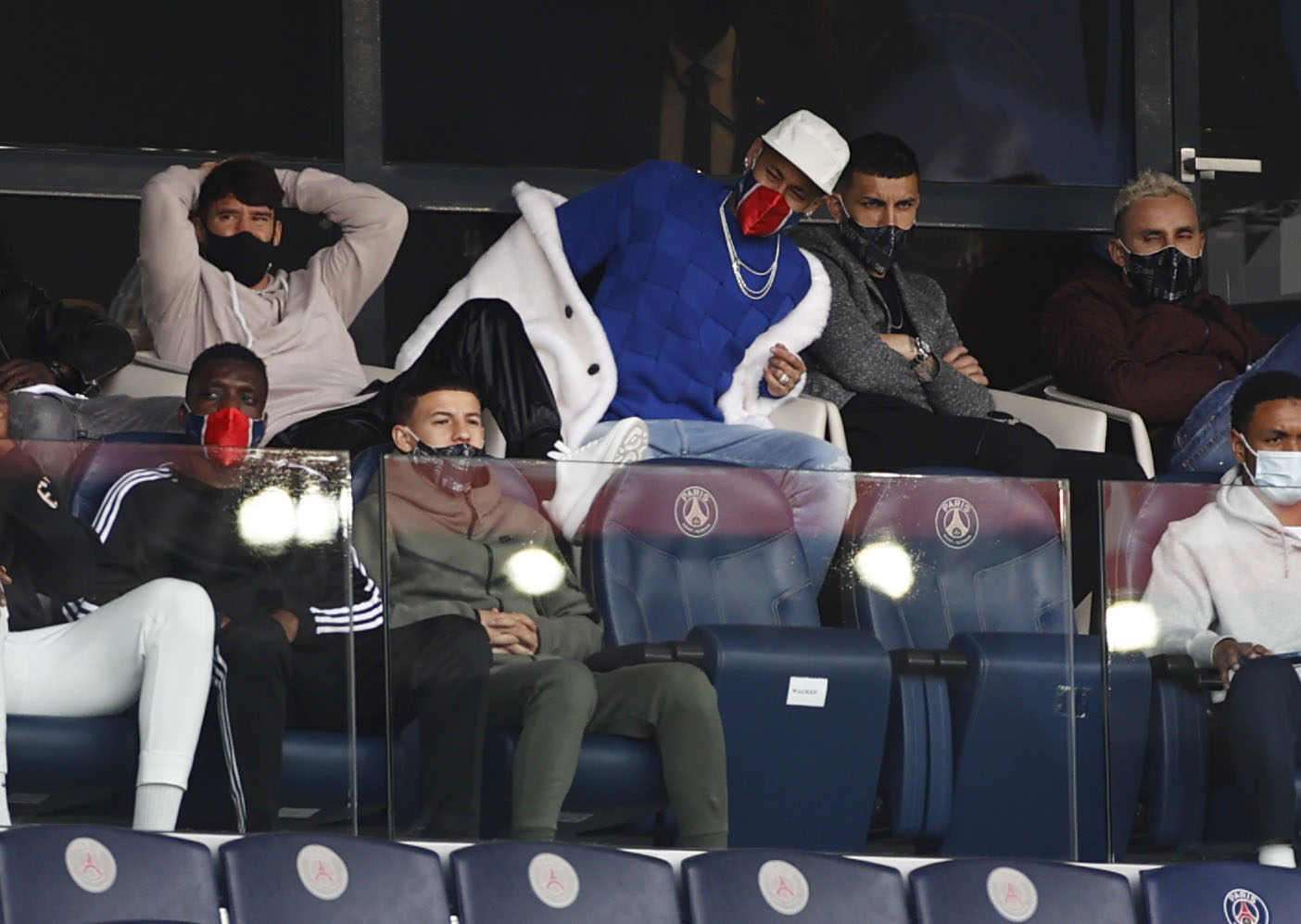 But the 29-year-old got too warm and had to ditch itCredit: Reuters

Neymar appeared from within the stands to watch his team with 11 seconds of the game played.

He greeted his team-mates, including the injured Keylor Navas, wearing the questionable coat.

BT Sport commentator Steven Wyeth was surprised by the outfit, exclaiming: “What has Neymar come dressed as!?”

Although it seems unlikely Wyeth will order the same coat when he gets home, the Brazilian star did look nice and warm in the Paris sunshine.

And he will be delighted with PSG‘s last-minute winner in the 3-2 thriller.

The French champions are now just one point behind Lille in Ligue 1 with five games left to play. 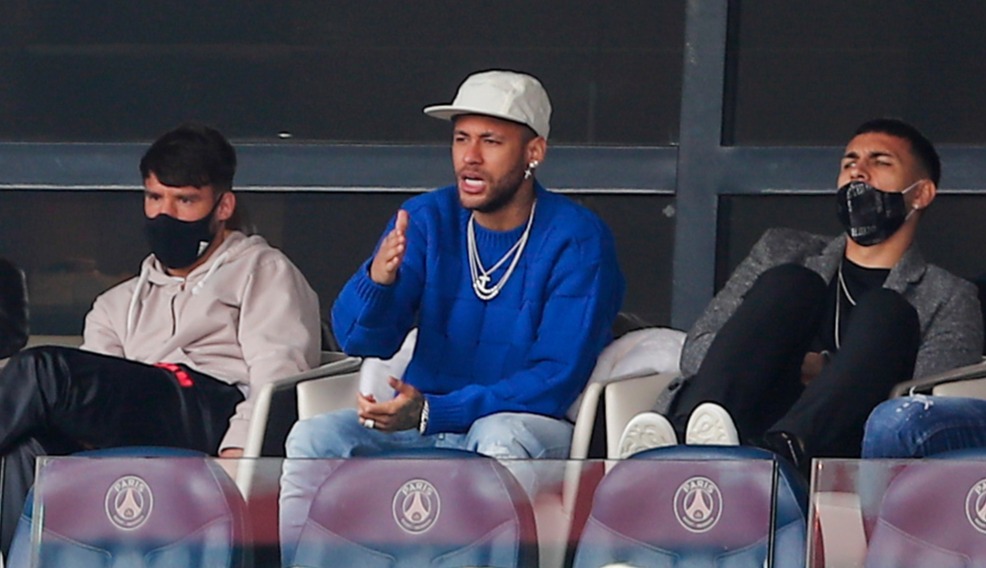 The coat became a nice cushion in the endCredit: AP

Today’s victory is a huge boost to their hopes of retaining an honour they have won seven times in the last eight years.

Mauricio Pochettino’s side also have ambitions of winning the Champions League for the first time this season after knocking holders Bayern Munich out.

Their triumph on away goals sparked massive celebrations in the dressing room.

PSG will face Manchester City in the semi-finals, with Real Madrid and Chelsea doing battle in the other tie.

Neymar recently pledged his future to the club by admitting he feels ‘at home’ in the French capital.

Today’s game was the second of his three-match ban, which he received for kicking an opponent during PSG’s recent 1-0 loss to Lille.

Ally McCoist praises PSG’s Neymar for his performance against Bayern