A SUPERCOMPUTER has predicted how the Premier League table will finish after just two rounds of games.

Manchester United are still tipped to come in the top six – despite currently being BOTTOM of the pile. 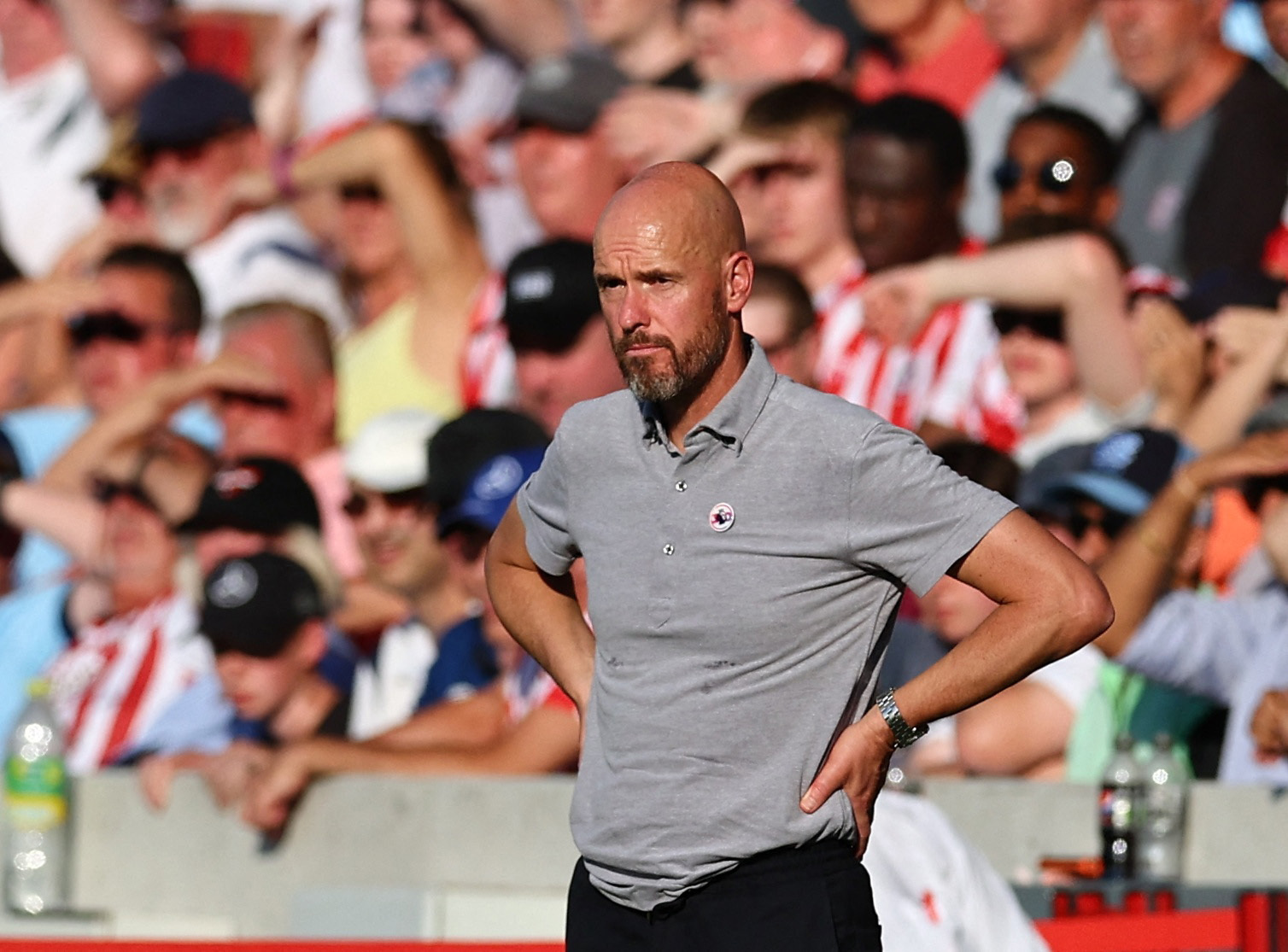 Manchester United have been tipped to finish sixthCredit: Reuters

Although sneaking into the top six is as good as it gets for the Red Devils.

While Gary Neville has said the club could finish in the bottom half, a supercomputer simulation by sports betting app SBK has predicted Erik ten Hag and Co to finish sixth.

United will finish bottom out of the ‘Big Six’ after kicking off the campaign with miserable defeats to Brighton and Brentford.

And while Tottenham, Chelsea and Arsenal are all odds-on to finish in the top four, Ten Hag’s side have not been given much of a sniff.

The supercomputer reckons Spurs will come out as the top London team in third, ahead of Chelsea in fourth, and Arsenal once again missing out on the Champions League in fifth.

Liverpool’s struggling start means Manchester City are the heavy favourites to lift the title for a third consecutive season.

The Reds have drawn their opening games against Fulham and Crystal Palace, while City have looked imperious in wins over West Ham and Bournemouth.

Jurgen Klopp’s side are still expected to finish second regardless of their poor form and mile-long injury list.

Meanwhile down the bottom of the table, the supercomputer has predicted two of the newly promoted teams to plummet straight back down to the Championship.

Bournemouth and Nottingham Forest are deemed not good enough for the Prem – despite both teams putting in encouraging performances already this season.

Tipped to join them in the second tier is Southampton, who are yet to get a win under their belts.

Newcastle and Brighton are tipped to be best of the rest, ahead of West Ham and Aston Villa who round off the top 10.

Toon’s spending is not enough for them to muscle their way into the top six just yet, according to the supercomputer.

But it will be enough for the final European place and a spot in the Europa Conference League.