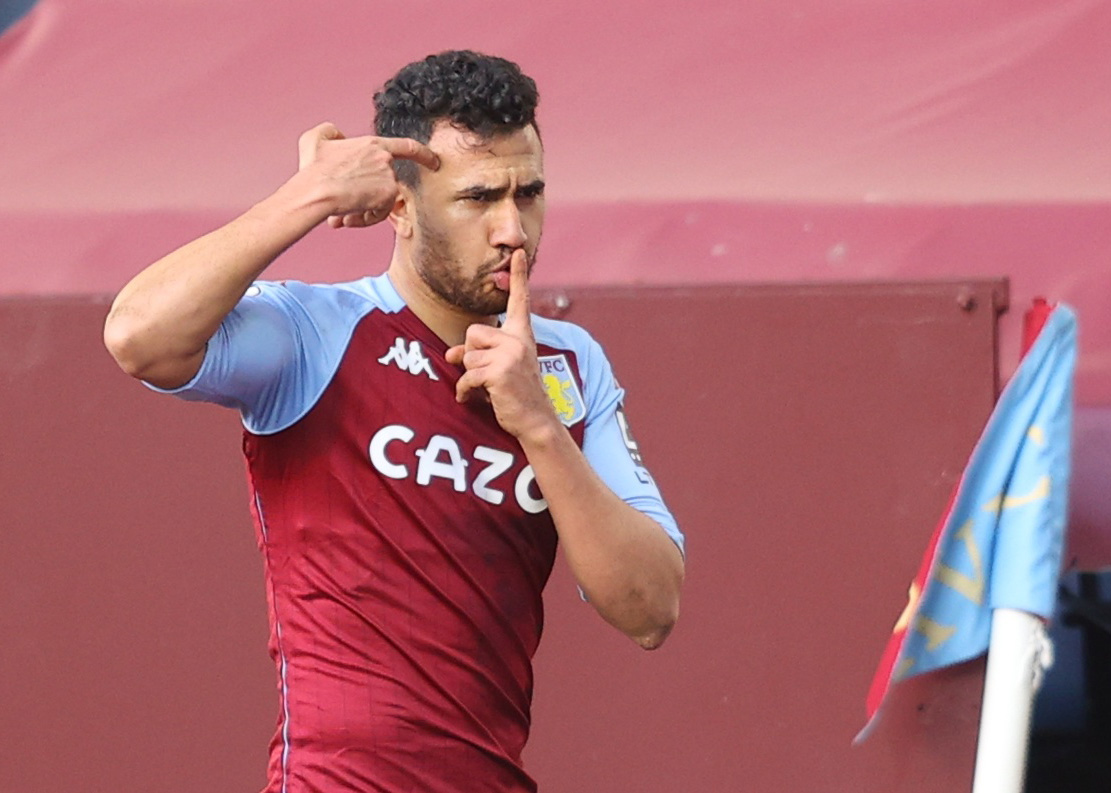 Aston Villa came from behind to beat Fulham with two goals from TrezeguetCredit: Reuters 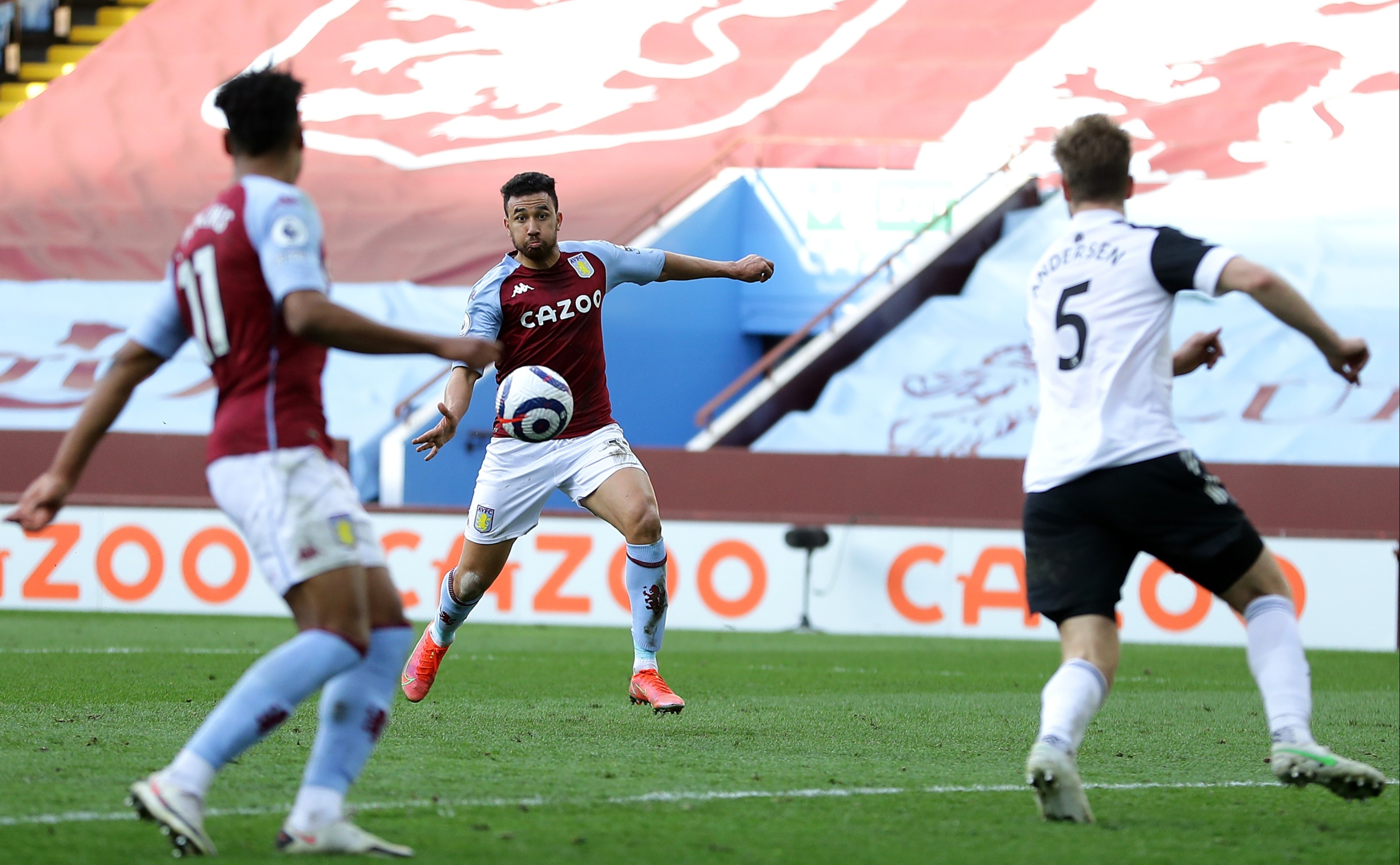 The Egyptian emerged from the bench to compound the Cottagers relegation fearsCredit: Getty

The Egyptian sub’s late double turned this game on its head and left the visitors with a pyramid to climb at the bottom of the table.

And if the Cottagers do go down they will look at this clash as a massive chance blown.

Scott Parker’s men were on course to hoist themselves out of the bottom three for the first time this season as they led 1-0 until the 77th minute through Aleksandar Mitrovic’s strike.

But two goals by Trezeguet completed an unlikely comeback before Ollie Watkins grabbed a third.

It was harsh on Fulham who dominated this clash.

Boss Parker claimed in his pre-match interview his Cottagers are a different team to the one thrashed 3-0 at home by Villa in September.

And they were…until 13 minutes from the end. Then they just fell apart as Villa registered their first win in five matches.

And their late burst meant they scored as many in the last 12 minutes or so of this clash as they had done in their previous six matches.

Villa have already achieved their highest Premier League points tally in nearly a decade and they achieved this win without Jack Grealish.

We were expecting him to return from a shin injury. 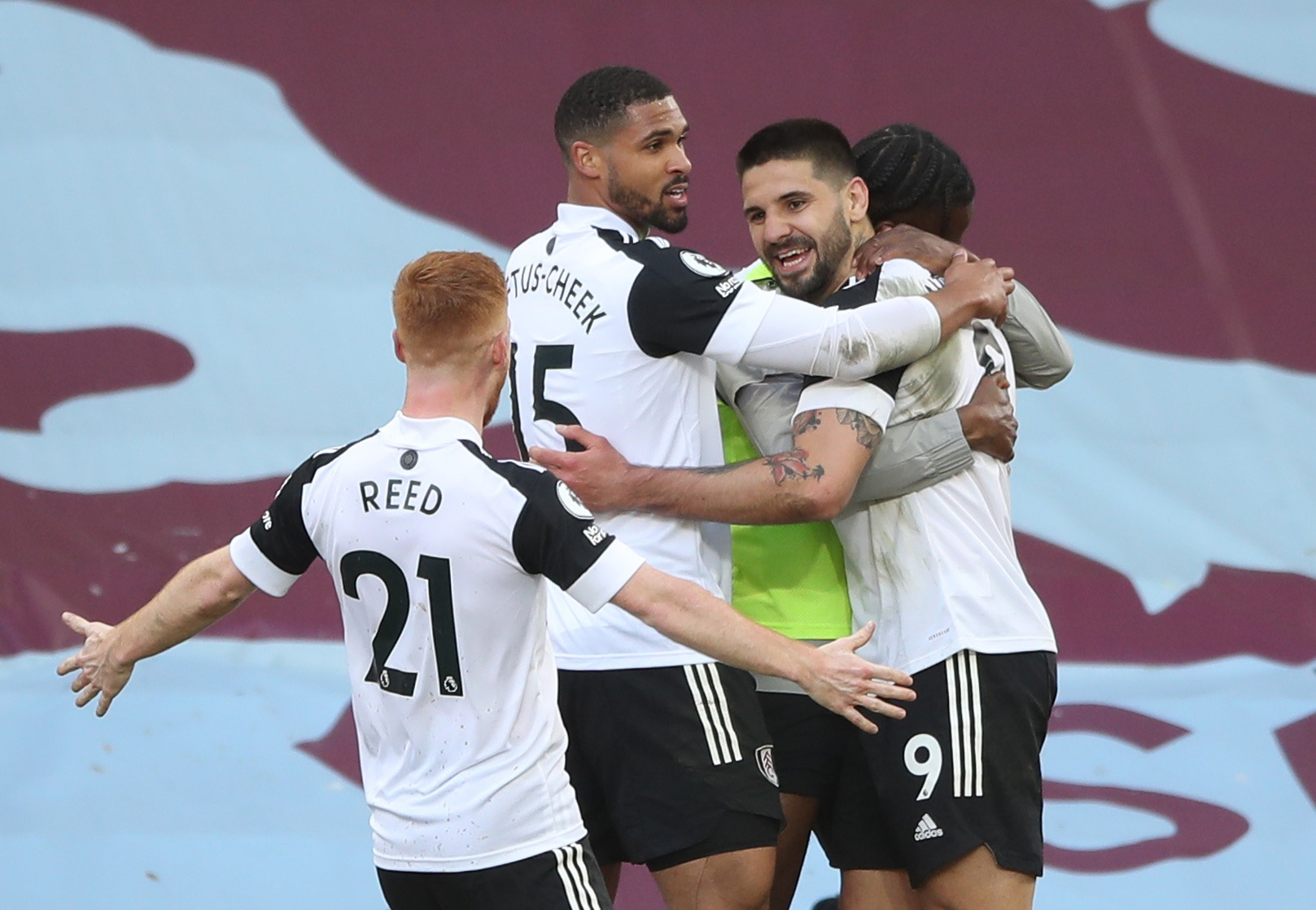 Fulham spurned a priceless three points after a late collapse against VillaCredit: Reuters 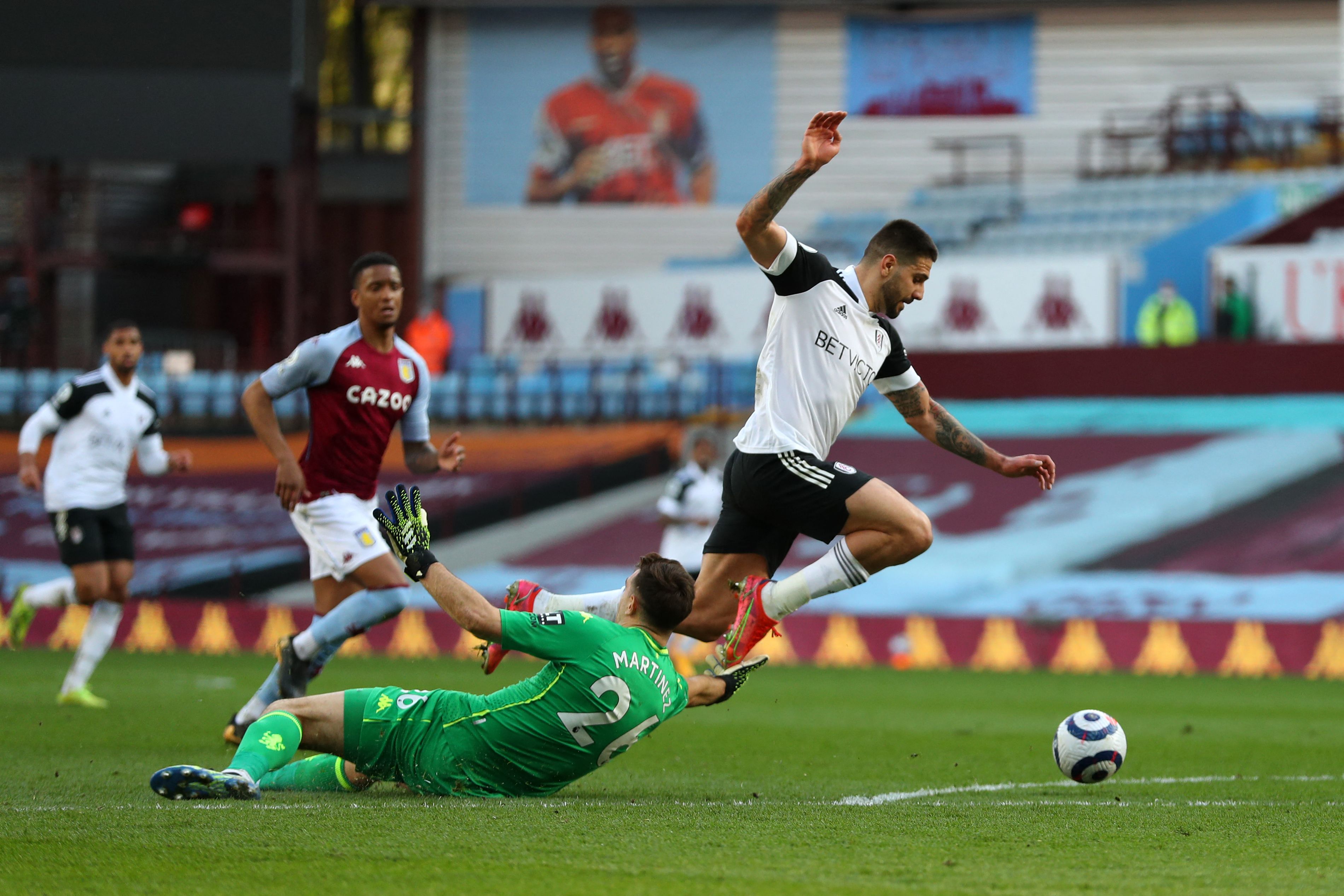 Aleksandar Mitrovic capitalised on an error from Tyrone Mings to bag the openerCredit: AFP

But despite the club’s pre-match assurances their influential skipper would be available his name was again missing from the team-sheet.

Fulham started confidently with Aleksandar Mitrovic – one of four changes made by Parker following their 2-1 defeat at home to Leeds last time out – having a low drive well held by Emiliano Martinez in the third minute.

The Serbian hitman, buoyed by the brace for his country against the Republic of Ireland during the international break, then had a left-footed curler turned away by the Villa keeper for a corner five minutes later.

The Cottagers continued to press and Villa had a lucky escape before the break when Martinez completely missed Ademola Lookman’s free kick – but Joachim Andersen, sliding in at the far post, could only scoop the ball high and wide.

You feared Fulham might end up paying for failing to make their first-half superiority tell.

And they nearly did on the stroke of half-time when ref Andrew Madley awarded a penalty after Ollie Watkins was sent crashing in the box under a challenge from Mario Lemina. 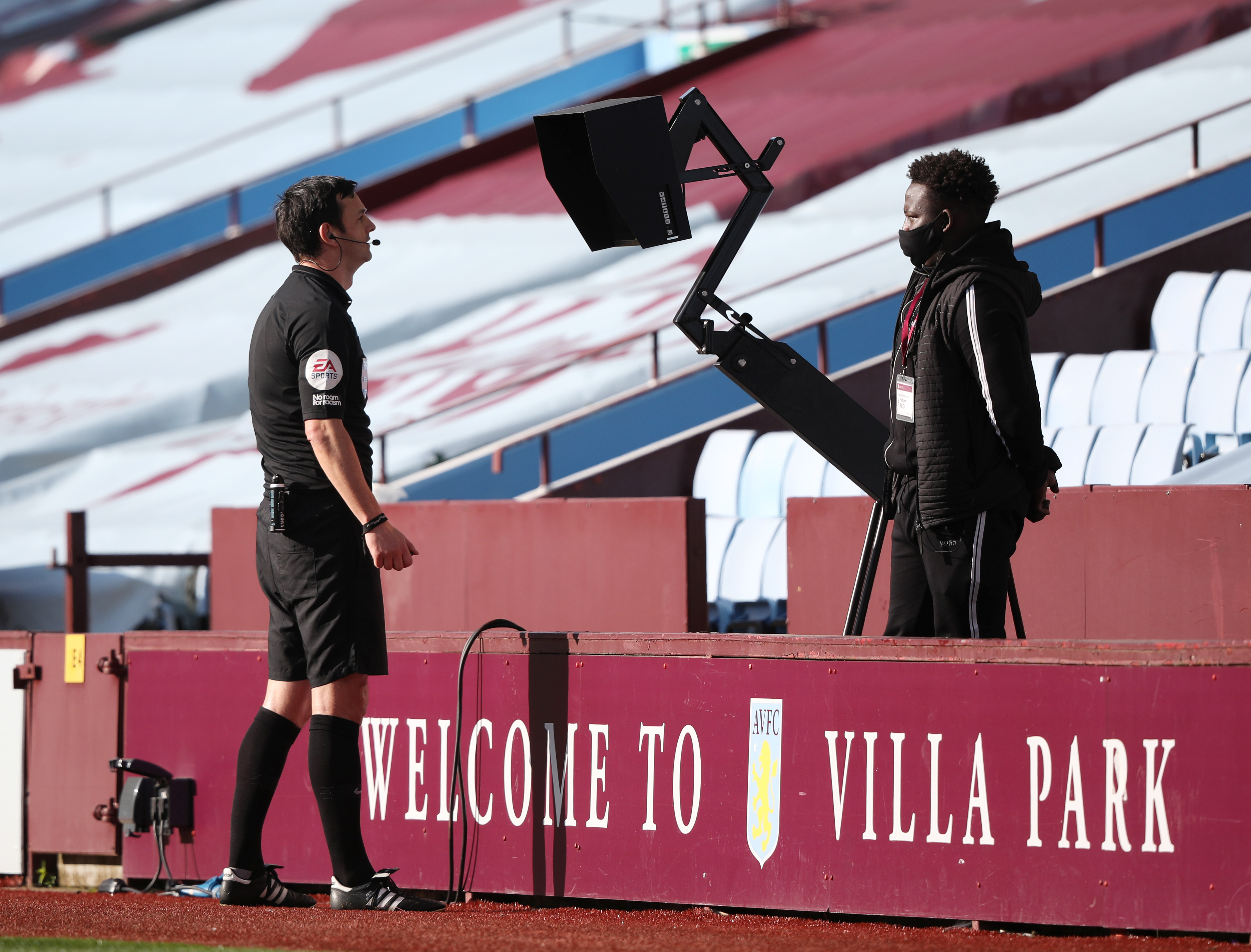 VAR overturned a penalty for the home side after John McGinn went down in the boxCredit: Paul Marriott – The Times

The visitors suffered a blow just when livewire Lookman limped off injured just moments into the second half and had to be replaced by Ivan Cavaleiro.

The game looked to be heading for a stalemate until Tyrone Mings sliced a backpass, allowing Mitrovic to nip in and slot the visitors ahead.

Villa boss Dean Smith immediately sent on Trezeguet for Anwar El Ghazi – and the move worked a treat as Mings atoned for his error by crossing for sub to fire home a first-time equaliser in the 78th minute.

But the goal hero was not finished there as three minutes later he netted his second when he volleyed home another first-time effort after Keinan Davis had seized on a slip by Tosin Adarabioyo.

For Parker and his players it was a dagger in their hearts.

And England new-boy Watkins rubbed their noses in it even more by turning home Bernard Traore’s 87th minute cross. 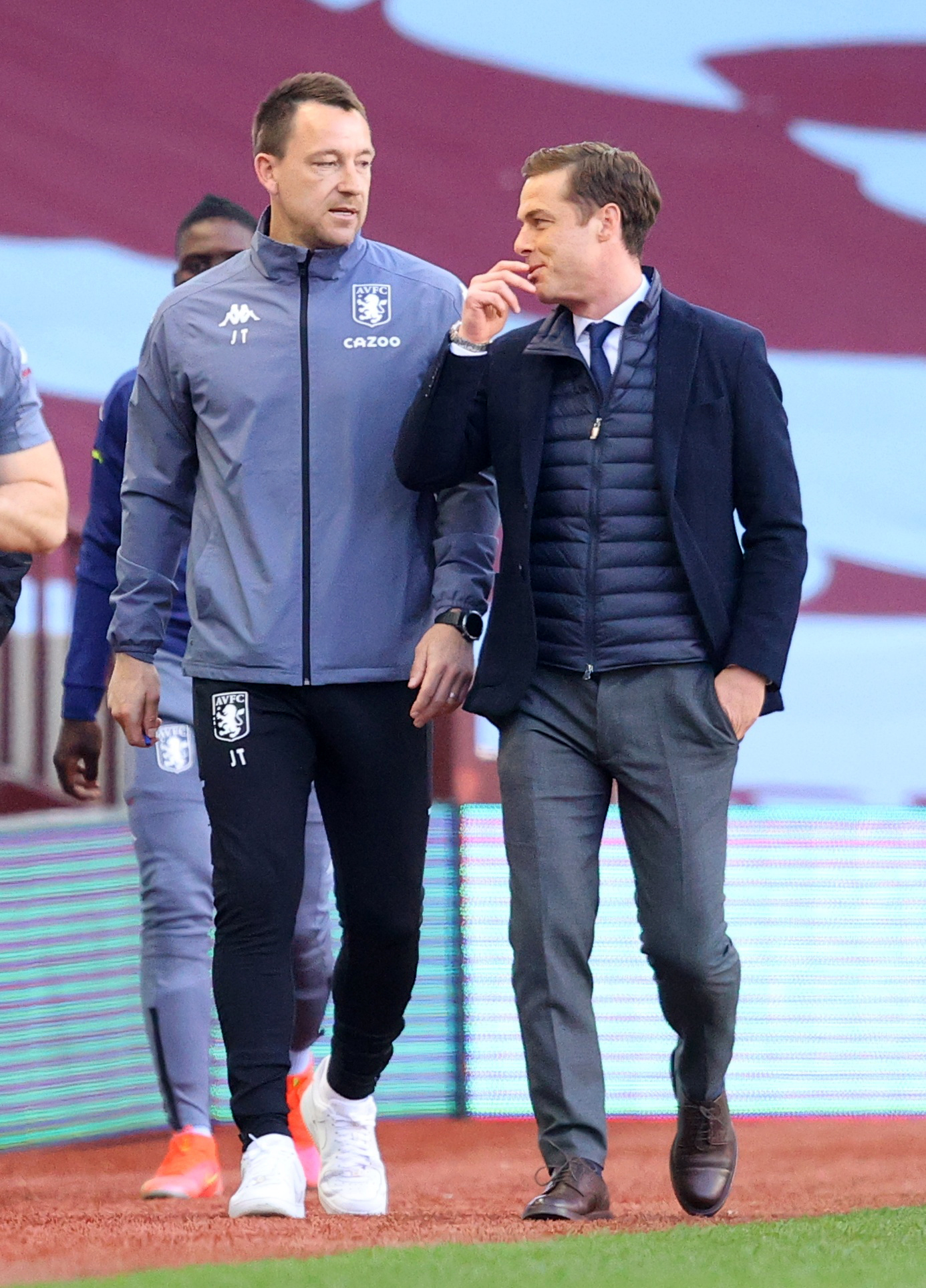