XAVI HERNANDEZ has his work cut out after watching Barcelona throw away a THREE-GOAL lead against Celta Vigo.

The Nou Camp legend has been confirmed as Ronald Koeman’s successor after Barcelona agreed to pay his Al Sadd release clause.

Celta Vigo fought back from three goals down to draw with BarcelonaCredit: AP 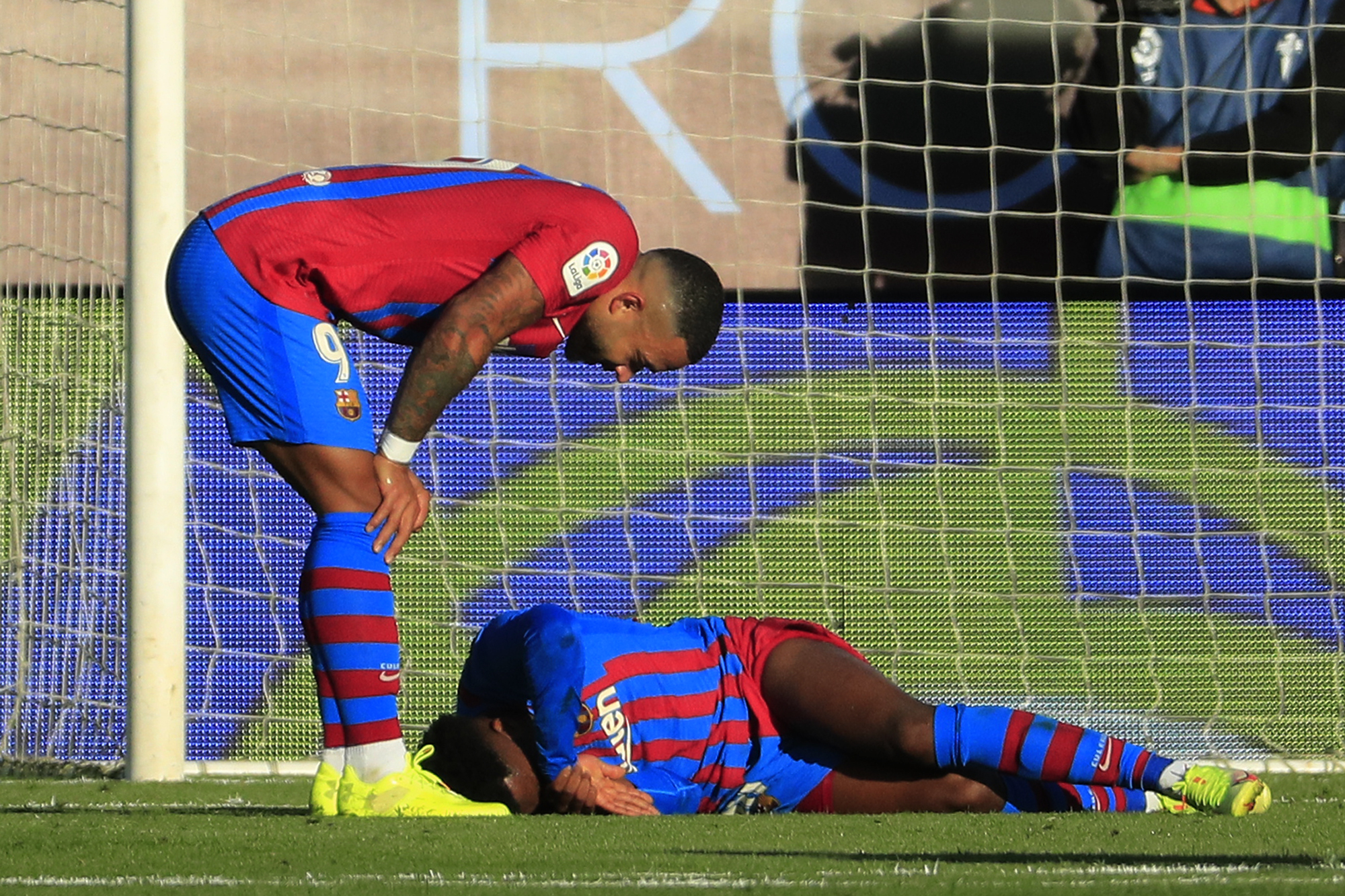 Ansu Fati suffered an injury in a blow to new boss XaviCredit: AP

But Xavi won’t have been impressed with Saturday’s performance as star man Ansu Fati also suffered a fresh injury blow.

Barcelona’s new No10 fired the visitors ahead with just five minutes on the clock.

Memphis Depay then gave his side a seemingly unassailable lead with ten minutes of the first half remaining.

However, Fati appeared to injure his hamstring and had to be taken off at the break.

The ace suffered a devastating knee injury in November last year which saw him sidelined for ten months.

And Xavi will be sweating on Fati’s fitness after the forward was handed a new six-year contract – with a mind-blowing £846million release clause – last month.

Out on the pitch, Fati’s injury appeared to rock Barca’s confidence and they found themselves conceding in the 52nd minute when ex-Liverpool man Iago Aspas pulled one back for Vigo.

Nolito, once of Man City, then netted another in the 74th minute to set up a tense finish.

But Barcelona could not hold their nerve as Aspas poked home a dramatic 96th minute equaliser to salvage a 3-3 draw for his team.

It was not the result Xavi was hoping for less than 24 hours after having his Nou Camp return finalised.

And with a tough run of fixtures coming up, including a league game with Villarreal and a Champions League clash against Bayern Munich, the legendary former midfielder will need to bed his tactics in quickly.