THE panto season was in full swing here.

Tottenham showed their poor form this season now looks to be behind them. 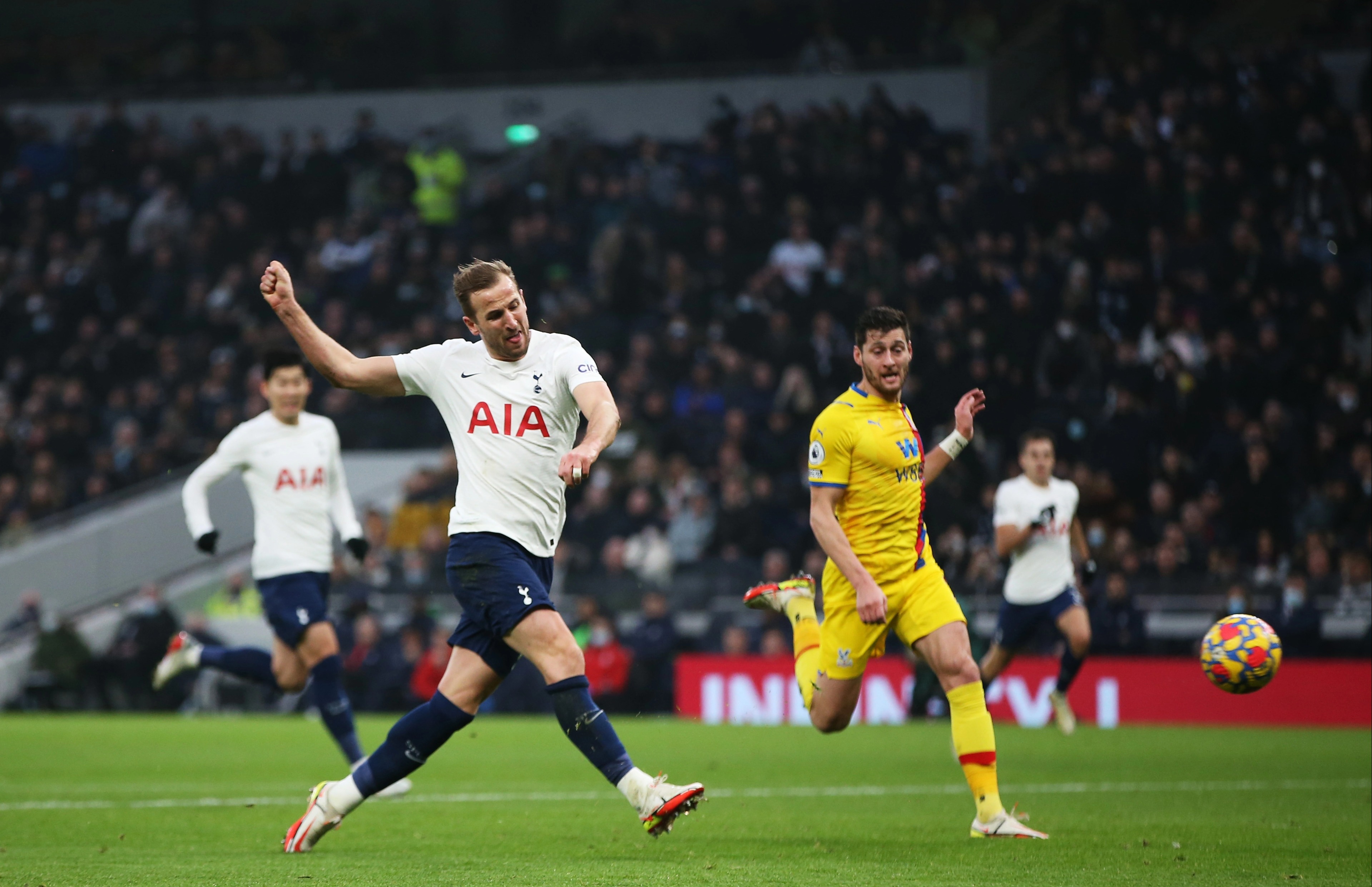 Palace were made to pay for defending like the back end of a horse.

And Eagles star Wilfried Zaha was the villain of the piece with a needless red card.

While if that was strange enough, the best player on show was Emerson Royal.

The Spurs wing-back sounds like a packet of cigarettes and has spent most of time at the club performing like an athlete on 30 a day,

But he had a hand in both first half goals as Antonio Conte extended his unbeaten Premier League run since taking over as Tottenham boss to six matches.

It was certainly one of those days in N17.

But the drama on the pitch was almost nothing to the pre-match theatrics off it.

Palace tried to get this match postponed after manager Patrick Vieira and several players tested positive for Covid.

But the Premier League refused their request, despite not publicly confirming its decision until just a little over two hours before kick off.

If that was not farcical enough, we then had the absurdity of “a public transport stadium” ahem, being served by no London Overground Trains to its two nearest stations. 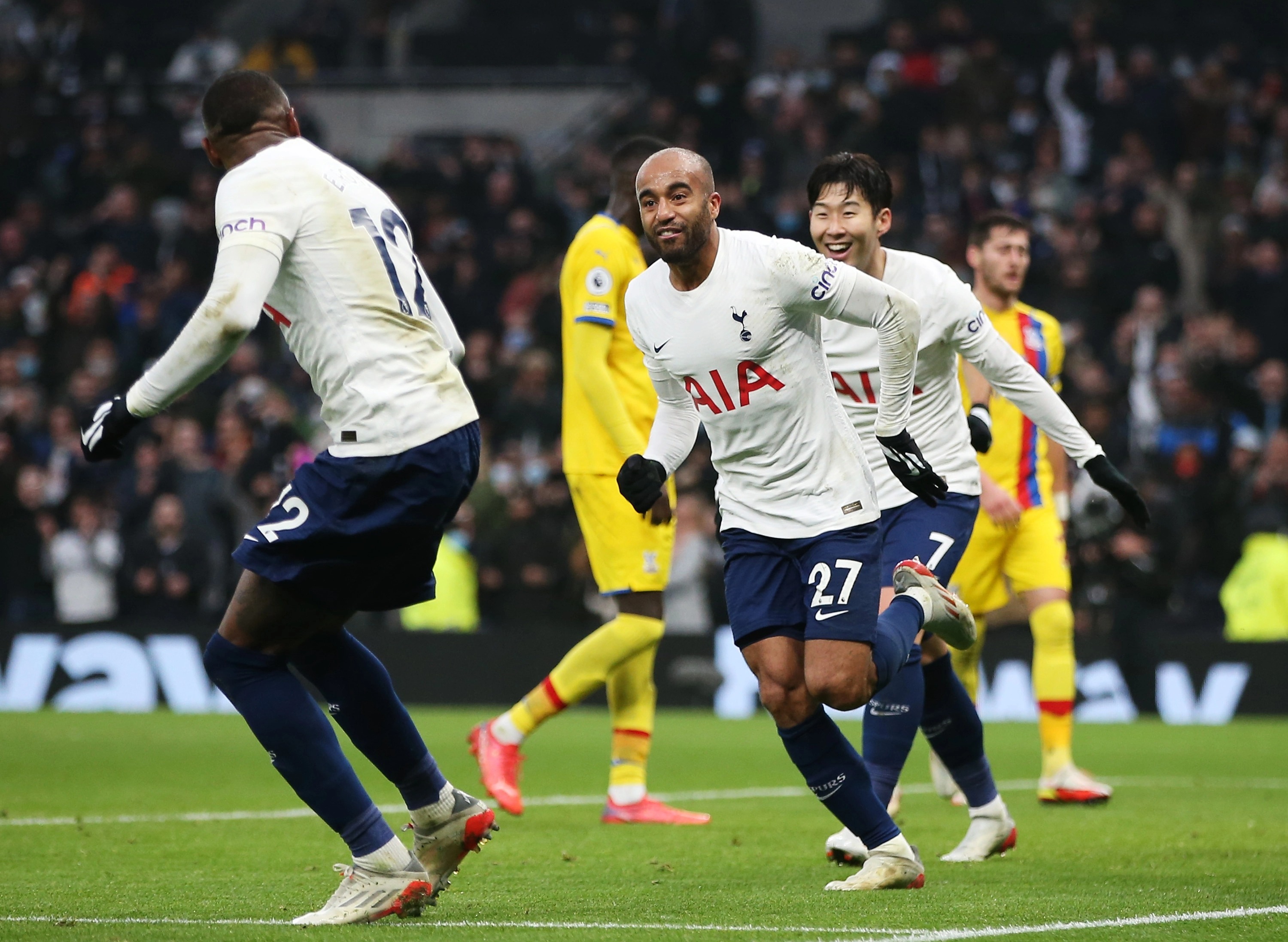 Moura made it 2-0 to Spurs shortly after Kane’s openerCredit: Getty 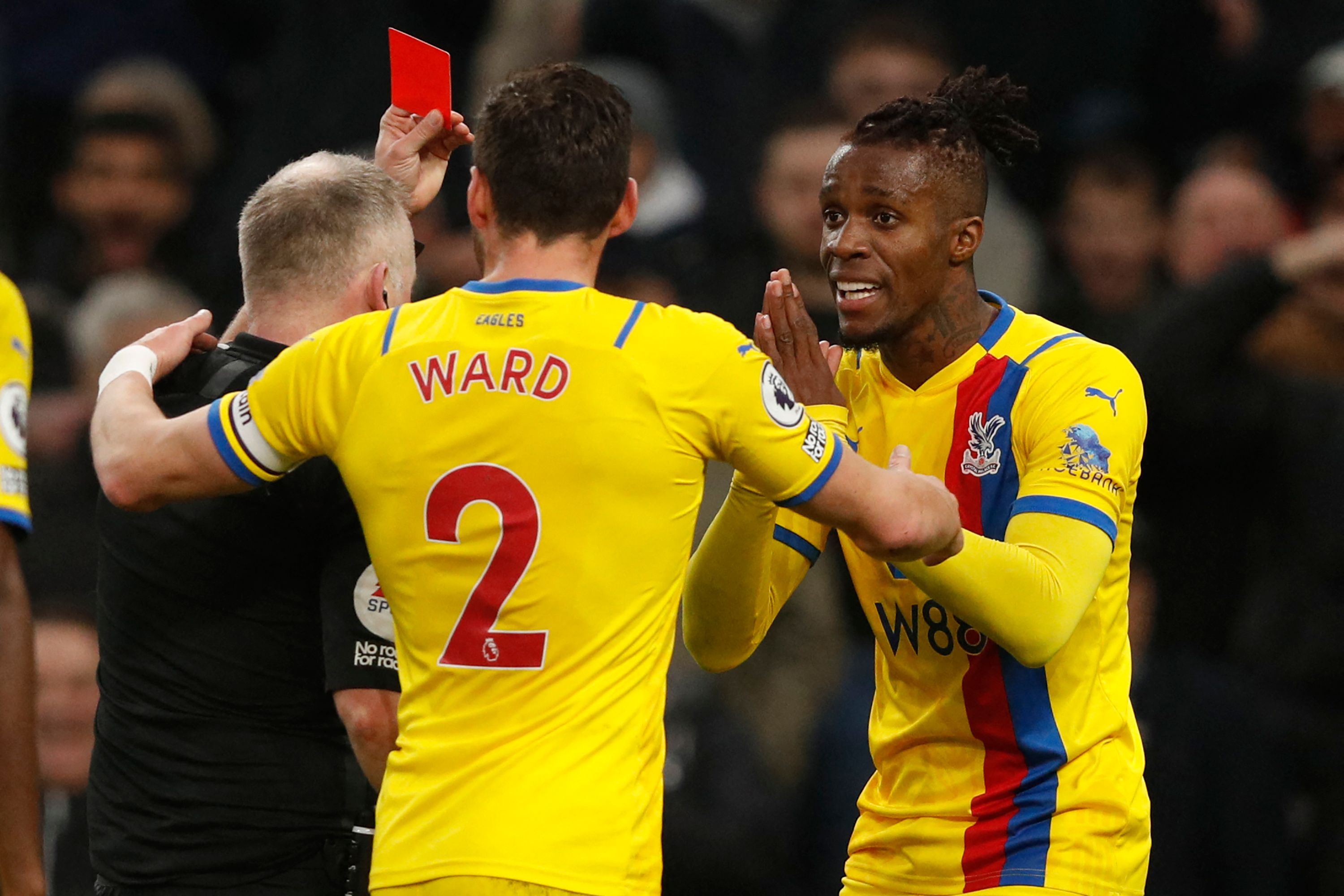 Wilfried Zaha was given his marching orders before half-timeCredit: AFP

Unsurprisingly, there were many more empty seats inside the stadium than usual.

But you wonder why fans bothered turning up at all when the authorities treat them with such contempt.

Despite their bid to have this clash called off, Palace made one change from their team which started their 2-2 draw at home to Southampton in their last game on December 15.

Instead, it was the Frenchman’s No2 Osian Roberts who took temporary charge of the Eagles.

And it was the “depleted” visitors who had the first chance with Jordan Ayew blazing a shot over the bar inside the first minute. 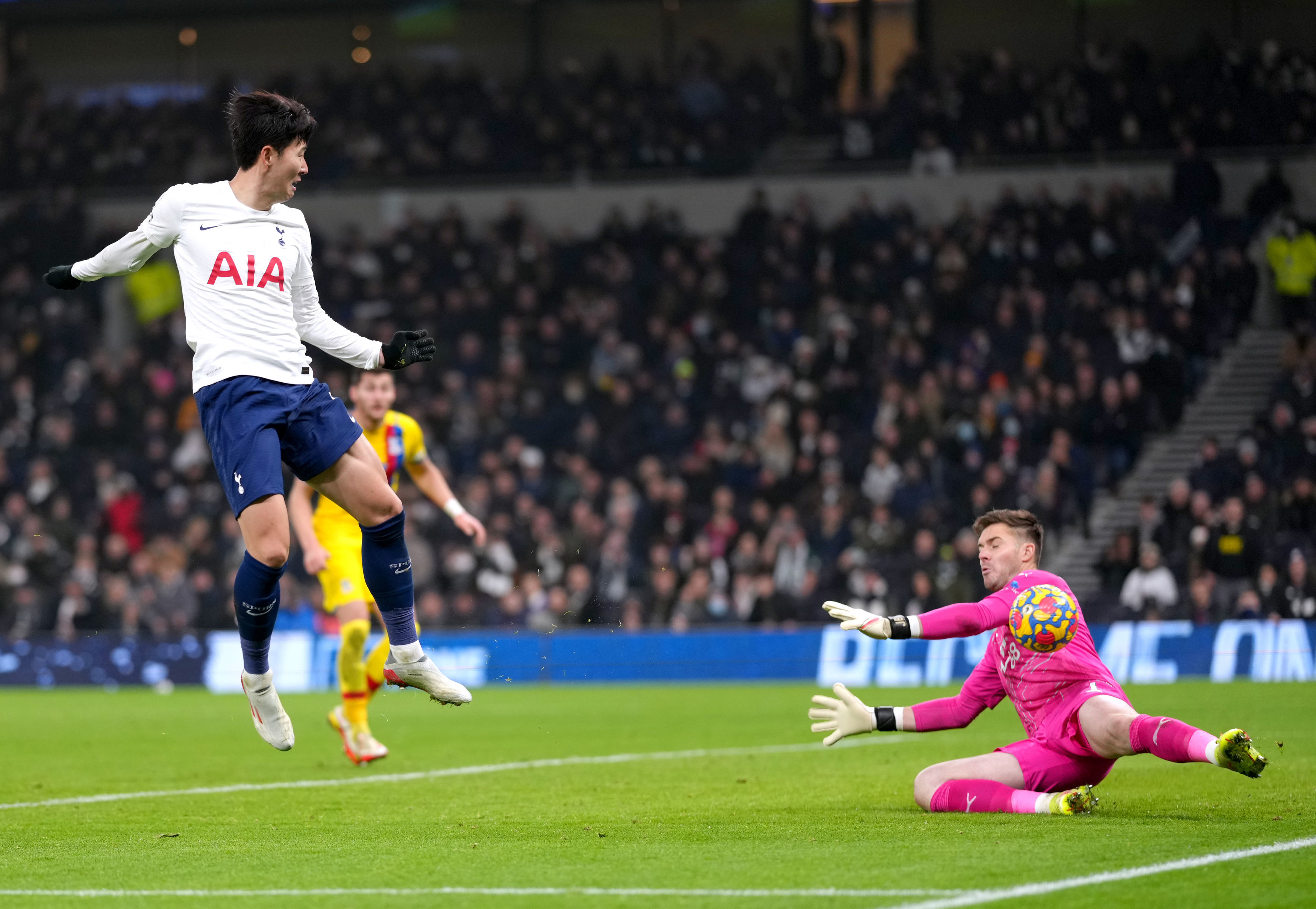 Son Heung-min made it three after the breakCredit: PA 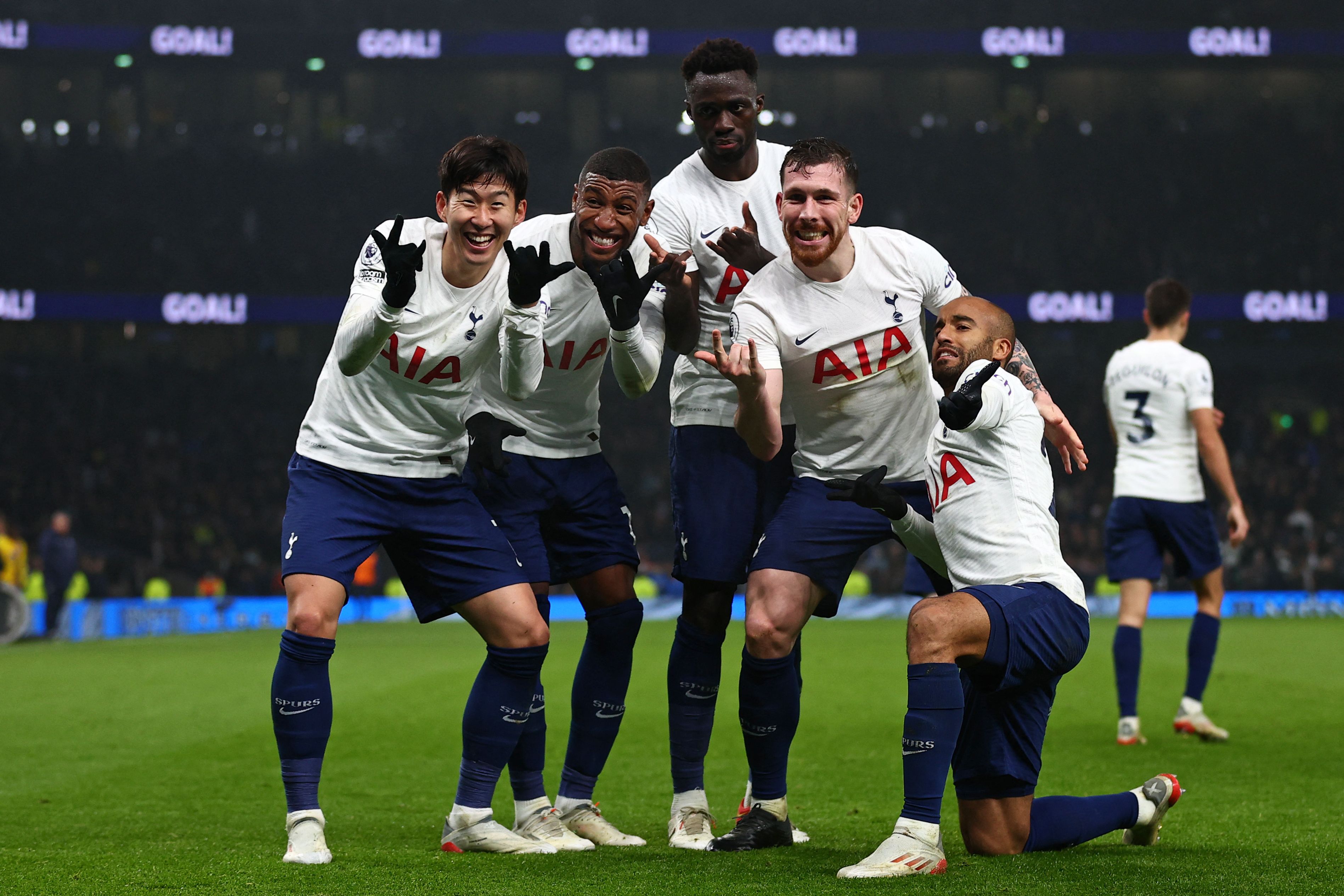 The South Korea forward celebrated with his Spurs team-mates

Tottenham, having only recently recovered from their own Covid outbreak, were only too happy to play, and understandably so.

Not only are rejuvenated Spurs on a brilliant recent run under Conte but they are now unbeaten in 15 League fixtures on Boxing Day – the longest ongoing run in the top four divisions.

Oliver Skipp then fired wide from the edge of the area after Japhet Tanganga had seen his shot blocked.

The subdued atmosphere prompted an early chorus from the travelling Eagles fans of: “Is this the Emirates?”

Lucas Moura should have raised the roof in the 25th minute but he fluffed his near-post header from Sergio Reguilon’s cross when really he ought to have scored. 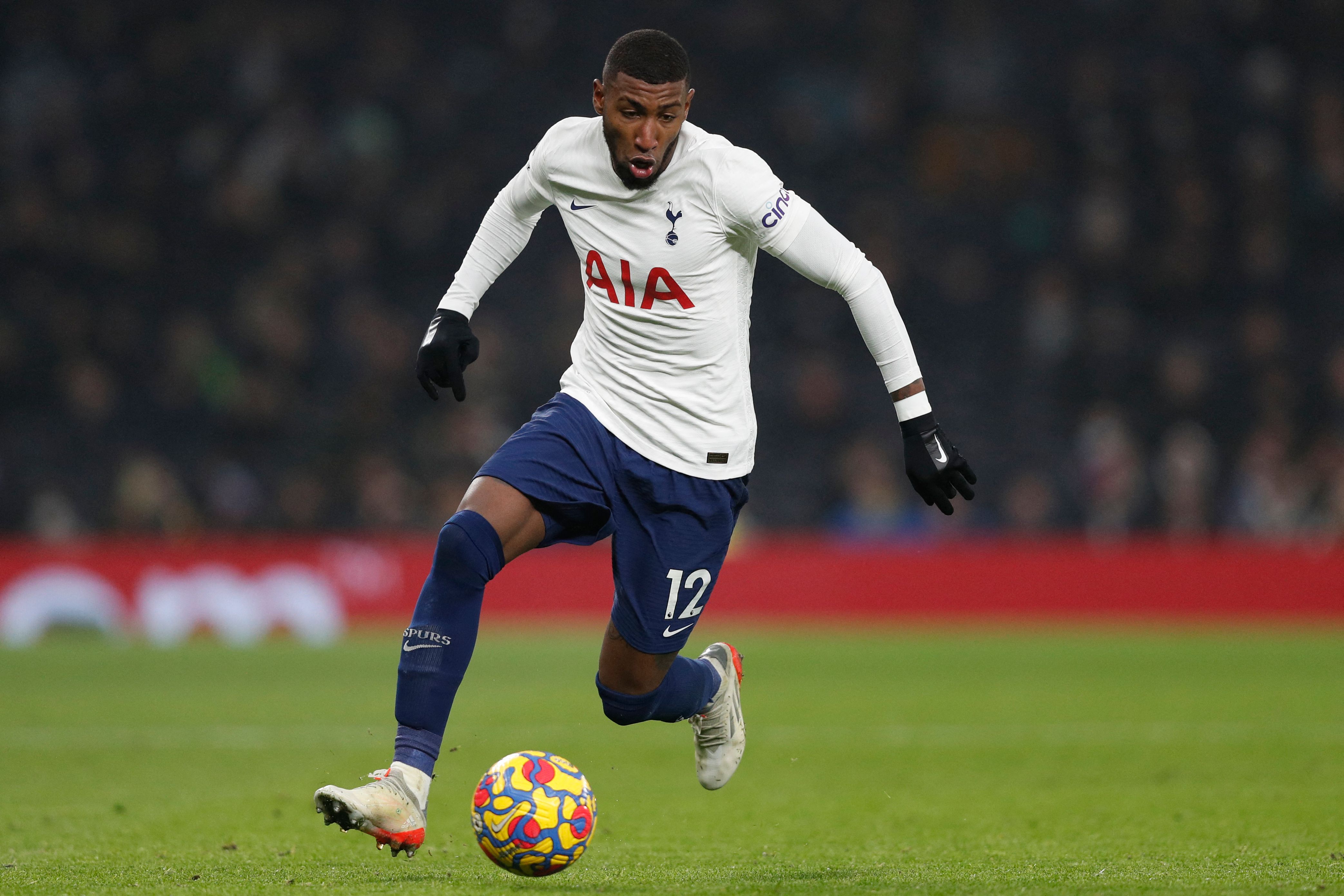 Harry Kane, a couple of outstanding crossfield passes apart, was having a quiet game in front of goal until Royal’s ball down the channel sent Moura clear down the right.

Moura’s pace was too much for the Palace defence as he centred for Kane to make it 1-0 to Spurs in the 32nd minute.

It was the ninth Boxing Day goal of Kane’s career making him the Premier League’s joint-highest scorer on the festive bank holiday alongside Robbie Fowler.

Two minutes later it was 2-0 as Royal crossed for Moura to head home.

Palace’s misery was compounded when Zaha, having already been shown a yellow card for an earlier foul on Davison Sanchez, was sent off in the 38th minute for shoving the same player to the floor.

There is no doubting Zaha’s talent but his temperament has long been decidedly suspect. 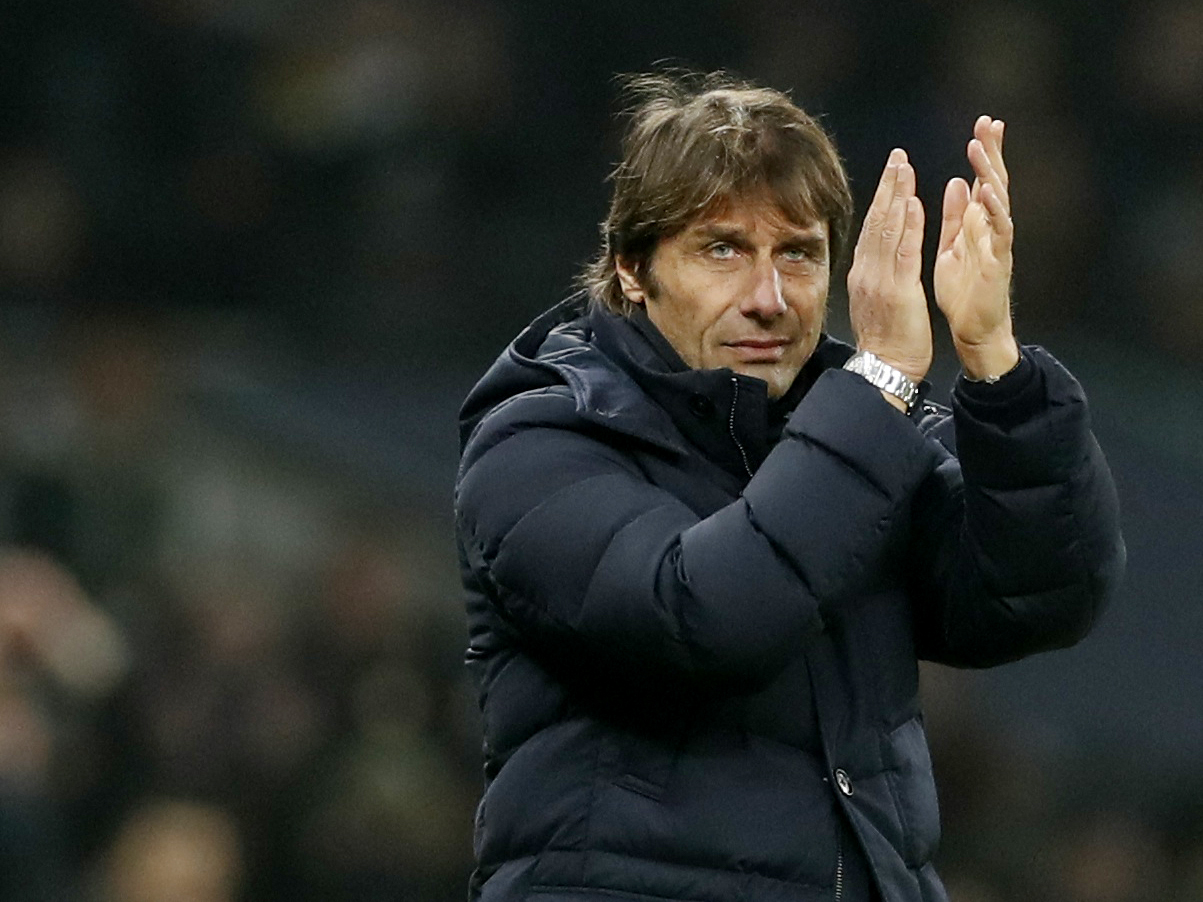 He plays regularly with his heart on his sleeve rather than with his brain in his head.

It is like he takes everything too personally. And while many Palace fans will love his passion, he quickly needs to learn how to park that emotion and keep a cool head before it costs them dear again.

Zaha would have only just got back in the away dressing room when Royal had a header saved by Butland.

Kane glanced a header over the bar after the break before being subbed with Steven Bergwijn.

Son made it 3-0 in the 74th minute when he flicked in Moura’s cross and was promptly replaced by Bryan Gil with Tuesday’s trip to Southampton clearly on the mind of manager Conte.

Tottenham keeper and captain Hugo Lloris had a largely untroubled afternoon on his 35th birthday.

Unlike the thousands of fans who no doubt ended up queuing into the night for a bus or Boris bike.