LUIS ENRIQUE insists his three-year pursuit of Aymeric Laporte is finally paying dividends as Spain look to shut out Italy at Wembley this evening.

Spain’s three-year pursuit of Aymeric Laporte is proving to have been worth the waitCredit: Reuters 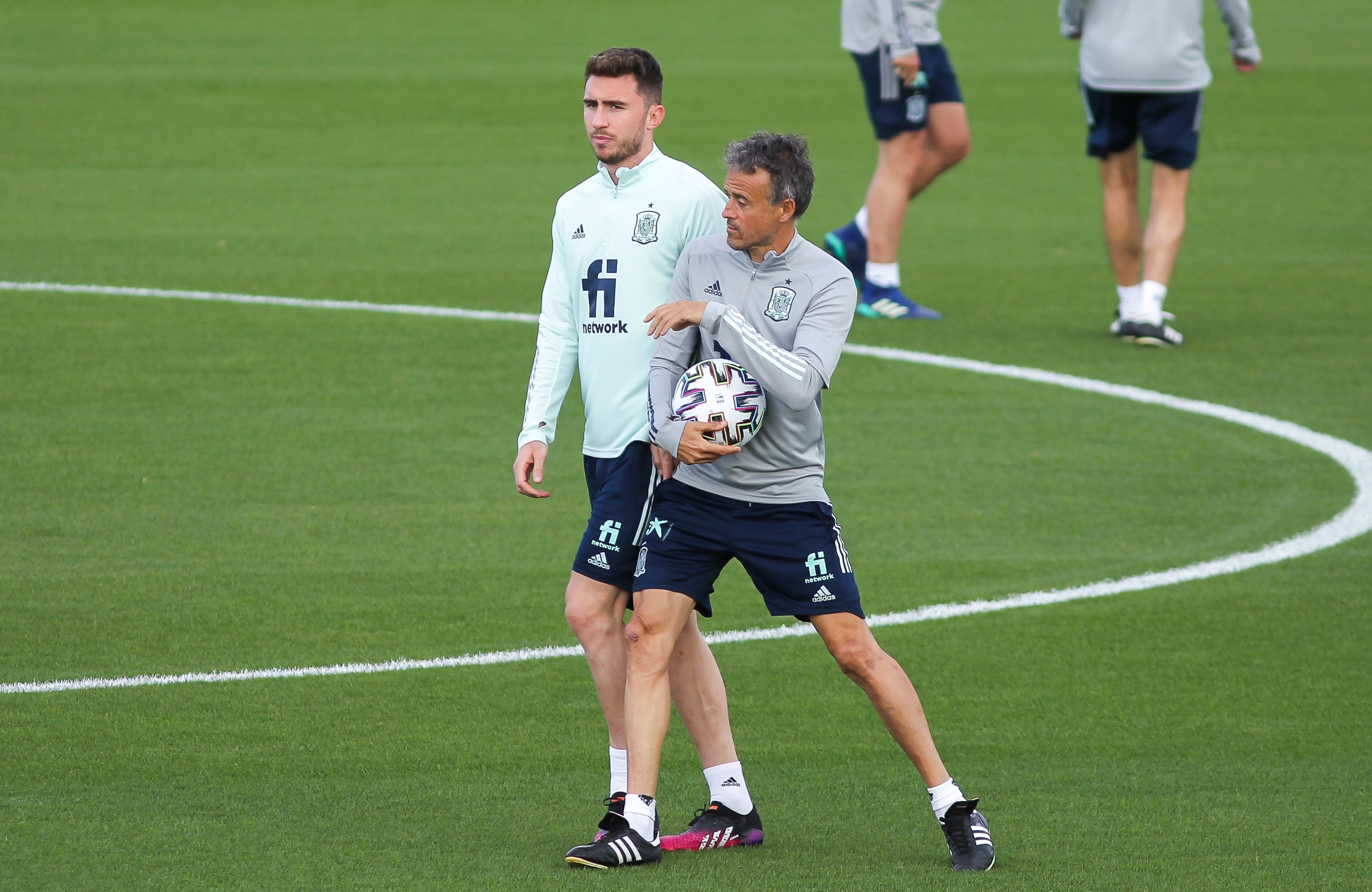 Luis Enrique has hailed the impact of the Man City star on his teamCredit: Getty

And he is the only defender to play in all of his new country’s games at these Euros after Real Madrid legend Sergio Ramos was sensationally left out of Enrique’s squad.

Laporte, 27, played more than 50 games for France at youth and under-21 level but never won a senior cap despite twice being called into Didier Deschamps’ squad in 2019.

But he had already been encouraged by conversations with Enrique, who was appointed Spanish national boss in 2018 and had urged Laporte to exploit his Basque heritage.

And all those plans finally came to fruition last month, when Laporte made his Spanish debut just ten days before their first Euro group game against Sweden.

Now Enrique says: “As soon as Aymeric was able to play for us he began to make a huge contribution. He is a top player in both the attacking and defensive phases.

“We need someone with composure to bring the ball out from the back and pick up the free man in the midfield line.

“He is strong in the air, he is good with both feet, physically strong, quick and has very good covering play.

“He is an excellent defender and we are all delighted that he has decided to play for Spain.” 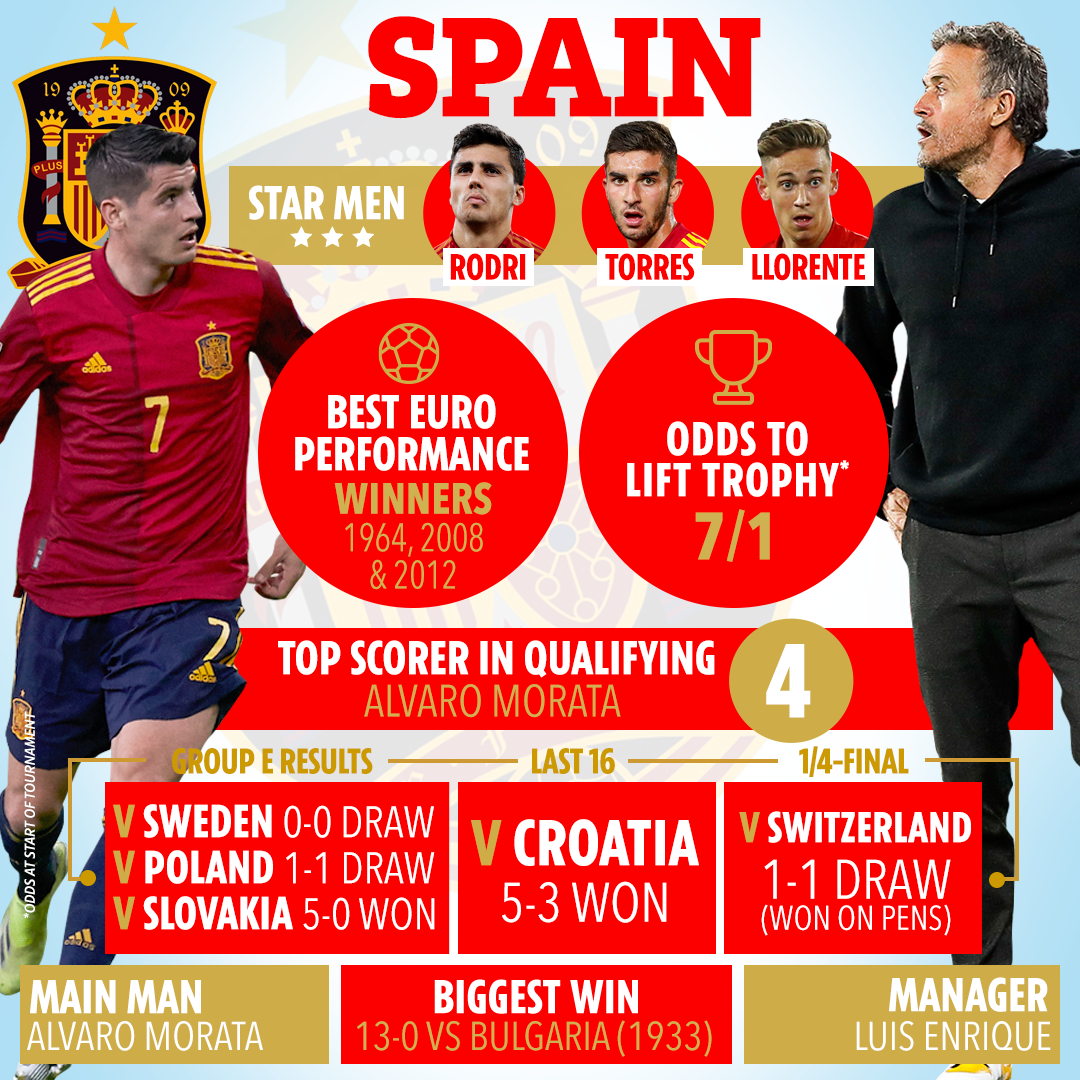 Laporte moved to Spain as a 16-year-old and spent eight years with Athletic Bilbao before joining City in a £57million deal in January 2018.

And he instantly caught the eye of Enrique, who had remained close with Pep Guardiola from their time together at Barcelona.

Enrique won 62 caps for Spain as a player but never participated in a major final for his country.

His most painful memory came in the 1994 World Cup semi-final defeat by Italy, when he had his nose broken by an elbow from Mauro Tassotti.

“There is no unfinished business there,” he insisted. “That was a very long time ago and I have been able to speak with Tassotti a few times over the years.

“I have wonderful memories of the Italian people and of my time in Italy as the coach of Roma.

“If you remember, Roma wanted me to stay but I made the decision to leave so I have nothing to prove to the Italians.

“It’s always lovely to come up against the Azzurri and if they are the worthy winners of this game then I will be cheering them on in the final.”

Enrique’s first match in charge as Spanish national boss was a 2-1 win against England at Wembley in the Nations League in 2018.

But he was unable to put his team through their paces at the famous stadium last night and said: “They have played plenty of games at Wembley and they wanted to preserve the pitch.

“It was a shame we couldn’t train there because that is always a great session for the players, but I understand that the main priority is to maintain the quality of the grass.

“It will be a strange situation to have 60,000 people at Wembley for this game and I would hope that there will be more Spanish and Italians than English there.

“But this is one of those things that I cannot control so I am not going to spend an ounce of energy worrying about that.

“I would love the situation to be different but that is what it is.”