SPAIN star Jose Gaya had to be replaced by Tottenham defender Sergio Reguillon after a nasty clash of heads with Holland’s Hans Hateboer.

The Valencia star needed to be helped from the pitch where he received stitches after the blow. 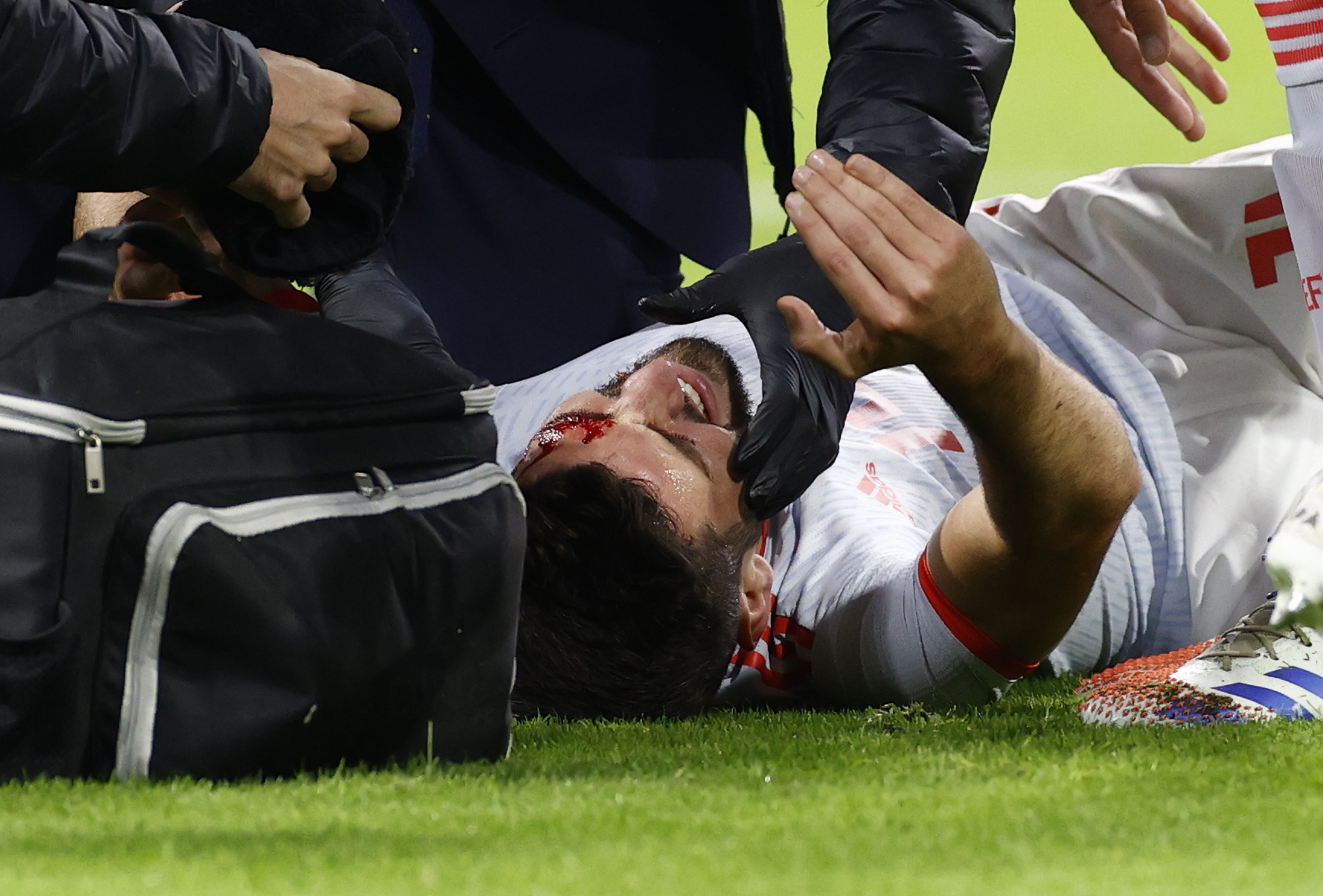 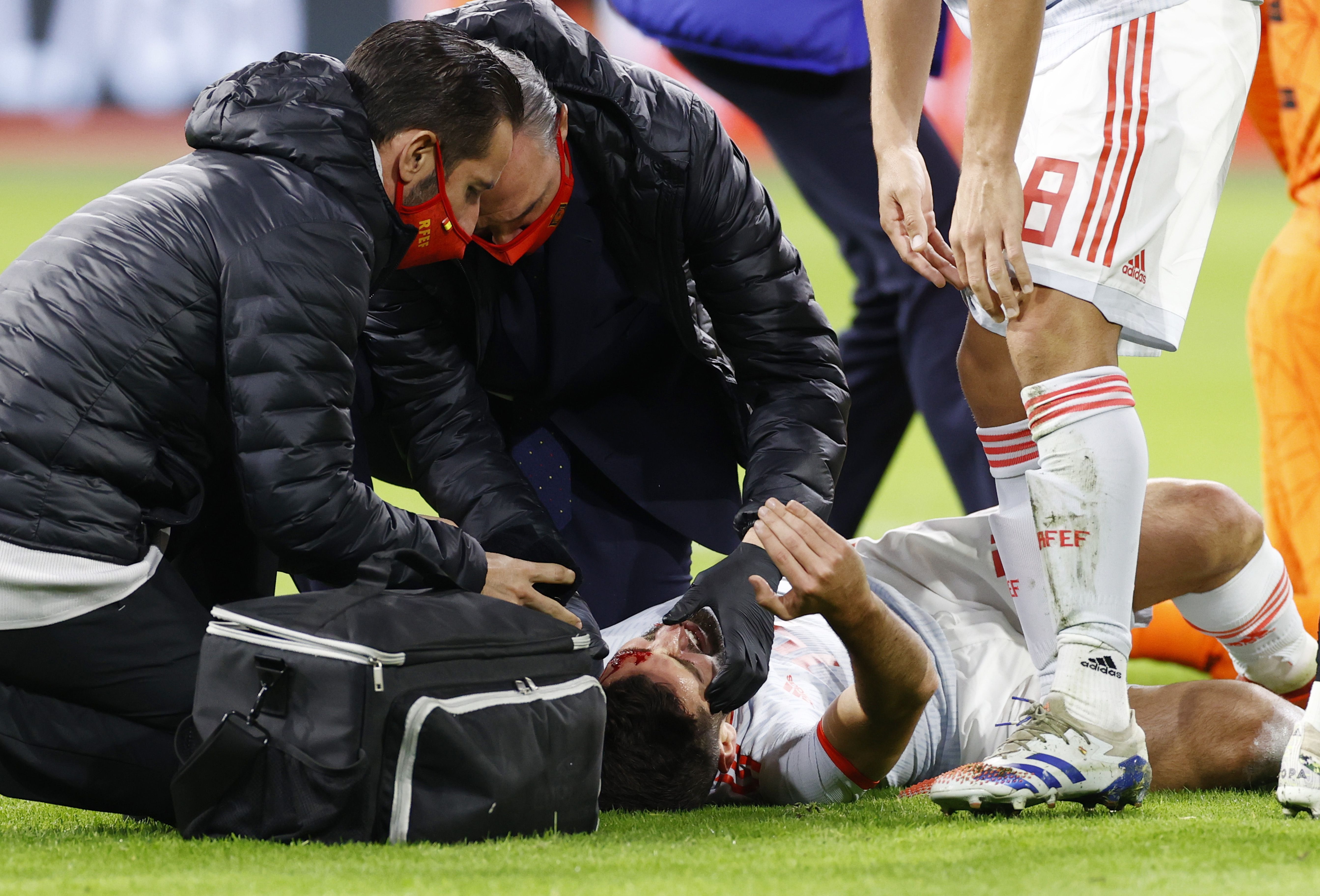 The Spaniards were leading 1-0 thanks to Setgio Canales’ goal when the incident occurred just before the half hour mark.

Spain’s official Twitter account posted an update which read: “Gaya suffered a contusion (blunt incision) on his left eyebrow that has caused a gap.

“The wound has required stitches. Progress will be assessed in the next few hours.”

The 25-year-old was pictured on the ground with blood pouring from the wound on his face.

Hateboer made sure to check the Spaniard was OK as he made his way off the field.

The situation is not ideal for Jose Mourinho whose first choice left-back Reguillon will be playing more international minutes than the Spaniards had initially planned.

Mourinho has been vocal in his criticism of the packed schedule in recent weeks and has caused friction with several international managers.

He went head-to-head with Gareth Southgate urging him to look after Harry Kane.

And the Portuguese also expressed concern over Gareth Bale playing for Wales as one of their coaches works for Arsenal.

The centre-back, 25, lasted just six minutes before he stopped running and clutched his hamstring.

Ake left the pitch before being replaced by Ajax’s Daley Blind.

And City now face an anxious wait to see if Ake has sustained a serious injury.