GARETH SOUTHGATE was only 35 when Steve Gibson promoted him from captain to become Middlesbrough’s manager 15 years ago.

The rookie boss became the youngest in the Premier League in 2006 and initially he could only sign a 12-week deal because he did not have the Uefa Pro licence.

Yet even then, Boro midfielder George Boateng recognised his fresh-faced, fledgling boss was destined for greatness.

The Dutchman, now 45, inherited Southgate’s captain’s armband and saw the boss learning his trade in the toughest league in the world.

But Southgate also had the guts to take the captaincy off Boateng — his most senior player — once he decided it would benefit Boro.

Now coach of Aston Villa’s Under-23s, Boateng says there is no better man to lead the Three Lions into their first European Championship final than his former team-mate and gaffer.

He said: “Gareth would admit he found the early days of his coaching career very difficult — but who doesn’t?

“I am in the early days of my coaching career and even with youngsters it’s not easy as you’re learning your trade from a different perspective.

“What made it even more difficult for Gareth was the fact he was managing players he had just played with, for five to six years in some cases.” 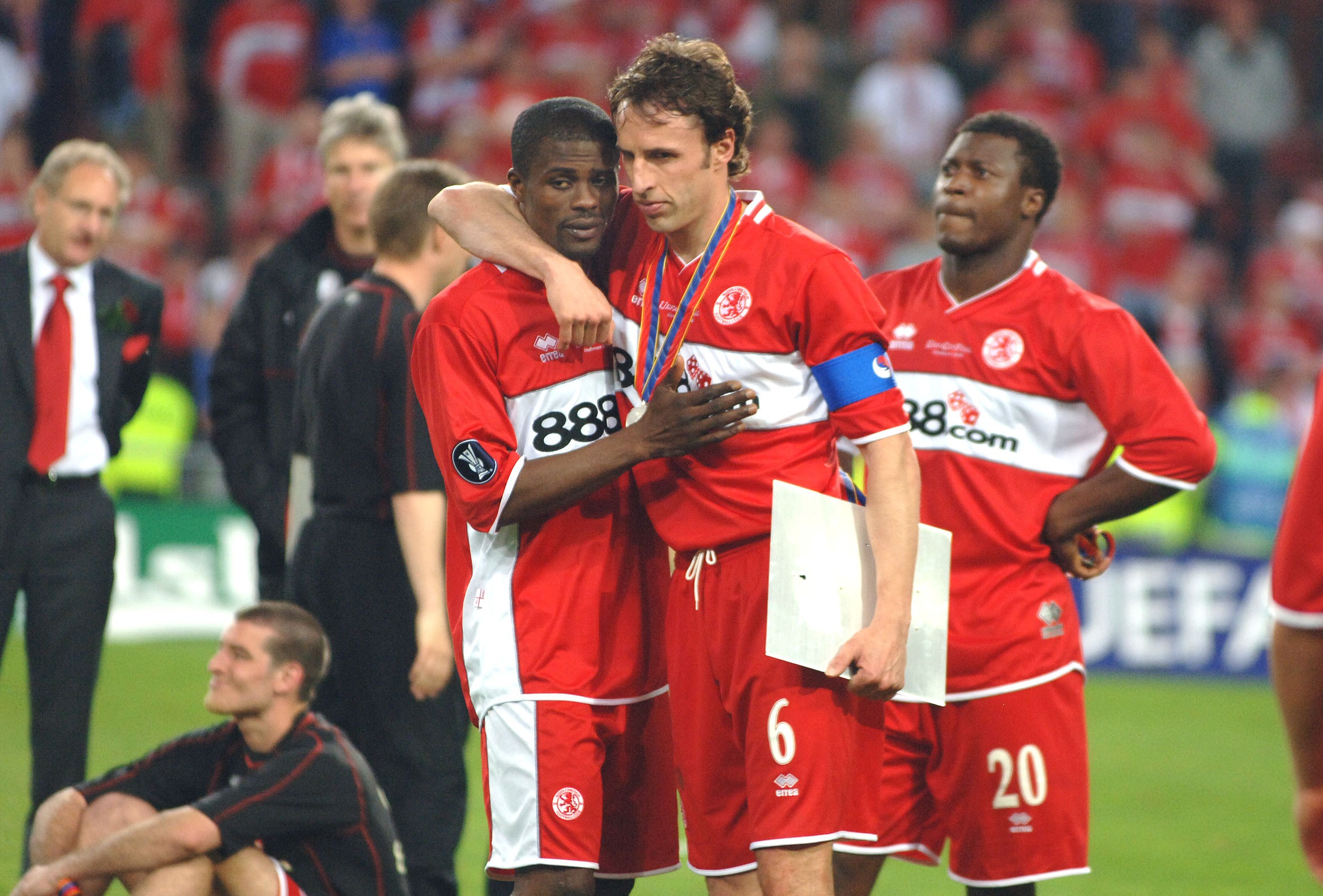 George Boateng knew Southgate was going to rise to the very topCredit: Rex 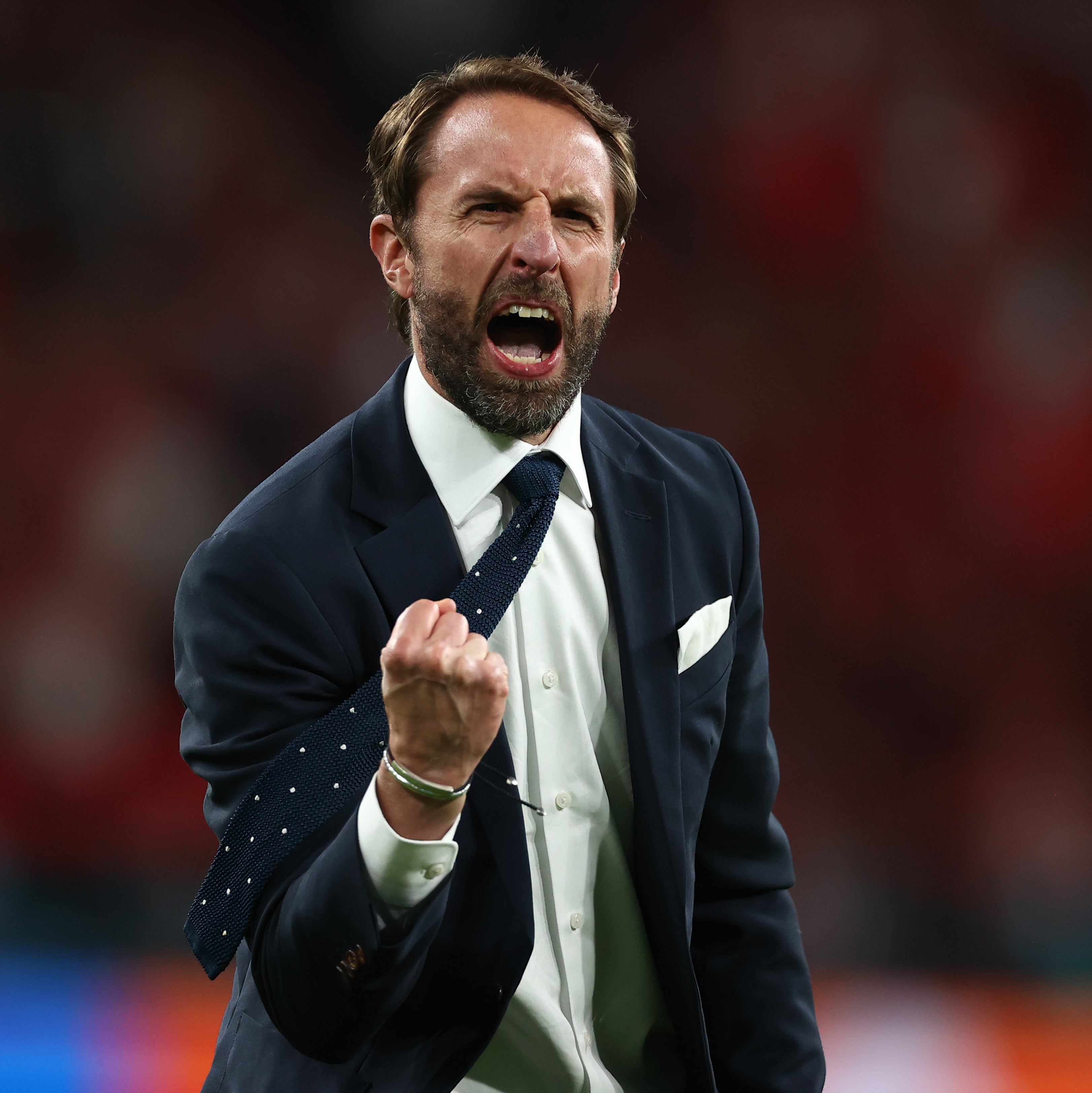 The England boss is now on the brink of greatnessCredit: The Sun

Boateng believes Southgate survived those difficult first months at Boro because he earned the respect of his players — something he has continued with England.

He revealed: “Gareth was very much a man-management coach from the start.

“His door was always open and whether it was a personal issue or an on-field issue — you could always speak to Gareth.

“It didn’t matter if you were a youngster or a veteran pro, the great thing about Gareth is how approachable and likeable he is.

“When a player goes in to see a manager there is always a barrier as they hold all the power.

“But even in his early days Gareth removed that barrier. He’d make time for the least important member of the squad and treat him like the most important.

“He was the good cop and, as captain, I was kind of the bad cop!

“I had tunnel vision for performances with no room for failure. 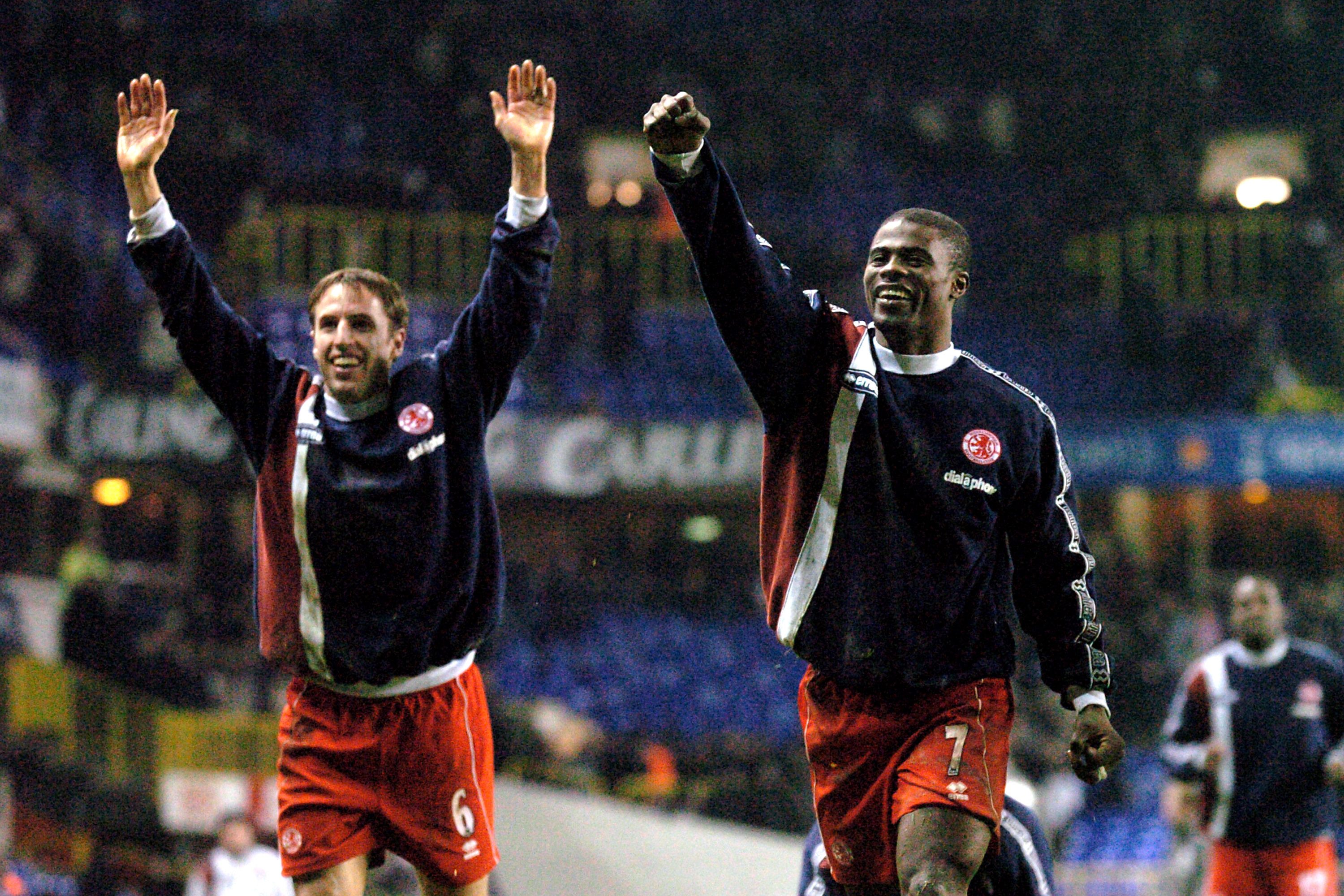 Southgate took the captaincy from Boateng when he became Boro bossCredit: PA

“I fell out with our striker Joseph-Desire Job once because he made a mistake at a set-piece and we conceded a goal.

“I was livid and so angry with Jo that after the game he went to Gareth and said, ‘Please have a word with George because he’s still giving me the eye’.

“So I spoke to him and we made up — but if it hadn’t been for Gareth I’d probably still be angry with Joseph to this day!

“It’s the same with England, where he has managed to get everyone on board, playing together as a team. The players trust Gareth and he trusts them.”

That bond allowed Southgate to take off Jack Grealish in the semi-final win over Denmark, even though the Aston Villa midfielder had come on as a sub himself.

Southgate also took the decision to remove Boateng as captain when he felt it was affecting his — and Boro’s — game.

Boateng added: “It was difficult for both of us. He was an inexperienced boss and I was an experienced player. He felt I was taking on too much off the park.

“We were a family club and I wanted to organise two Christmas events — one for the players and another involving the girlfriends, wives and children. You can imagine the organisation involved.

“Gareth appreciated what I was trying to achieve but felt it was affecting my form.

“It wasn’t a one-off conversation, he had three meetings with me and he was open and honest.

“He basically said he would let someone else take care of the armband but he still wanted me to keep the group together.

“I’m a team player and I realised if it was best for the club, then so be it and so I agreed, even though it hurt at the time.

“But at the end of my second season under Gareth I left, after six seasons with Boro.

“We had an exciting crop of young players and, at 32, I realised the club wanted to go with the kids and I wasn’t certain to start.

“Gareth wanted to keep me but the decision was ultimately made between me and the club and I left, along with other big earners like keeper Mark Schwarzer.

“Too much experience was lost and the following season the team suffered and Gareth was sacked.

“My final game for Middlesbrough was an 8-1 home win over Manchester City in the last game of the season — which also turned out to be Sven-Goran Eriksson’s last game in charge of City.

“So much for Gareth being a cautious, ‘boring’ boss!”