GARETH SOUTHGATE has been told by FA chiefs they have full faith in his England leadership.

The Three Lions boss was jeered by fans during last week’s 4-0 Nations League defeat to Hungary and faced questions over his future.

The FA believe England boss Gareth Southgate has transformed the culture in the squadCredit: Getty

Southgate admitted he would not “outstay” his welcome if he believed he had lost support, despite signing a new deal taking him up to Euro 2024.

But FA chairwoman Debbie Hewitt said: “Gareth is, on the pitch, the most successful England manager that we have had in 55 years.

“He has taken us to a World Cup semi-final and final of the Euros.

“So the question of his contract is a bit of a red herring in a sense – because I don’t think we would be discussing it had we not had the recent series of games.” 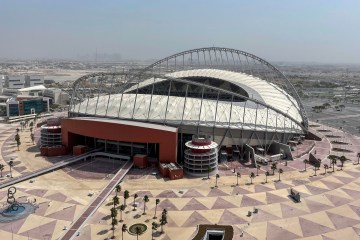 Hewitt said the “stumble” against the Hungarians had not changed the high regard Southgate is held in at the FA.

She said: “I have spoken to him, yes, and his reaction, as in everything with that sort of conversation, was that it is his accountability and there’s always something to learn.

“That’s why it’s refreshing working with somebody like that because that openness to learn is quite remarkable and quite unusual in any sphere.”

And Hewitt, who became the first woman to chair the FA when she was appointed to the position 12 months ago, believes former England Under-21s boss Southgate has transformed the senior side.

She added: “The bit that people don’t see so much is Gareth in the camp and the culture he has created and the pride they have in playing for England.

“Prior to Gareth being appointed the manager of England there was not the pride of wearing the England shirt and there were the club rivalries that we would read about with players not getting on.

“He has changed that beyond recognition and I have seen that first-hand for myself.”