SOUTHAMPTON’S Tino Livramento has summed up his explosive start to life in the Premier League in one word — ‘crazy’!

Crazy to be thrown in at Everton on the opening day for his top-flight debut having only had a week of training with his new team-mates. 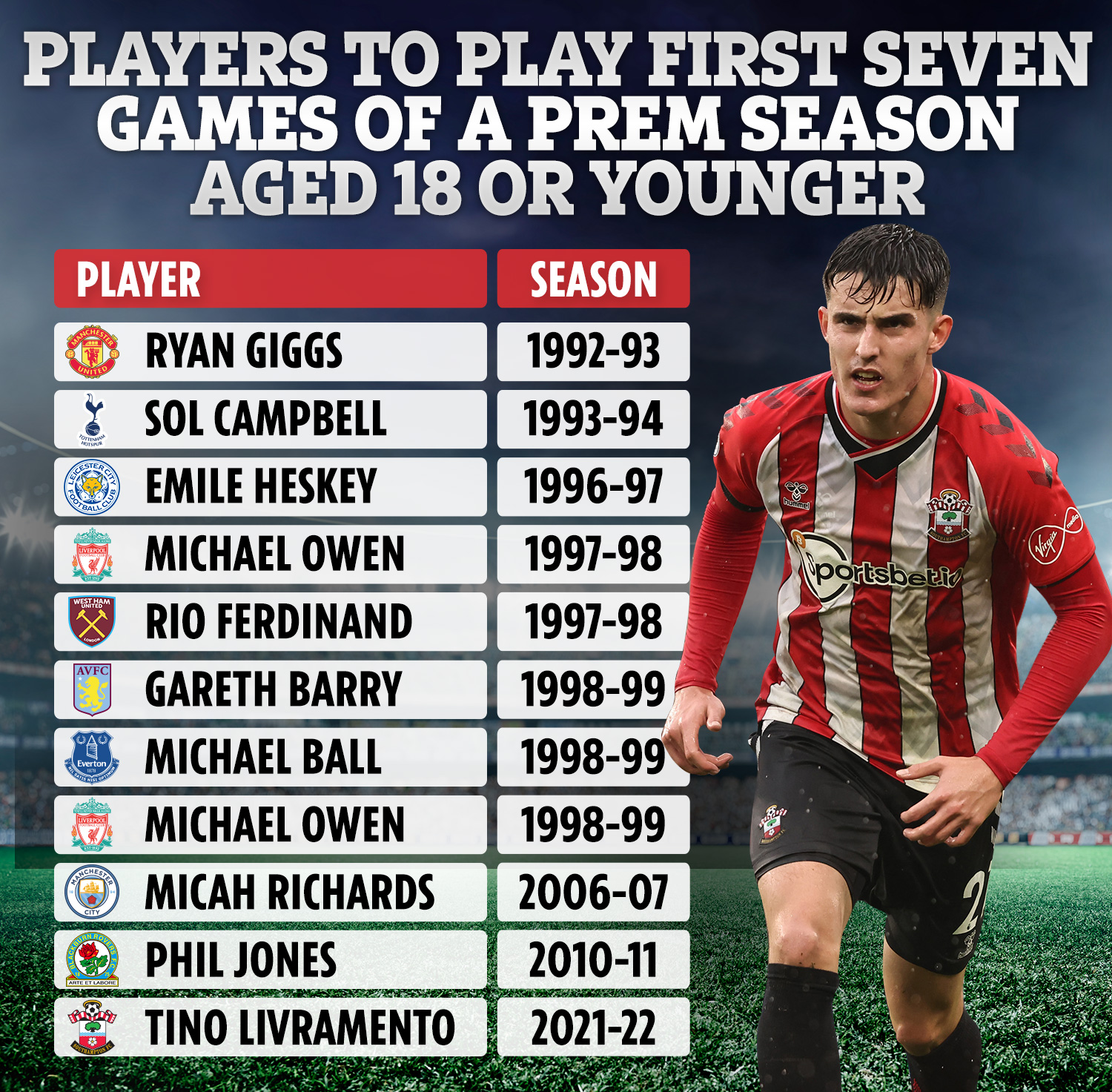 Crazy to go back to Stamford Bridge on Saturday and look over to the seats where he used to sit as a season-ticket holder, having won a penalty.

And crazy for his mum to hear her son’s name be chanted by an instantly-adoring Saints crowd.

The teenager said: “It’s been a crazy couple of months and I haven’t had time to sit back and take in what has happened.

“I feel like it is better like that, I can just keep my head down and keep on taking every step and challenge as it comes.”

That approach certainly seems to be working for the Croydon lad who is with the England Under-21s ahead of their Euro qualifiers in Slovenia on Thursday and Andorra on Monday.

Livramento, 18, was named Chelsea’s academy player of the year last season but decided to leave to progress his career with top-flight game-time now.

Saints beat off competition from Brighton and a host of other clubs from home and abroad to sign him.

He was not expecting to start Prem matches from day one.

But boss Ralph Hasenhuttl bucked his own trend of giving new signings an eternity to settle by starting him at Goodison Park on August 14 — and every league game since.

He is the just the tenth star aged 18 or under to play the first seven matches of a Prem season, joining the likes of Ryan Giggs, Michael Owen and Rio Ferdinand.

The whizkid has shone in the big games, with excellent displays away at Manchester City and Stamford Bridge.

An image of him leaving Brazil international Fred on his backside with a barnstorming run against Manchester United went viral, to the point where Livramento’s brother showed him it.  “A bit weird,” the player observed.

Winning the spot-kick in the 3-1 loss at Chelsea was surreal, given how many times he had watched on from his seat.

He said: “I grew up a fan and never played at Stamford Bridge in a competitive game. 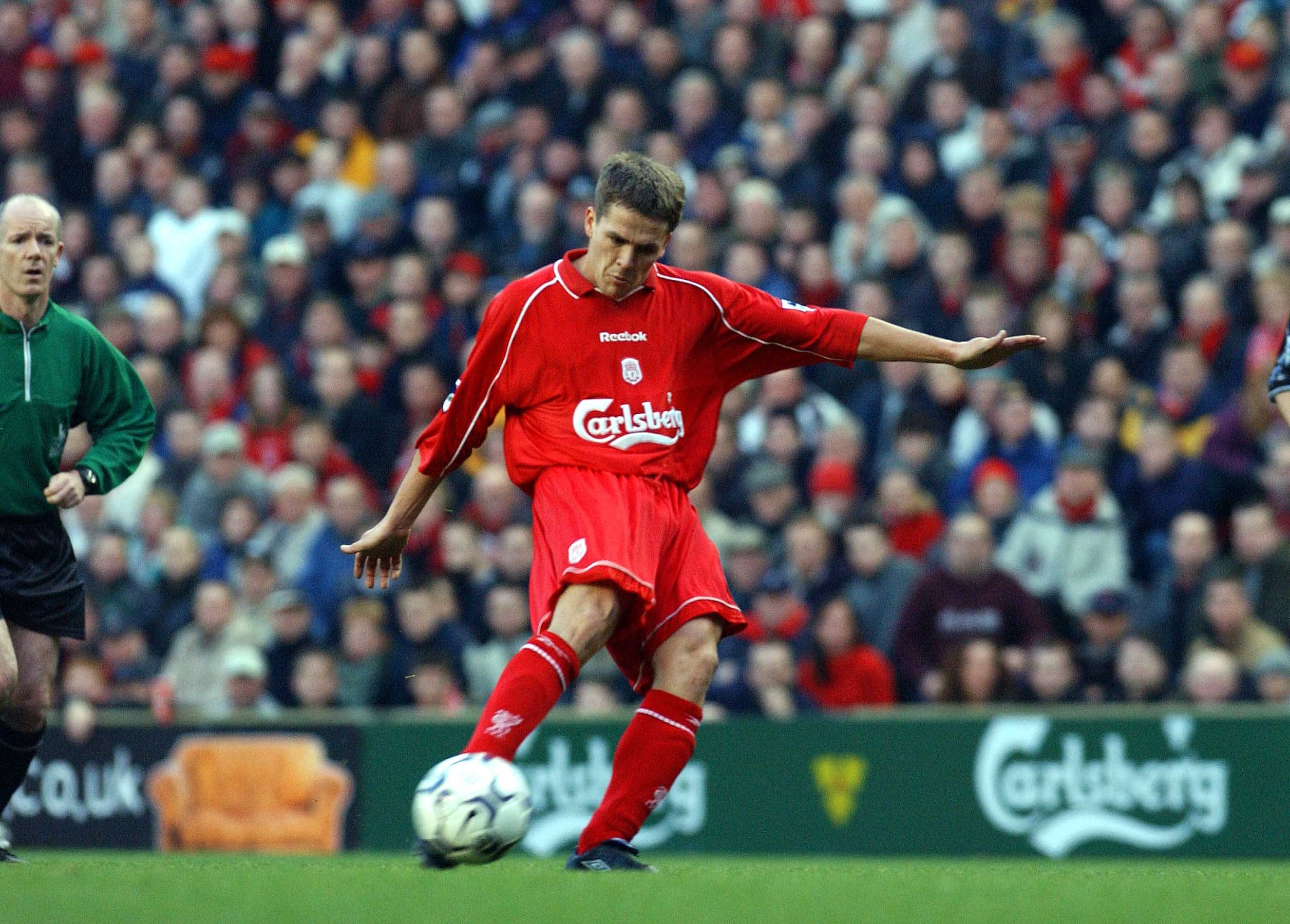 Michael Owen was a teen sensation when the burst on the scene with LiverpoolCredit: Times Newspapers Ltd 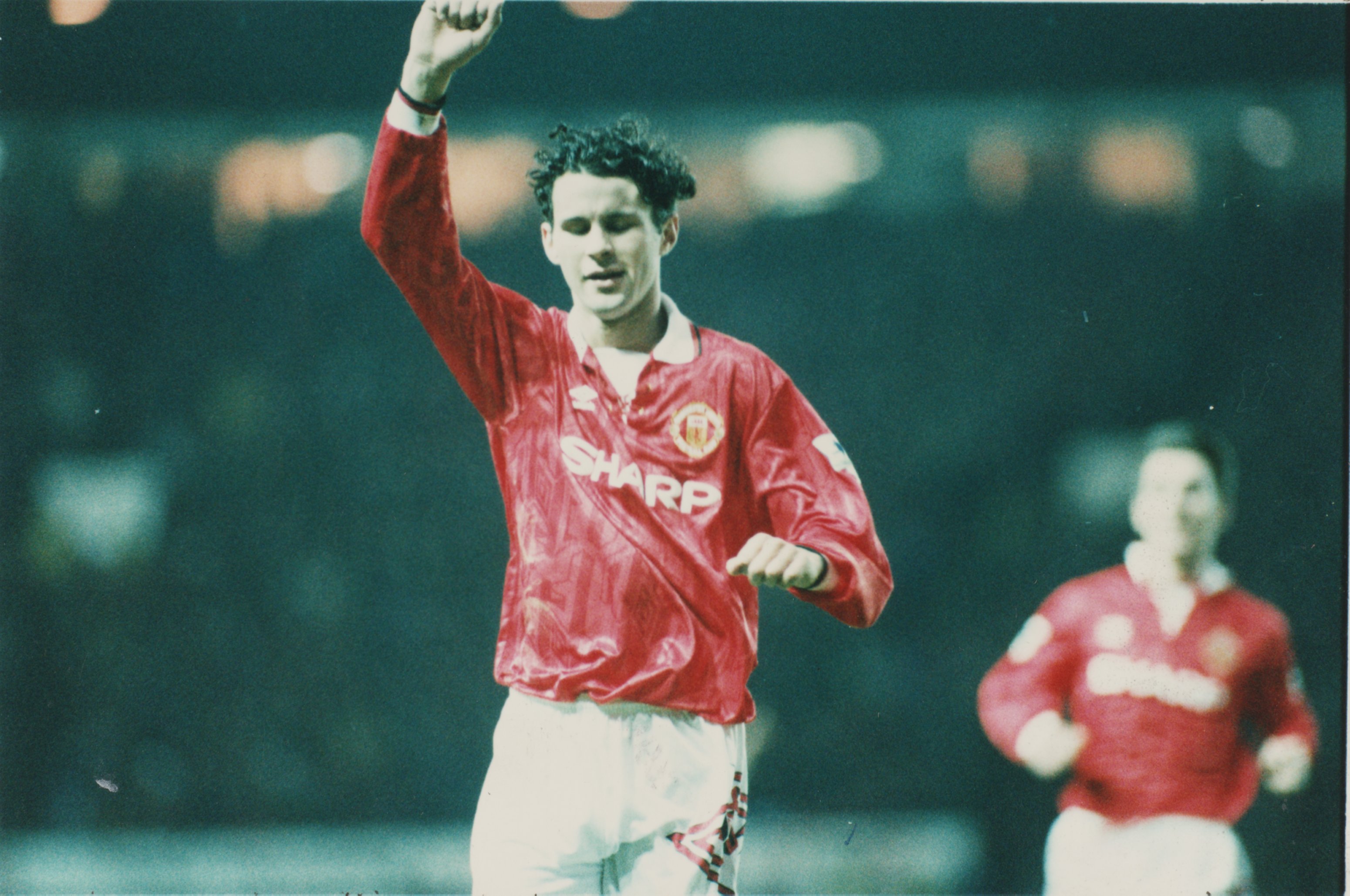 “It was a bit weird but I just enjoyed it that bit more playing against Chelsea and people I have trained against.

“I had a season-ticket there for three years and my dad and brother still go.

“When I won the penalty I tried to find my dad and brother but I couldn’t see them.”

Livramento sees Reece James as an inspiration and with a £40million buy-back clause, it is not out of the question that he one day returns to Chelsea to compete with the right-back.

It says a lot about his talent that he already looks like Southampton’s best player.

Livramento added: “The fans are always so nice. When my mum comes to games and hears the way they chant my name she finds it a bit crazy.

“There’s not been one pinch-me moment — but playing in all these stadiums you’ve been watching growing up — it’s kind of surreal.”