THERE are some huge decisions for Mikel Arteta ahead of Thursday’s Slavia Prague clash but we fickle fans demonstrate it is not easy being the boss.

Despite a formidable home record and some notable scalps in Europe, the Czech champions showed little to frighten Arsenal last week. 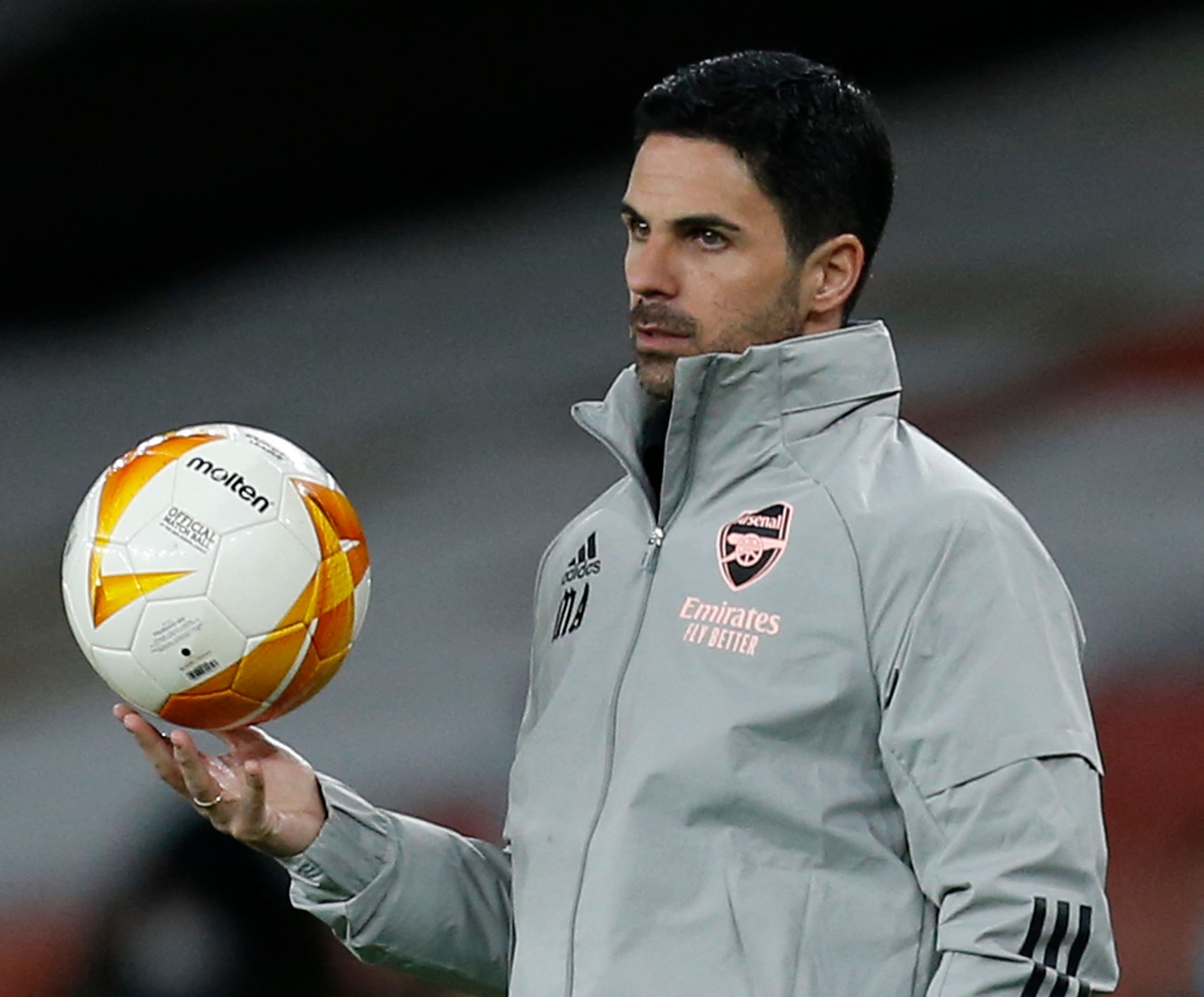 Mikel Arteta has some huge dilemmas to work out as Arsenal take on Slavia PragueCredit: AFP

The home draw was far more about Arteta’s team set-up, the failure to take well-created chances and, of course, the obligatory defensive lapse.

With the injuries in the squad and the sheer inconsistency of performances, both from individuals and the selected collective, how to approach the Europa League quarter-final second leg is far from straightforward.

I thought it might be somewhat amusing to run through the inconsistency of our own ‘selections’ and observations as supporters of late.

If you like, a light-hearted way to highlight the dilemmas…

Apparently, Sunday proved that Thomas Partey has been overshadowed by Granit Xhaka, as all our play comes through the Swiss.

It is all Xhaka’s fault for limiting the scope of Partey and as soon as he is not alongside him, we see the player we thought we had signed. 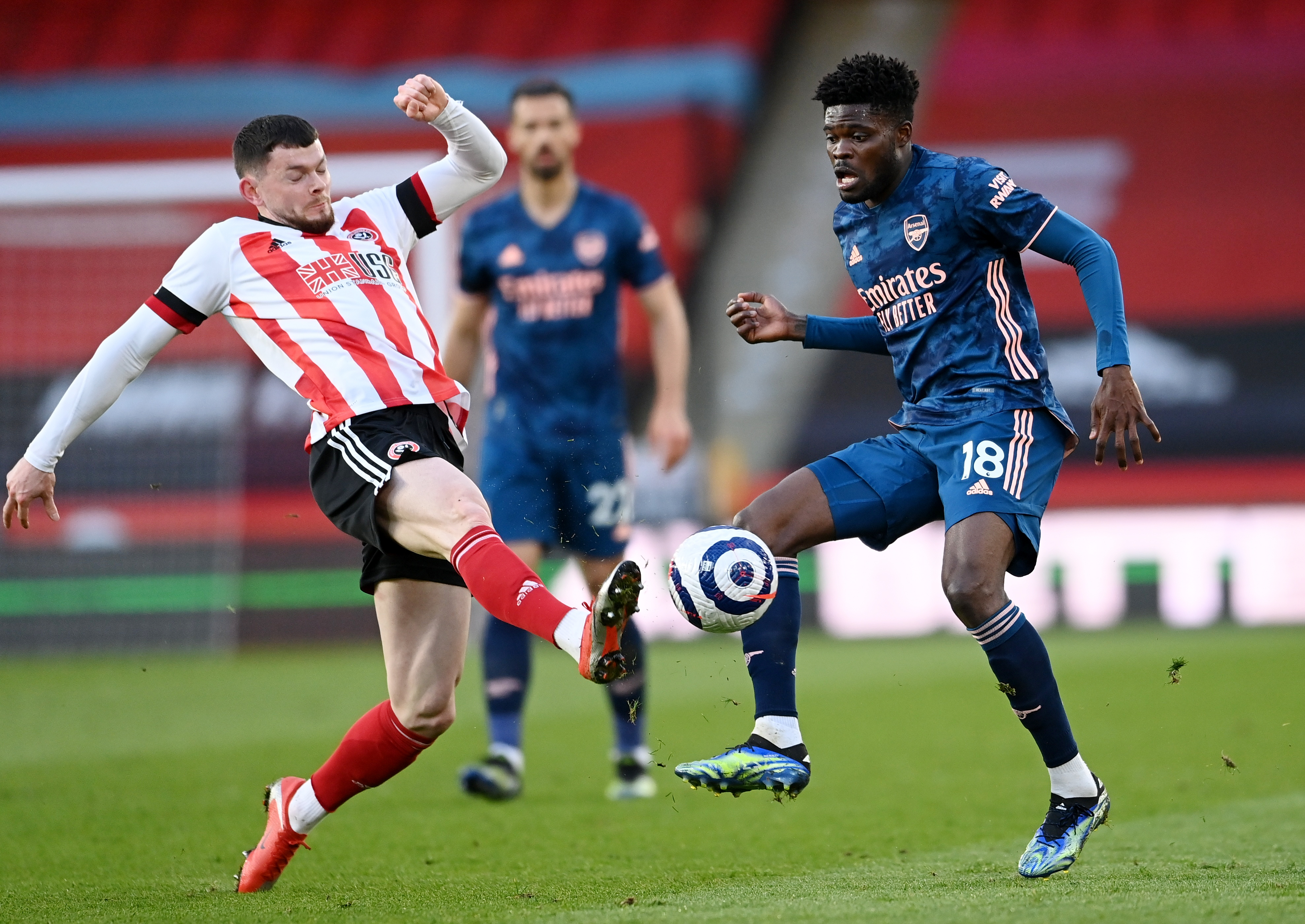 Thomas Partey is a better player when not alongside Granit Xhaka in midfieldCredit: Reuters

The same fans were posting and retweeting disparaging observations suggesting that in Partey, we thought we were getting the new Patrick Vieira but instead we got the old Alex Song.

SAK AT THE BACK

Without Kieran Tierney, many suggested Arteta should utilise Saka at left-back.

This was met with many asking, ‘why would we play our best attacking creator at left-back?’ 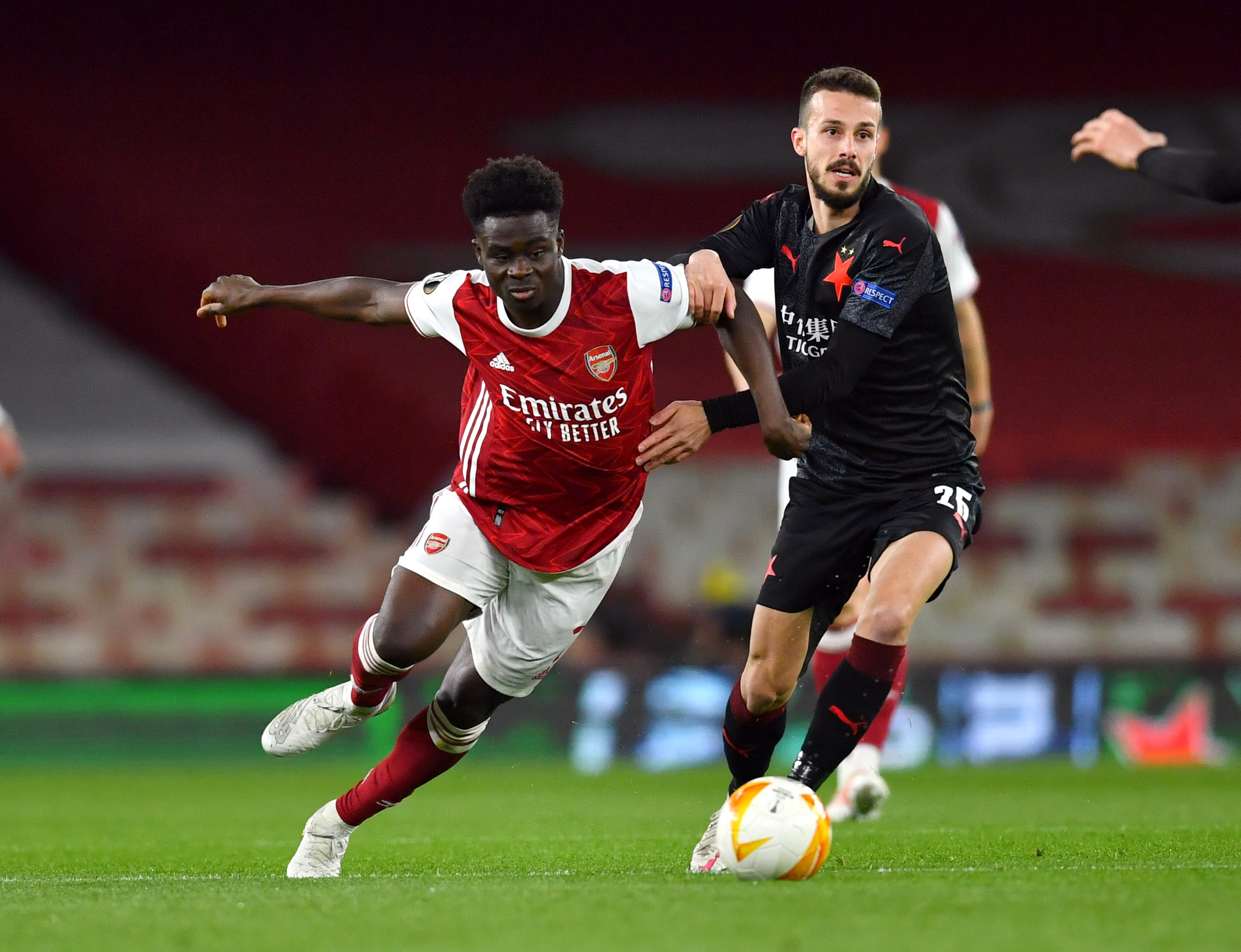 Debate rages on over who should be playing at left-back in Kieran Tierney’s absenceCredit: Reuters

Are these the same fans who have watched Tierney being our best attacking threat from left-back all season?

These same supporters thought it far better to play a natural full-back there in Cedric, even on his ‘wrong’ side, and then cursed the Portuguese international for turning back on to his right foot rather than clearing with his left in injury time.

Following this logic, perhaps those who have decided after the last two matches that they want a left-footed left-back and do not want Xhaka to play with Partey in central midfield will be delighted if the intelligent Swiss stays at left-back this week?

Now they feel he perhaps throws himself to the ground too easily, makes rash decisions. 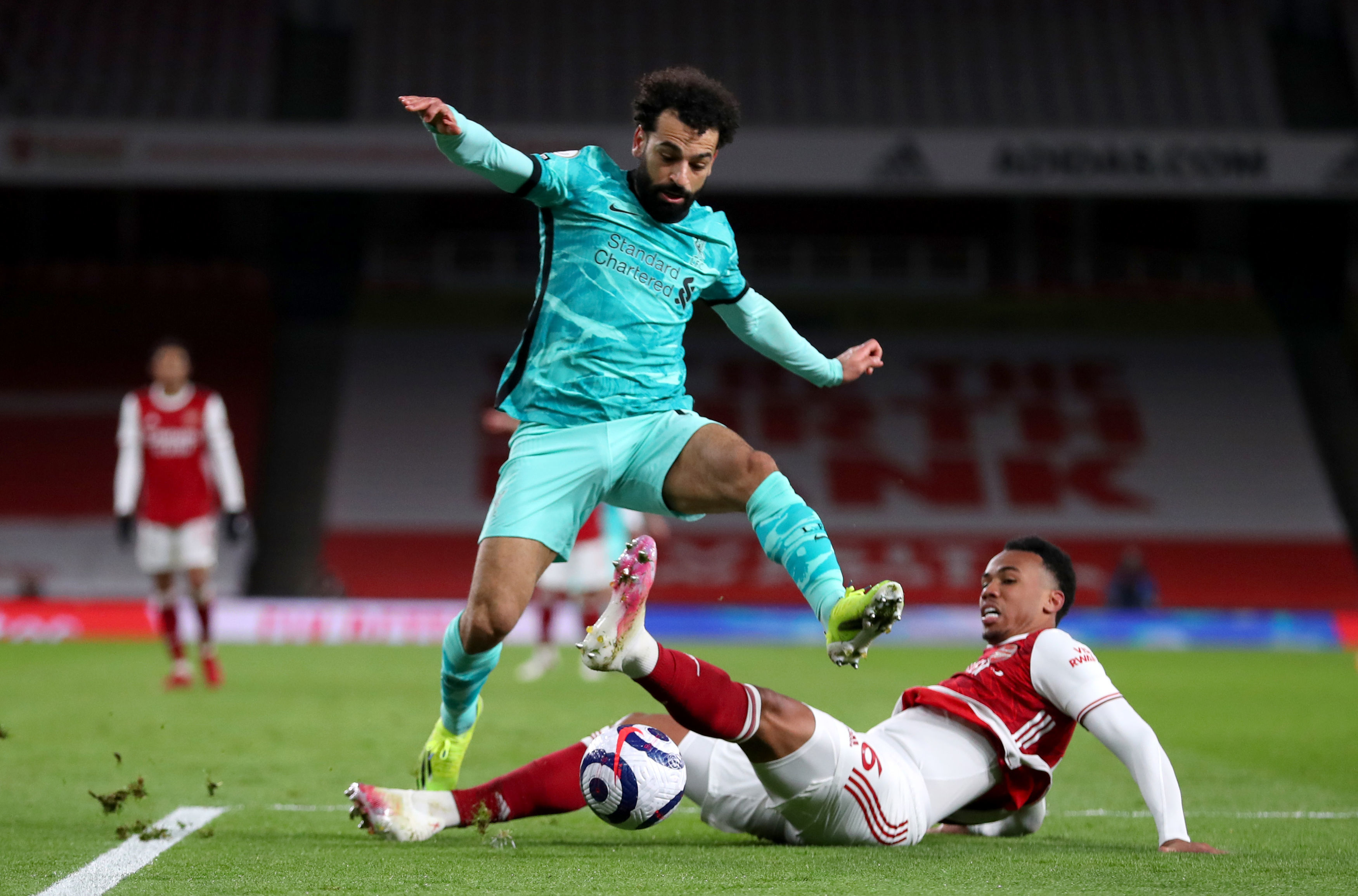 Some supporters worry Gabriel is too quick to go to ground and prefer Pablo Mari at centre-backCredit: PA

It turns out apparently they genuinely always knew that Pablo Mari, who we did not want because of his agent, was a better footballer.

Of course, the biggest U-turn of all from us Gooners is the Pierre-Emerick Aubameyang and Alexandre Lacazette reversal.

We have gone from waxing lyrical about the bromance and special chemistry that led us all to want both on the pitch, however the manager fudged it.

And we have gone to demanding one or the other through the middle. 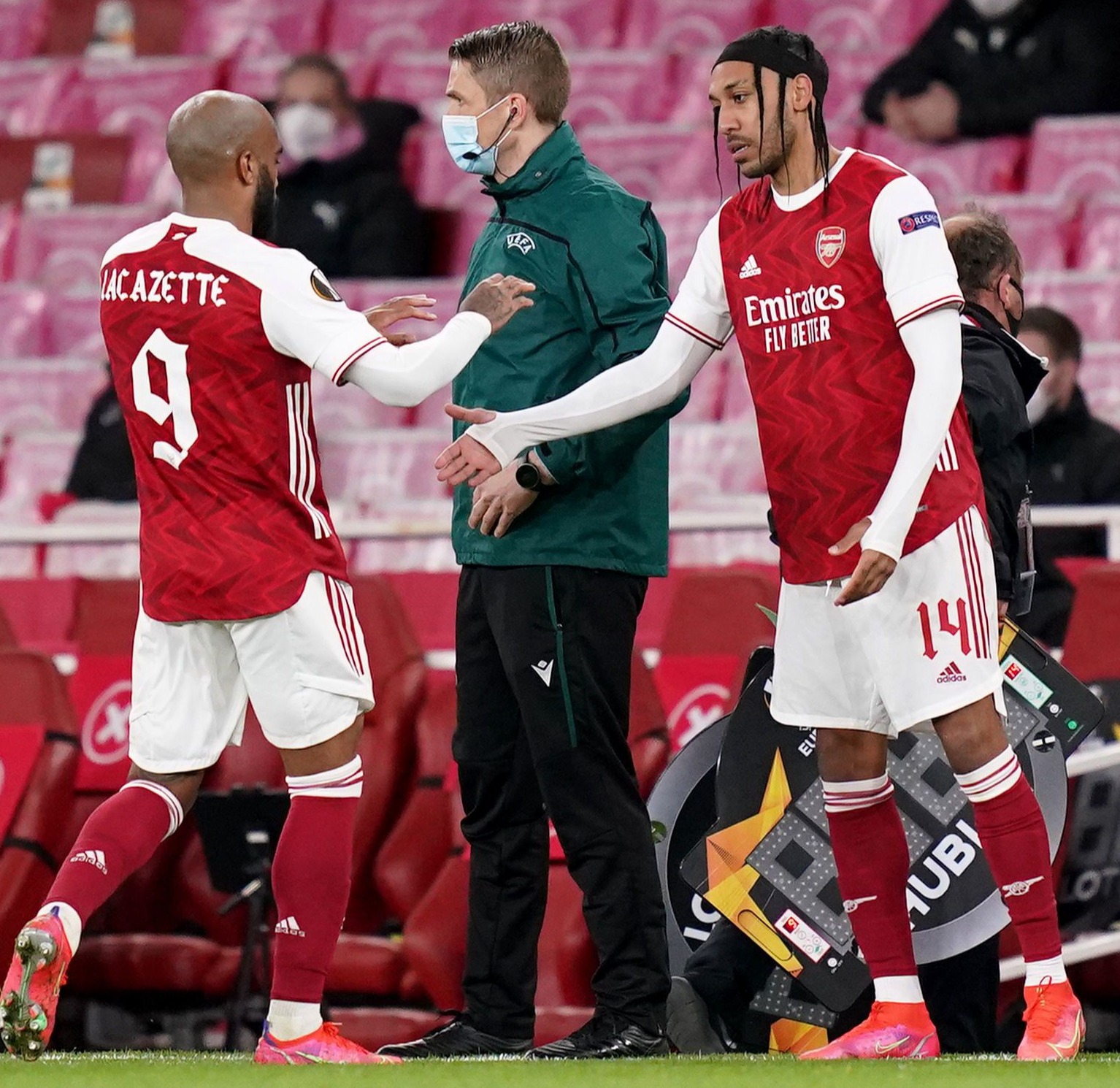 Alexandre Lacazette may be the option to lead the line rather than Pierre-Emerick AubameyangCredit: PA

And now we insist Lacazette can play the solo striker role and our skipper cannot.

Lacazette was so bad against Prague and we improved when Aubameyang came on, such that we all criticised Arteta for not starting his skipper.

Followed inevitably by a thought that perhaps Lacazette could be given a new deal to mentor Folarin Balogun and we could sell Auba.

The last excruciating dilemma on Aubameyang and Lacazette is now further complicated by the fact Gabriel Martinelli came through (relatively) unscathed and is fit for this week.

We have all wanted the young Brazilian to be reintroduced but perhaps we did not envisage this would be at the expense of our captain and, until recently, the team’s talisman and hero. 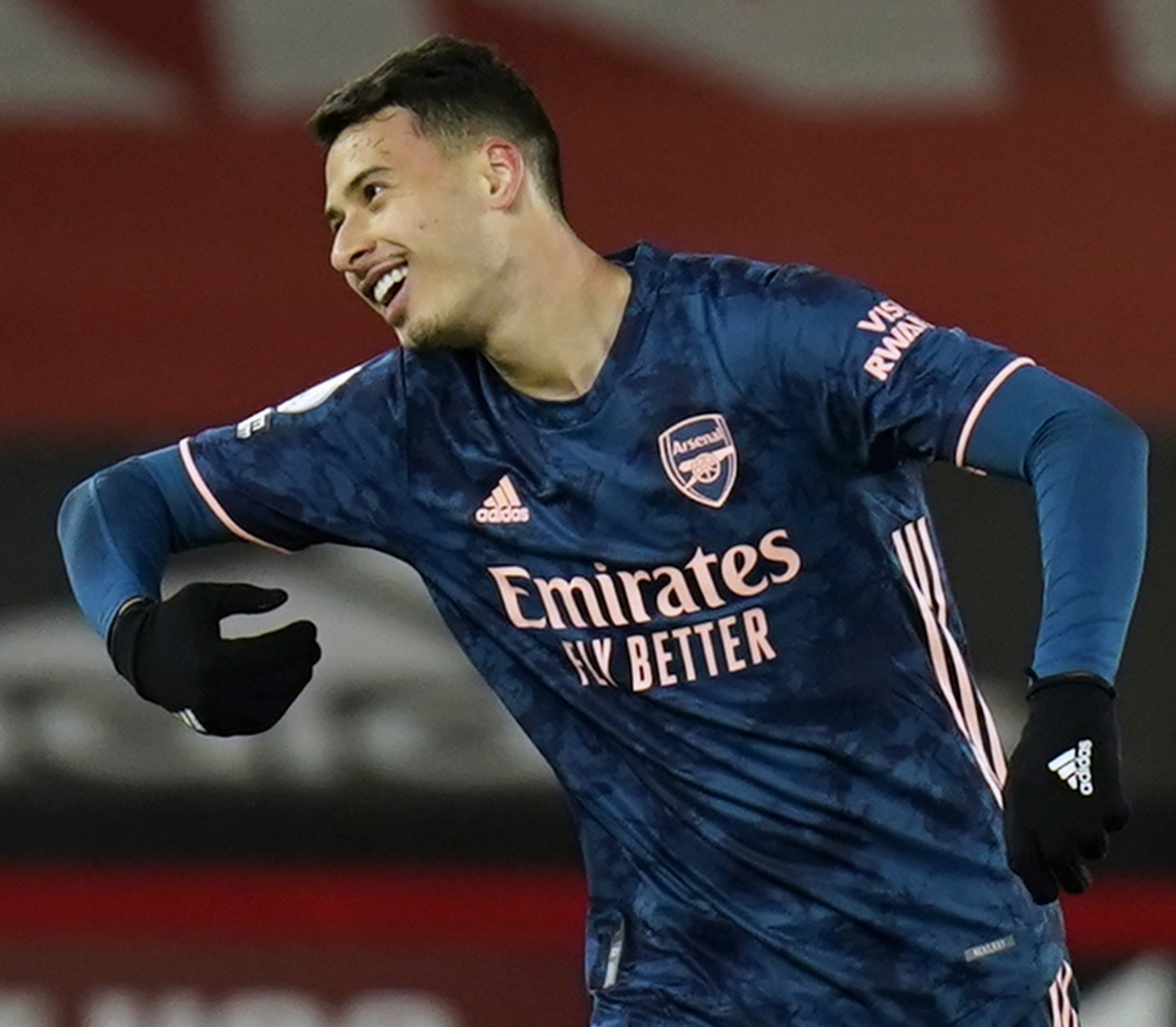 Gabriel Martinelli looks like he could be back in the Gunners fold – at the expense of the club captainCredit: EPA

In short, none of us have consistency of opinions, and recent impressive or poor performances, by the team or individuals easily sway us.

We even convince ourselves that we had always held that view on occasion but expect Arteta to know and get it right on every occasion.

Yes, it is why he is in the job and not us, and why he is paid the big salary and we aren’t.

It is also why he simply must get it right this week and if I were a betting man, I would not put money on Lacazette and Aubameyang both starting.

A huge call for a young Arsenal manager…