THERE have been some bizarre goals scored in the Premier League over the years.

From dodgy bobbles to goalkeepers scoring from inside their own half… tp beach balls.

Smith Rowe scored with United keeper De Gea down injured to hand Arsenal the lead….. but it was perfectly legalCredit: GETTY IMAGES

If you think of the most odd ways to score a goal in football, the Prem has probably seen it.

And another one was added to the collection on Thursday as Manchester United took on Arsenal at Old Trafford.

SunSport takes a look at SEVEN of the strangest goals scored in Prem history.

Arsenal took the lead against United in bizarre fashion on Thursday.

The Spaniard was left on the ground but United made a mess of the clearance.

Emile Smith Rowe latched on to the loose ball and smashed it into the back of an unmanned net as the referee tried to figure out whether to blow his whistle or not.

De Gea was attended to, and as soon as he got back to his feet, the goal was awarded.

The Spaniard’s blushes were saved though, as United staged a comeback to win 3-2 in front of their new interim manager. 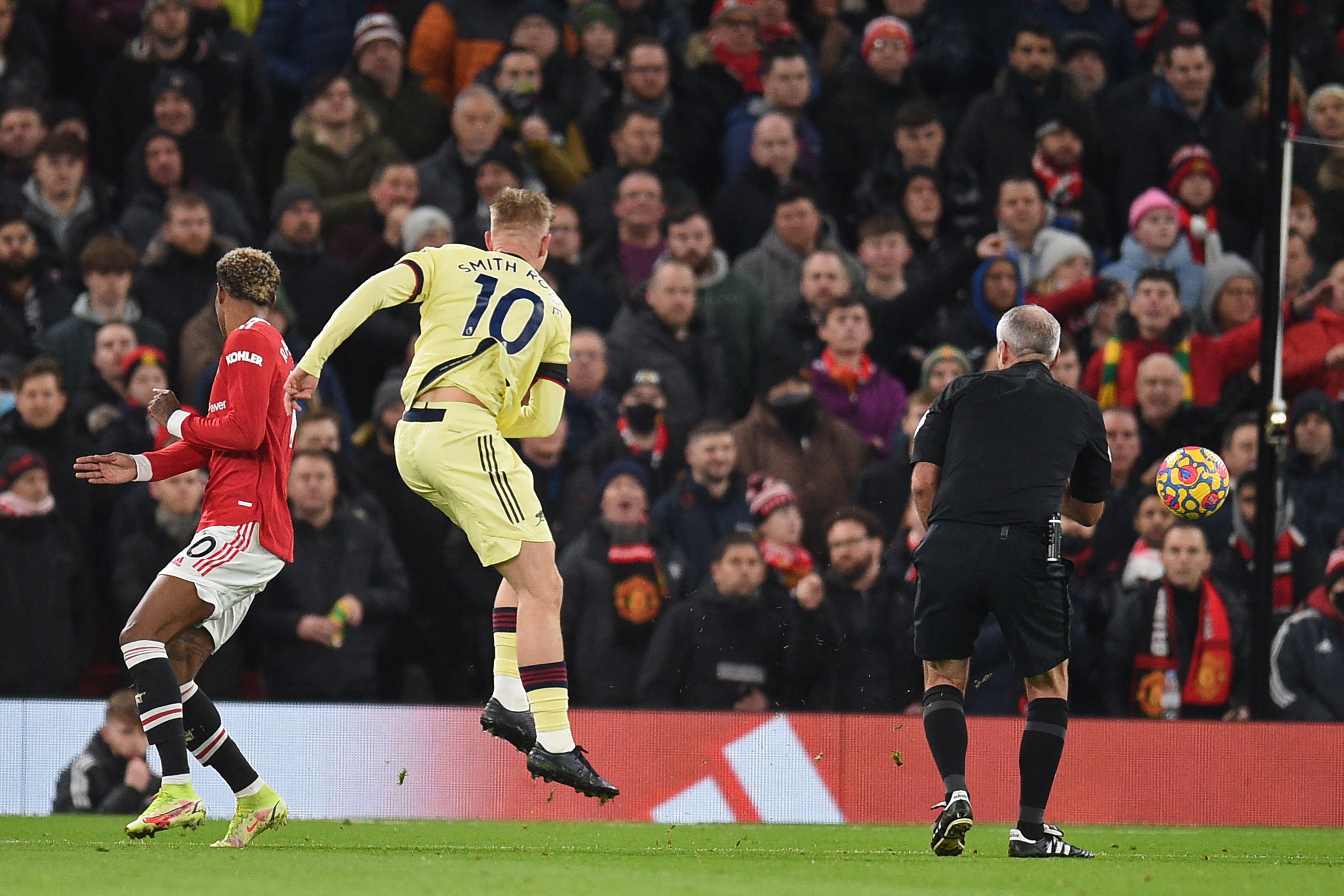 Smith Rowe smashed Arsenal’s opener into the back of the netCredit: AFP 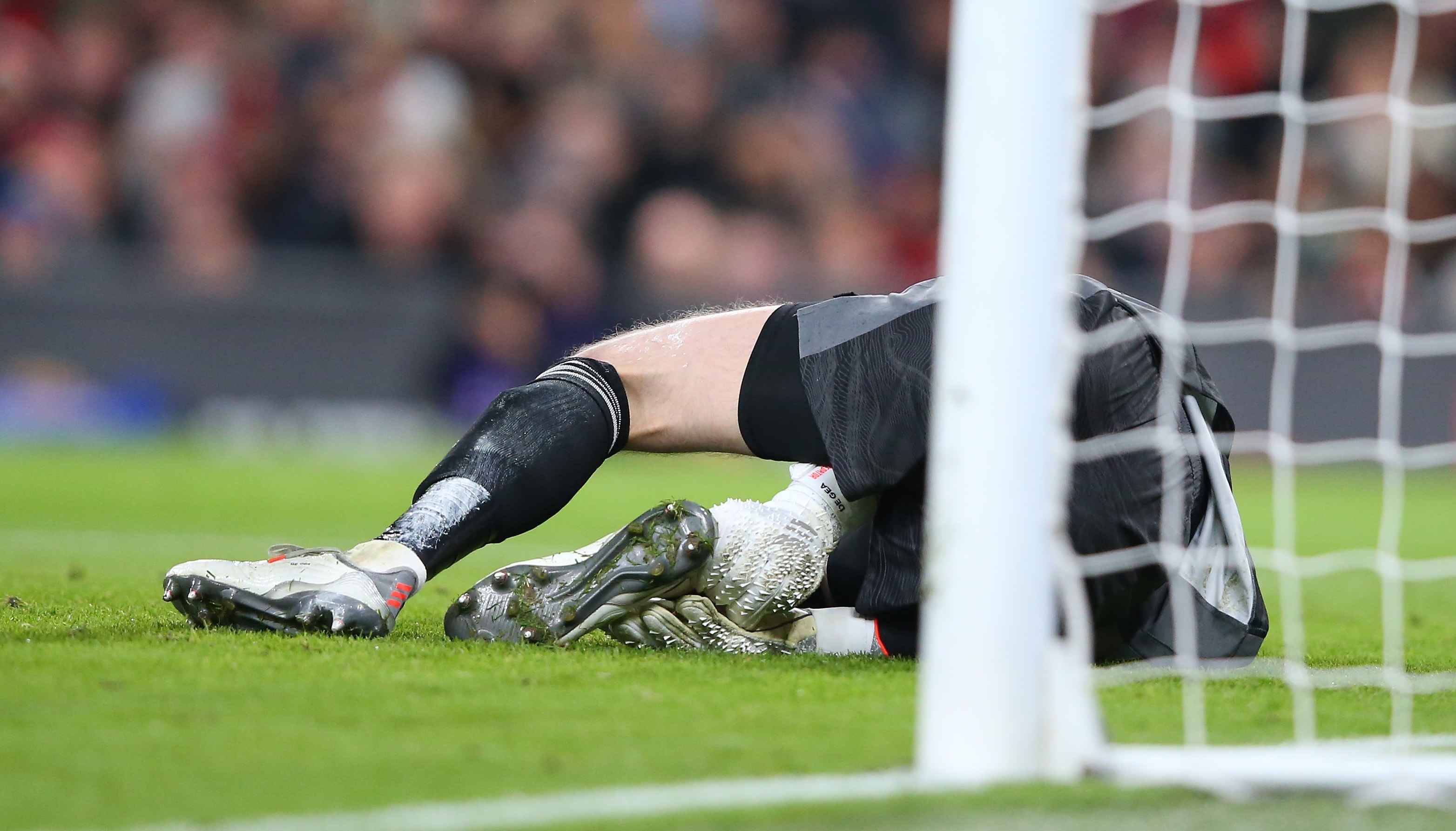 But De Gea was down injured on the ground and unable to save itCredit: GETTY IMAGES

The infamous beach ball goal was bound to get an honourable mention.

Sunderland were taking on Liverpool when striker Darren Bent unleashed a shot on goal.

The ball took an insane deflection off a beach ball knocked onto the pitch by a spectator, sending Pepe Reina the wrong way.

Bent’s goal happened to be the winner too. 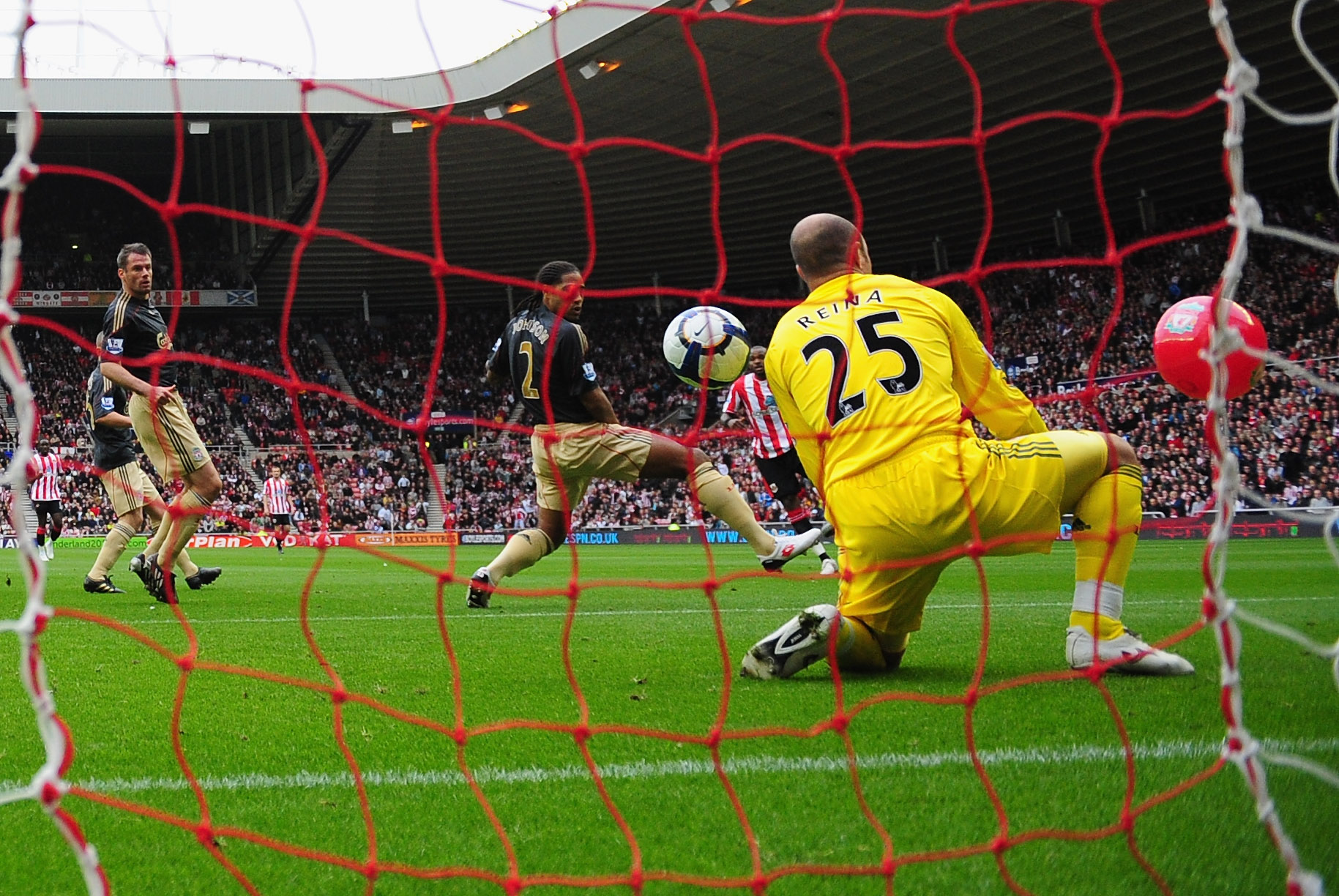 Michail Antonio struggled to break into West Ham’s high-flying team during the 2015/16 season.

But when he got given his chance, he took it in remarkable fashion.

The Hammers were taking on Southampton at home and were in desperate need of an equaliser.

Antonio went on a darting run into the Saints‘ penalty area before losing his footing.

Wanyama’s attempted clearance bounced off Antonio’s head and looped over the keeper into the back of the net. 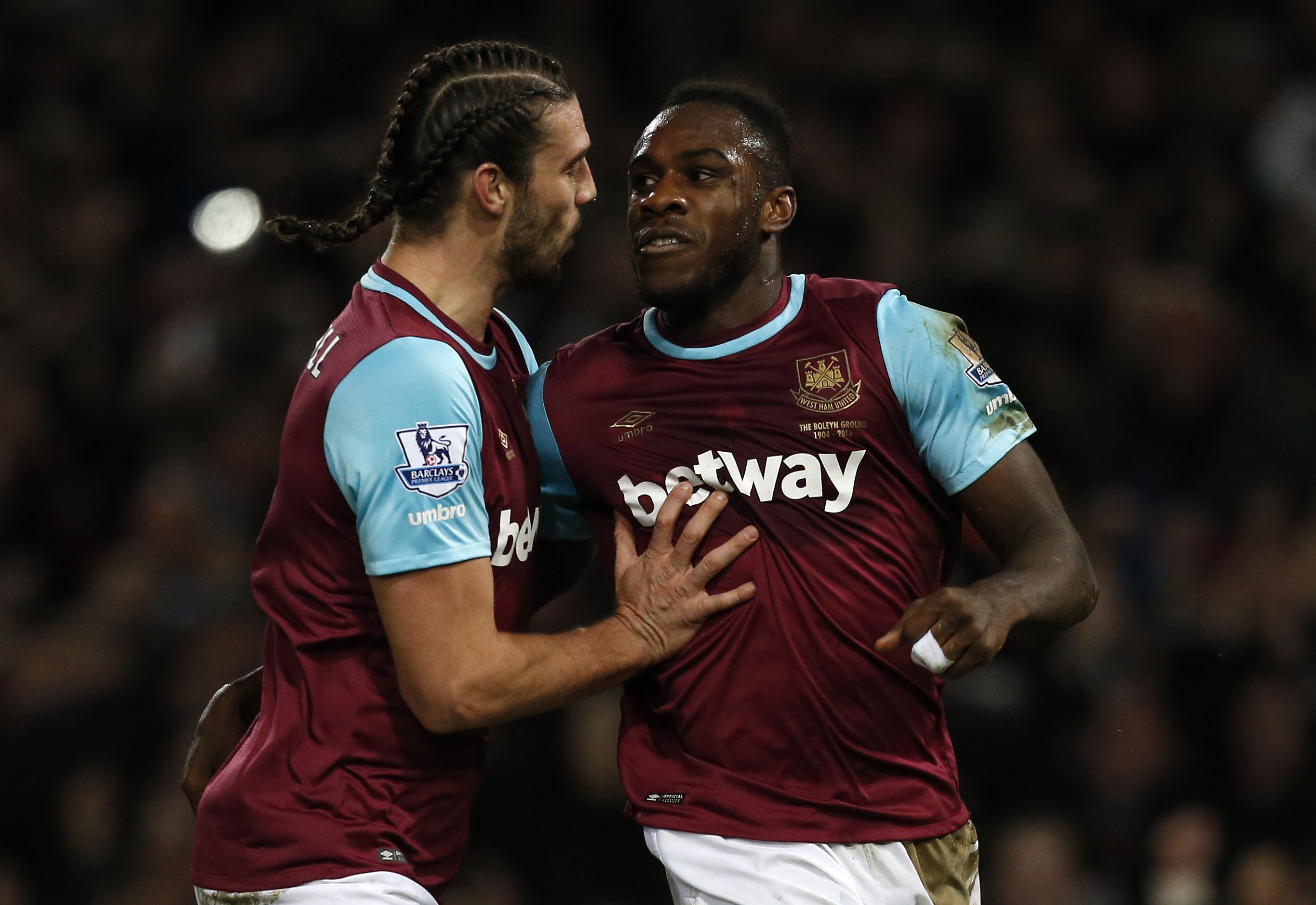 The 2018 Merseyside derby is one for the history books, and the winning goal in the game makes SunSport’s seven bizarre Prem goals.

Everton were holding title-chasing Liverpool 0-0 at Anfield and the game was DEEP into added time.

Virgil van Dijk sliced a volley towards goal, turned his back in disgust at his poor effort.

Toffees keeper Jordan Pickford tried to catch it, but instead knocked it on to the crossbar, teeing up Divock Origi.

The forward latched onto the loose ball, planting it into the back of the net to seal three points.

Reds manger Jurgen Klopp sprinted on to the pitch to celebrate with his team. 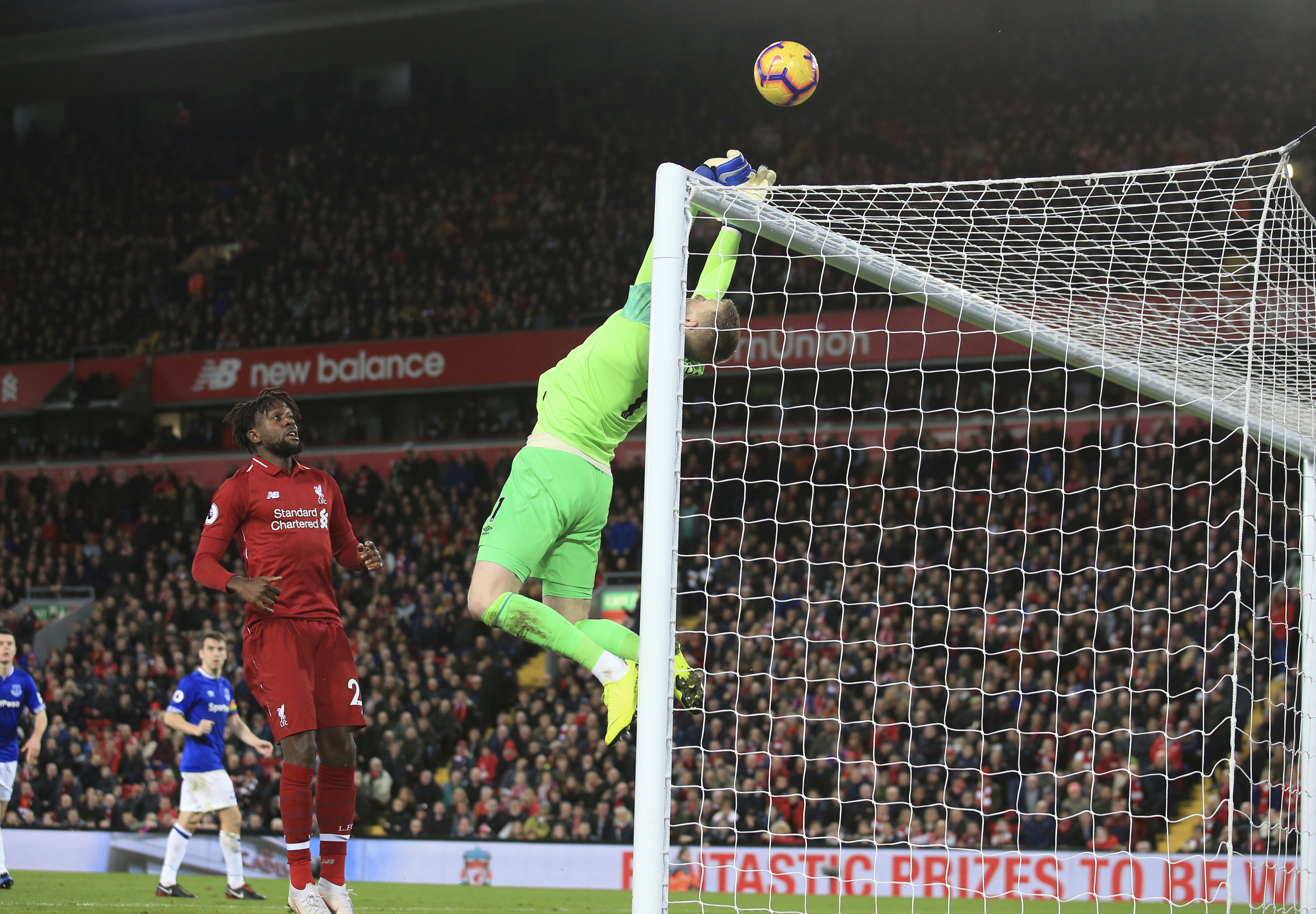 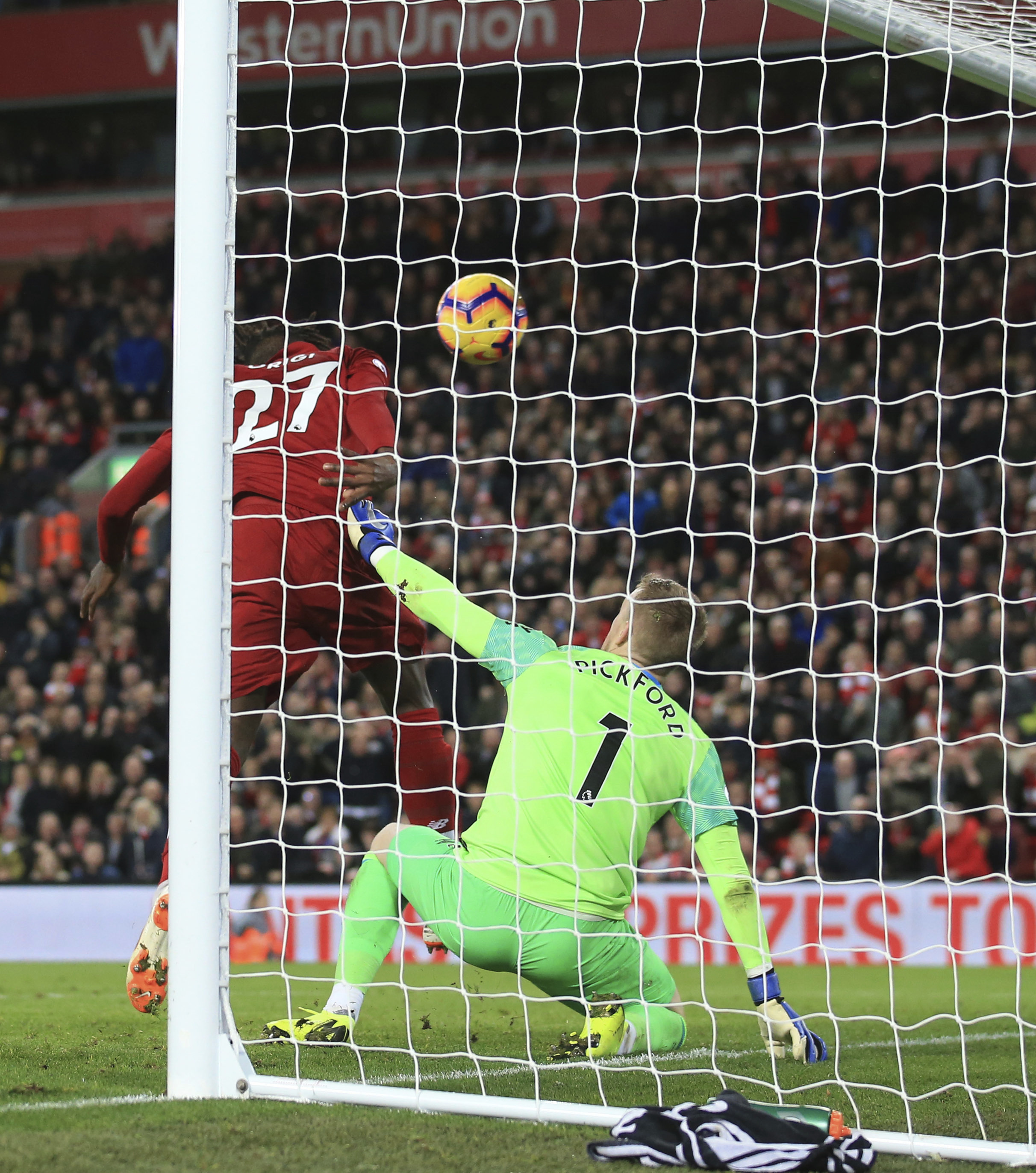 The ball bounced off the crossbar and Origi pouncedCredit: AP

Asmir Begovic joined an exclusive club of goalkeepers to score in the Prem back in 2013.

Stoke were taking on Southampton at the bet365 Stadium.

The ball was passed back to Begovic from kick-off, and he thumped the ball far and high intending to clear the danger.

But the ball took one almighty bounce off the surface and lobbed the goalkeeper.

Begovic was the fifth goalie in Prem history to score. 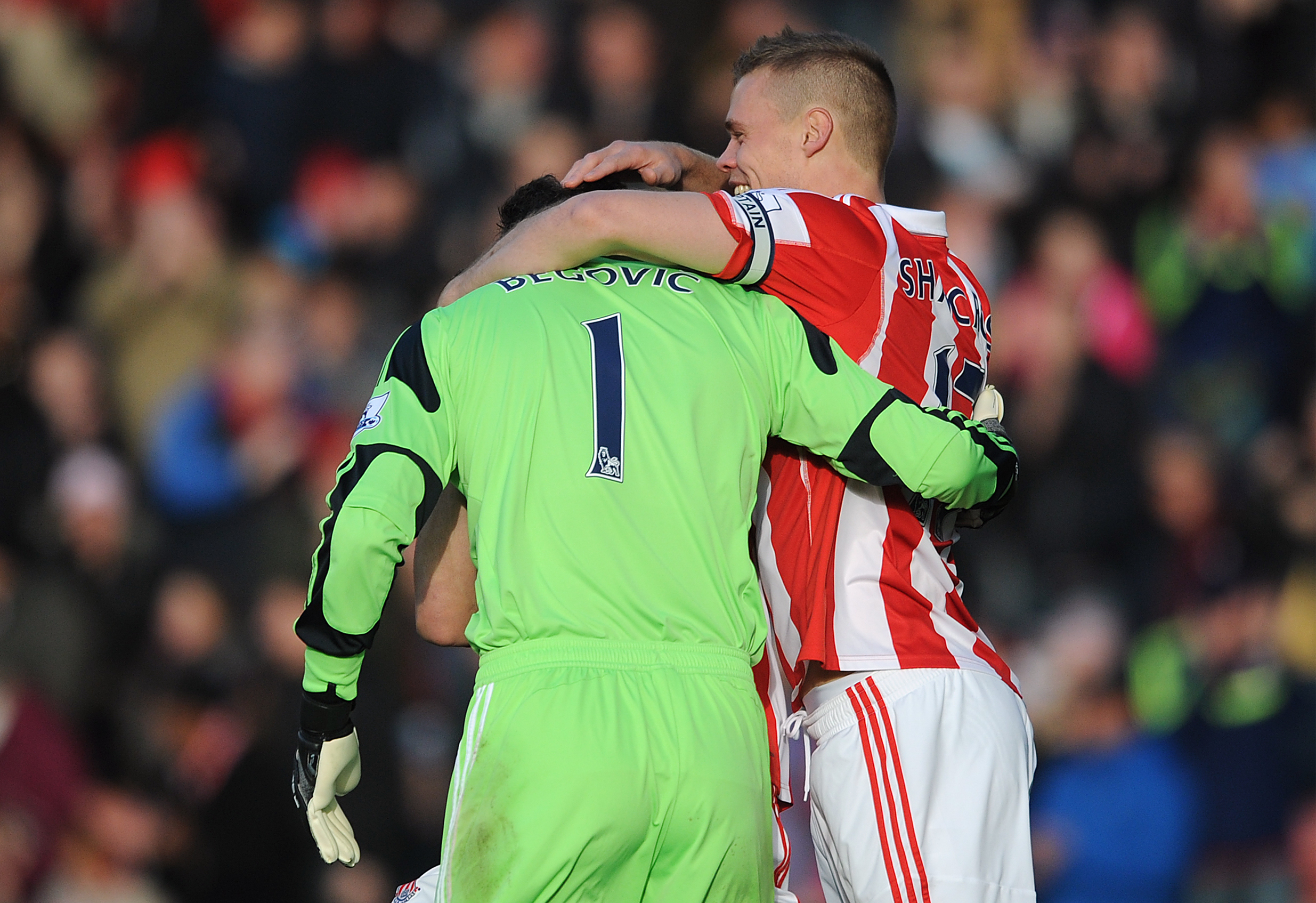 Burnley’s Ashley Westwood scored from a direct corner during the 2019/20 season.

The midfielder whipped the set-piece towards the near post, Southampton striker Danny Ings left it and keeper Alex McCarthy couldn’t react quick enough to stop it crossing the line.

McCarthy pawed the ball away temporarily, but Burnley defender Ben Mee made sure it was a goal, slamming it into the back of the net for safe keeping. 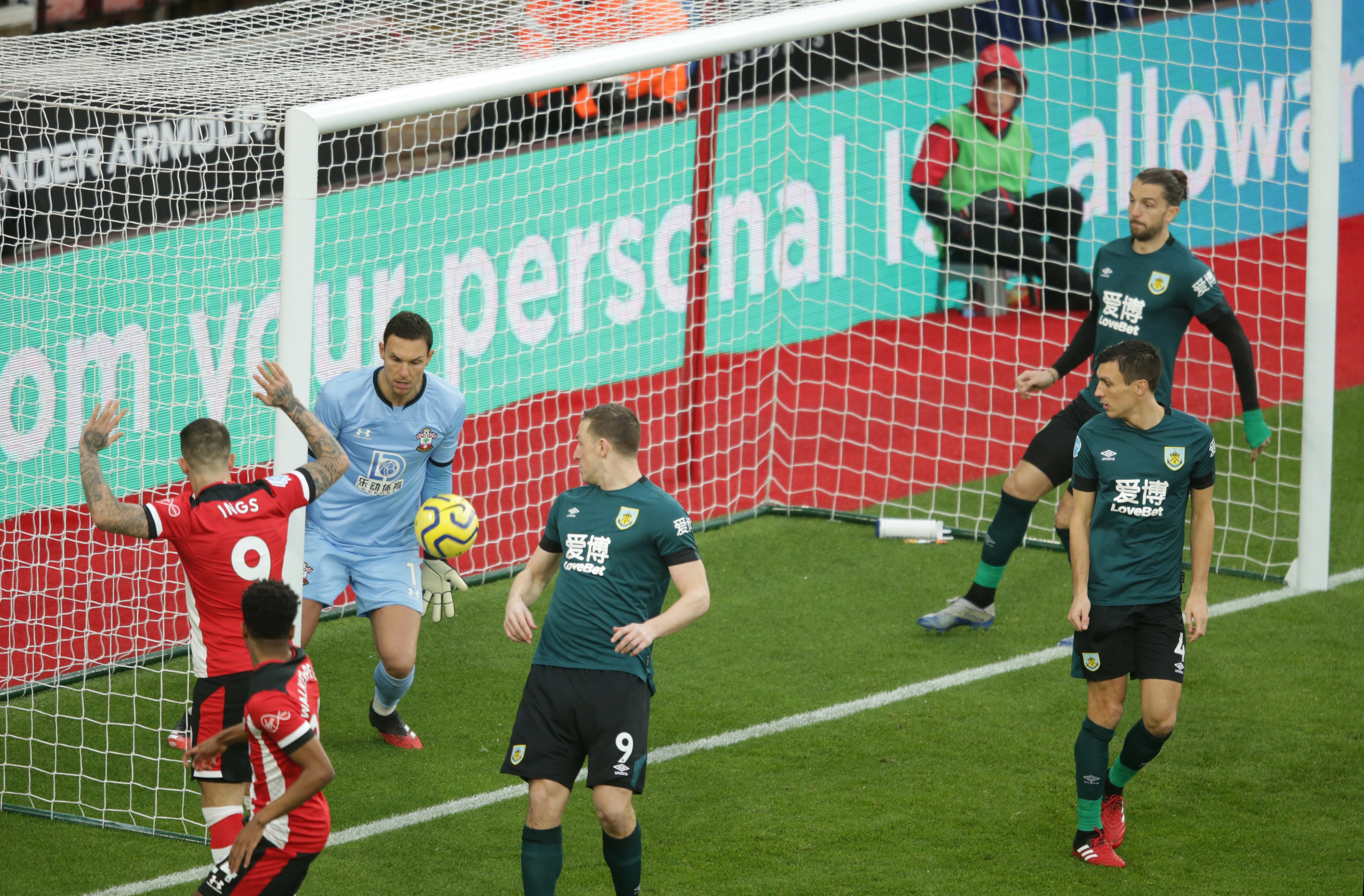 McCarthy and Ings made a mess of Weswood’s cornerCredit: GETTY IMAGES

Whilst play for Spurs in 1992, Cundy put in a strong challenge on Jason Dozzell on the halfway line.

The ball proceeded to fly 50 yards and nestle into the top corner, defying all logic.

The goal happened to be Cundy’s only one for Spurs. 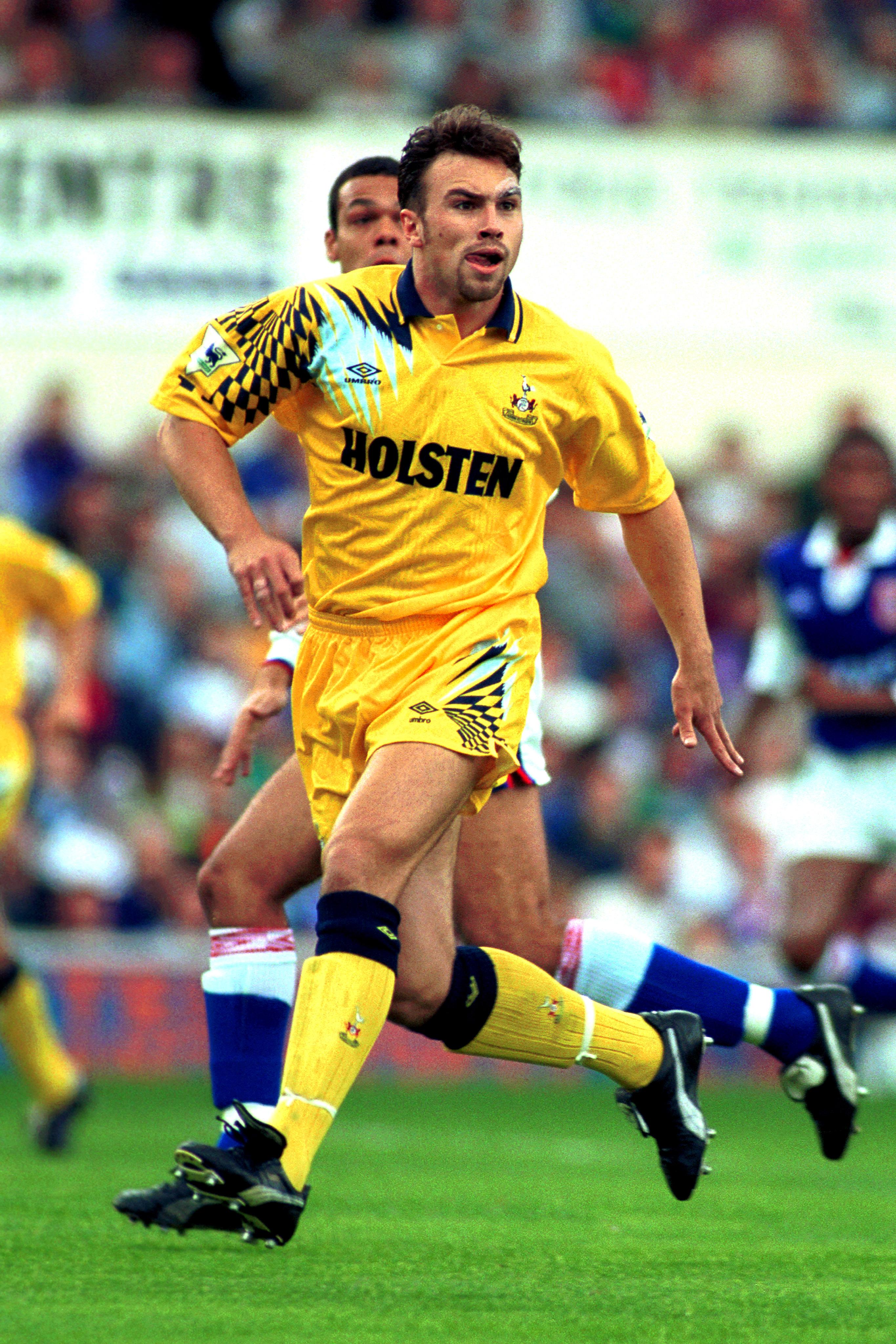