SERENA WILLIAMS broke down in tears as she completed the first stage of her farewell tour.

The American superstar, 41 next month, confirmed in a fascinating interview with Vogue she is planning to retire imminently.

Serena Williams wiped away her tears after receiving a bouquet of flowers from the Canadian OpenCredit: Getty Images – Getty 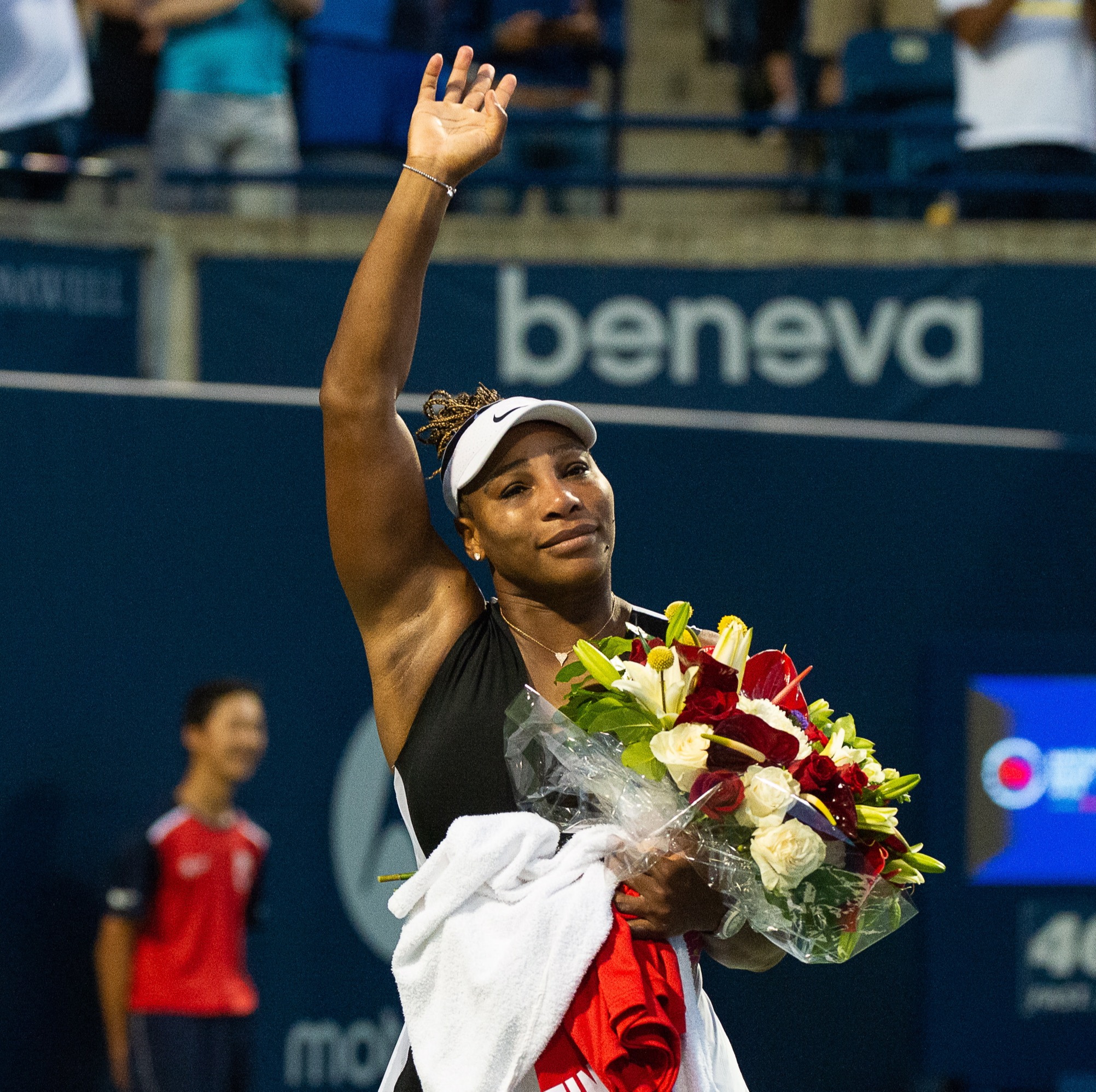 The American legend is expected to play two more tournaments before waving goodbye to tennisCredit: EPA

Williams revealed “the countdown has begun” as she prepares to “evolve away from tennis”.

And in her first tournament since the announcement, she was handily beaten 6-2 6-4 by Belinda Bencic in the second round of the Canadian Open 1000 event.

Serena is expected to play at the Western and Southern Open in Cincinnati next and then finish with the US Open before hanging up her racket.

And the emotions were running high as she bid a heartfelt goodbye to Toronto, a tournament she has won twice in her staggering tennis career. 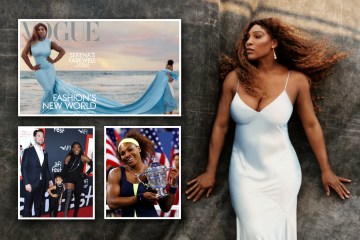 Williams, watched courtside by husband Alexis and daughter Olympia, was presented with a beautiful bouquet of flowers after the Bencic defeat on Wednesday night.

The 23-time Grand Slam champ said through tears on court: “As I said in the article, I’m terrible at goodbyes. But goodbye, Toronto.

“It was a lot of emotions, obviously.

“I wish I could have played better but Belinda played so well today. It’s been an interesting 24 hours.

“Anyways, this is what it is. I was really happy to be out here today and play in front of you guys, thanks for the support.”

Bencic tweeted: “Greatest Of All Time @serenawilliams – I’m so lucky that I was able to step on the same court with you so many times.”

And it was a great night for the Brits as Jack Draper earned the biggest victory of his career by stunning Stefanos Tsitsipas while Dan Evans beat Andrey Rublev and Cameron Norrie saw off Botic van de Zandschulp. 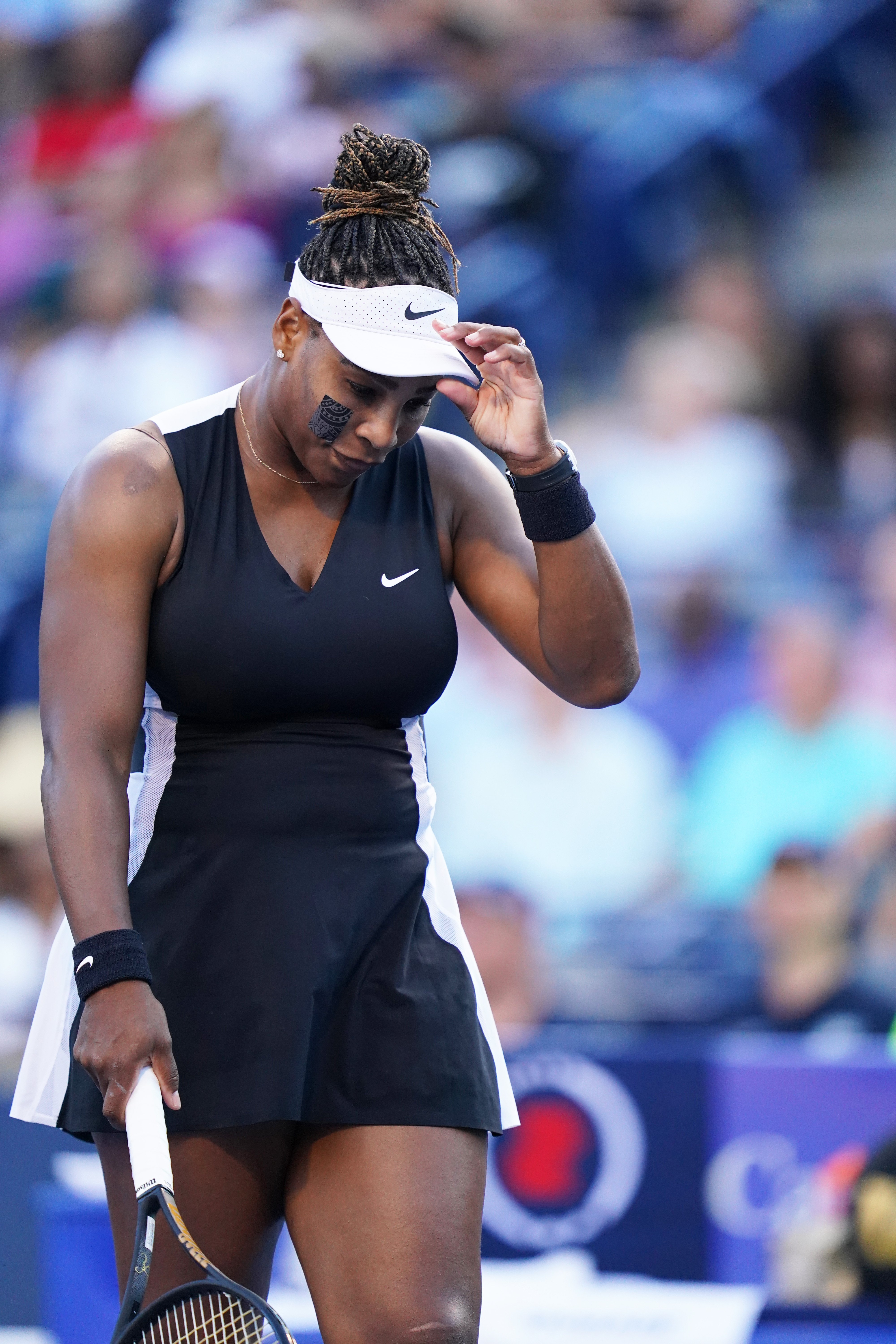 Williams bowed out 6-2 6-4 to Belinda BencicCredit: The Mega Agency 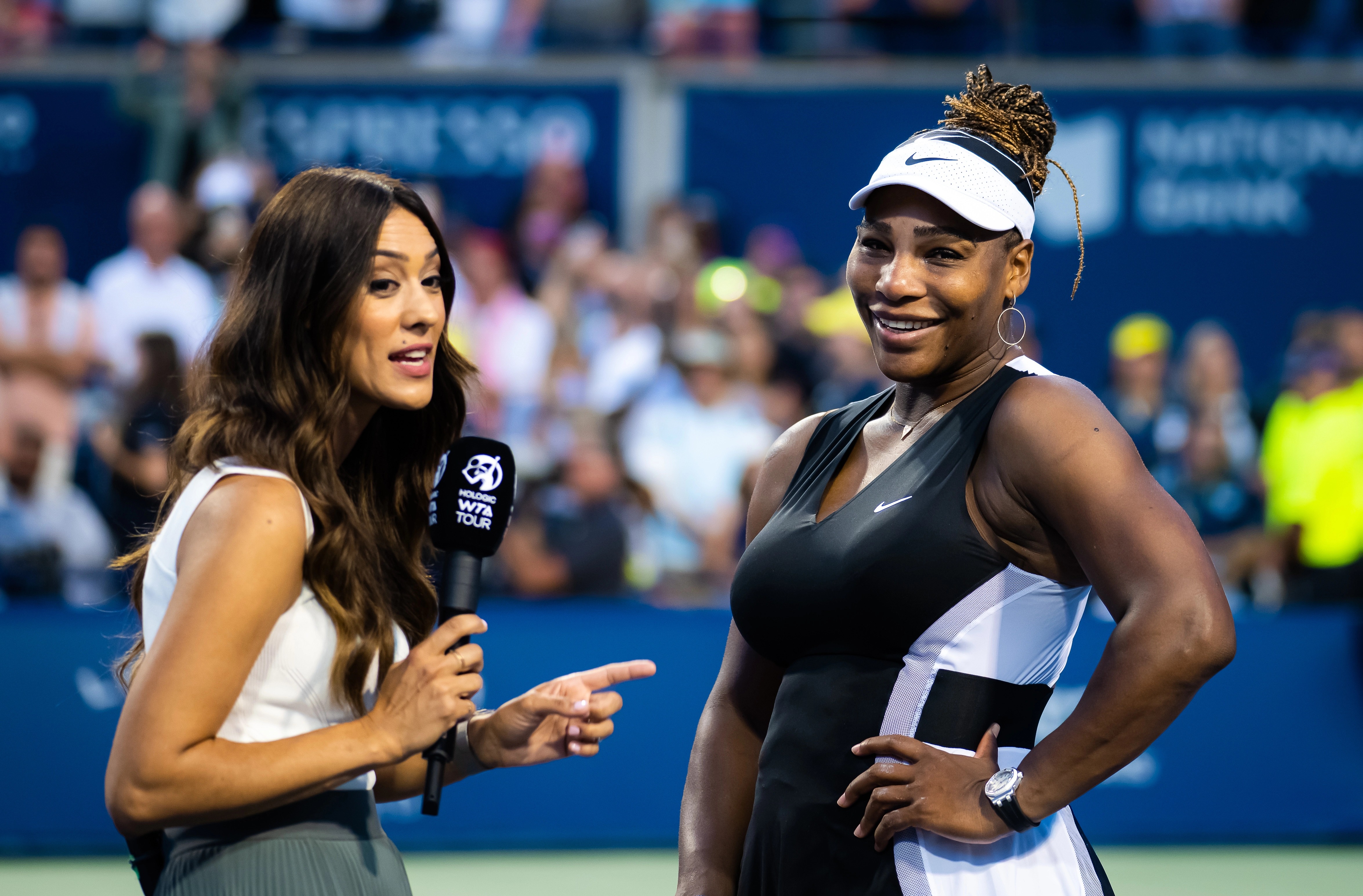 Williams addressed the crowd as she made her emotional farewellCredit: Getty 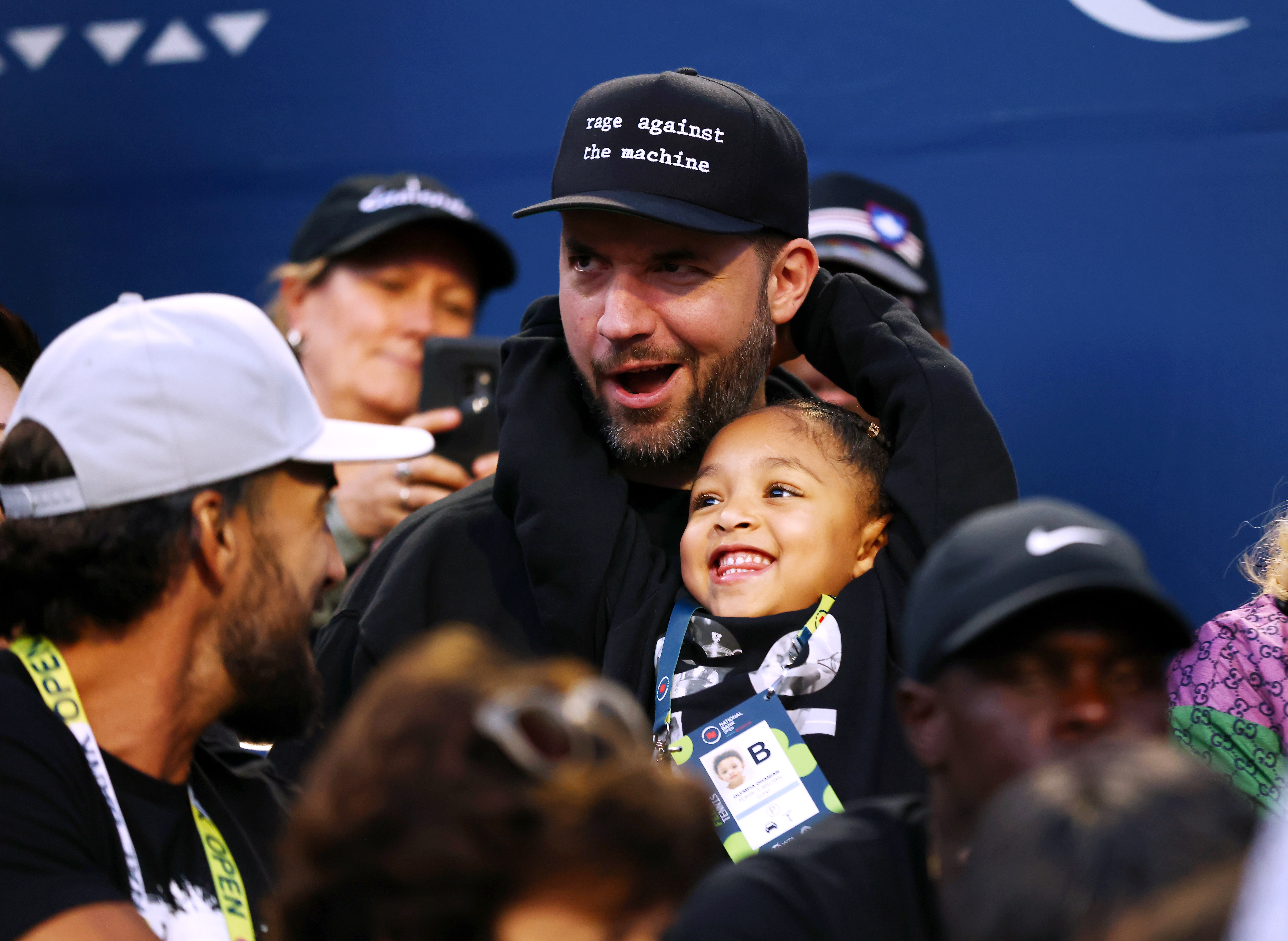