SERENA WILLIAMS departed the Australian Open in tears and then hinted she might never return to Melbourne Park.

The American gave the crowd inside the Rod Laver Arena a long and extended wave goodbye with her hand on her heart as she was outclassed 6-3 6-4 by Naomi Osaka in the semi-finals. 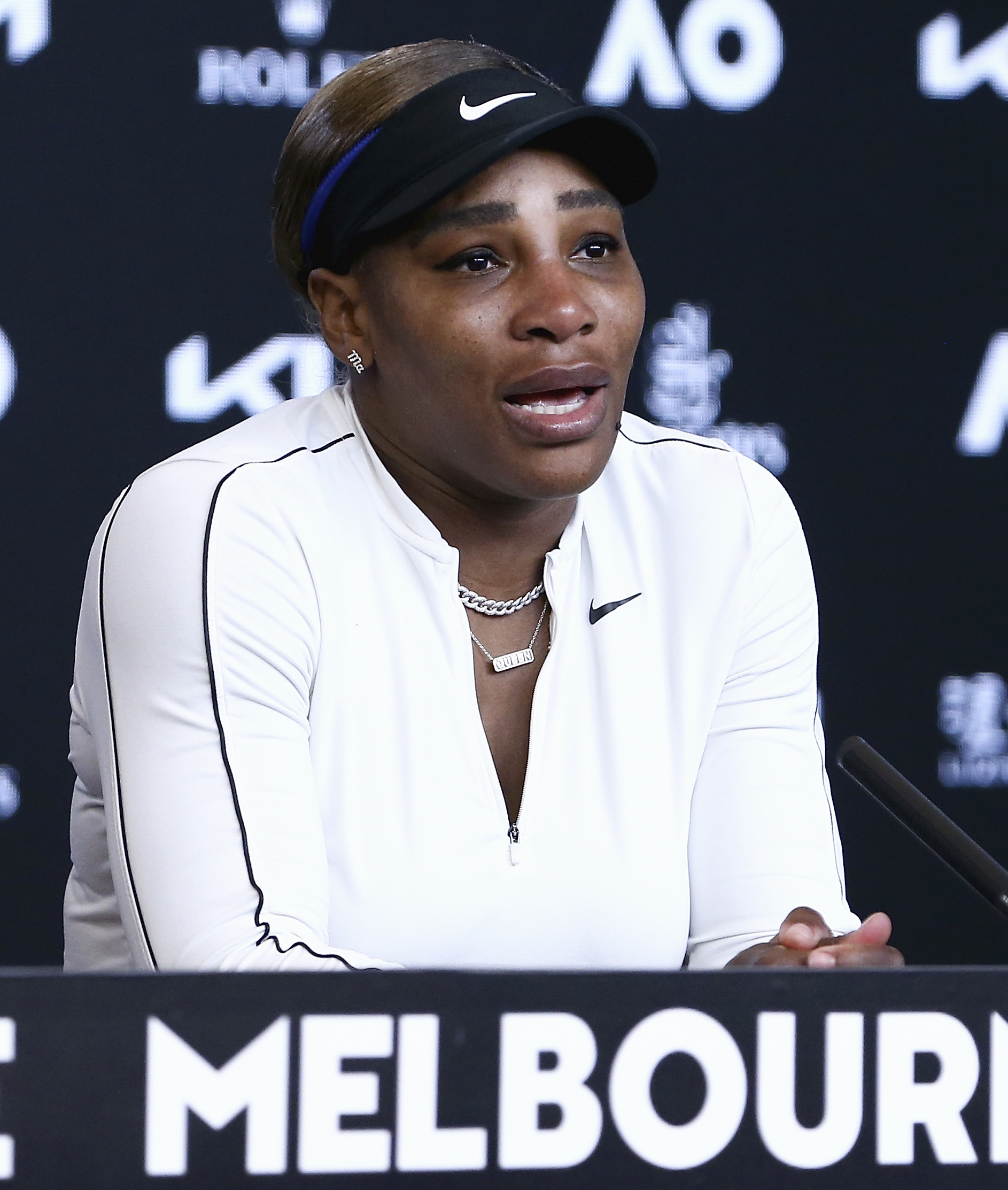 Serena Williams burst into tears at the end of her Australian Open press conferenceCredit: AP:Associated Press 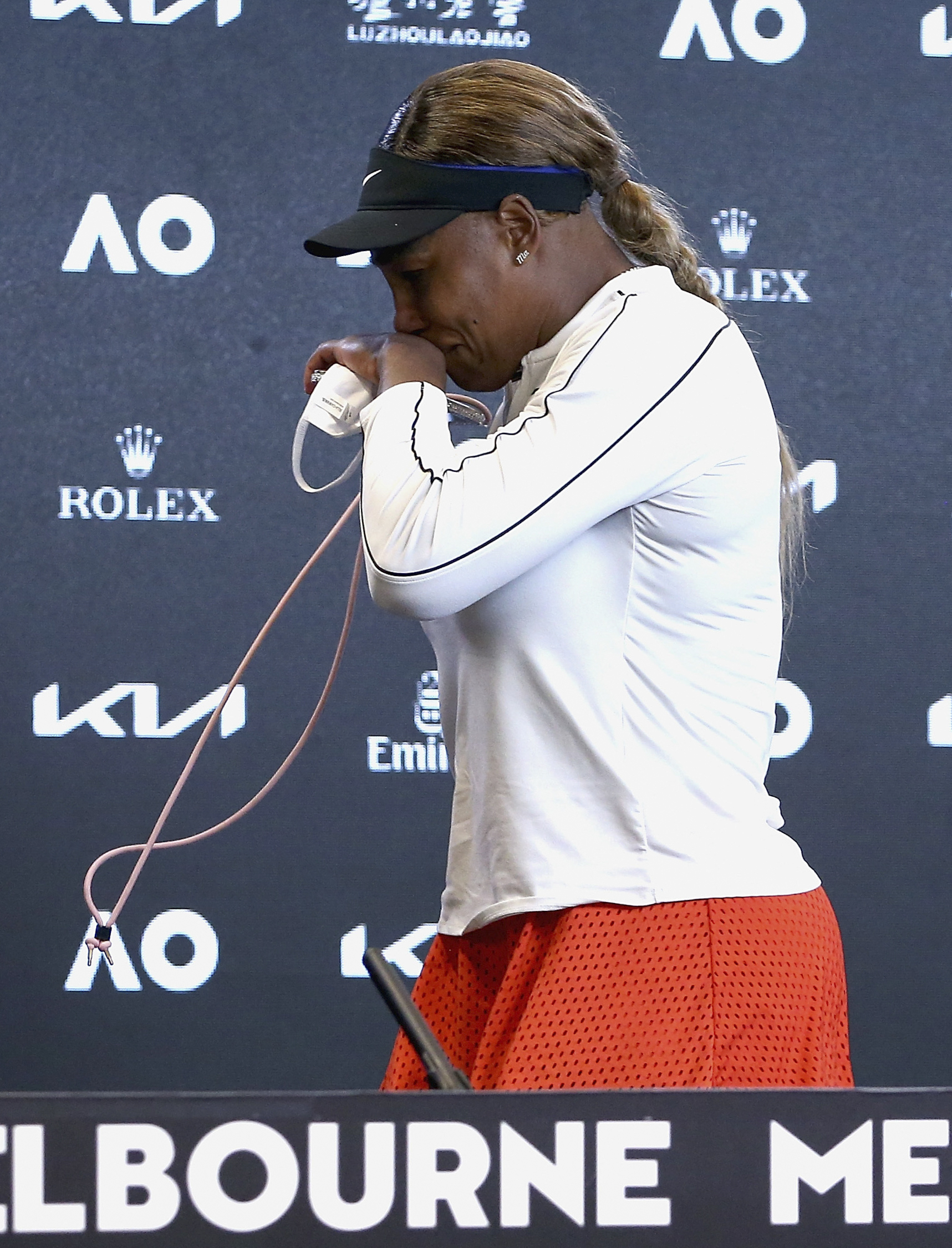 Williams offered little encouragement or guidance to the world’s media about whether she will be back at the Australian Open in 2022Credit: AP:Associated Press

This was her 11th attempt to win Slam No.24, which would have drawn her level with Margaret Court at the top of the majors list.

She has lost in her past four major finals and given she turns 40 in September, it is getting harder and harder to get over the line.

Questions were inevitably asked if her actions on court were her way of saying farewell to an event which she has won seven times, the last occasion in 2017 when she was a few weeks pregnant with her daughter

In her post-match press conference, Williams responded: “I don’t know. If I ever say farewell, I wouldn’t tell anyone. So…”

She added: “I wouldn’t say I was nervous, no. The difference today was errors. I made so many errors today.

“Honestly, it was opportunities where I could have won. I could have been up 5-Love. I just made so many errors.

“The Aussie crowd is so amazing, so it was nice to see.” 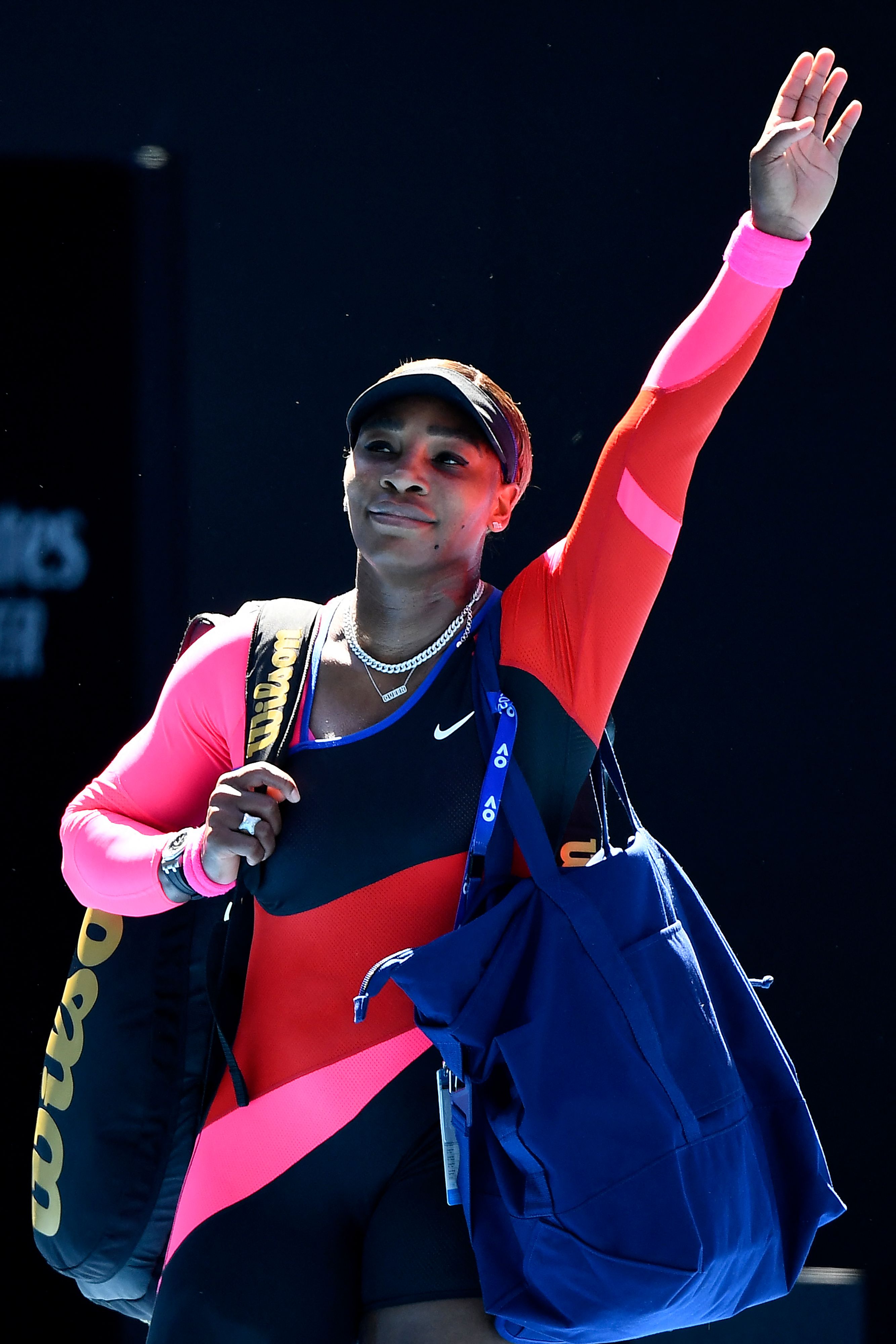 The American said goodbye to an arena where she has won seven singles titlesCredit: AFP or licensors

The eyes started to well up with tears and she made a surprise exit from the press room after answering a relatively mundane enquiry about the number of unforced errors during the match.

Williams just said ‘I don’t know, I’m done’ and walked out. In reality, she was probably just making the point she wanted the press conference to end.

But others have read more into that brief utterance, perhaps an acknowledgment that she will continue to fall short at the final hurdles.

On her exit, Novak Djokovic said: “When you’re chasing big things that are related to the history of the sport, obviously it has a lot of weight, a lot of pressure.

“And regardless of the amount of years that you have played on the Tour and the experience that you have, you still feel it on your shoulders.

“I can empathise with Serena and what she’s going through.

“She’s such an amazing champion that inspires both male and female athletes around the world in what she is doing in her age. It’s extraordinary.

“I’m sure she’s disappointed. I heard she was also emotional in the press conference.

“Regardless of all the success that she had, I know that when you lose a big match you’re frustrated. You’re p***ed off and you’re emotional. Of course, it’s completely understandable.

“When you see a larger picture for her and everything that who she is, what she stands for on and off the court, she’s one of the greatest ever. There is no doubt. Not just a tennis player. 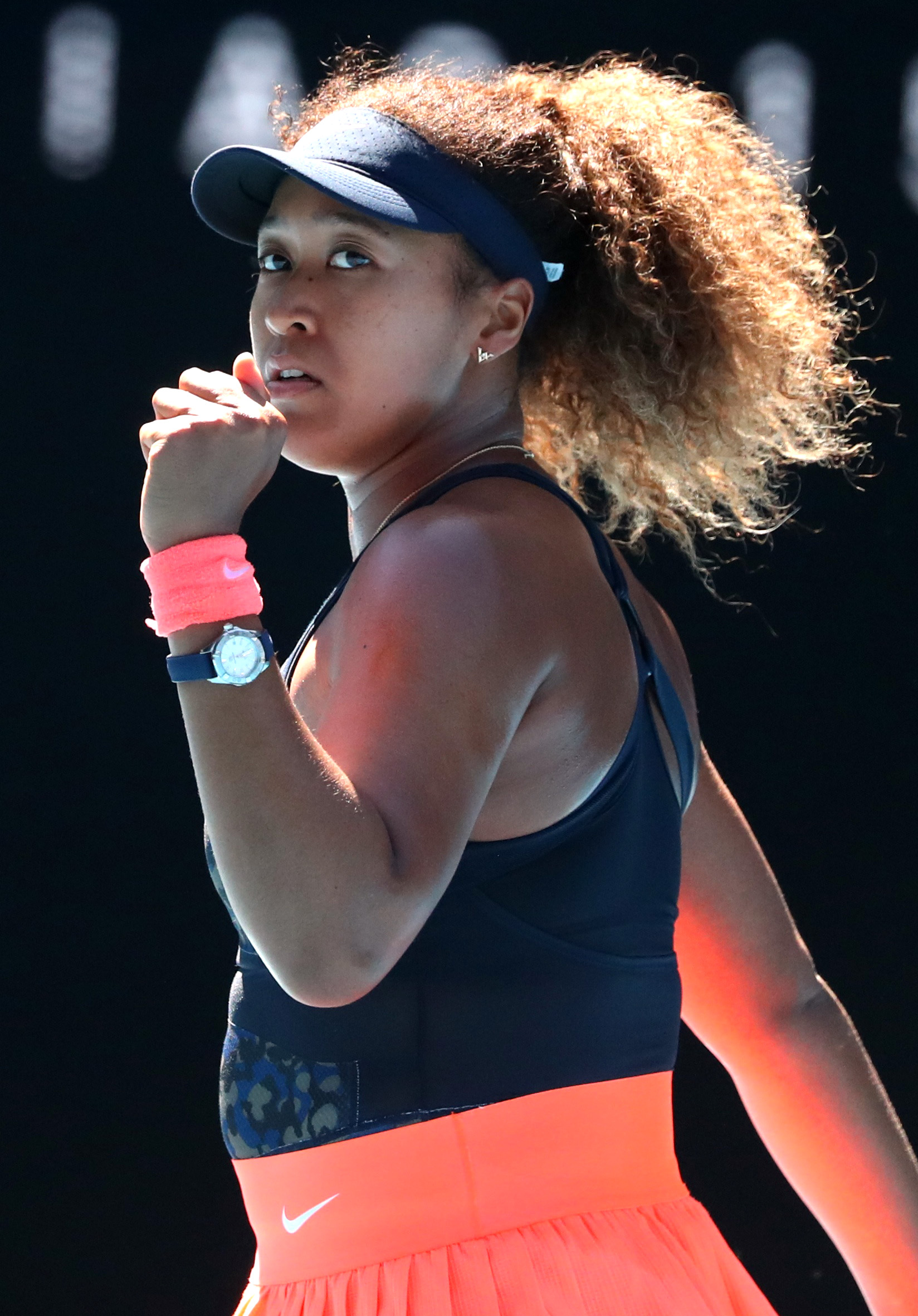 Naomi Osaka has the chance to win a second Aussie Open when she faces Jennifer Brady on SaturdayCredit: Reuters

Osaka, the third seed, is now in an excellent position to win a second Slam title Down Under.

The Japanese star, 23, is already the highest-paid woman in sport but she is also becoming the dominant force in women’s tennis for this generation.

If she beats American Jennifer Brady in the final on Saturday it will represent her fourth title from eight majors.

Nerves could be a factor for Brady, who will contest her maiden Slam final after a 6-3 3-6 6-4 win over Czech Karolina Muchova.

Osaka enjoyed her third win over Williams in 75 minutes, which was played in front of a small crowd after the doors were opened to the grounds following a five-day coronavirus city lockdown.

Osaka said: “I was really nervous and scared in the beginning but I eased my way into it.

“It was about having fun and it was the first day having a crowd for a while.

“It’s an honour to play her and I didn’t want to go out really bad so I just tried my best.

“I was a little kid watching her play so coming up against her on the court for me is a dream.”