CHELSEA kept their lead at the top of the Premier League table with a 2-1 win at Watford.

Goals from Mason Mount and Hakim Ziyech secured an important victory at Vicarage Road after Sunday’s draw with Manchester United.

Mason Mount was Chelsea’s best player as his goal helped secure a 2-1 win at WatfordCredit: Getty

But who was Chelsea’s best player against the Hornets? And did anyone have a game to forget?

He actually kept Chelsea in the game in the first 45 making two good saves, and there wasn’t much he could do for Watford’s first goal.

Usually he has little to do, but not at Vicarage Road.

One of the few who didn’t look overly shocking in those first 45 minutes for Chelsea but still not great.

He unfortunately went off with a hamstring injury early in the second half.

He looked a little lost at the heart of the defence as Chelsea struggled to play out and were under the cosh from Watford.

He certainly didn’t bring the same confident stature as Thiago Silva. He got better in the second half when he played at right centre-back.

Very poor first 45 minutes from him, which is very unusual lately. He was giving the ball away and looked clueless trying to bring the ball out.

Again, like those around him, improved a lot in the second half.

The captain certainly didn’t show any composure when those around him were folding in the first half.

He was pretty useless as a wing-back and was not helping keep the ball at all. No surprise to see him taken off. 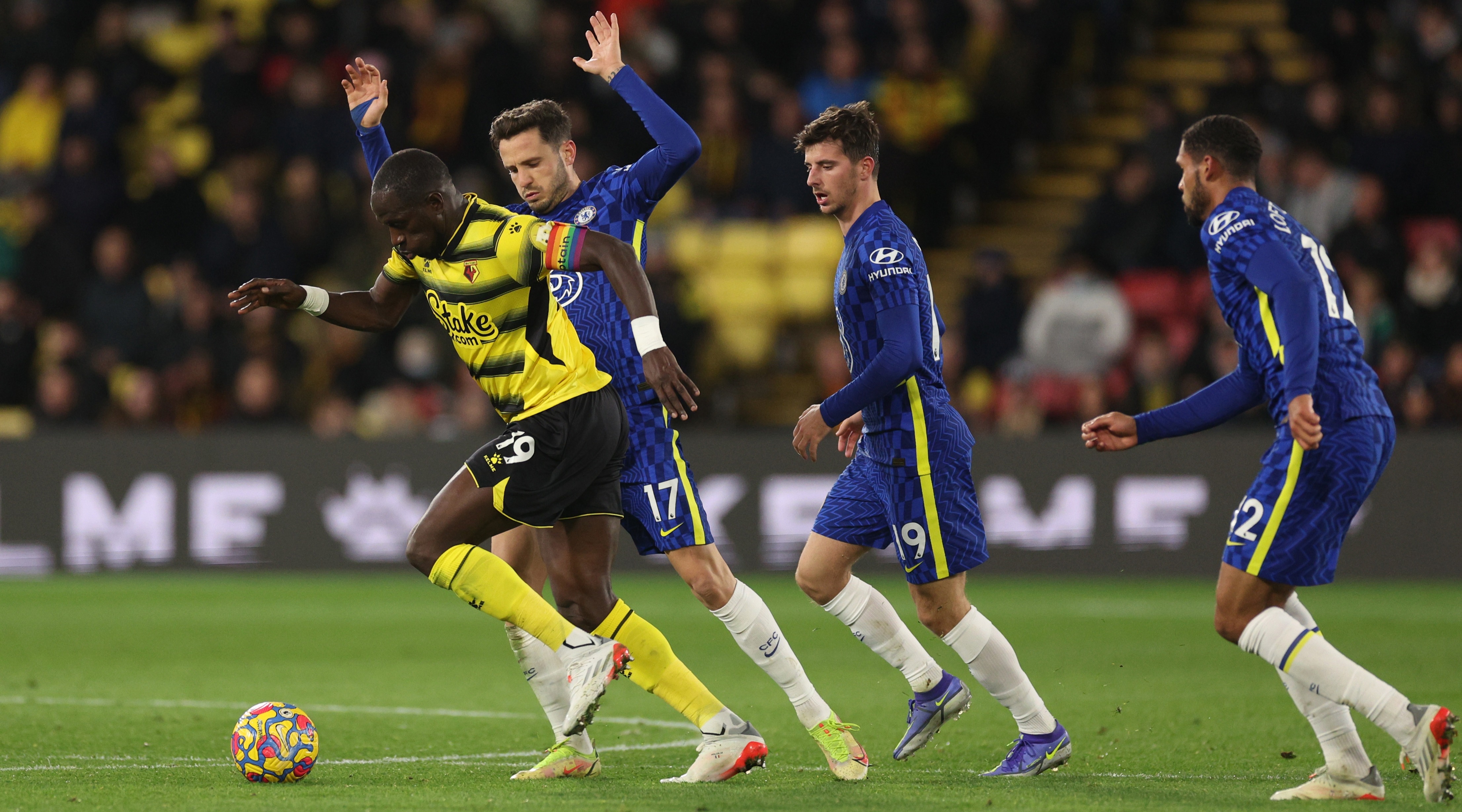 Saul Niguez was once again abysmal in midfieldCredit: Getty

Unfortunately I must refrain from some very bad words I’d use to describe his performance.

He was utterly shocking, hauled off at half-time, and didn’t even look League Two quality let alone Premier League. Awful.

Another poor first 45 from him, he couldn’t keep the ball, kept getting tackled, and his passing was also poor.

Loftus-Cheek losing the ball in midfield gifted Watford a goal. He did get better in the second half though like the majority of Chelsea’s players.

Another shockingly poor first 45 from Alonso at left wing-back – it really does show the massive gap between the quality of him and Ben Chilwell.

Watford were targeting the Spanisrd down the left. He did do well for Chelsea’s second goal, though. 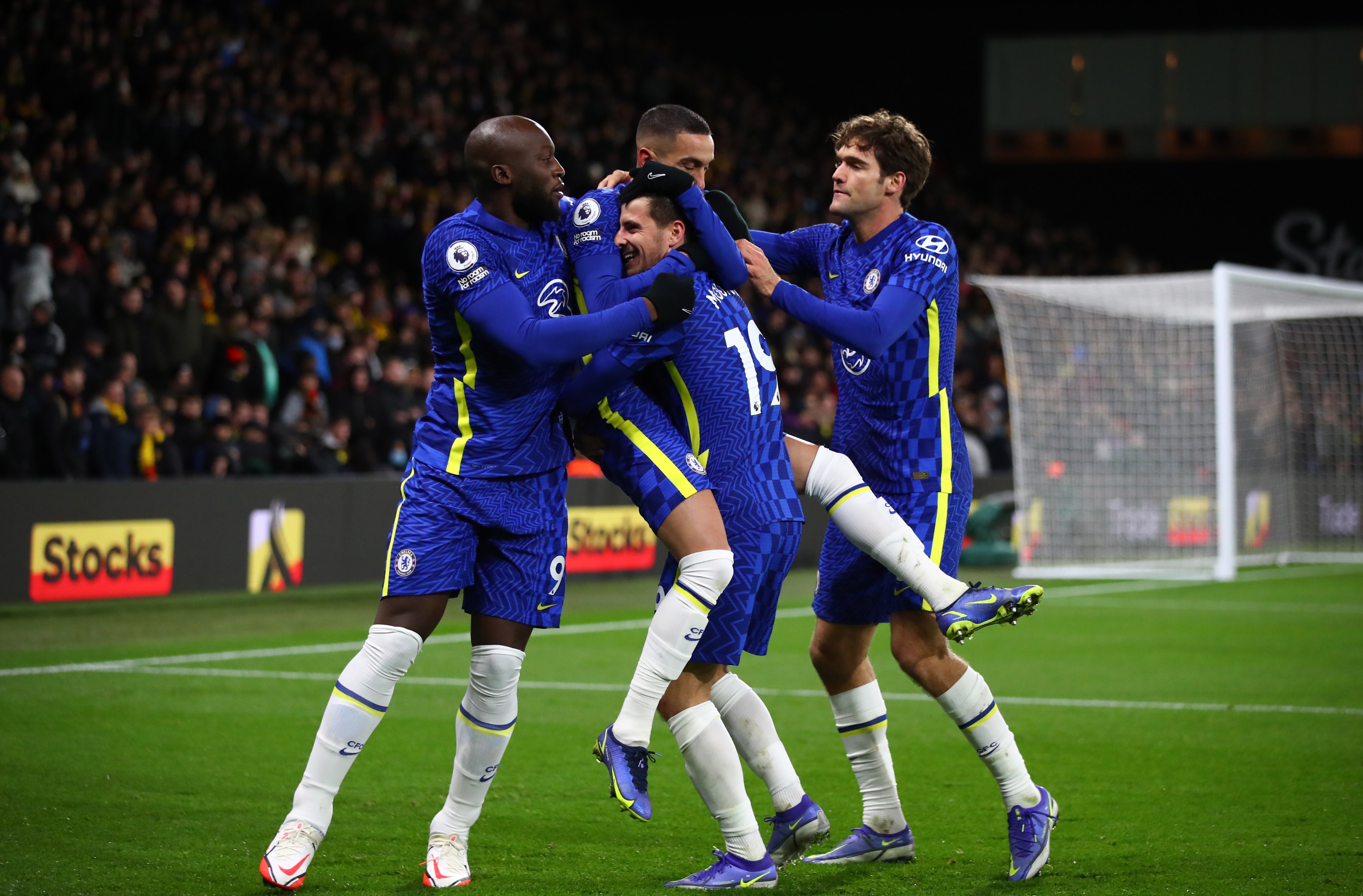 One of Chelsea’s few bright sparks driving everything in attack. He did very well to finish his goal and put Chelsea in front totally against the run of play.

Did even better to assist Ziyech to put Chelsea ahead.

He was also all over the place in the first 45, could not dribble, could not pass, kept giving it away, and he didn’t help out much defensively either.

His second half was much much better and he affected things a lot more. Spent the final 20 minutes of the match at right wing-back.

He did well to set up Mount and had a couple of good dribbles in the first half.

Along with Mount, he was one of the more livelier Chelsea players.

Came on to bring some experience and calmness to the back and to Chelsea’s possession, and he made an instant positive impact.

Forced change with Chalobah getting injured, he provided a great finish tto give Chelsea all three points.

Last throw of the dice for Chelsea and he was a nuisance to the Watford backline.