SOUTHAMPTON eased to victory to climb into the top four and strike another blow to Sheffield United’s hopes of survival.

Saints moved above Chelsea in the table as Ralph Hasenhuttl’s side continue to prove they are more than a flash in the pan this season. 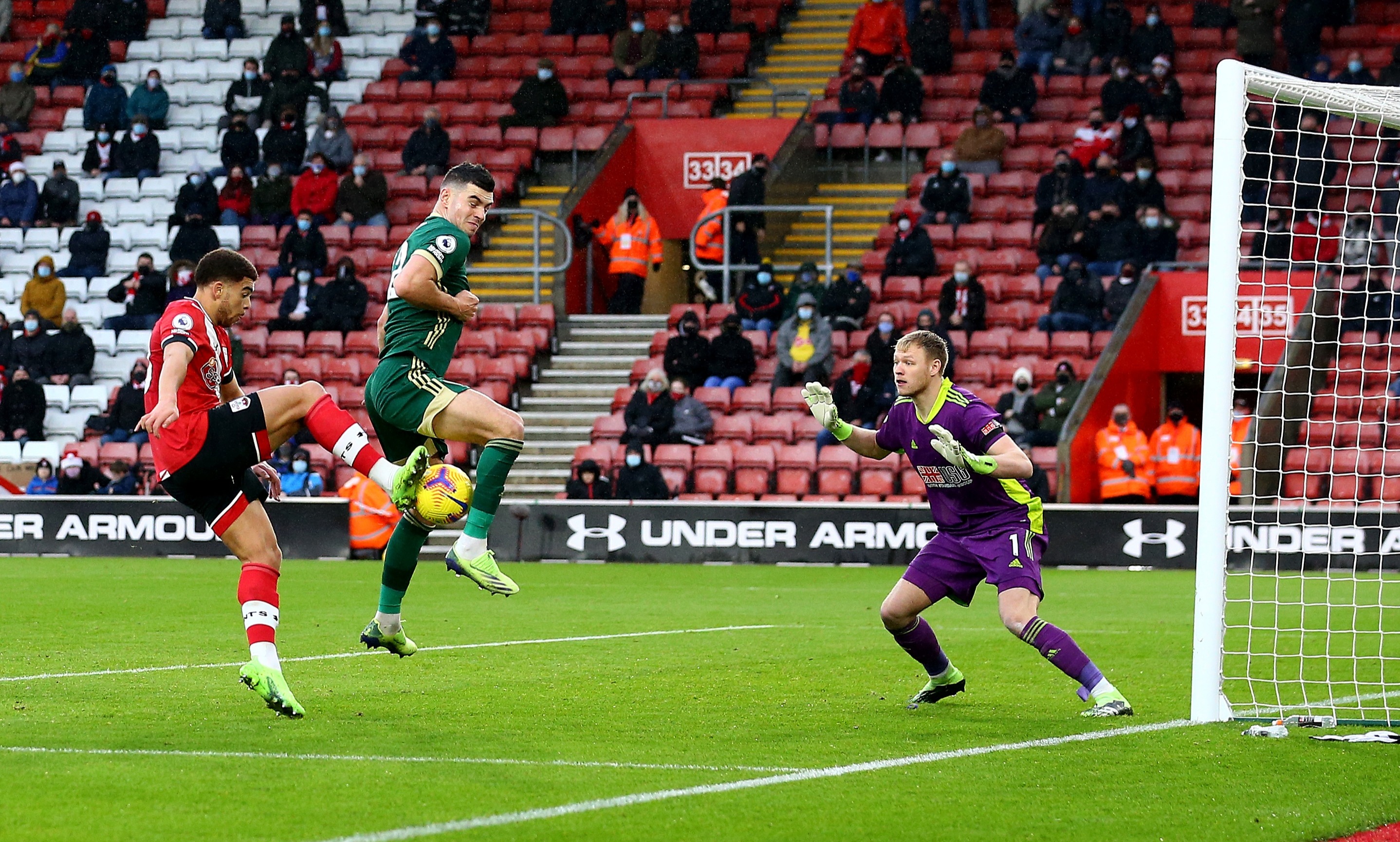 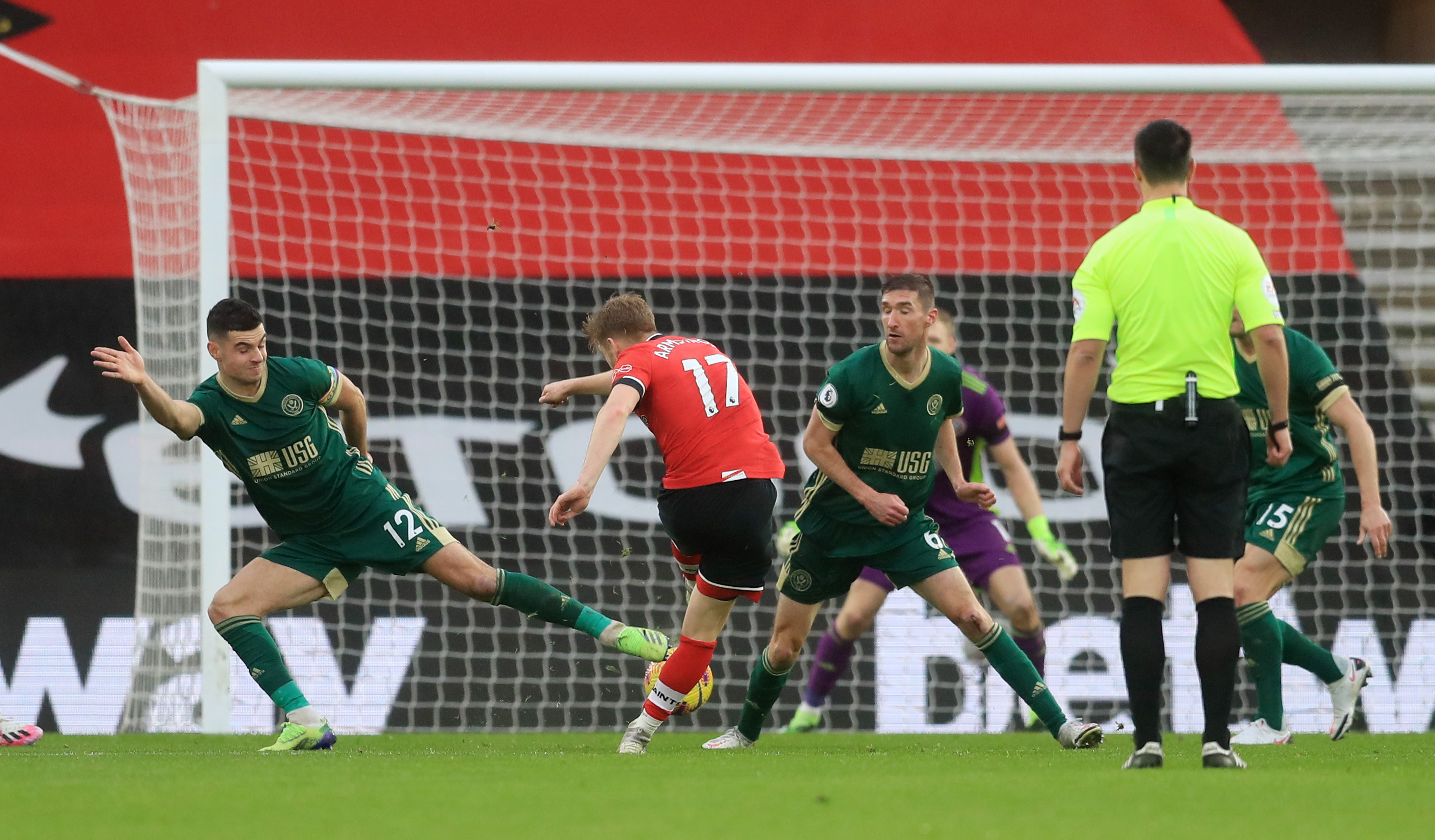 But the Blades are now in real danger of being cut adrift at the foot of the Premier League as they crashed to the 11th defeat of a miserable season so far.

Boss Chris Wilder may be a local hero among supporters for the job he has done lifting the club out of League One up into the top-flight, but there are growing signs he is losing the ability to get his team to deliver.

Time is running out for the Yorkshire club to find their first win, and Wilder decided to gamble on bringing Phil Jagielka and Billy Sharp in from the start in a desperate attempt to shake things up.

But veteran striker Sharp, picked ahead of £20million Rhian Brewster, hardly got a look-in as the Blades looked blunt in attack.

And Jagielka, for all his effort and industry, found himself play a key role in both Southampton’s goals as Wilder’s side once again proved too easy to beat.

Jagielka needlessly attempted to head clear a James Ward-Prowse free-kick which was travelling towards keeper Aaron Ramsdale in the 34th minute, leading to Saints opening the scoring.

The ball looped high in the air, Jan Bednarek won the header and Che Adams nipped in before the hesitating John Egan to touch the ball home.

It was all too easy for Southampton who were in complete control of the game, although had Sander Berg not sliced a shot across the face of goal when well placed just before the break it might have been different. 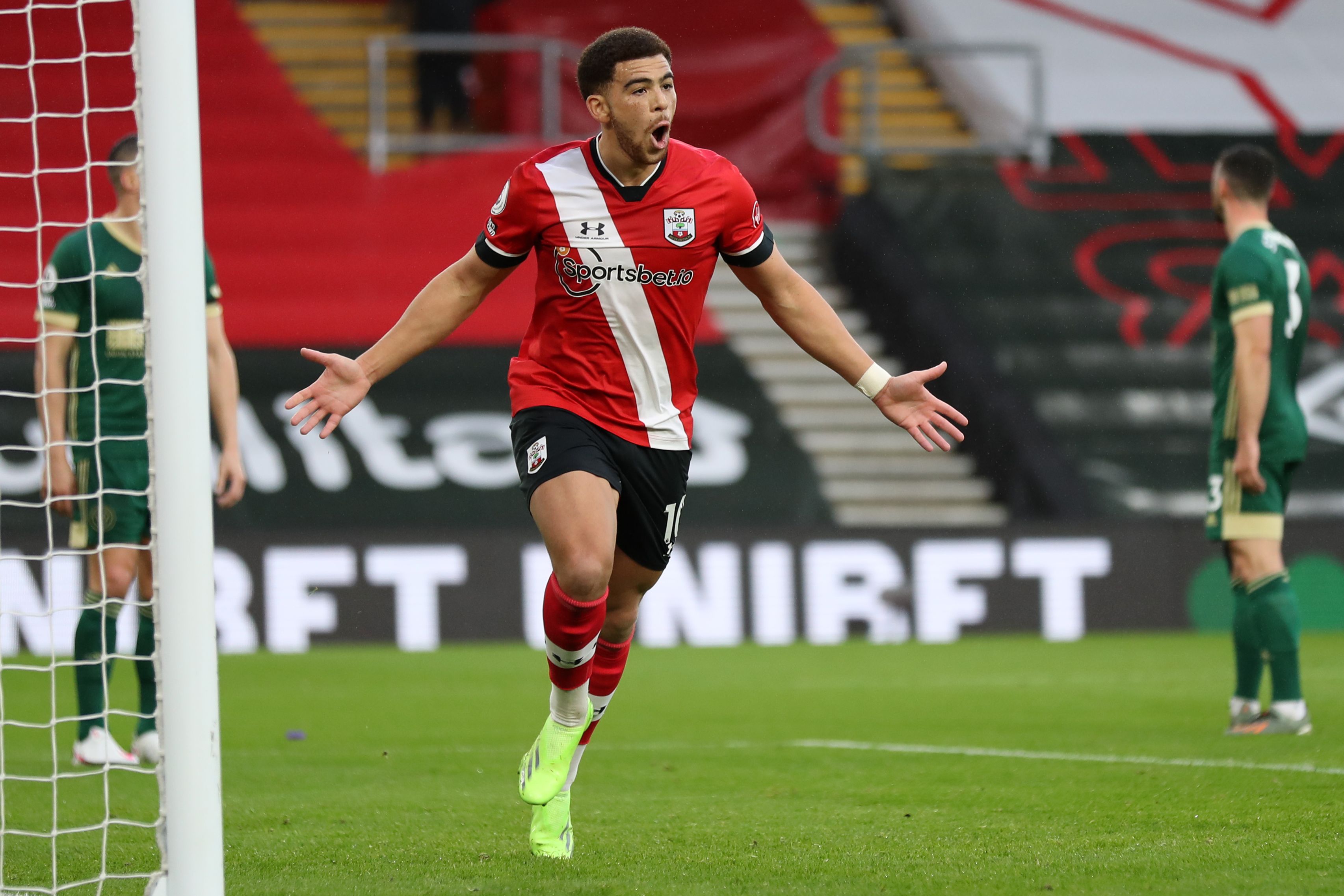 Che Adams wheels away in delight after scoring his fourth goal of the seasonCredit: AFP 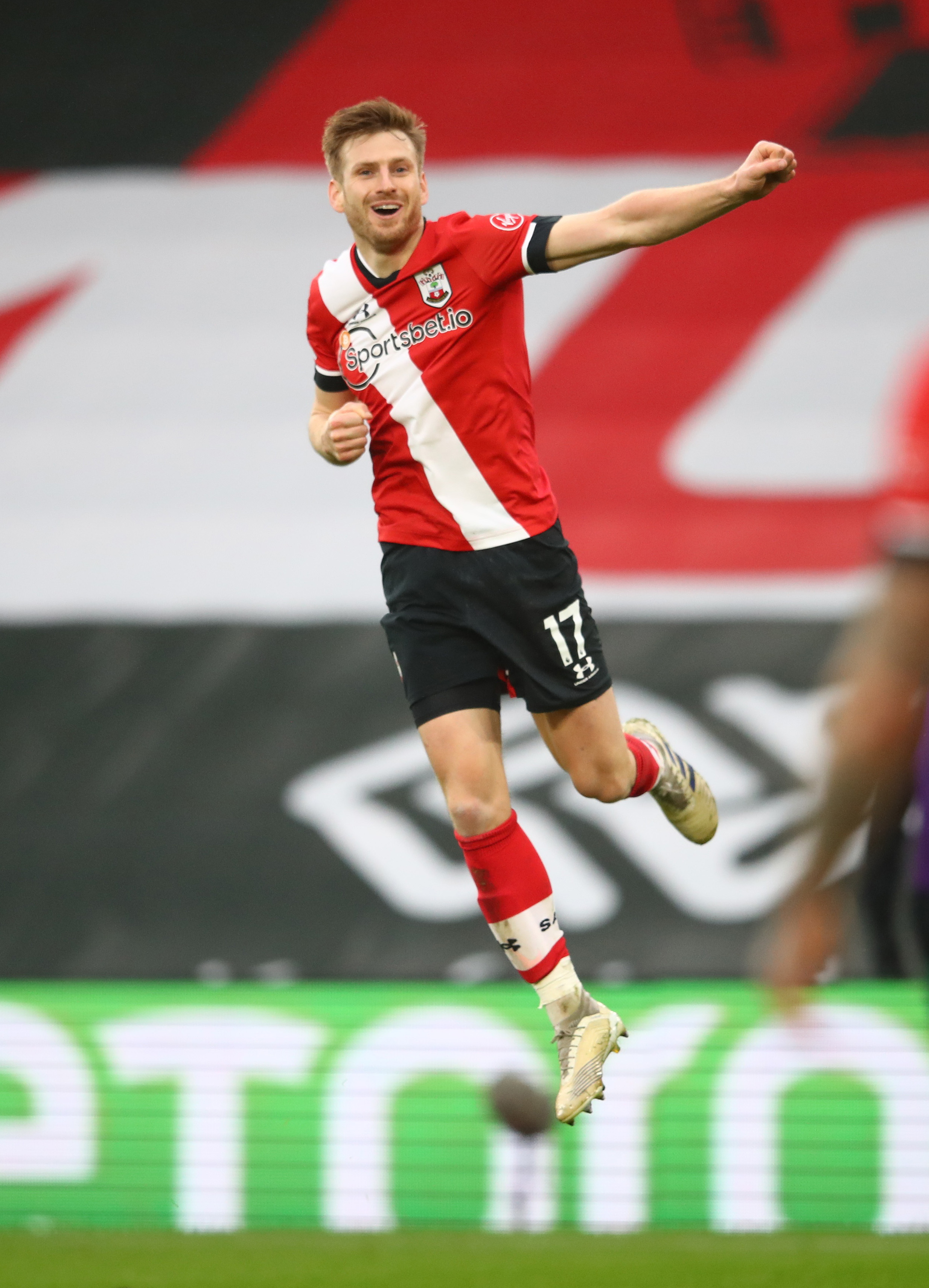 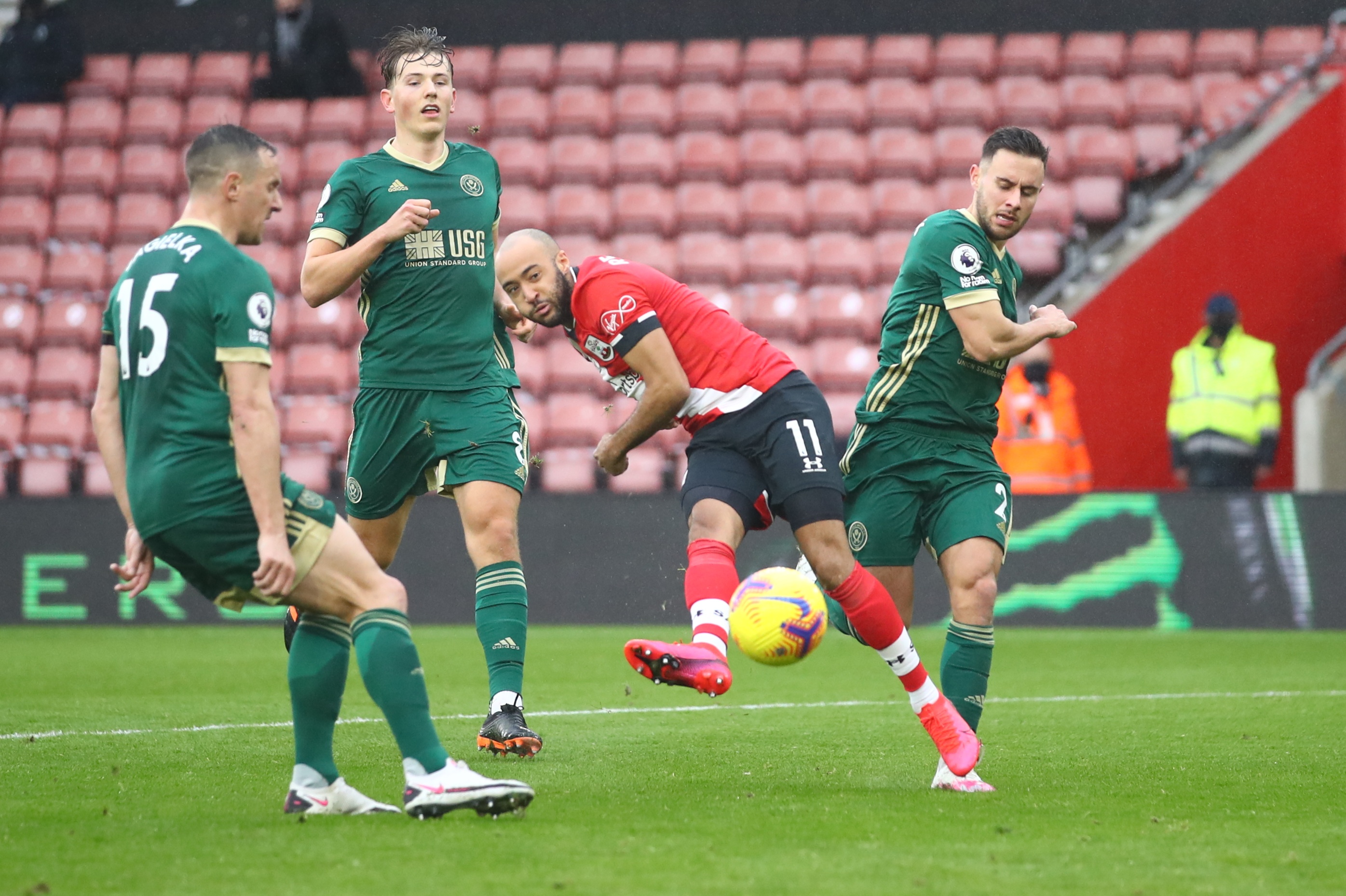 Nathan Redmond it 3-0 late on as Southampton moved up to third in the tableCredit: Reuters

Egan went close to making amends for his part in the first goal, only to glance a header just the wrong side of the top corner in a rare moment of danger for Saints.

And the home side made certain of the win with a second on 62 minutes when Ings found Stuart Armstrong on the edge of the box.

He cut onto his left foot and let fly with a the shot deflecting off Jagielka and into the bottom corner with Ramsdale stranded.

Saints made it three when in the 83rd minute when sub Nathan Redmond played a neat one-two with Oriol Romeu to slot the ball low into the bottom corner.