RYAN Giggs’ sobbing ex-girlfriend told cops he cheated on her with a dozen women, a court heard yesterday.

Ryan Giggs’ sobbing ex-girlfriend told police he cheated on her with a dozen women, a court heard yesterdayCredit: BackGrid 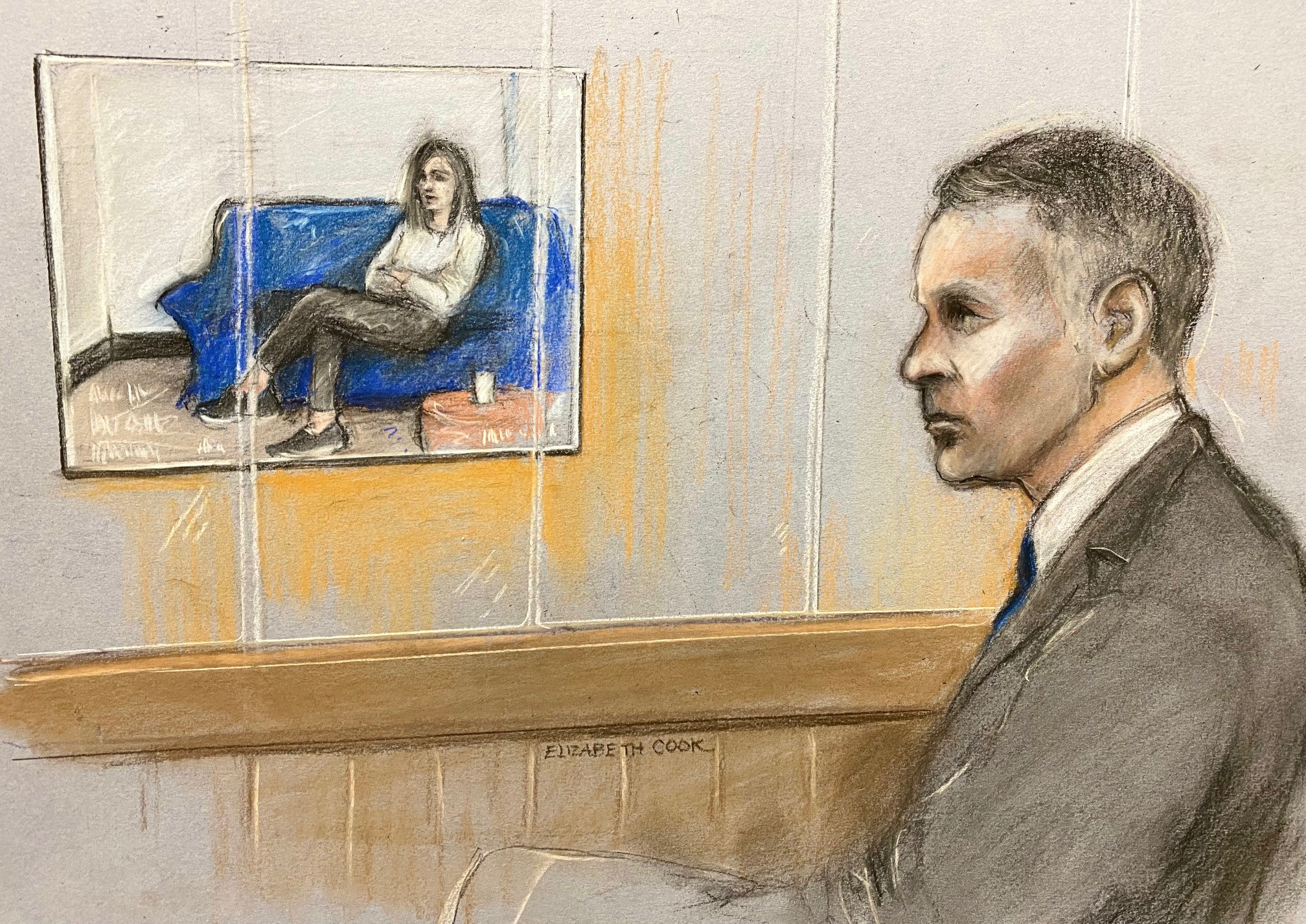 Police bodycam footage was played to the jury from the night the former Manchester United star allegedly headbutted Kate Greville in the faceCredit: PA

It was alleged earlier in the trial that the former Man United star, 48, had eight affairs.

Kate wept as she described being in lockdown with him as a “living hell”, a court heard yesterday.

She told jurors that the football legend became “more angry and aggressive” and that it was “a horrific time for me”. 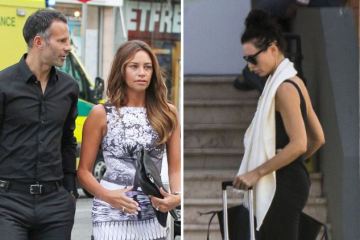 And the jury heard that she told cops he cheated on her with a dozen women.

Footage showed Kate sobbing as she dabbed her lip with a tissue.

She told police: “Basically, I found a load of s**t before I told him and kept it to myself.

“I found he had been cheating on me for the last six years with ten or 12 women.

“Every time I found something it got worse, I found his iPad, kept it all to myself for two weeks.”

Earlier in the case, the court heard Giggs, 48, had eight affairs, which Greville uncovered on his tablet.

She said they were “full-on relationships that had gone on constantly from 2014”.

The footage emerged on day four of Giggs’s trial at Manchester Crown Court. The ex-Wales international is accused of controlling and coercive behaviour against Kate between August 2017 and November 2020.

He is further accused of assaulting Kate causing actual bodily harm and the common assault of her sister.

Giggs denies all the charges.

The court also heard that:

She broke down in tears as she told a jury how Giggs left her suffering panic attacks after being trapped in a “living hell” during lockdown.

Kate said: “I felt like I was losing my mind. I was having panic attacks. It was a horrific time for me.”

Defence lawyer Chris Daw QC asked her: “You suggested lockdown was a period of living hell and there was nothing good about it.

Basically, I found a load of s**t before I told him and kept it to myself. I found he had been cheating on me for the last six years with ten or 12 women.

“Could you not have stayed at your parents’ house?” Breaking down in tears, she said: “Yes, I wanted to stay with Ryan.

“It was a cycle of abuse that made me feel insecure. I kept going back, he kept promising the world.

“He made me believe that he would not do it again and, stupidly, I went back. I am hugely ashamed of that but I did.” Mr Daw played two videos ofthe pair in lockdown.

They were exercising together in the garden and appeared in a TikTok video rapping to 50 Cent’s In Da Club.

Mr Daw put it to her that lockdown was “hard for everyone” but the couple were doing “fun things” including having Michelin star chefs cook for them, wine tasting on Zoom and online quizzes.

PR executive Kate said: “It was not all fun. It doesn’t mean he was being nice to me all the time.”

Kate claimed he had “conditioned” her to reply to text messages within seconds and had isolated her from friends and family. But Mr Daw pointed out a number of photos of Kate on holiday with friends in 2019 and 2020, when she visited Malta, Ibiza, Greece, Portugal and had also been skiing.

Kate denied having “active, regular and very enthusiastic sex” with Giggs at the time she had a contraceptive coil removed — and rejected the suggestion her plan was to get pregnant.

She did admit lying to Giggs by telling him she’d been told she had cancerous cells following a smear test — saying it was to cover up the fact she was going for an STD test, which came back negative. Giggs was branded “a pig” by Kate after she found messages on his phone to another woman after moving in with him during the pandemic.

Following the alleged incident in August 2020 — just five months after they started living together at Giggs’s £1.7million mansion in Worsley, Gtr Manchester — she messaged him: “Thank you for wasting my time you absolute pig. You are vile. Go to hell you absolute skank.

It was a cycle of abuse that made me feel insecure. I kept going back, he kept promising the world.

“You’re a liar, you’re a cheat, you’re a narcissist, you’re a manipulator, you’re controlling, you’re aggressive, you’re violent, you’re a disappointment. No f*** off out of my life.”

Giggs replied in an email: “That angry you can’t write. Chills. Kate, you didn’t catch me in bed with anyone. I sent a few drunken texts, chills babe. I wish I had cheated now.” In another he said: “Give the therapist a call, Kate.”

The mum of one was asked about an alleged incident at The Stafford London hotel on December 6, 2019.

She said Giggs kicked her out of bed and threw a laptop bag at her head, before ejecting her from the room naked.

She also claimed he threw her naked into a hotel corridor in Dubai in September 2017.

Giggs is accused of assaulting Kate on November 1, 2020, following a night out. She said he headbutted her in the face.

He is also accused of assaulting her sister Emma, 26.

His mother Lynne, watched on at court yesterday. Trial continues. 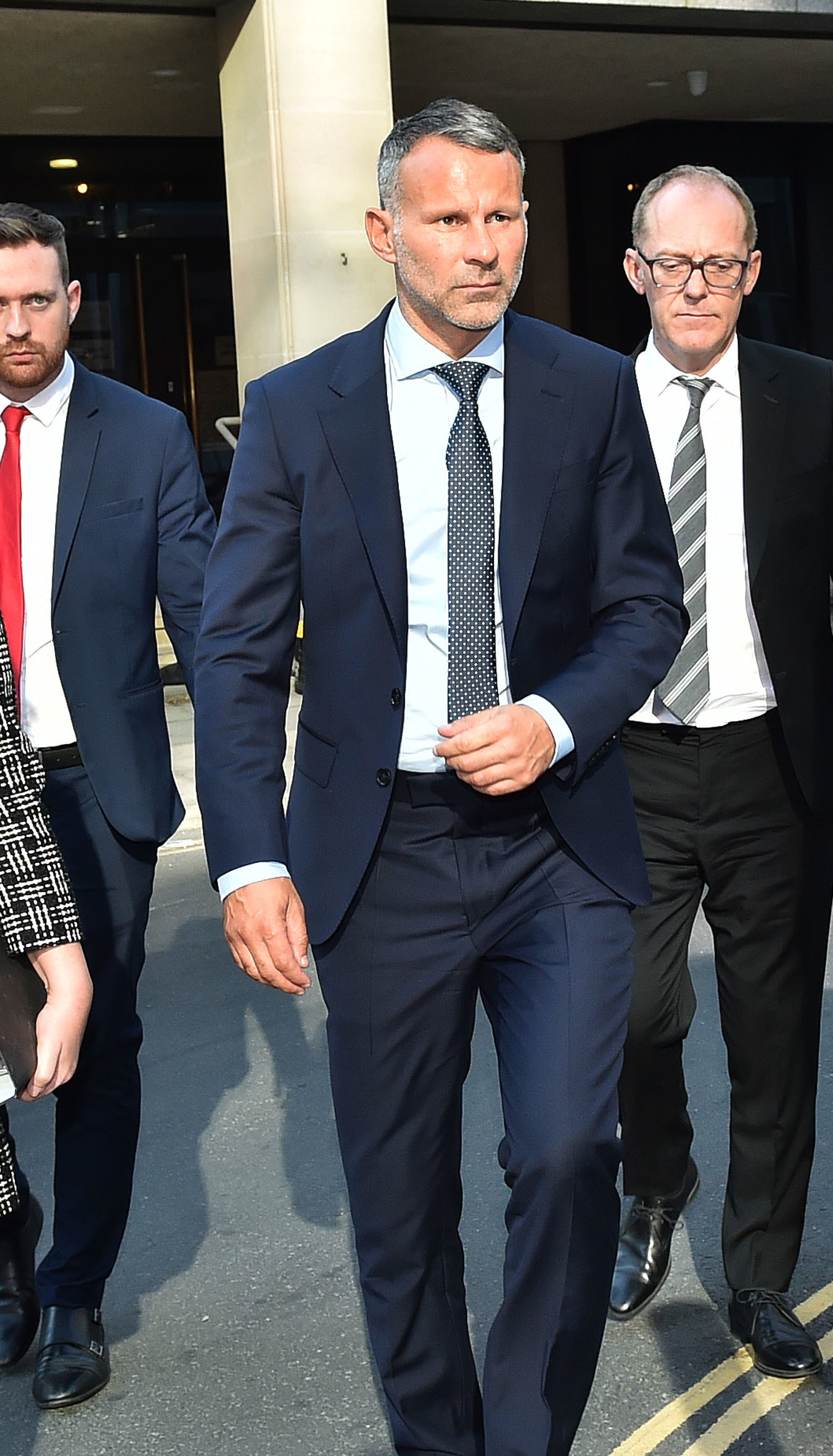 Giggs’s mother Lynne arrives at court to watch the proceedings of her son’s caseCredit: PP.