MARK HALSEY has called for delayed offside flag guidelines to be changed — before a player is seriously injured. 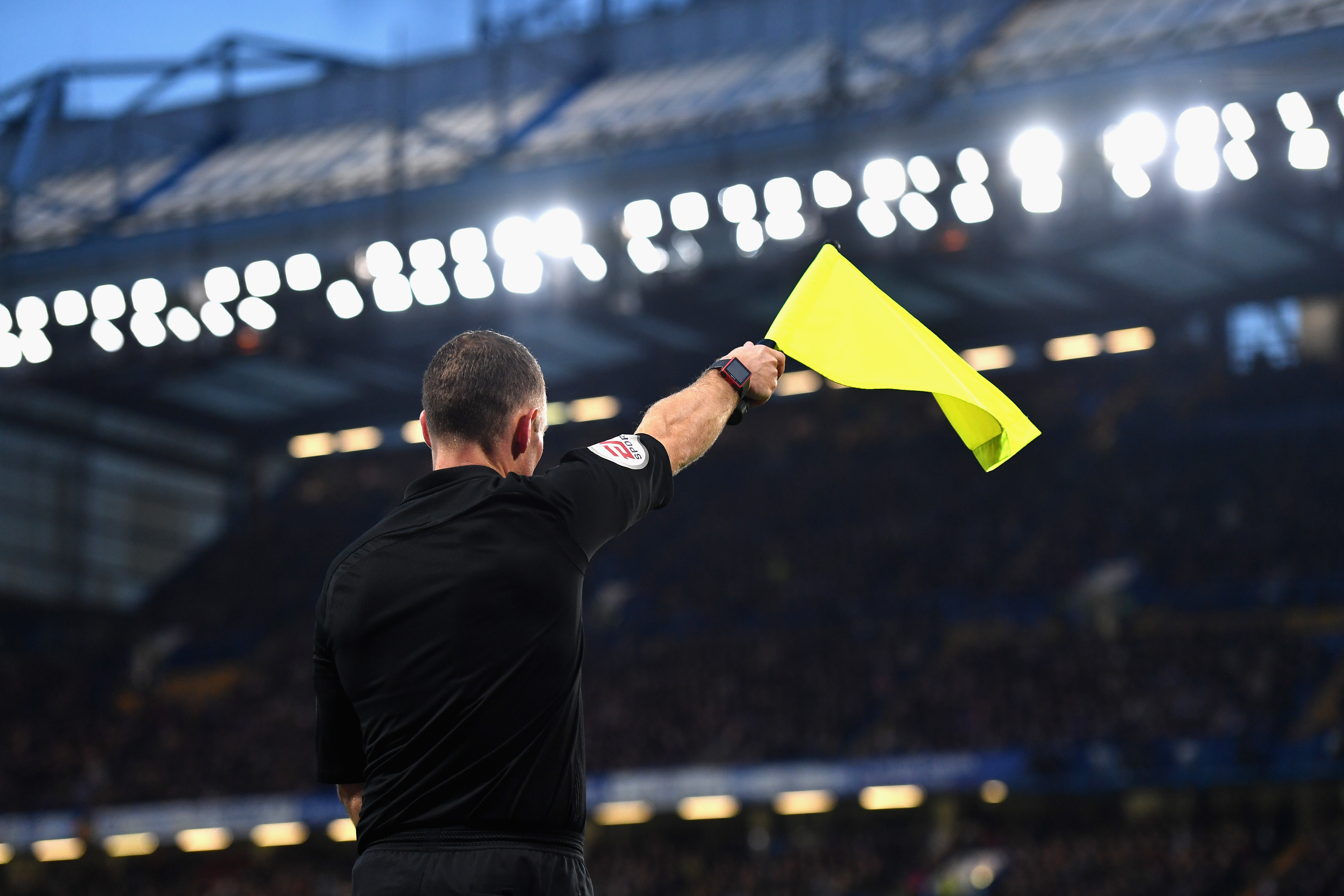 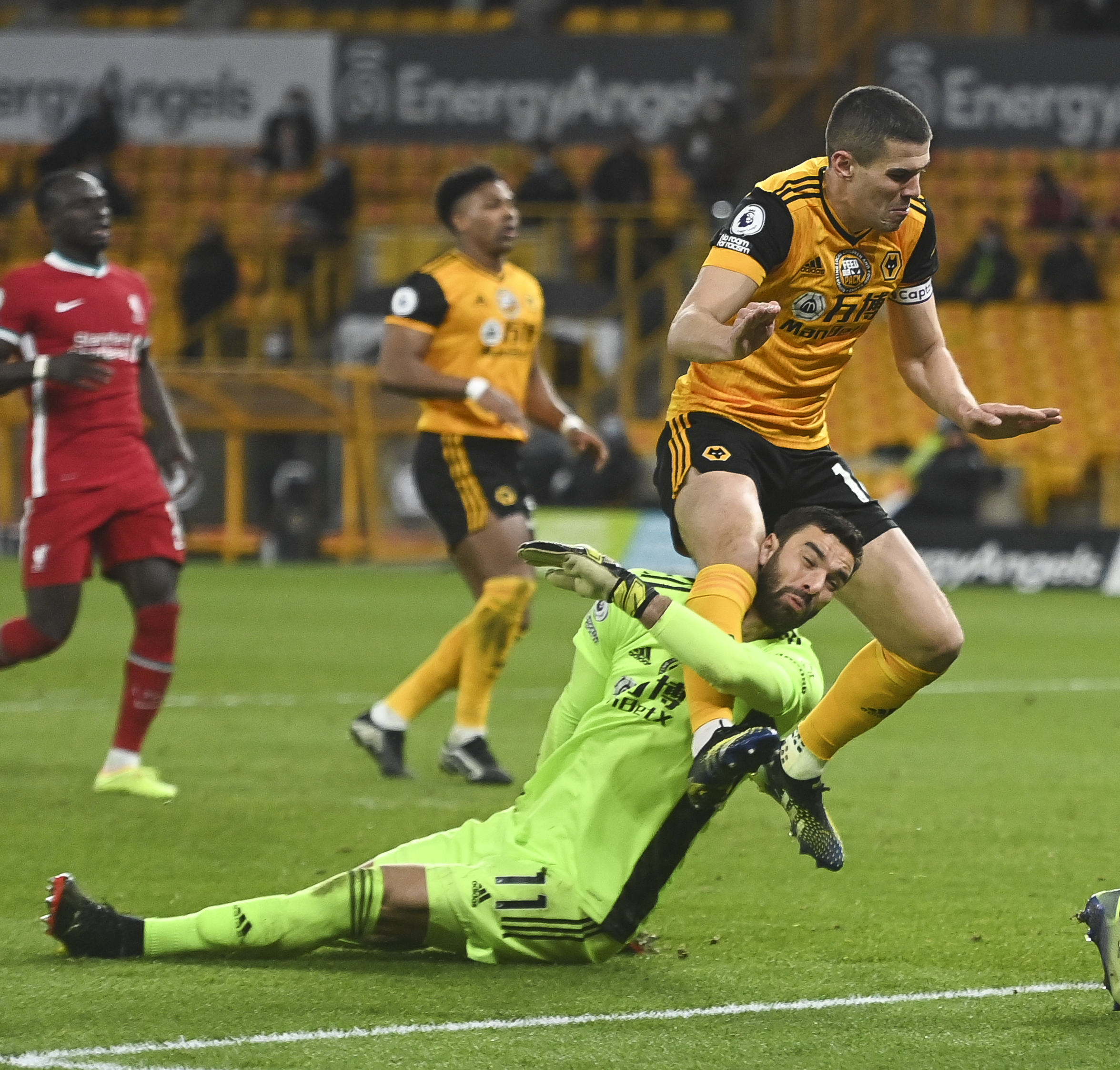 Wolves keeper Rui Patricio suffered a nasty blow to head on Monday after the assistant referee delayed raising his flag due to the new rulesCredit: Kevin Quigley-The Daily Mail

Mo Salah was offside as he raced through to score, only for the flag to be raised once the ball found the net.

The Portugal keeper, 33, followed concussion protocols yesterday but appeared to emerge unscathed, despite going off on a stretcher and needing oxygen after a 15-minute delay.

Reds boss Jurgen Klopp said the use of the delayed offside flag “needs to be looked at” and former Premier League referee Halsey also demanded  a review.

The SunSport refereeing expert said: “I have had major concerns with the protocol all season, it’s been an accident waiting to happen.

“Rui Patricio was lucky because the incident looked very serious. If this protocol is not changed now I fear more serious injuries.

“I remember other incidents when Ben Mee and Eric Bailly have suffered injuries  trying to recover to make a last-ditch challenge.

“In those cases the flag did not go up but the  forward was later deemed to be offside.

“Player safety is paramount and we need to learn from what happened to Patricio.” 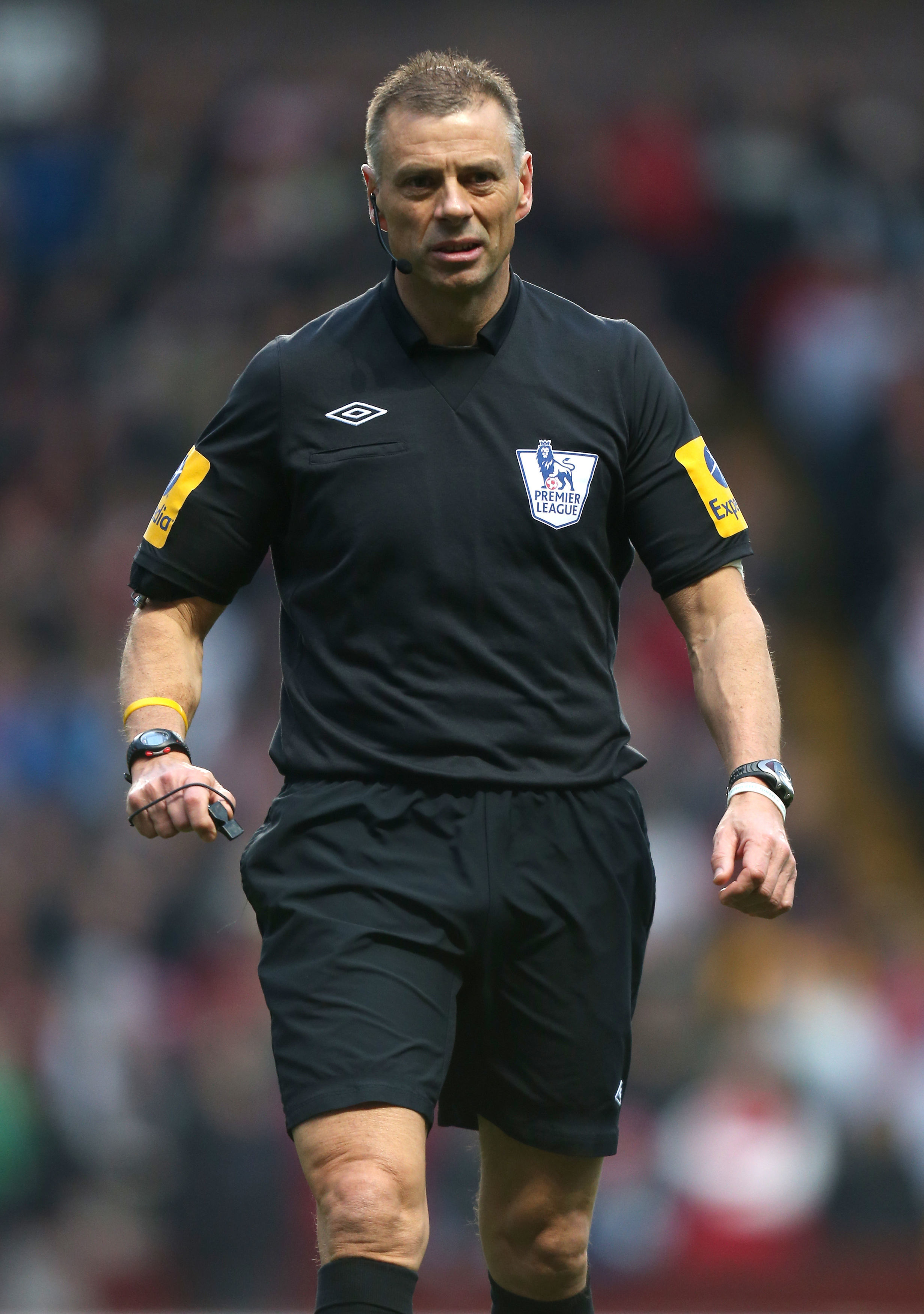 Assistant referees have been told to keep their flag down, even if they think there is an offside, until the passage of play is complete.

Only once a goal is scored or the chance has gone will the assistant raise their flag.

That is so if a goal is scored, VAR can review the offside call.

But Halsey has a solution to try to cut out incidents such as Patricio’s.

Halsey,  a Prem referee for 14 years from 1999, added: “I understand why the protocol was introduced because everyone in football doesn’t want goals to be ruled out for tight offsides.

“My solution is any offside from the 18-yard line to the goal-line should result in the assistant referee  keeping their flag down.

“In those cases there is a great chance of a goal.

“If the offside takes place outside the penalty area up to the halfway line then the on-field officials should be making the call.

“Back when I was an assistant referee, I was told to give the benefit of the doubt to the attacker but I’d always make the call.

“That’s what we need to revert back to.”