Former right-back Neville has been one of the most high-profile figures to blast the proposal since the breakaway was announced a week ago. 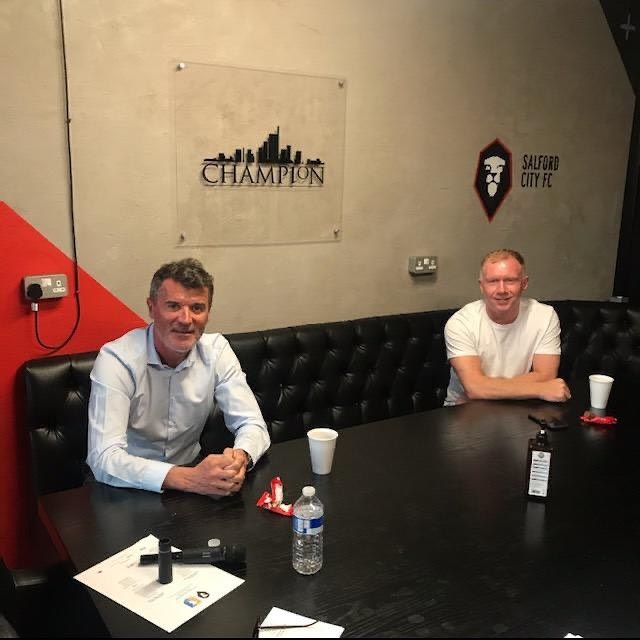 Roy Keane could not resist winding-up Gary Neville as he re-united with Paul ScholesCredit: Instagram / @officialkeane 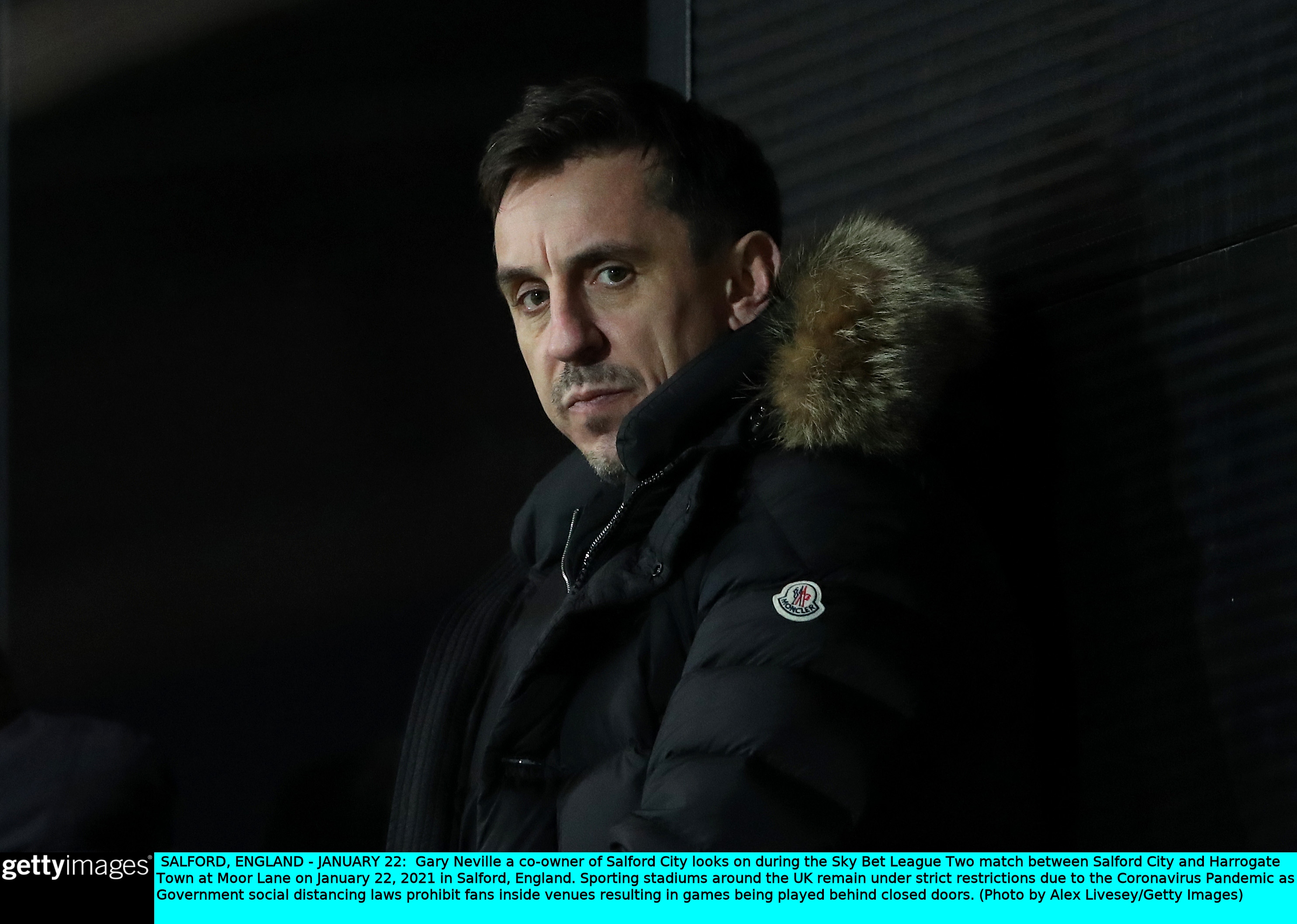 He slammed the owners of the Big Six and the rest behind the proposal as ‘imposters’ and ‘bottle merchants’ while working on Sky Sports.

Neville also used his social media to register his anger and disgust and, like the rest of the Premier League and football fans around the country, was delighted when protests succeeded to force those involved into an embarrassing U-turn.

His old United captain Keane took to social media himself earlier to post a photo of him alongside fellow icon Paul Scholes after he attended Salford’s 2-0 League Two win over Mansfield yesterday.

And it appeared he just could not resist winding up Neville with the caption that accompanied his snap.

Keane wrote: “Nice to catch up with Scholesy at the Salford game. Our plans for coming out of retirement to join the European Super League have been ruined by @gneville2.”

His remark caught the eye of several other former Old Trafford stars.

Rio Ferdinand replied with crying with laughter emoji as Phil Neville commented with a love heart.

And the latter’s brother Gary also took it in good spirits as he responded with laughing emojis himself.

Despite its collapse, Neville continued to warn supporters not to forget about the last week and the attempted breakaway while working on Sky Sports today.

He said: “We nearly lost it, we nearly lost football in this country, in the way in which we’ve always known it which is fair and competitive.

“And we nearly lost our top six clubs from it. How can we be in that position ever again?

“Most of us would go along with a theory of an apology is acceptable. An apology is not acceptable in this instance, with regards to the six clubs.

“It can never be accepted, because last Sunday what they announced was the attempted murder of English football.”

He added: “What these six clubs have tried to do is freeze time, freeze the fact they are the ‘big six’ forever.

“That means you take away the ambition of every other single football club in this country to try and get into that top six, and that is absolutely scandalous.

“Saying I am sorry is not enough. Enough is enough, we have to do something big.” 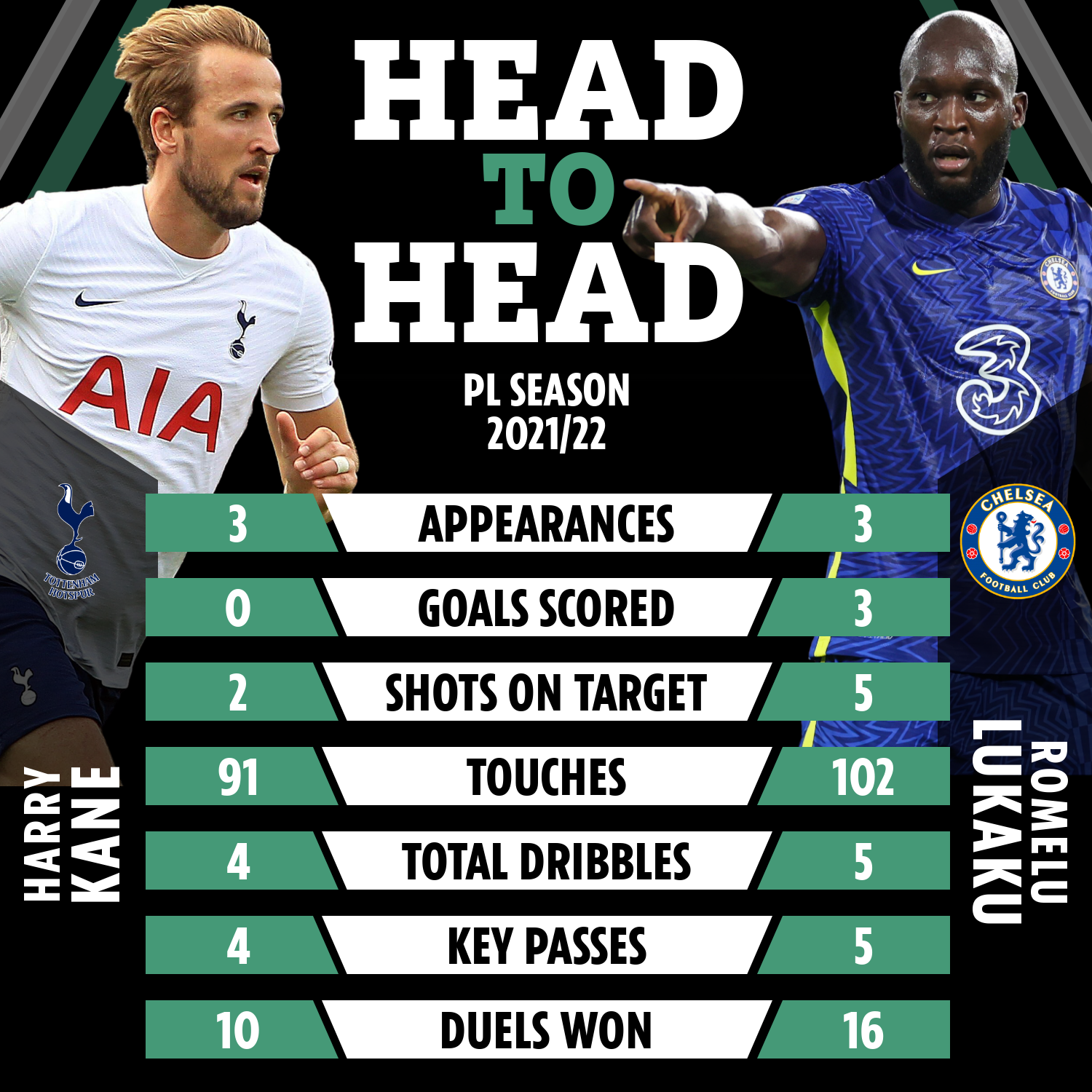