ROY KEANE believes Gareth Southgate ‘must be rubbing his hands’ at the scary potential of teenage English star Jude Bellingham.

Roy Keane was gushing with praise for one of England’s young talentsCredit: ITV 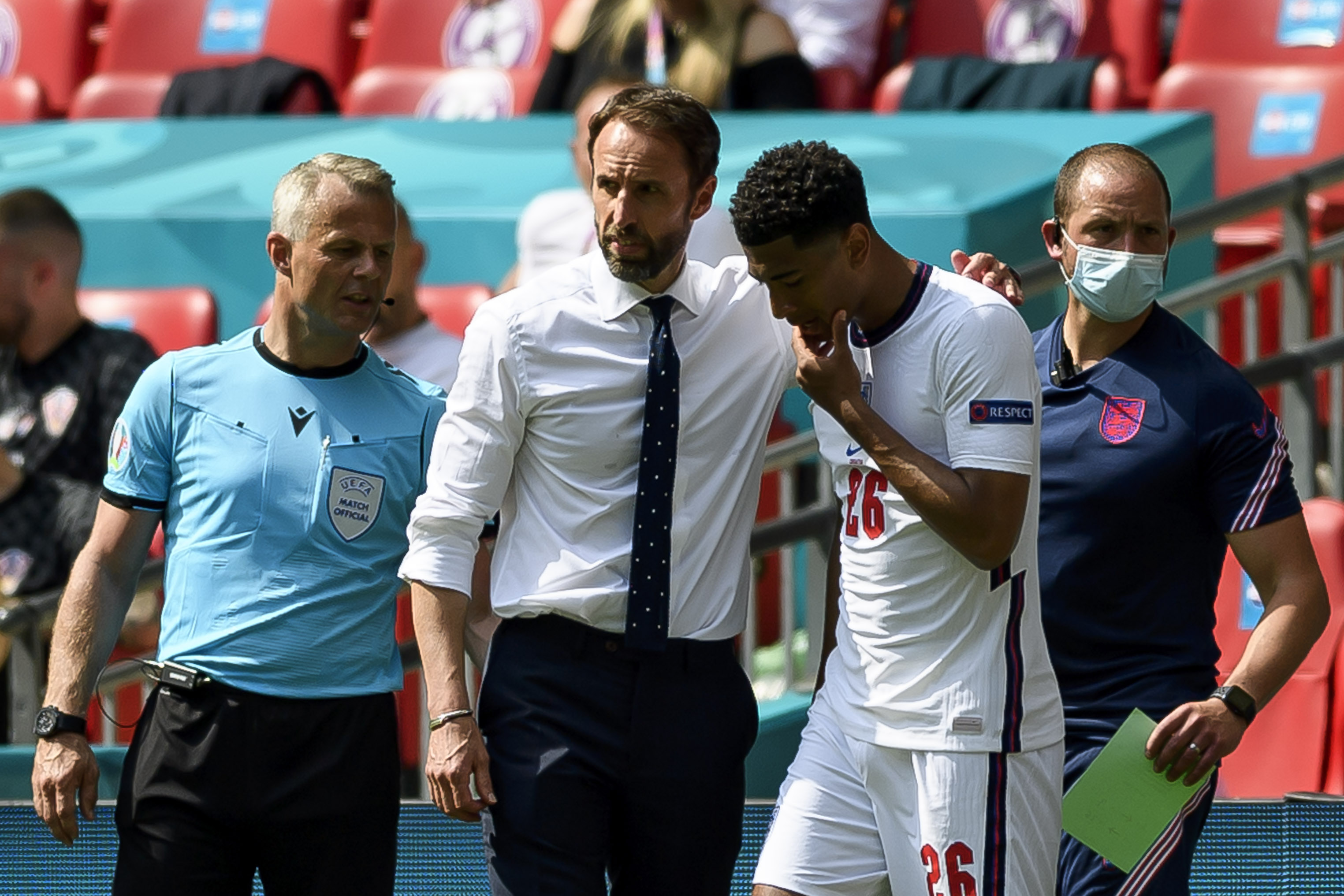 He says Gareth Southgate must be ‘rubbing his hands’ at the potential of Jude BellinghamCredit: Getty

Since then he has gone on to become a regular for the German giants as well as force his way into the Three Lions first-team squad.

Bellingham was named in England’s starting line-up for tonight’s final World Cup qualifier away to San Marino as they sealed qualification for Qatar 2022.

Before the game the 18-year-old, who is wanted by Liverpool, received a glowing endorsement from the notoriously hard-to-please former Manchester United captain Roy Keane.

Speaking to ITV, the no-nonsense Irishman said: “He’s got a great chance, the kid, we love everything about him.

“What he does on the pitch, the way he speaks off it, he’s playing week in, week out for a top club [Borussia Dortmund].

“The potential in this kid is scary.”

Keane added: “I saw him recently playing in a Champions League game and he was producing passes… I didn’t think he had that in his locker quite yet.

“The potential for this boy, he’s a good size, he’s like a boxer, he’s a strong powerful boy.

“Gareth [Southgate] must be rubbing his hands.”

And it was not only Keane who was singing the praises of Bellingham – Arsenal legend Ian Wright also joined in.

He said: “The way his game is continually improving, as long as he can keep himself fit, you have to say, in a year’s time, he’s probably a starter for England.”

The rise of Jude Bellingham from Birmingham to Dortmund