ROMELU LUKAKU grabbed only his ninth goal since returning to Chelsea to help his team through to Saturday’s Club World Cup final.

But if the Blues are to see off Brazilian side Palmeiras and win this competition for the first time, they will have to do a hell of a lot better than this laboured semi-final win here in Abu Dhabi. 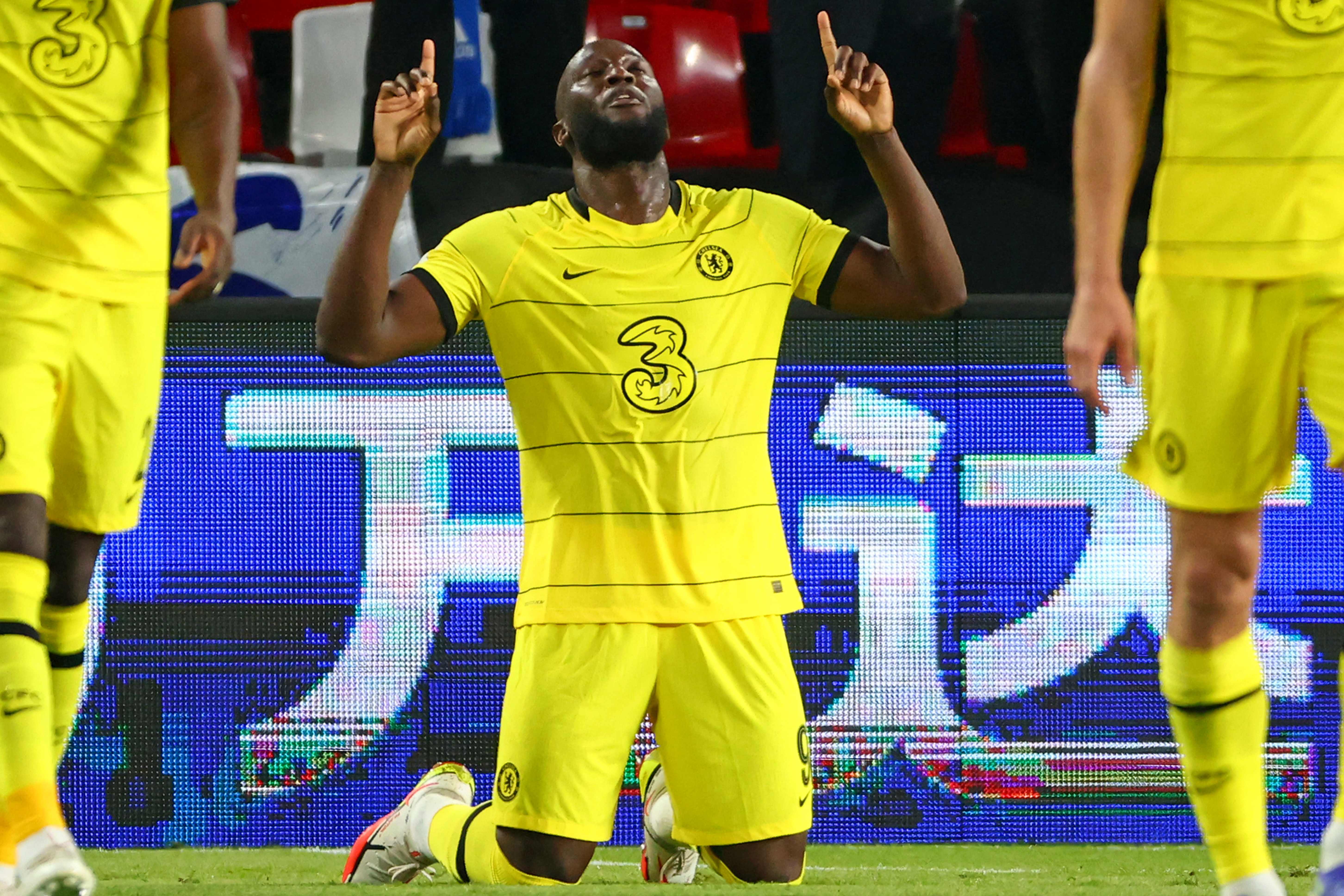 Lukaku reacts after grabbing his ninth goal of the season for the BluesCredit: AFP

What should have been a straightforward victory over their limited opponents from Saudi Arabia turned into a real slog.

And manager Thomas Tuchel, orchestrating proceedings from home in England having tested positive for Covid 19, had keeper Kepa Arrizabalaga to thank for preserving Lukaku’s first half strike.

Tuchel will hope to travel to the UAE on Friday, providing he tests negative, and knows his team will have to be much sharper.

Lukaku, a £97.5million summer arrival from Inter Milan, continues to struggle to look anywhere near as sharp as he did in Serie A last season.

And having scored just once in 2022 – against Chesterfield in the FA Cup – he once again looked sluggish.

Lukaku had a few chances before finally scoring in the 32nd minute and it was a chance that even he could not miss.

Al Hilal left-back Yasser Al-Shahrani made a complete mess of dealing with Kai Havertz’s cross and the ball fell straight at the feet of the Belgian striker who thumped the ball into the net.

Before the goal, Thiago Silva and Hakim Ziyech all had chances for Chelsea.

And at the start of the second half, Havertz hit the post after a surging run down the left.

In the best move of the match, Ziyech forced a flying save from keeper Abdullah Al-Mayouf.

From that point, after around an hour, Chelsea went right off the boil allowing the Saudi side to take control.

Former Watford and Manchester United striker Odion Ighalo spent most of the time throwing himself onto the ground trying to win free-kicks and penalties, without a lot of success.

Yet ex-Porto forward Moussa Marega forced a decent one-handed save from Kepa. 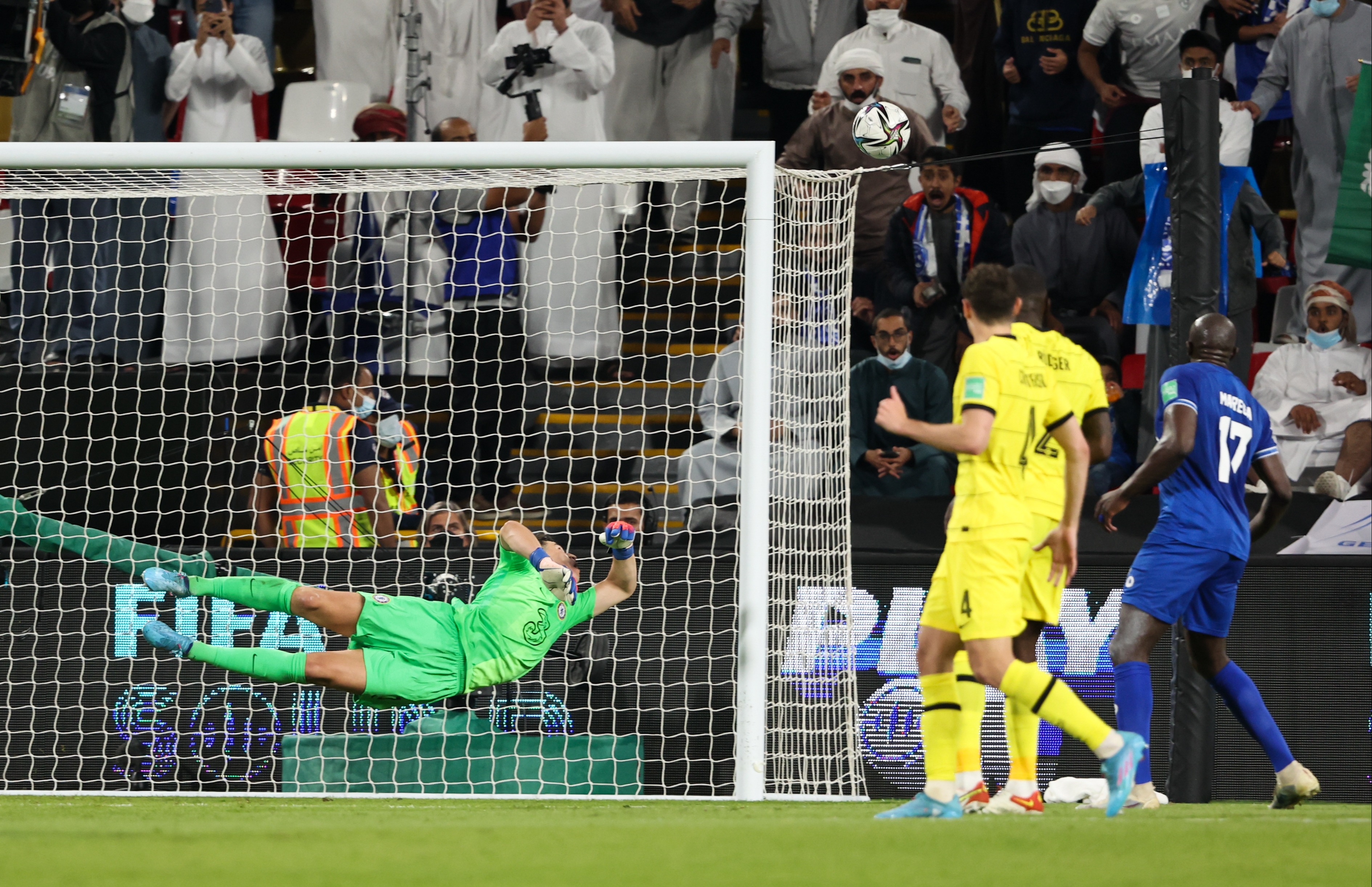 Spanish shot-stopper Kepa Arrizabalaga made a wonder save to deny an Al Hilal equaliser in the second halfCredit: Getty 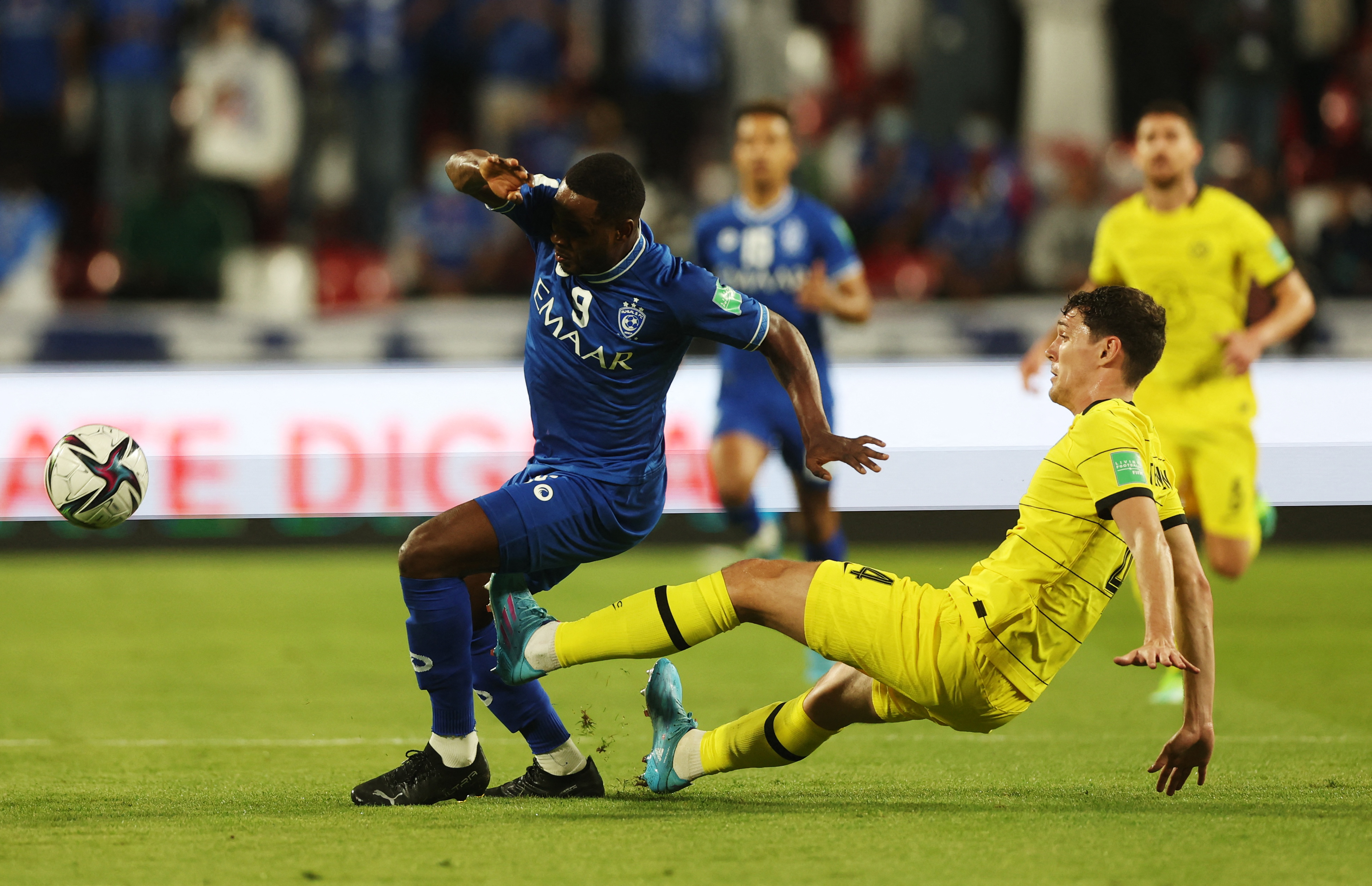 Chelsea were made to work to book their place in Saturday’s Club World Cup finalCredit: Reuters

And the Spaniard made an even better stop, flying to his left to push away a decent shot from Mohamed Kanno.

Chelsea were able to hang on, just about, and it was not as though they could blame the desert heat as it was about 16C in the evening here.

Blues’ usual first-choice keeper Eduoard Mendy had linked up with his team earlier in the day after jetting in fresh from celebrating his AFCON success with Senegal over Egypt.

Mendy was on the bench and Tuchel now has a decision to make. He will probably bring back his No1 for the final.

But Tuchel’s issues for Saturday, against a decent Palmeiras side, will be elsewhere other than keeper. 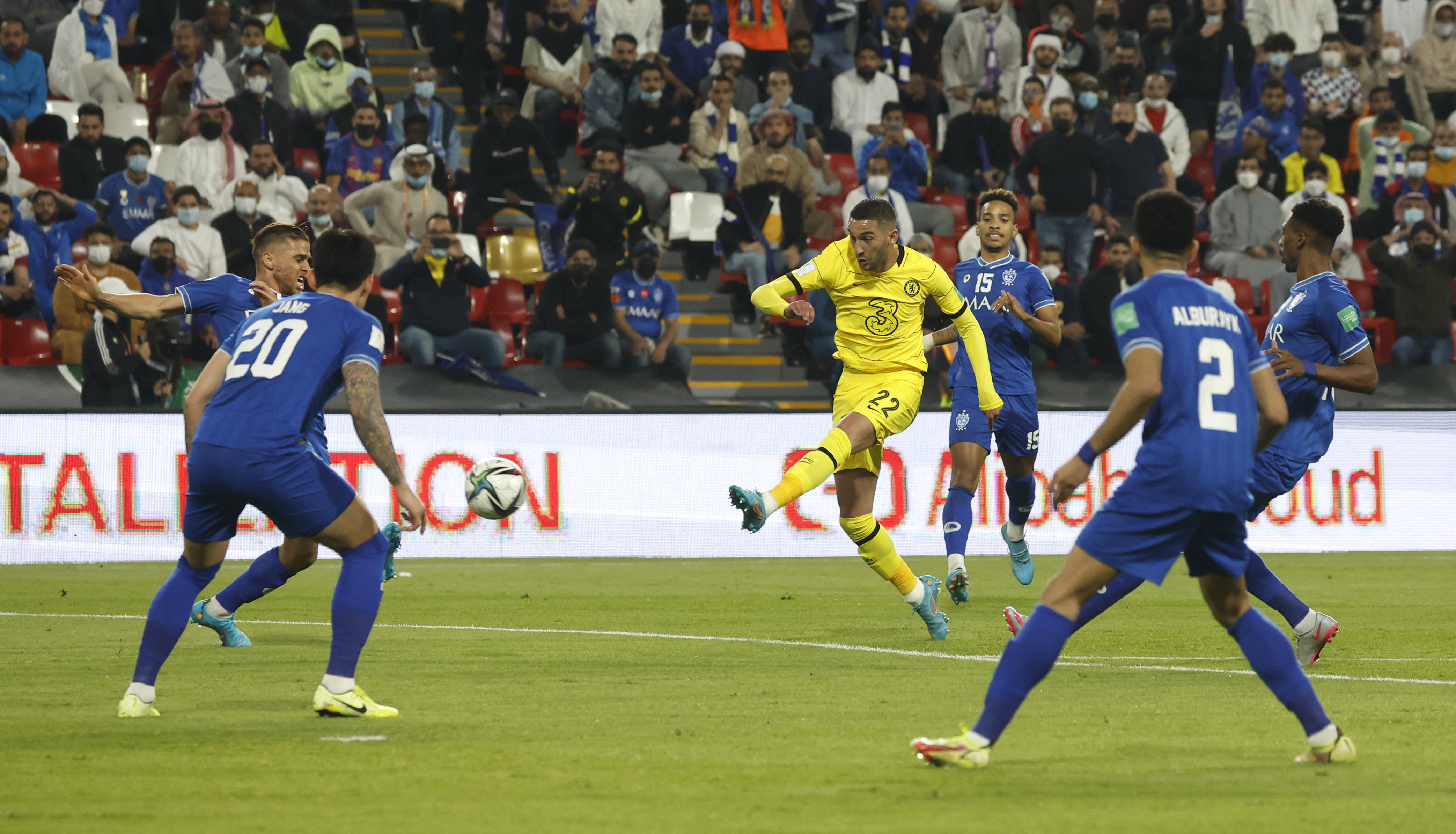 Hakim Ziyech came close to scoring from a brilliant volley, but his effort was tipped over the barCredit: Reuters