CHELSEA pair Romelu Lukaku and Hakim Ziyech had an emotional dispute as they walked off at half-time against Brighton.

The Blues duo were seen in a heated conversation as they headed down the tunnel at the Amex Stadium.

Hakim Ziyech and Romelu Lukaku are having a difference of opinions heading into the break, despite the Blues’ lead… 👀 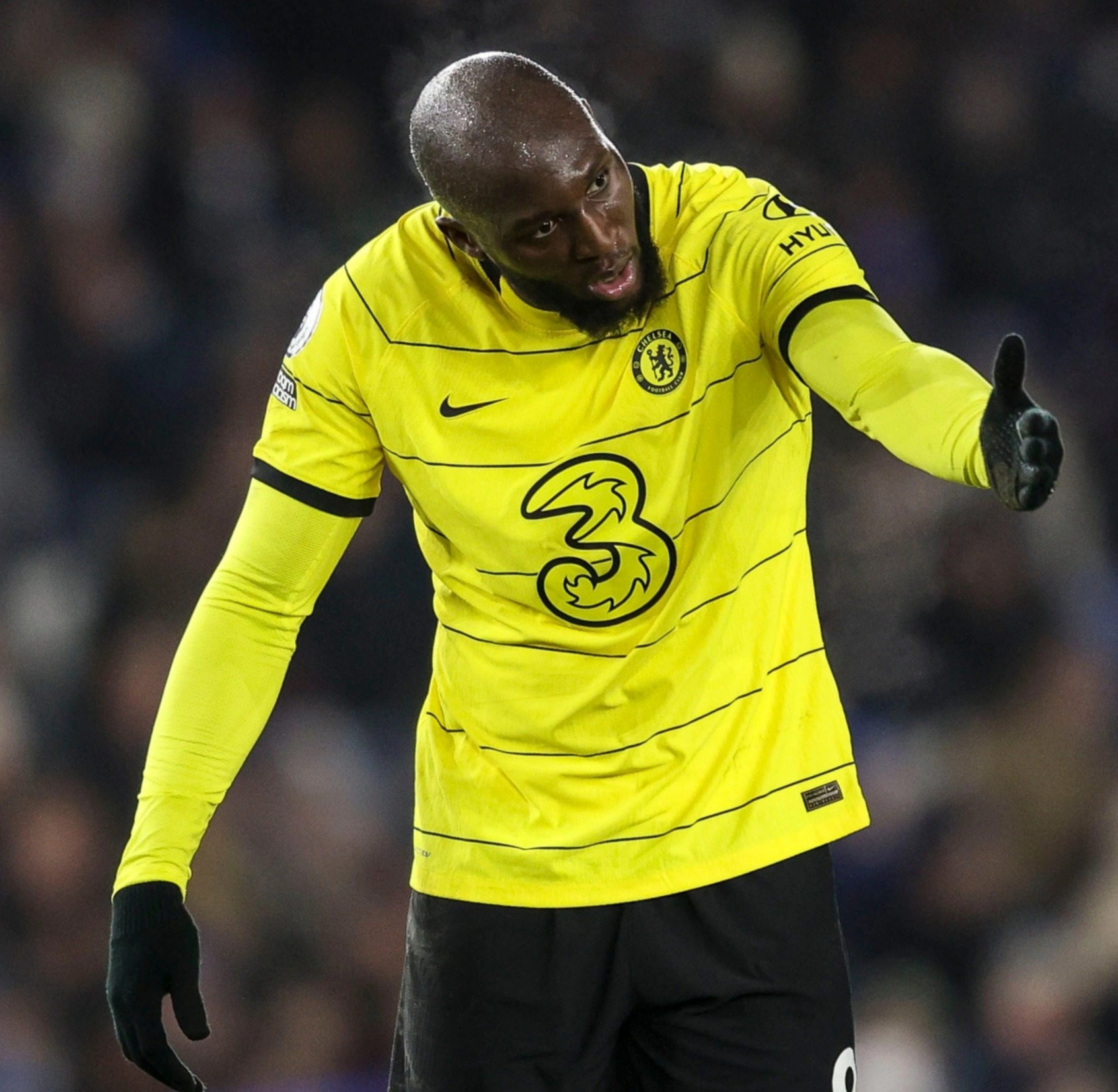 Lukaku cut a frustrated figure throughout the matchCredit: Getty

Ziyech, 28, gave the Blues the lead at the break when he fired the ball into the bottom corner from outside the box.

But his lack of celebration raised eyebrows and further concerns that all is not well in the Chelsea camp.

Ziyech also drew criticism from team-mate Lukaku after he overhit a pass that could have put the Belgian through on goal.

He also played the ball into the channel when Lukaku wanted it played inside his defensive marker – that was likely the spark of the little row at the half-time whistle.

Ziyech covered his mouth with his hand to hide what was said but Lukaku did not care, such was his unhappiness.

And though the pair may have attempted to settle their differences of opinion it did not work as Brighton had the better of the second half.

Adam Webster scored the Seagulls’ equaliser and Graham Potter’s side could have won the game.

By contrast the Chelsea attack once again underperformed – despite Thomas Tuchel publicly slating his forwards after the match against Manchester City.

Lukaku was quiet once again as he had little service to work off – he will likely be just as frustrated at being subbed off as he was at half-time.

Tuchel will share that emotion after Chelsea extended their winless Premier League run to four matches.

He added: “We looked tired and we are. We knew they were well prepared and had more time to prepare this match.

“We need full strength to overcome these obstacles so no complaints for the team – we are mentally tired.

“The boys need some days off there is no other solution.”