THE Sun’s lion mascot Harry Mane roared into Rome and defeated a gladiator in battle ahead of the Euro final.

He showed England’s Italian rivals just what they will be up against in Sunday night’s Wembley showdown.

Sun Mascot Harry Mane took on a Roman gladiator ahead of the Euro 2020 finalCredit: Dan Charity / The Sun

Harry Mane was victorious in a positive omen for EnglandCredit: Dan Charity / The Sun

Harry marked his victory by placing his foot on the vanquished foe as another Roman was shown looking on in horror.

And in another bad omen for the Italians, their training camp was disrupted by a Covid outbreak yesterday.

As the gods appeared to be smiling on England, Harry posed behind enemy lines at some of the capital’s iconic landmarks including the Colosseum.

Despite the warning of their looming conquest by Three Lions captain Harry Kane and his warriors, our mascot was mobbed by cheerful Italians who loved the mascot.

But a showdown dating back centuries kicked off during a visit to the Rome Gladiator School.

After emerging triumphant from the sword duel, our lion said: “It was a great victory and shows we can go all the way.

“It’s definitely coming home! This is a terrific sign we’re going to win. We have the passion, fight and desire and I can see us going all the way.

“Beating a gladiator is a great start.”

Defeated gladiator Asticus said: “I was no match for Harry Mane. He was too good. It was good fun though.

“I’m not sure about the final now. I’m very worried. I think we’re in trouble!” 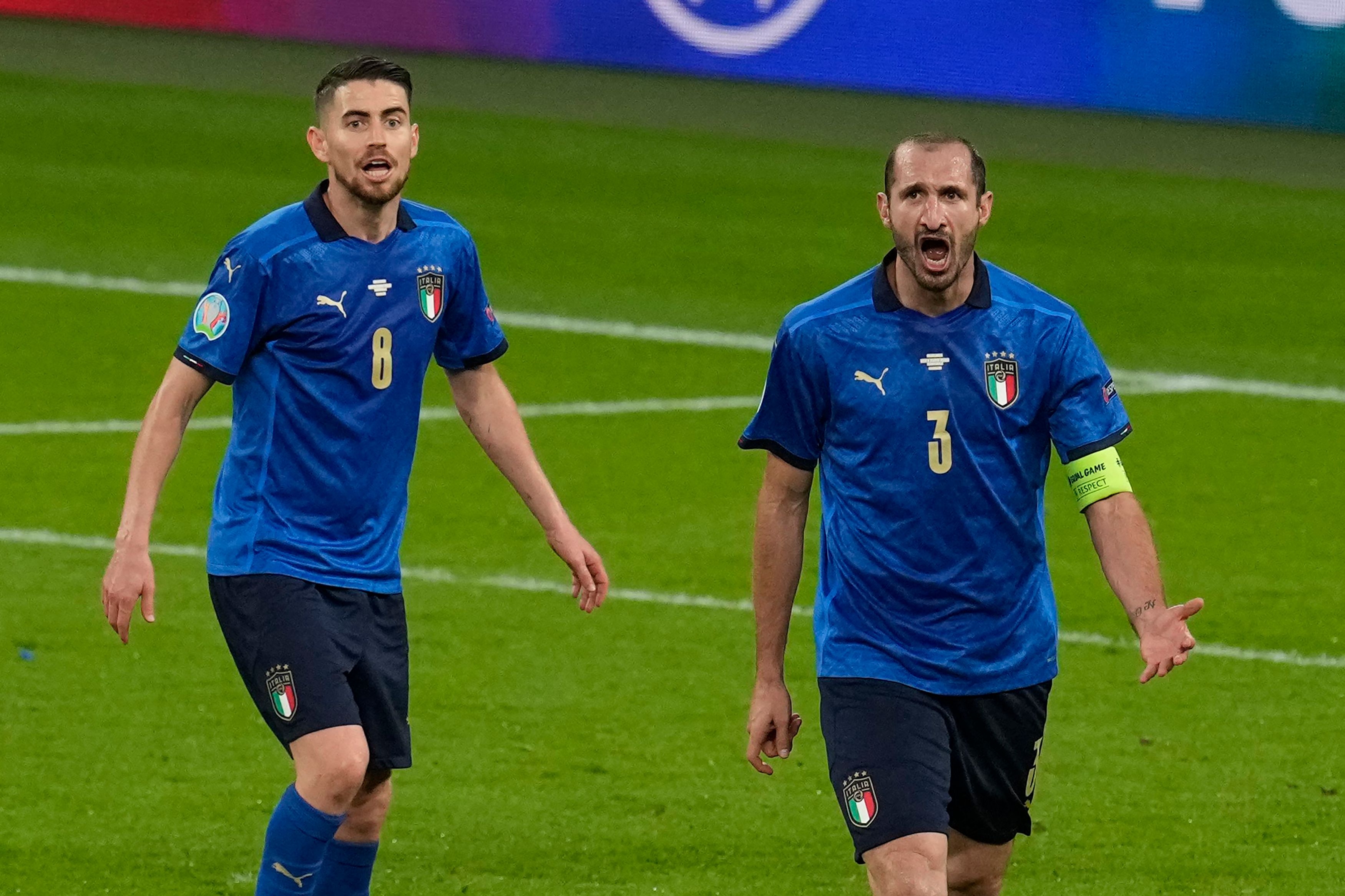 Italy were rocked with a Covid scare ahead of Sunday’s finalCredit: AFP

Officials immediately strengthened the bubble around the team and carried out tests to make sure none of the players or immediate staff were affected.

Their training camp on the outskirts of Florence was immediately shut and a specialist cleaning team was brought in.

An Italian FA source said: “It’s not the ideal preparation for the team and we are making sure that none of them are infected but we are taking no chances and tests are being carried out.

“The chance of infection with any of the team is small but we want to be sure — it means that training sessions with the media in attendance have all been cancelled and we are having to make other arrangements.”

Sources also said coach Roberto Mancini and the entire squad had all had their vaccinations.

Two, including Remedio, are thought to have picked up the bug in London during their trip to cover their team’s semi-final.

Remedio described last week how 60,000 fans would be gathering in the stadium with little prospect of social distancing.

The episode rekindled the debate on Uefa’s controversial decision to hold the game in London, despite the increase in infections in the UK.

BoJo was not going to let anyone stand in the way of football coming home and has now even had 10 Downing Street decorated with England flags outside.

Meanwhile, ministers here have grounded planes from Italy to stop Covid regulations being breached by a Roman invasion.

But around 1,000 fans from Italy will be allowed to skip isolation rules under an agreement with Uefa. Italy’s epic Wembley semi-final clash with Spain was packed with their fans – but only those who live in the UK.